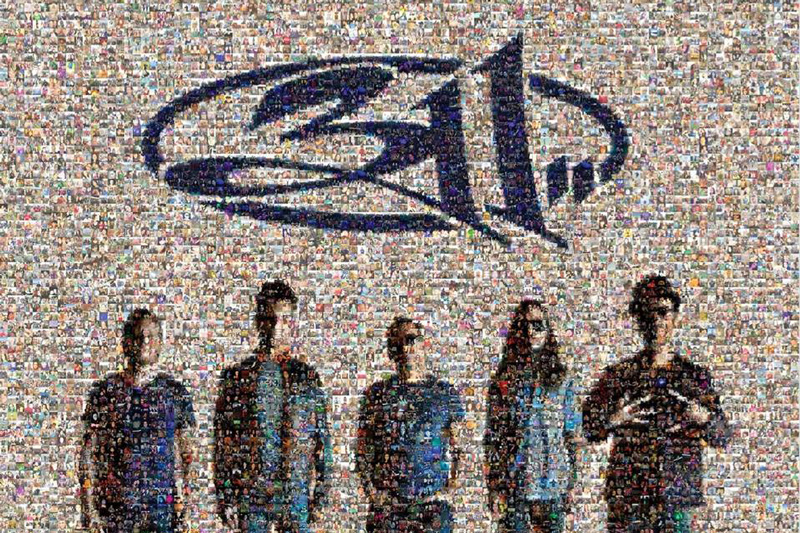 311 fans love nothing more than a lot of music from their favorite band. The multi-platinum group delivered 17 new songs on their latest album MOSAIC, out now! 311 have also just launched their extensive U.S. summer headlining tour. For MOSAIC, 311 worked with producer John Feldmann (Blink-182, Panic! At The Disco) as well as Scotch Ralston (who produced the group’s iconic Transistor, Soundsystem and Stereolithic albums). On the album singer/guitarist NICK HEXUM, guitarist TIM MAHONEY, bassist P-NUT drummer CHAD SEXTON and singer/DJ S.A. MARTINEZ dive into a variety of styles, flexing their collective musical muscle honed from playing together for almost three decades. There’s the current single “Too Much To Think,” of which Nick Hexum states, “Musically, it starts out with a signature 311 guitar riff. The unique thing about this arrangement is that the chorus is so sparse. Usually, the chorus is the biggest part of the song. The first time you hear ‘I wanna get high, but you’re keeping me low’ it's just voice and very sparse reggae guitar and bass. Then it kicks in. The song’s been described as an earworm. It sticks in your head.” Listen to the new single below!

Other songs include “’Til The City’s On Fire,” a track inspired by the latest production techniques coming out of Jamaica & the EDM scene; the rocking “Perfect Mistake” with an opening rap from S.A. Martinez that sets a fiery tone; “Too Late” highlights some of the heaviest and most dissonant riffs Hexum and Mahoney have ever churned out; and “Places That The Mind Goes,” an achingly beautiful love song that is by no means sweet. In support of MOSAIC, 311—a touring machine for over 27 years--launched their headlining tour of North America at Hard Rock Live in Cleveland. Unity Tour 2017 marks the group’s 18th consecutive summer headlining the U.S. The outing features special guests New Politics plus The Skints and Passafire (on select shows). 311 will also make headline appearances at several festivals and radio events. The full tour itinerary (June 23-Aug 20) is listed here! MOSAIC is available now for download!