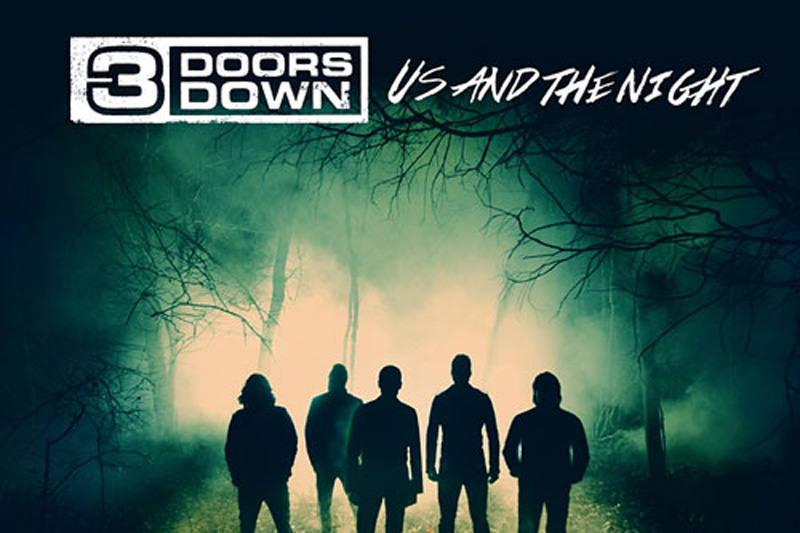 3 Doors Down has released their sixth full-length album, Us And The Night [Republic Records], available in stores and through all digital retailers. Chris Henderson and Chet Roberts both used their PRS’ on this album, a variety of singlecuts: SC250, Singlecut Hollowbody and Chris’ signature models. “In The Dark” shows a different side of 3 Doors Down. You’ll recognize the robust riffing, but it flaunts a sexy and striking chant that emphasizes a new groove and swagger altogether. On the new album Brad Arnold notes: "We’re all excited to release our new album Us And The Night. It’s truly been a labor of love and we can’t wait to get these songs out to our fans around the world.” Following 2011’s Time of My Life, which landed at #3 on the Billboard Top 200 and The Greatest Hits in 2012, the band continued its non-stop touring performing for audiences across the globe. Gearing up for Us And The Night, the group recorded the album at Rivergate Studios in Nashville, TN with producer Matt Wallace [Maroon 5, Train, Faith No More] over the course of 2015. It nods to the spirit of their breakout debut with seasoned songwriting and the biggest and boldest songs of their 16-year career to date. Get ready for a big year from 3 Doors Down including upcoming performances at Welcome to Rockville, Fort Rock Festival, and Carolina Rebellion Festival as well a soon to be announced headlining tour later this year. 3 Doors Down first found their own voice in 1995. It’s only gotten louder over the past two decades. Everything kicked off with their 2000 debut, The Better Life. The album went six-times platinum and introduced the world to their now-classic “Kryptonite.” Their fan base continued to grow with 2002’s triple-platinum Away from the Sun—which yielded the smashes “When I’m Gone” and “Here Without You.” Both 2005’s platinum-certified Seventeen Days and 3 Doors Down [2008] bowed at #1 on the Billboard Top 200 followed by Time of My Life’s #3 debut in 2011. In between countless sold out shows, the guys notched three Grammy Award® nods, scored two American Music Awards, and received a total of five BMI Pop Awards, including an award for Brad for BMI “Songwriter of the Year.” Us And The Night Tracklisting 1. The Broken 2. In The Dark 3. Still Alive 4. Believe It 5. Living In Your Hell 6 Inside Of Me 7. I Don’t Wanna Know 8. Love Is A Lie 9. Pieces of Me 10. Us In The Night 11. Fell From The Moon
← Back To Blog