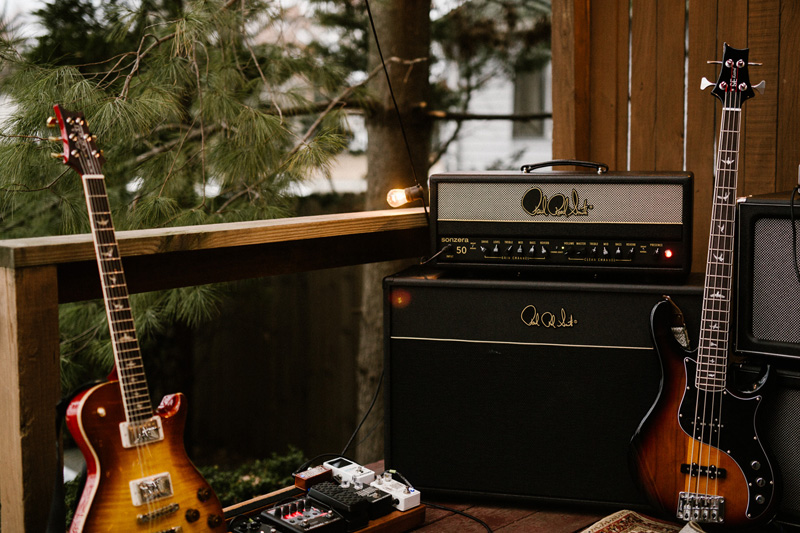 PRS Senior Amp Designer Doug Sewell has studied and played through hundreds of amps. He’s designed his fair share, too. Beginning in his garage workshop in Texas, Doug cut his teeth building tube amplifiers under his own name, Sewell Amplification. In 2007, Paul Reed Smith heard a few of Doug’s amps at the Dallas International Guitar Show and later convinced Doug to join the PRS team in Maryland. Today, Doug designs PRS amplifiers and works directly with artists including David Grissom, Mark Tremonti, and John Mayer to help them put their ‘voice’ into their signature PRS amplifiers.

If you’re wondering how to find your ‘voice’ with an amplifier, we riffed with Doug in order to bring some clarity to your search.

THERE ARE TOO MANY AMP OPTIONS - HOW DO I CHOOSE?

Well, you’re not wrong - the amp market is saturated with products. According to Doug, there are a few main questions you can ask yourself when choosing an amp and once you're through, the fog of amp-buying will dissipate.

Let's get down to it, here's what Doug has to say:

1. Do you lean towards traditional features or do your musical needs require modern offerings?

Traditionalists will embrace the fewest controls as possible, often rejecting multi-channel offerings and things like effects loops. One amp that comes to mind has only one volume knob—that is the most extreme case I can think of. Many older tweed amps had fewer knobs and these traditional artists love this kind of amp. They tend to rely on certain playing technique for dynamics—using the guitar volume and pick attack for clean tones or distorted tones. The amps tend to sound and feel more “organic” - blooming, full, sweet, dynamic. They require the guitarist to “push” the tones out of the amp, and for the artist to avoid chords and voicings that the amp cannot produce clearly or cleanly. PRS artist David Grissom is the epitome of this kind of player. With the simplest of amps, he can achieve many different “voices”, distortion levels, etc. as if there were multiple channels on the amp. These players usually have pedals that enhance the amp’s natural tone and performance and place them in front of the amp in the signal chain. This type of player does not require an effects loop by choosing effects (delays, etc.) that sound good in front of the amp and placed correctly in the chain with boosts or distortion pedals.

Modernist guitar players embrace technology to the fullest. Many have moved to digital amps with great success. This genre of amplifier seems to be developing as quickly as early computer designs—doubling in power and function every 6 months or so. Backing off from 100% digital, amps with modern features include multiple channels, effects loops, midi switching capabilities, etc. Amplifiers can now switch between power tube types, classes of operation, cathode/fixed bias, along with many other useful features. MIDI can control your effects along with the amplifier features to allow for near-infinite possibilities of tweaking and sounds.

The Bottom Line: Fortunately, many (or arguably most) new amps these days fall somewhere between the extremes of traditional vs. modern concepts of amp technology, allowing you to pick which features you find important and not spending money on things that aren’t important to you.

2. Do you play mainly one genre of music, or do you need to cover a lot of musical ground?

Having designed amps for a while now, it is very apparent that designing the perfect “Swiss-army amp” is neither possible nor practical. By designing an amp and choosing its components for a more specific purpose, the amp’s voicing is able to be honed-in to a particular genre of music. Of course, it is possible to widen the tone spectrum in any amp design, but the “wider” you get, the more of a compromise has to occur. The more compromise that occurs, the less specialized and more generic an amp may become. That's not to say you couldn't convincingly play traditional jazz on an Archon, or "Djent" on a DG 30 with a pedal, but those amps were not initially conceived for those genres.

The Bottom Line: If you’re playing predominately one style of music, choose the amp that does that job the best, without compromise.

Well, unless you’re powering all your tones with pedals... 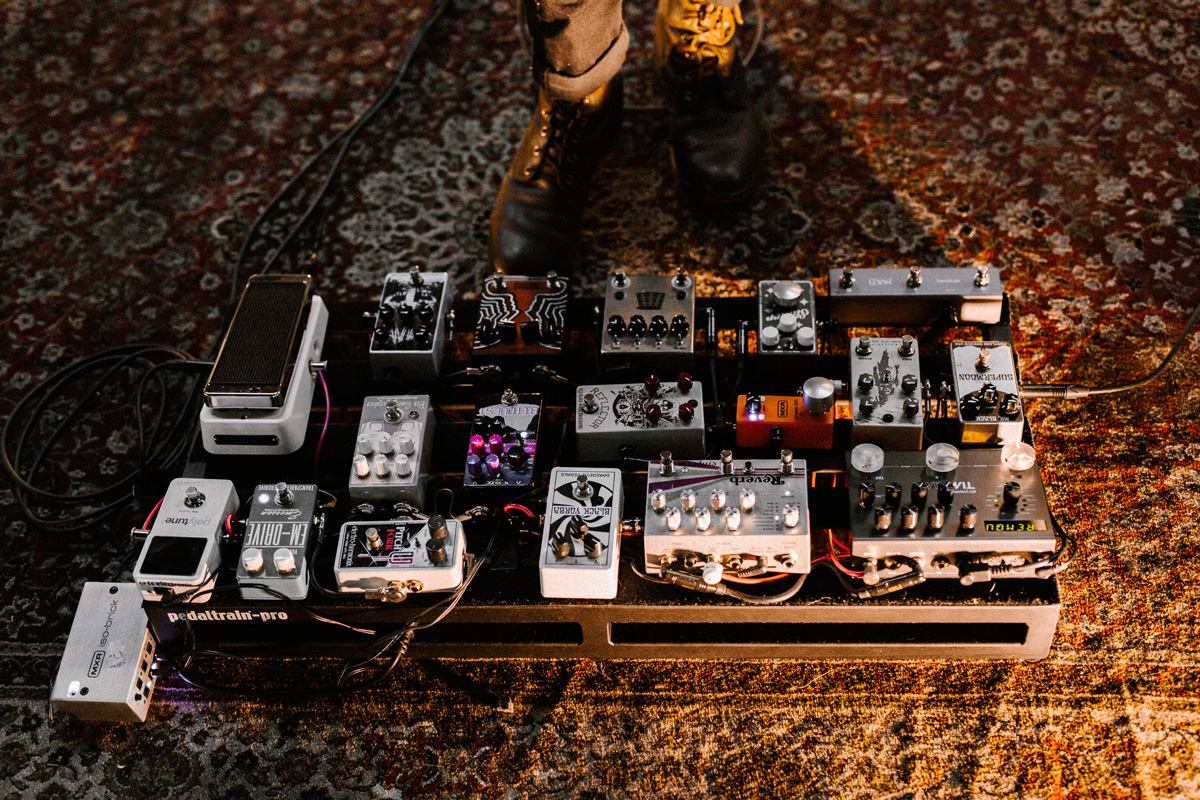 3. Are you using pedals to replicate specific tones?

The pedal industry is very active and the number of offerings is staggering. Many guitarists rely heavily on pedals for their various amp tones, which widens the potential selection of a new amp purchase. An amp that “nearly” meets all your criteria can be brought into near perfection with the use of a pedal. The question becomes how reliant on pedals are you? The more reliant on pedals, the more generic an amp would be logical. At that point, your amp selection would be more a function of physical criteria (size, configuration, wattage).

The Bottom Line: If you're relying on pedals to do the work of your amp tones, you have some additional freedom in selecting an ampflier that's not "perfect" for you.

4. Should you lift that half-stack up three flights of stairs?

In recent years, my views on amp wattages have changed with technology. Refinements in circuitry and devices such as attenuators have really thrown a wrench in the small amp vs. big amp debate. This debate boils down to preamp vs. power amp distortion usually. It really came home to me when I read a thread on a guitar forum where a poster described the PRS Archon 100 watt amp as one of the best “bedroom” amps he had ever owned. The key to our Archon design was a well-voiced preamp distortion coupled with a well-designed master volume.

Additionally, there are devices now that can attenuate 100 watt amps down to whisper quiet while still retaining great tone, and conversely devices that can take a 5 watt amp up to 100 watts. At gigs, small amps can be mic’ed to sound huge, and large amps can be isolated and mic’ed for volume control. So, I would say that wattage of the amp can now be controlled very easily and affordably, so I would not let a wattage outside of your initial criteria cause you to not consider a particular amp if you really like it.

The Bottom Line: With attenuators and modern technology, prioritizing the wattage of your amp in your purchase decision can be minimized. You probably don't need to lug that 100lb head around, unless you are trying to convey a certain image. In that case, read on... 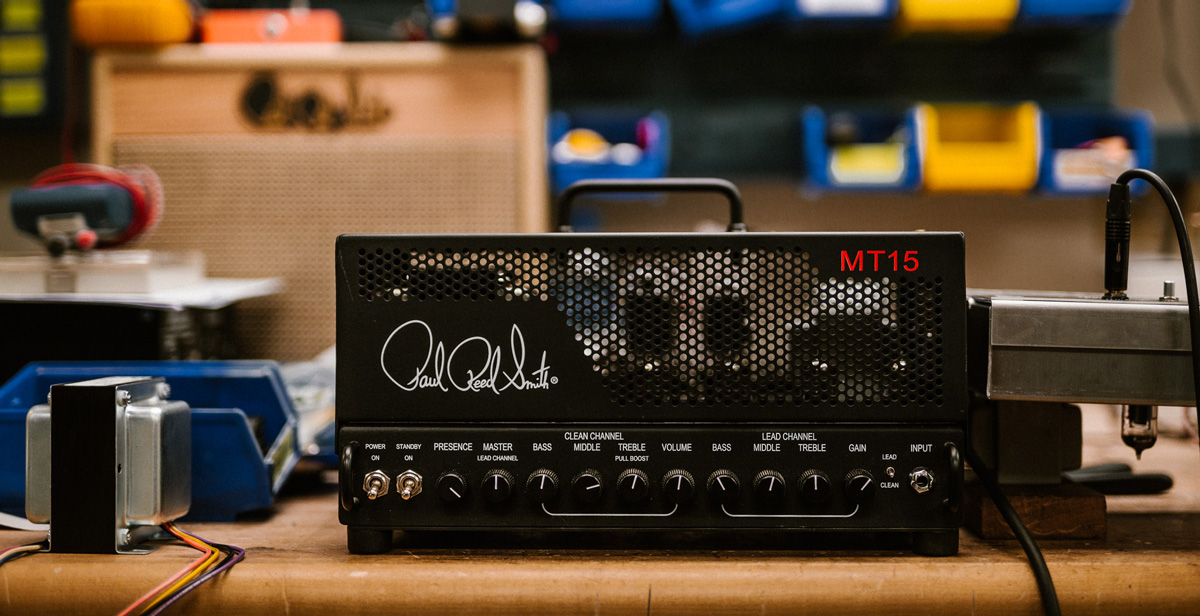 5. How important is the appearance of the amp to you?

I have known people that love the tone of an amp, but wouldn’t have it on stage because of the way it looks.

The Bottom Line: The power of this bullet point is entirely in your hands, or should we say eyes. 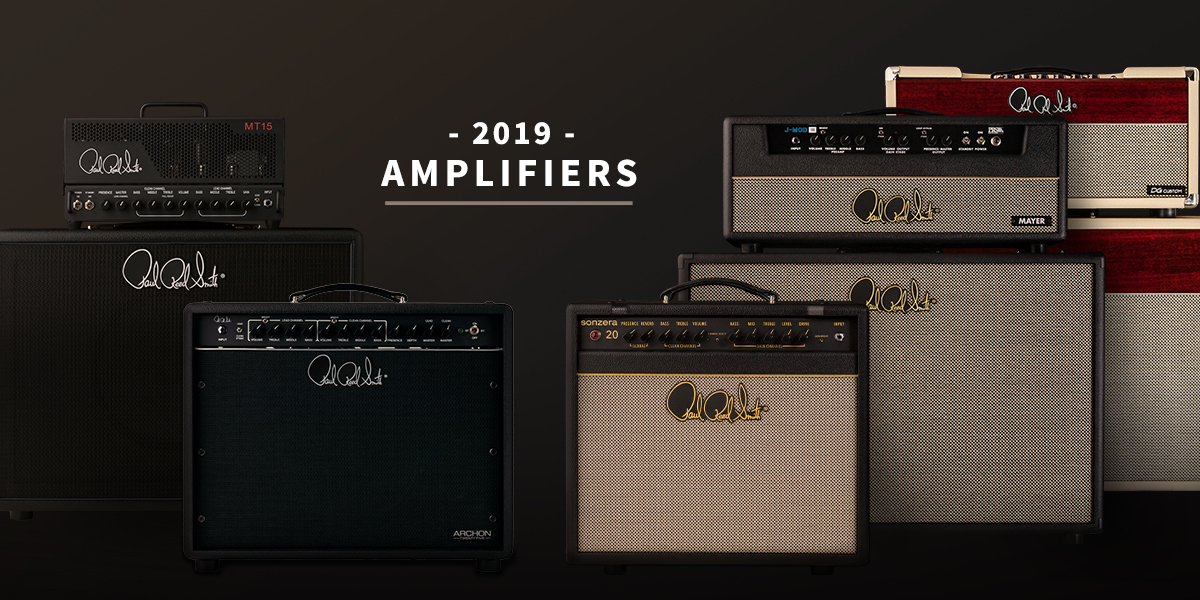 Curious how Doug and our amp team put these philosophies into practice? Explore the PRS amp lineup below:

DG CUSTOM 30: A collaboration with David Grissom to rival his best vintage amps.