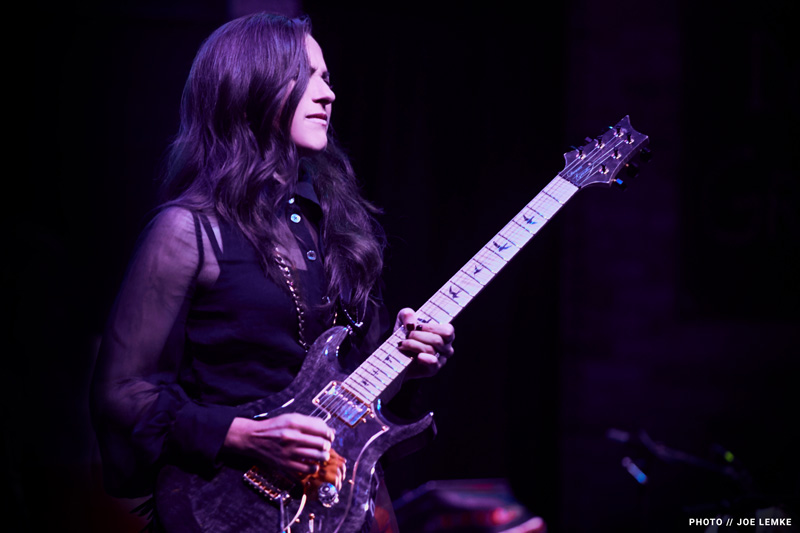 Canadian guitarist and PRS artist Donna Grantis is best known for performing with Prince in his groups 3RDEYEGIRL and New Power Generation. As co-lead guitarist in Prince’s most rock heavy band (3RDEYEGIRL), Grantis was named one of fifty sensational female guitarists by Guitar Player Magazine: “Trading blazing solos with the late Purple One on a nightly basis, she proved her mettle, and earned a place in guitar history.” Grantis composed the title track to Prince & 3RDEYEGIRL’s 2014 release, PLECTRUMELECTRUM, an instrumental song re-arranged by Prince that highlights the band’s improvisational prowess. The album soared to #1 on the Billboard Rock Chart. Upon joining the NPG family in 2012, Grantis toured throughout the UK, Europe and North America, taking part in the Live Out Loud, Hit & Run and Hit & Run 2 tours. Other notable performances include 3 nights headlining the Montreux Jazz Festival, the Baltimore Rally 4 Peace concert, The White House for the Obama family, and a concert for Madonna and her touring crew at Paisley Park. Grantis has had the pleasure of sharing the stage with Pearl Jam, Stevie Wonder, Chaka Khan, Janelle Monae, Kendrick Lamar, Lianne La Havas and Judith Hill. Television appearances include Late Night with Jimmy Fallon, the Billboard Music Awards, the Arsenio Hall Show and a history-making eight minute set on Saturday Night Live. 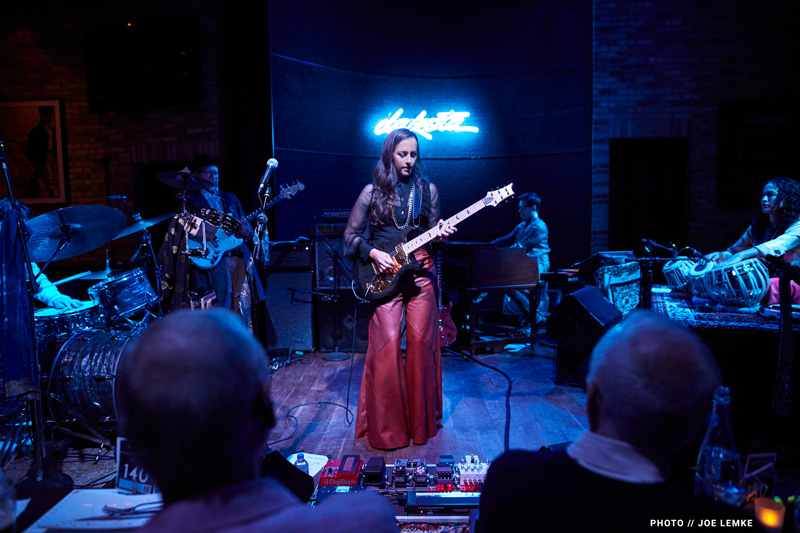 Prior to working with Prince & 3RDEYEGIRL, Grantis was a performing artist, session musician and musical director based out of Toronto, Canada. As a leader and composer, she fronted an instrumental jazz-fusion trio called the Donna Grantis Electric Band. Continuing in that spirit, but now with a plethora of knowledge and experience gained from working alongside the greatest musical mentor of our time, she is ready to debut her newest musical project as a bandleader. Rooted in blues, with a rock edge and a jazz sensibility, Grantis cites Prince, Hendrix, Jeff Beck and John Scofield as prominent influences. With a passion for music produced during Miles Davis’ “Electric Period” from the 1970s, Grantis seeks to create an exploratory musical platform, both ethereal and groove based. NEW GROUP & FORTHCOMING ALBUM “There are two albums, in particular, that I was introduced to by Prince, that have been hugely impactful on my musical journey and continue to shape me as a player. They are: Santana III and Big Fun by Miles Davis. Both albums share a common thread. They were recorded in the early 70s. They are live, analogue, improvisational, exploratory, experimental and genre-bending. Songs from Big Fun were often played in clubs and arenas as fans took their seats in anticipation of 3RDEYEGIRL concerts, minutes before Prince, Hannah, Ida and I hit the stage. The music set an introspective mood. This record opened up a whole new world for me of other albums created by Miles during his “Electric Period” of the early 70s: Live-Evil, On The Corner, Dark Magus... Throughout 2016, I gravitated towards the controlled chaos and dissonance of these records. I began composing music for a new musical project and I moved to Uptown, Minneapolis. 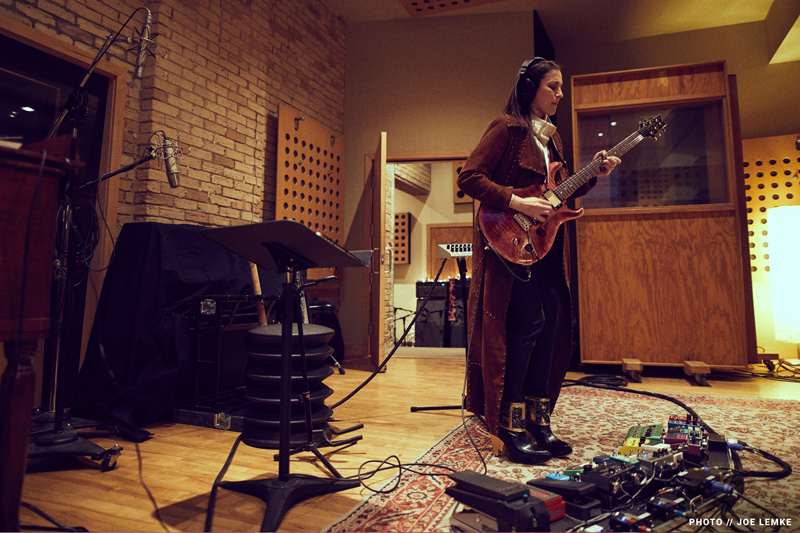 During the following two months, I was on the lookout for a band. I scoured the internet, and frequented local clubs like First Avenue and Icehouse, searching for multifaceted players whose passion and skills fit the vibe and direction of the new music I was creating. In early 2017, drummer JT Bates, pianist Bryan Nichols, bassist Cody McKinney, tabla artist Suphala and I got together for 3 days. The chemistry was instant. I wanted to capture the essence of our first few days of jamming. One of the things I learned during the recording process of PLECTRUMELECTRUM, is that when there is not a lot of preparation involved, what is captured on record is the players’ first instinct. There is a sense of urgency to nail a take and a visceral spirit behind the music that is fresh. On January 16th, 2017, we recorded 5 songs at The Terrarium Recording Studio. We will be returning to the studio this August to complete the record. - Donna -- Check out a sample of the band's latest work below: 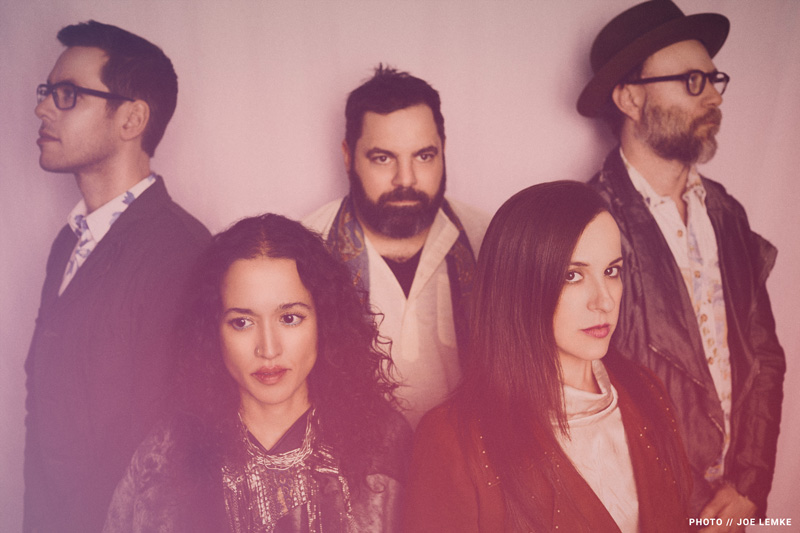