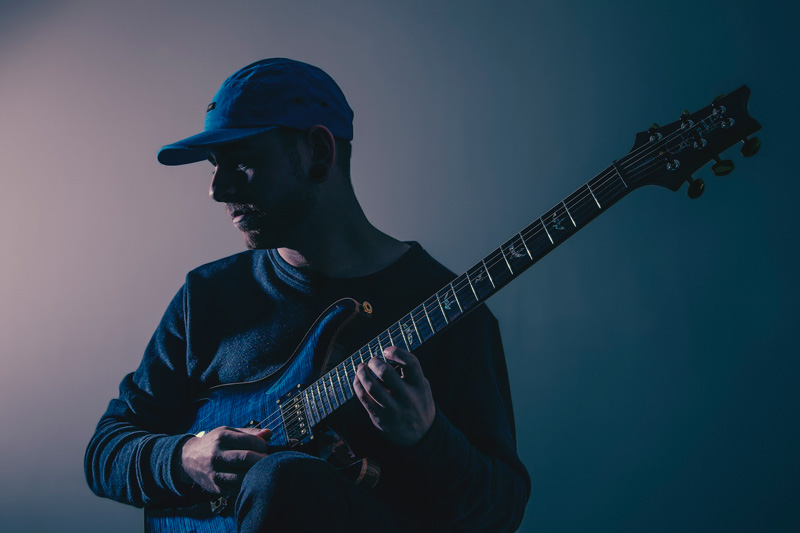 Recently, PRS artist Aaron Marshall debuted his new single "I'm Awake." The song is part of The Shape of Colour, a new album his band Intervals is slated to release on December 4th. -- The album was crafted by guitarist Aaron Marshall, bassist Cameron McLellan, and drummer Travis Orbin and contains all-instrumental prog/metal tracks that are a blast to listen to. "I'm Awake" was the first song Aaron wrote for this album was an important one to him. In an interview with Redbull Music, Aaron says, "This tune means a lot to me for many reasons. This year actually began with a pretty heavy surgery for me, and when I came to, this riff was rolling around in my head. I tend to instinctually vibe off of stuff like that, so I knew I had to go with it." "On a different level," Marshall continues, "when I began writing this album, I wanted to be very open and honest with myself, musically. I find inspiration in a lot of different music and the goal was to write a piece that functions as a welcoming entry into the sound of the record that has energy, and strong melody, without being too aggressive or dense. All in all, the combination of realizing the direction I wanted to take this record in, coupled with the undeniable fact that the theme of this song was somehow already in my head when I gained consciousness after surgery gave way to the title: 'I'm Awake.' " Listen to the single below:

We asked Aaron about the guitars he used for the album, specifically the Custom 24 he is often seen riffing on. "The Custom 24 is such a timeless classic. Most instruments are known for one, or two tricks, but when I think about the CU24, I'm never worried about a situation where I can't make it punch, twang, cut, or clean up. It really is like the Swiss Army Knife of guitars AND they're fun to look at!" --