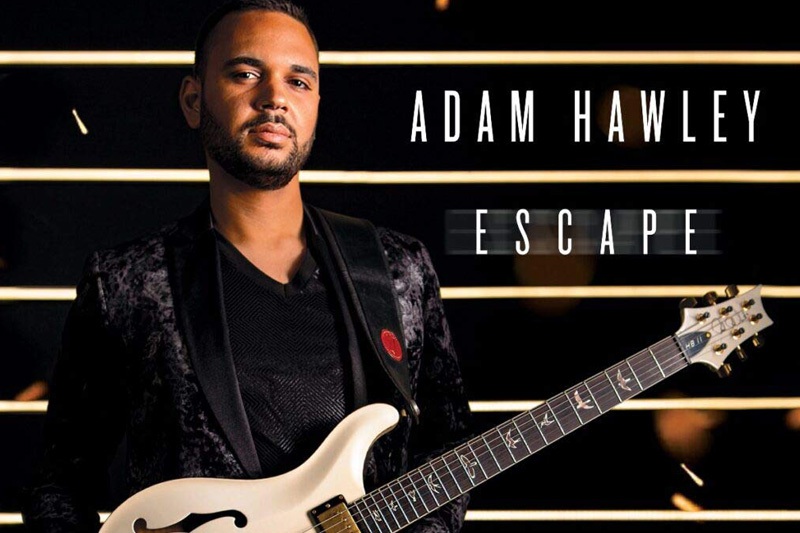 Renown Jazz guitarist and PRS endorsee Adam Hawley has hit another career milestone, with his song "Escape" reaching the top of the Billboard charts. This marks Adam’s fifth number one hit in the Billboard smooth jazz category and his seventh overall.

"Escape" comes from his recently released third album of the same name. In addition to being a sought-after composer and performer Adam is also a professional music instructor. He currently teaches at Musician’s Institute, Chaffey College, and Saddleback College and possess a doctorate in music.

PRS: Congratulations on "Escape" reaching the top of the Billboard smooth Jazz charts, your seventh number one hit! What is your secret to writing a song that resonates so well with a wide audience?

AH: Thank you so much! There are a number of things I look for in writing and producing. It's very important to me to find a balance between artistry, musicianship, and connecting with my fans. I am writing constantly; I'll often have 30-40 songs in the running for any particular album, and I take a great deal of time curating the 10 songs to find the right fits in terms of selections that have radio potential, album tracks, different tempos, different styles, etc. The most important thing to me is finding the cross section of tracks that can have impact on radio but at the same time have an album that displays my full artistry and that the listener can enjoy straight through, no skipping!

PRS: Who have been the largest influences on you as a musician, as a guitarist, or just in general?

AH: I have so many influences, and it depends on the genre we're talking about, definitely in a jazz setting it would be George Benson and Wes Montgomery. For rhythm guitar it would be Paul Jackson, Jr. and John "Jubu" Smith. For blues it would be Robben Ford and SRV. I've been a deep student of the guitar and love transcribing and really getting inside the playing of the greats.

PRS: You have been hosting a regular Wednesday night livestream called AH Live, was that something that developed in direct response to the COVID lockdown?

AH: Definitely. I had the amazing honor of having the #1 selling jazz album (as per Nielsen) in the U.S. when my album dropped February 28! And then the world shut down on March 14. I had 50-60 shows that would have happened in 2020 which would have been instrumental in continuing to push the album and move units. So initially I started the show AH•Live! to introduce my fans to the new album, but then I started incorporating guests and it really took on a life of it's own. It's also helped me bring in a great deal of new fans as well. And the guests have been incredible, everyone from Paul Jackson, Jr. and Deniece Williams to Dave Koz, and more.

PRS: You are an accomplished music instructor with a Ph.D. in Musical Arts from the University of Southern California. Do you enjoy teaching as much as you do performing?

AH: I absolutely love teaching. Over the years I've taught at a total of 4 colleges/universities and performed countless masterclasses/clinics worldwide. I am currently at Saddleback College in Mission Viejo, CA and have some really awesome students. We focus on everything from production, performance, fundamentals, performance, etc. Many of my students have gone on to have incredible careers!

PRS: What are you currently listening to the most these days, while not producing your own music?

AH: I listen to everything! Especially when I'm driving I have about 20 stations I flip through; I always want to stay current so I listen to the pop station here in LA, modern R&B, straight ahead jazz, contemporary jazz, 70's funk, K-Rock etc. There is so much great music out there so I do my best to listen and be influenced by all of it.

Adam’s new album is out now.