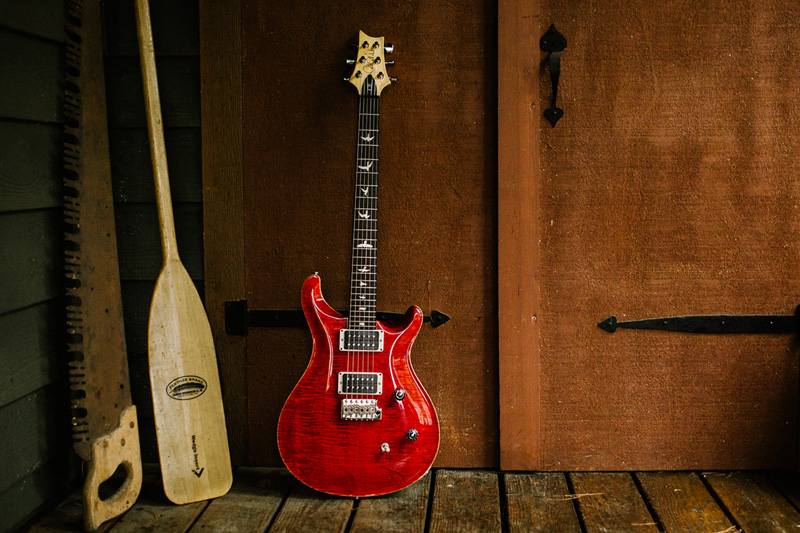 Steve Menoian (I Prevail), Dylan Bowman (I Prevail), and Billy Martin (Good Charlotte) each use the PRS CE 24 at the heart of their gigging rigs. When we reintroduced the CE 24 to the PRS lineup in early 2016, we intended to continue its long legacy of being a workhorse guitar: stable tuning, a wide range of tones, and extremely comfortable playability. Below, learn how these three artists use the CE 24 to get their sound each night.

What aspects of your CE 24 drew you to it?

Steve Menoian: I was instantly drawn to its playability from the first time I picked one up and started noodling. Then when I plugged it in, the clarity of the pickups, specifically in a high distortion context, was in another league compared to anything I had played before. I also really love the attack of the low end, which is important in our style of music.

Dylan Bowman: The CE 24 is a true road warrior. So the initial idea was to find a guitar that could handle the wear of being on the road while crushing it on tone. It definitely hits on both of those points, on top of having an incredibly accessible fretboard.

Billy Martin: Like all PRS guitars, I don't think there is a better looking guitar! I've always loved Custom 24s, it was the first PRS I owned and still my favorite to play. After taking a few years off from doing Good Charlotte, I came back wanting to try something new. The maple neck was something I hadn't used as often and liked the idea of trying something different. After doing a little researching the CE24 seemed like the perfect fit and it has become my main guitar on tour now. 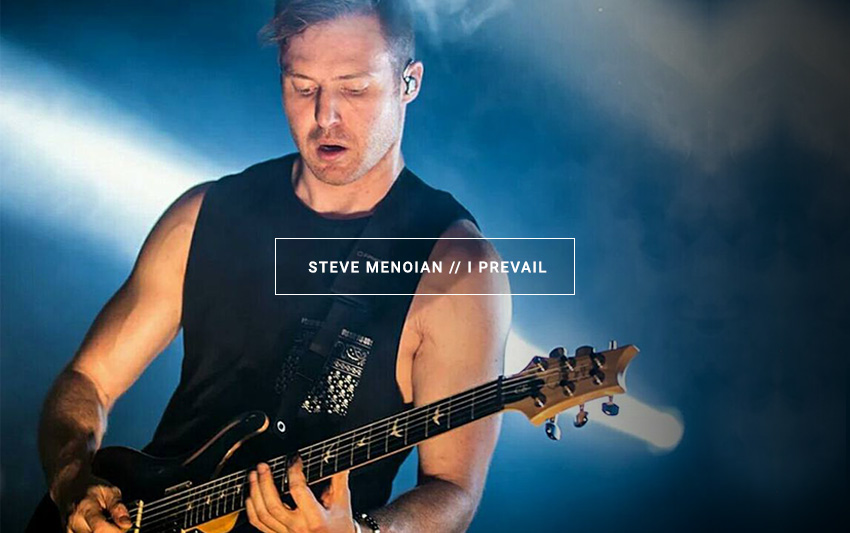 Do you have a favorite or most used pickup position? If so, what do you like about it?

Steve Menoian: I'm on the double coil bridge pick-up for 90% of our set. For our sound, I really like the attack and clarity it brings to our high gain and chuggy parts. I'll switch to the middle or neck positions for some of the more verbed out or delayed leads.

Dylan Bowman: For the most part I'm usually on my treble pickup position. I find that it still gives me a sharp cut on my chugs. But when we play some songs with more dynamics I like to play with the push-pull features to give it a little more depth.

Billy Martin: I keep my pick up selector down on the bridge pick up almost all the time. However, there are some leads where I flip it up to the neck position which sounds really cool. I also do some clean guitar parts with the wah pedal that sound nice in the neck position as well.

What do you do to warm up before you hit the stage?

Dylan Bowman: Before I play I like to warm up with some stretches. Hands, legs, torso, it's all necessary if you're gonna go all out on stage! Then usually just go through my usual list of go to riffs to get the blood pumping!

Billy Martin: Sometimes it's hard, but I try to take 30 minutes to sit with my guitar and play a little. I will run some scales and a few finger stretching exercises on the fretboard. Usually Dean, our drummer and Paul, our bass player and I will run through a few songs on the bus or in the dressing room to get synced up. 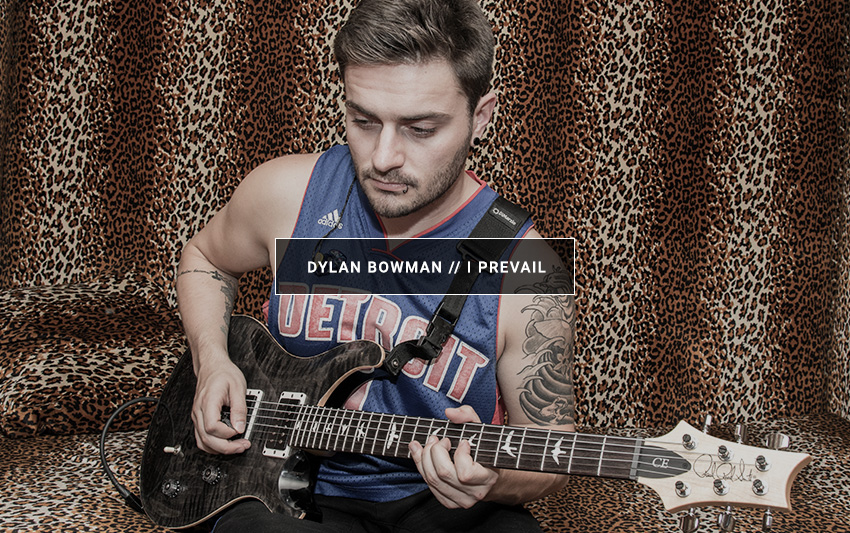 Steve Menoian: Always the hardest question to answer... Festivals are always fun when playing to thousands, often tens of thousands of people. I love the challenge of winning new fans over in those environments. We just played Carolina Rebellion in Charlotte last weekend and we set the attendance record for our time slot. Those were some of the craziest pits I've seen at any of our shows. The crowd was divided into two sections and on our last song we had two simultaneous walls of death going on each side. That was definitely one of my favorite live moments.

Dylan Bowman: Hmm, that's a tough one only because there has been so many great gigs. But I really enjoyed selling out my hometown venue in Grand Rapids, The Intersection. It was a cool sight to see just because I grew up watching so many bands sell it out. Such a great feeling of accomplishment.

Billy Martin: Hardest question to answer! Haha. I feel very fortunate to have played in as many countries and venues as I have. Currently there is something really special about the Good Charlotte shows. I think maybe it has something to do with taking such a long break. There is a genuine excitement between us and the fans that feels like it did when things were first starting to take off for GC. It's hard to pick a specific date, but the current tour cycle we are on is up there for favorite shows.

Much love to @prsguitars for the hookup on all these badass CE 24s for the Lifelines Tour... Never been happier with our live sound ������������

When you pick up a guitar for the first time, what do you play?

Steve Menoian: Usually just some stock blues pentatonic type licks I frequently play to get my hands moving. Pretty typical for a lot of players I'm sure! Then it just depends what kind of mood I'm in... I'll go into some heavier riffing or more vibey, effected lead stuff. Also could be a new song or part I'm working on.

Dylan Bowman: Really depends on what I'm checking for, if I want to test out the action I like playing something pretty syncopated, something really riffy. Every once in awhile I like to pull out a few bars of yellow Ledbetter from Pearl Jam to hear that warm tone.

Billy Martin: It's funny how many of your earliest guitar habits stick with you. I love add 9 chords and minor pentatonic scales, always have! When I'm just playing around on a guitar it will probably be something involving those. I try to keep myself inspired by learning riffs from new songs I'm into, so if something is fresh in my head it will probably be that. 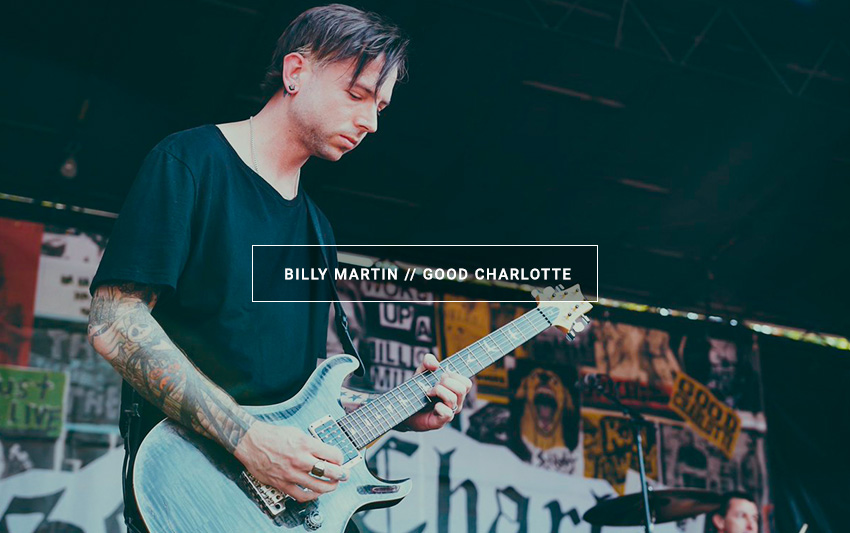 What inspires a new song idea and how do you jot it down?

Steve Menoian: A lot can inspire a new song, but generally I would say a song is always inspired by an emotion that hits me in a strong or significant way. The fun and challenging part of being a guitar player is to try to find a part that matches or even enhances that emotion. It could be a riff, a lead melody, a progression, a tone... really anything. If I'm feeling inspired, the important thing is to just get the idea out in its roughest form. I don't over think it or start refining at that point. I usually throw it in a voice memo or the simple recording app I have on my phone. Then I'll go back later and listen more critically to start refining, adding different nuances, layering, etc.... or delete it and say what the hell was I thinking?! It's an ever evolving process.

Dylan Bowman: When I'm home from tour I'm constantly closing myself off in a room and playing guitar for a few hours. I'll usually record a video or voice memo on my phone if I catch an idea that I think the other guys might want to run with. I don't really think about the overall structure or final idea of a song. Most of the time I'm just riff building for fun.

Billy Martin: Inspiration can come from anywhere, which is a pro and a con! I can't tell you how many times I'm watching a show or a movie at home with my wife and something pops in my head. I do have a note in my phone full of ideas, sometimes its just stuff like "figure out chord progression of a certain song" or "try mixing a certain guitar tone from a song with a rhythm from something else". I also have countless 20-30 second clips of me recording myself playing a riff into my phone's video camera. I have a home studio as well, which I use to develop the ideas, but sometimes you don't have time to get the idea down that way!