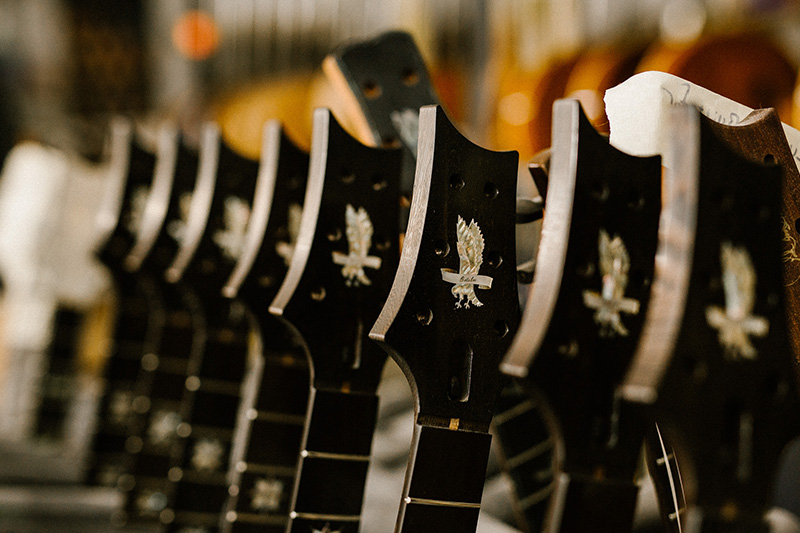 We call the October Guitar Of The Month, the "Lotus Knot Custom 24"

In the mid 1980's when a young, shaggy-haired Paul Reed Smith was deciding on the guitar body shape that would become synonymous with his name for decades to come, he was extremely careful and detailed throughout the process. Paul has told stories of the late-night sessions spent sketching, crossing out, and re-drawing dozens of shapes, one of which would become our company's first production model, the "Custom."

Over the years, we have seen the "Custom" evolve, including a name change to the "Custom 24." The Custom 24 has been in the PRS lineup for more than 30 years, and has been played by thousands of touring artists, gigging musicians, and aspiring players looking for a quality instrument. 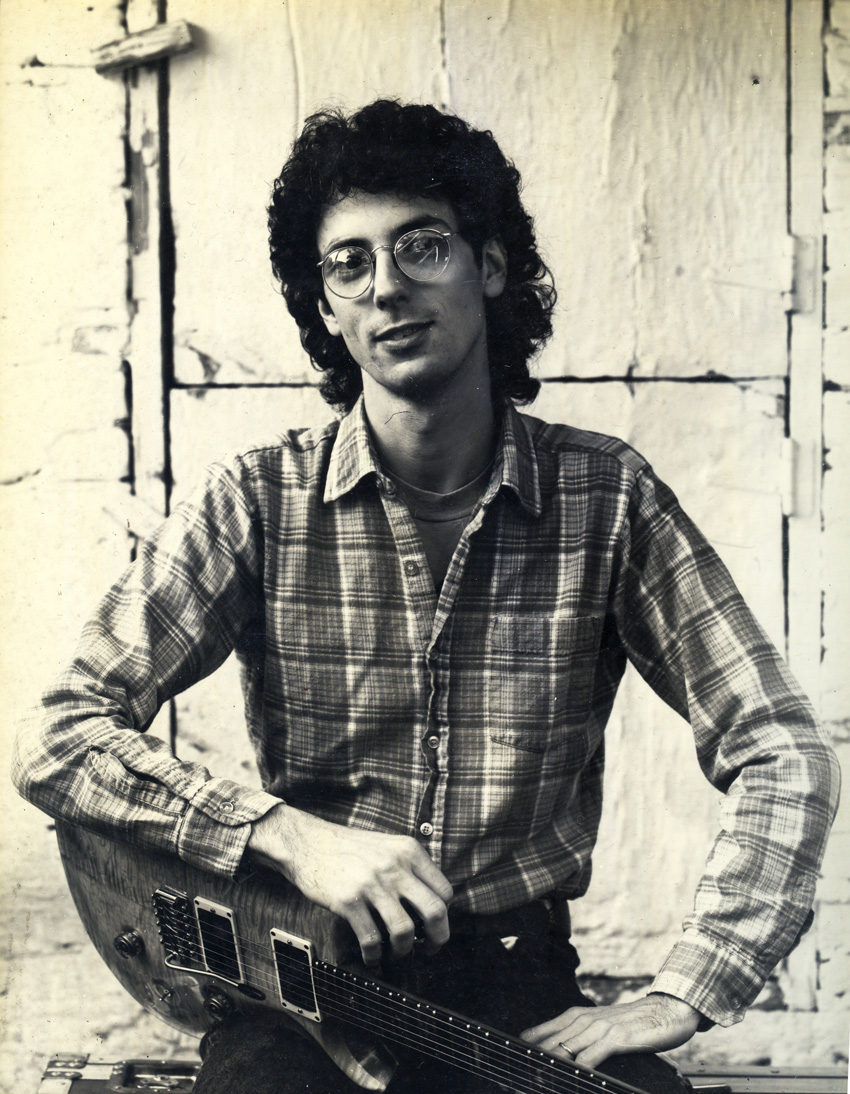 Paul's love of guitar making has always been rooted in the philosophy that guitar building is an ongoing process of discovery, and he's not done yet. The Lotus Knot Custom 24 is a tip of the hat to our classic Custom 24 design, but with appointments only fitting for a Private Stock instrument. This October Guitar of the Month features unique Lotus Knot fingerboard inlays made from dozens of pieces of mother of pearl, and Paul's recently designed 58/15 LT pickups.

See photos of the Lotus Knot Custom 24 below. 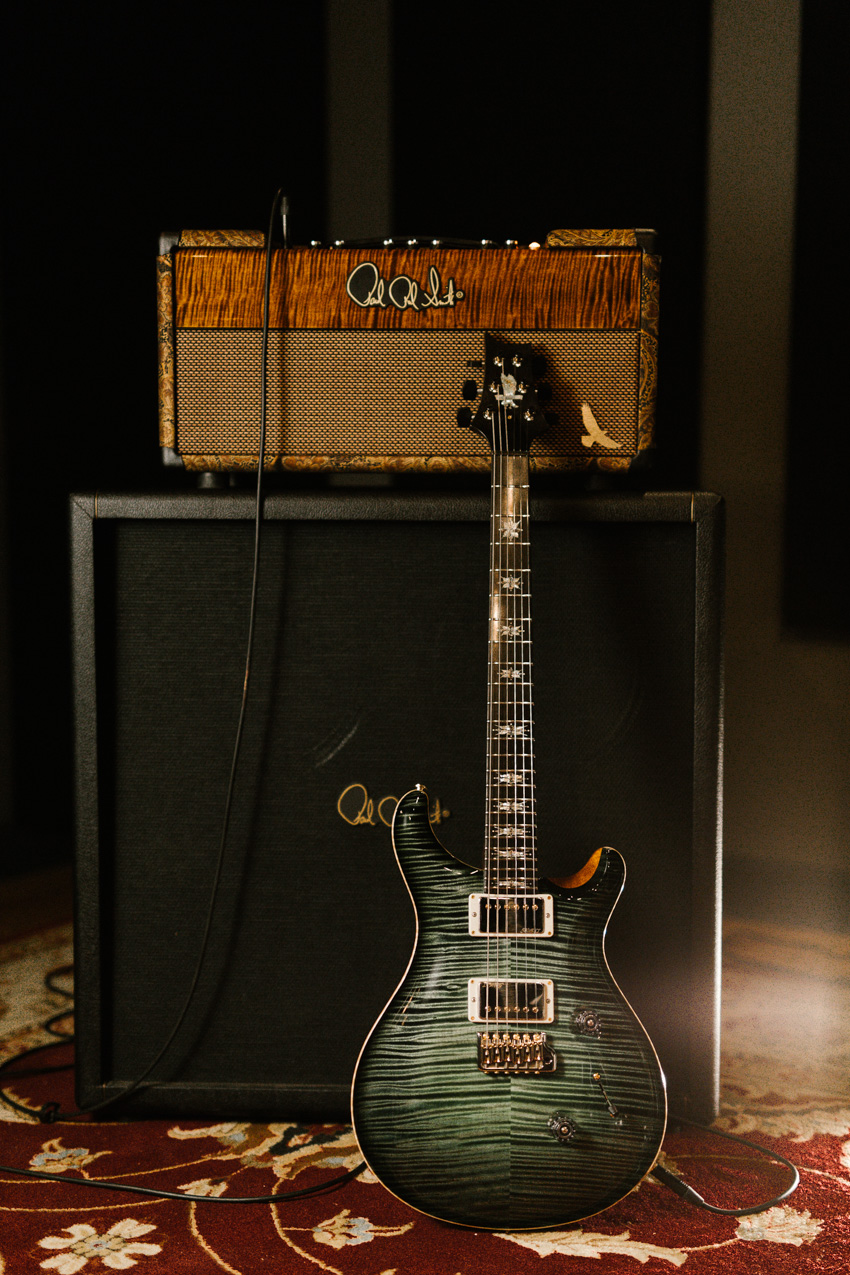 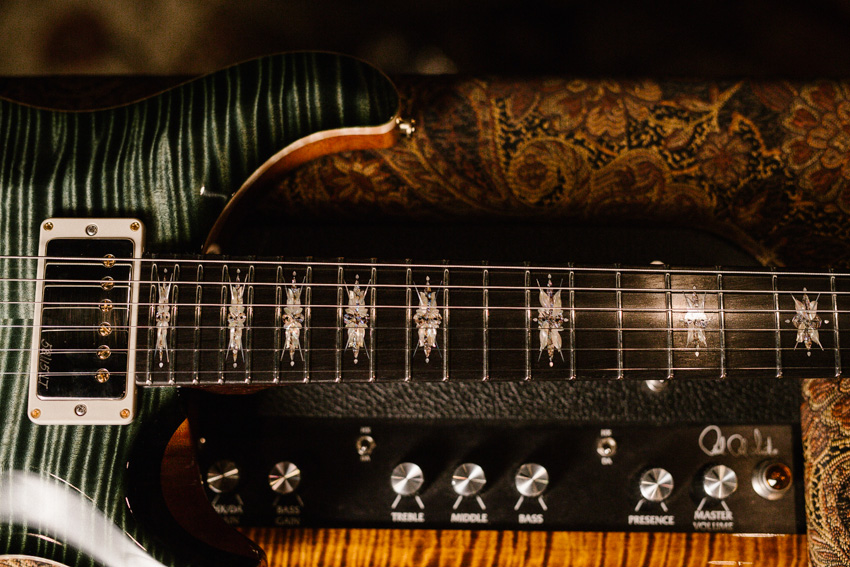 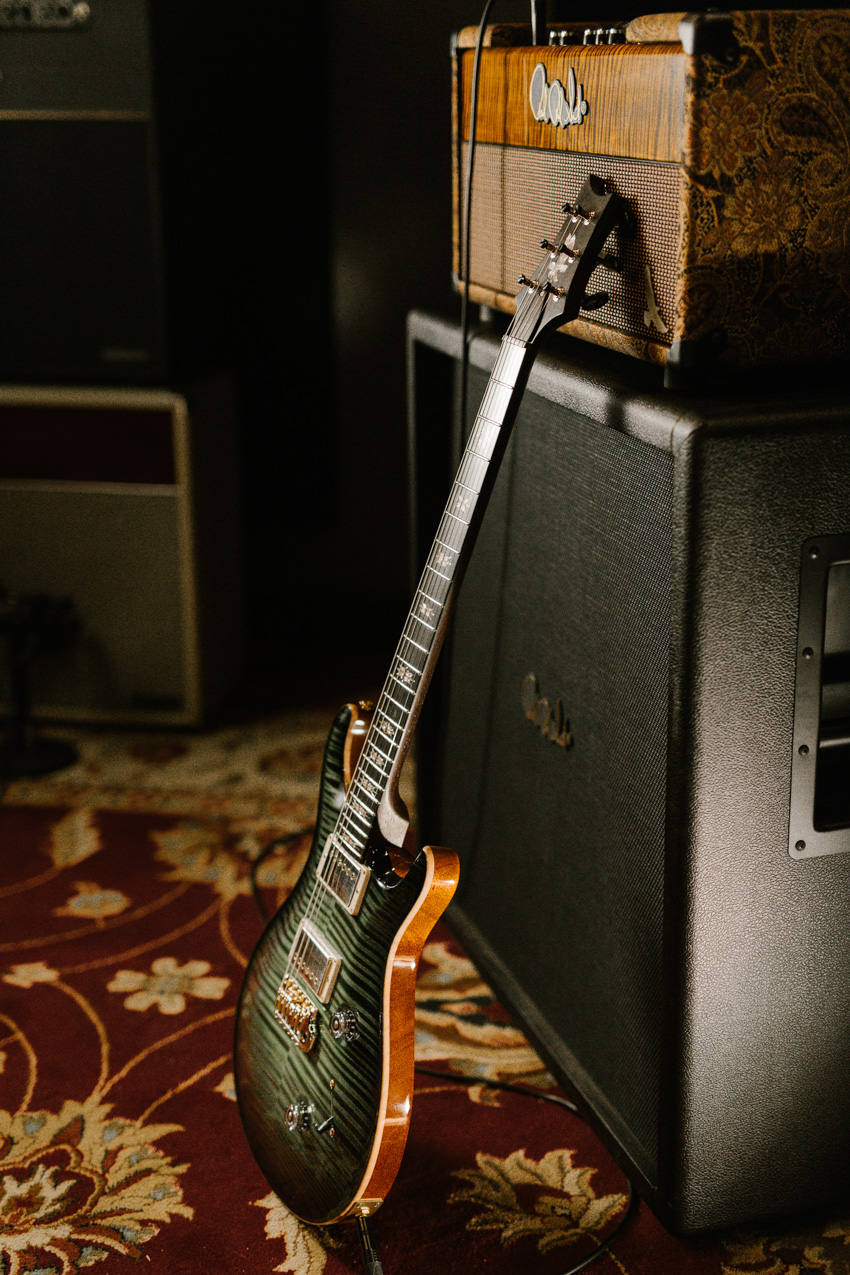 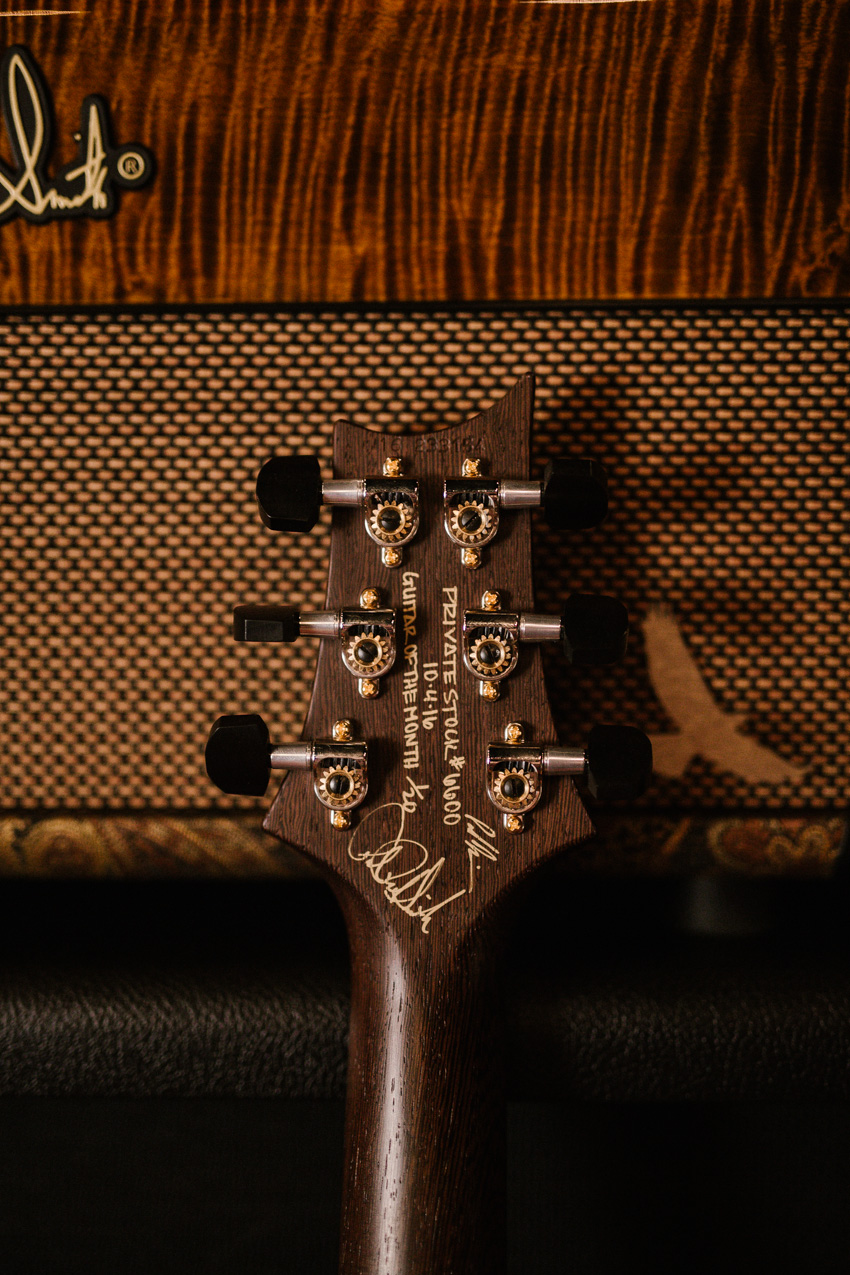 Full specifications for the October Guitar of The Month are available here.

The Lotus Knot Custom 24 will be crafted in a batch of only 20 pieces to celebrate Private Stock's 20th Anniversary. They can be found at the following dealers.