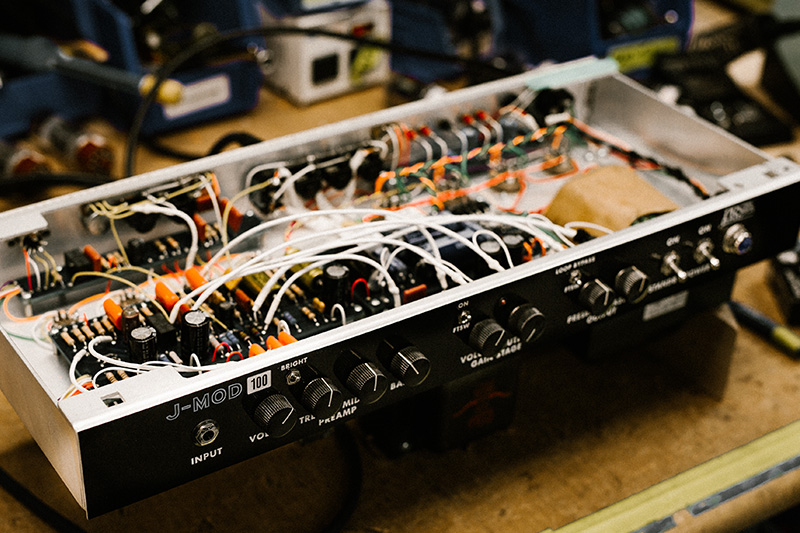 To date, John Mayer has used his J-MOD 100 signature amplifier on over 50 tour dates around the world. However, prior to his successful runs with Dead & Company and his own "Search For Everything" tour, Mayer, Paul Reed Smith, and amp designer Doug Sewell spent months researching and designing the J-MOD 100.

Below, John took some time to answer questions about his new signature amplifier and the process of its creation. 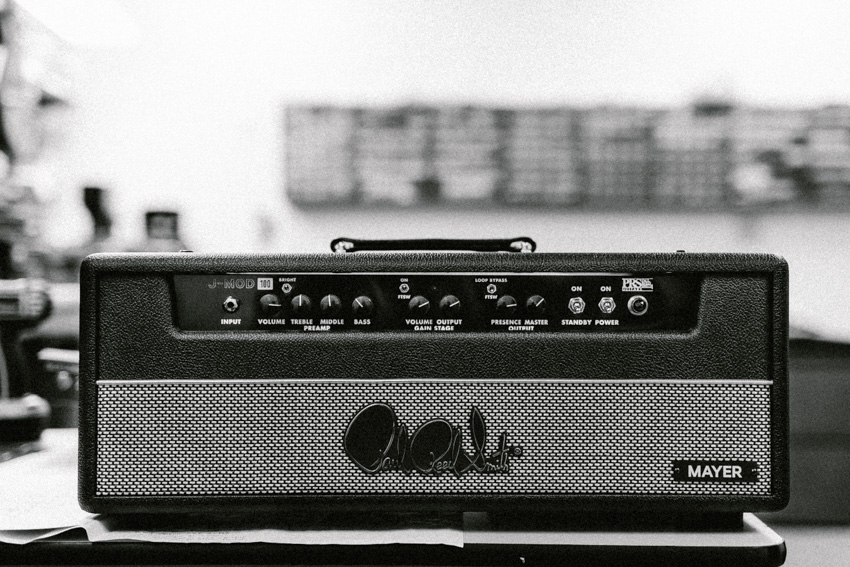 PRS: Considering its versatility, the J-MOD 100 has a relatively straight-forward control layout. Was your intention to keep it simple?

JM: Yes. I never really got the hang of amps with too many knobs. Most of the time, the way I use amps is as a final clear voice for the guitar signal. Like a big clean microphone. Anything involving gain staging usually takes place in the pedal section of the signal. In the case of the J-MOD 100, Paul brought up the idea of an overdrive circuit, and we worked on voicing it in a way that I would and will use.

PRS: What benefits did you see in having a single channel amp with a selectable overdrive circuit, versus having a totally independent (2nd) channel for gain?

JM: I like the idea of introducing an element of a circuit into the same channel as opposed to a two channel amp. It always meant lots of level matching, and in most cases, double the knobs. There’s something in this amp that has that Spartan design approach, like a great old film camera or a fixed gear bike. A relatively simple tool with great depth in its design. 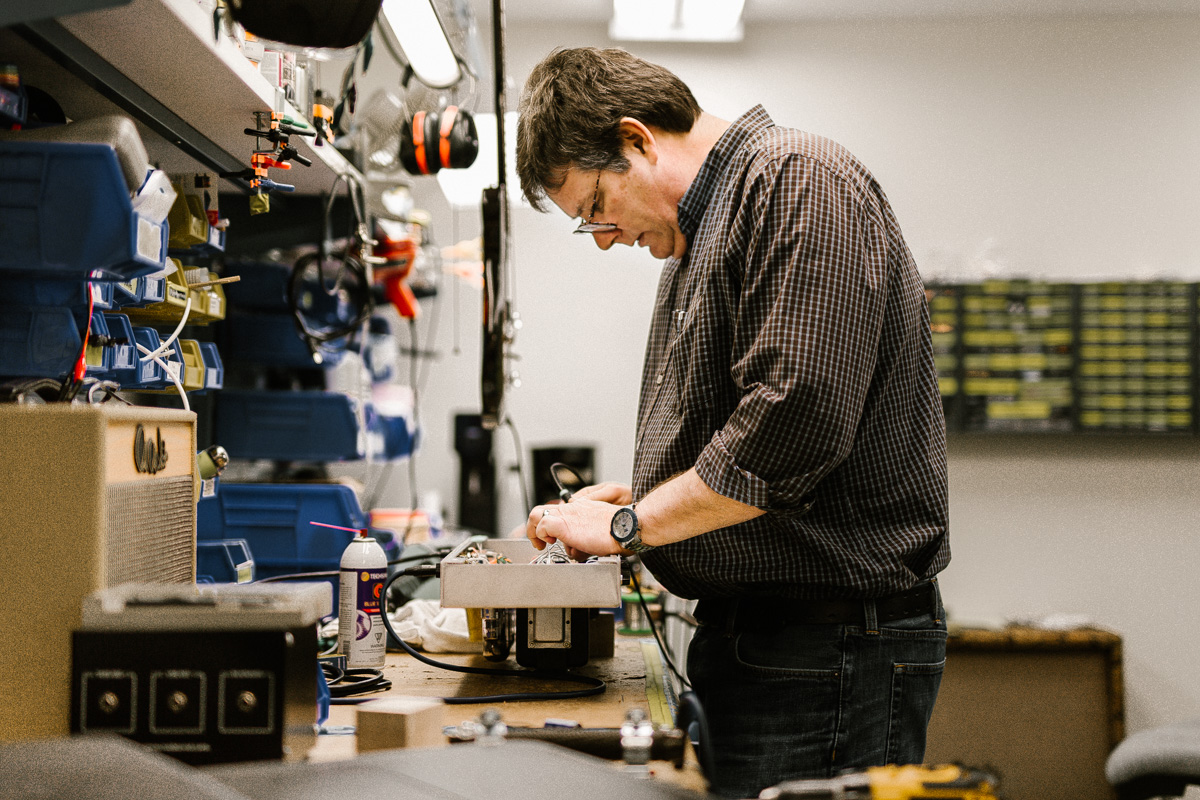 PRS: The 100W can get some screaming cleans in this amp, was the idea to have a lot of headroom?

JM: I am in the constant pursuit of headroom. Again, it’s all about the amp as a round, clean, loud, responsive mouthpiece for the guitar. Don’t get me wrong, I love an overdriven vintage amp. But for the music I’ve written – take “Slow Dancing in a Burning Room” for example – it lives in that clean, vocal space. This may not be scientifically sound logic, but there’s another kind of “drive” I feel like I can get in this amp whereby, when it’s turned up, it opens up harmonically instead of just fuzzing out. Like it pushes the tubes and you can hear the “glow.” That’s my favorite thing.

JM: I’ve never had a set stash of songs to play when I first plug into an amp. It all depends on what the guitar is, what the amp is, whatever the tension of the guitar strings feels like doing. I’m kind of a Ouija Board that way. But if I’m putting an amp through its paces, I look for how it reacts to transients. I’ll play really rhythmic stuff, rapid fire right hand stuff, to see how it keeps up. And then the other thing is the overall tonal color. I’ll go into that neck/mid pickup position, and see if it holds my attention while I just stare out the window or something. It’s the way I mix records, too. I don’t “watch” it with my mind. I just let it flow. And if I find myself still playing after five minutes, it’s a good amp. 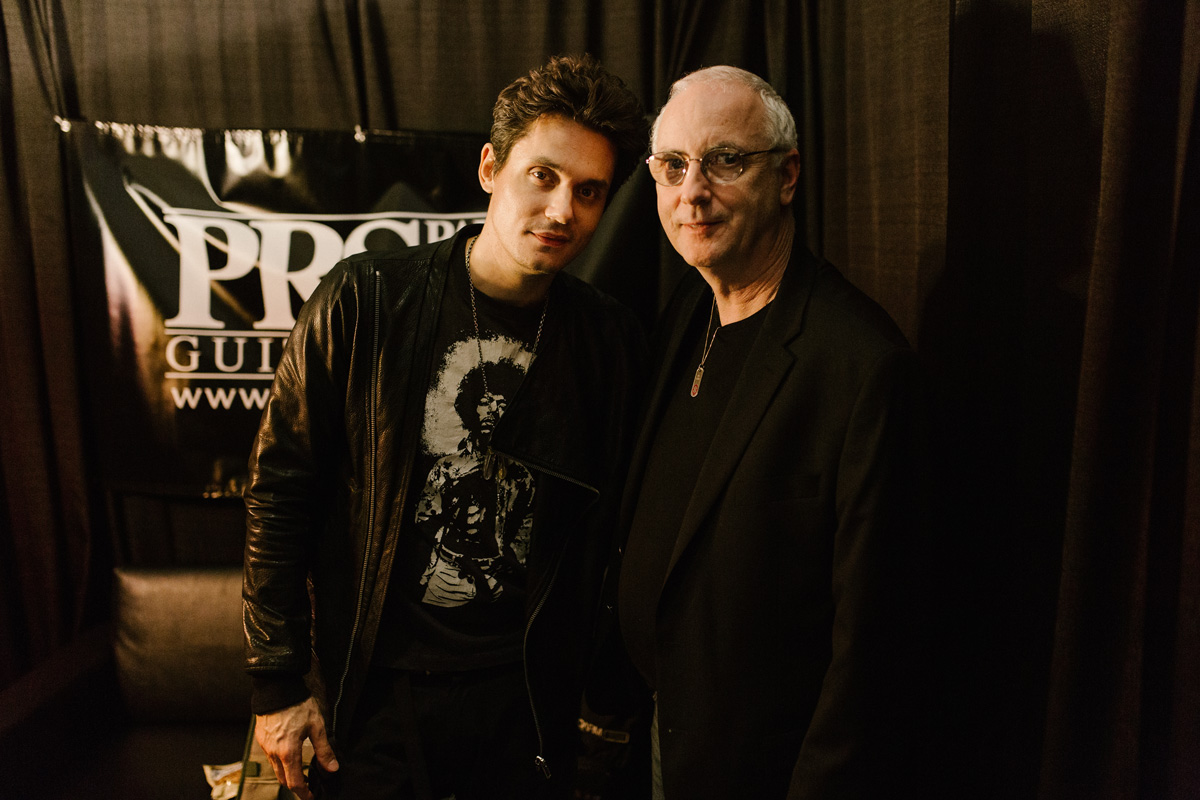 PRS: You worked with Paul a lot on the creation of this amp, what’s the latest time of night you’ve called or texted him with an idea?

JM: I’ve never had a more hands on experience with an instrument builder. Which is a terribly two-dimensional way to describe Paul. He’s got a genius mind, and there’s no off switch or punch clock. I don’t have one either. I’d say maybe 2-6am are consistently off-hours for us. There was a stretch when making the Super Eagle that we must have talked twice a day for six months. We use the phone like walkie talkies.

PRS: How do you set your presence knob for your tone?

JM: ‘Presence’ is one of those things where I can’t imagine ever wanting less of it. Who wants less presence? That’s like not going for “maximum strength.” But depending on the brightness of the guitar, I sometimes have to compensate by pulling it back a bit. Presence to me is like “mastering” the sound of the amp. You just “wake up” the sound a little more.

PRS: Bright switch mostly on or off?

JM: Given the difference in output on various guitars, I toggle it on and off quite a bit. I would say it’s on slightly more than it’s off. 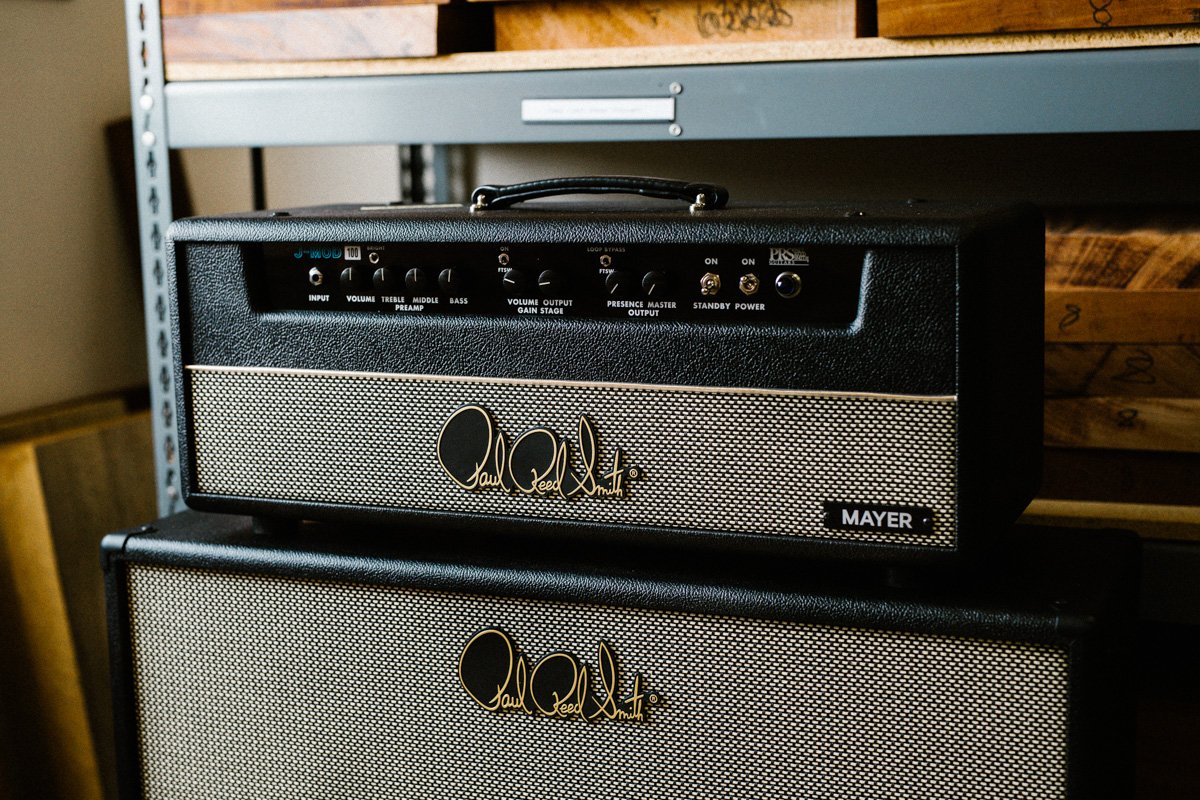 PRS: What qualities about 6L6 power tubes draw you to them?

JM: I have no idea. I am a power tube dummy. I think it’s important that other players see that you don’t have to know everything. And maybe you shouldn’t.

PRS: Do you have a go-to off-board reverb?

JM: So there are two main types of guitar reverbs in my mind. Spring reverb, and every other kind. Spring reverb is one of those things that is such a part of the electric guitar sound that I’ll go to it when I want that classic tone, and spring reverb seems to melt into the sound of the guitar a bit more. I use an outboard spring reverb unit called a Reverberato by Victoria amps. For the other stuff, a more modern studio style reverb, which I’ve taken to quite a bit lately, it’s the Bricasti M7. It’s not designed for a guitar rig, so maybe the troublemaker in me likes it for that reason. But in my mind it’s the best digital reverb around.

JM: The only thing I have going through the loop these days is reverb and chorus. I like Reverb in the loop because it’s very tricky in terms of gain staging. You want to put it at the end of your signal chain, but if you hit it too hard with a distortion pedal, then the reverb signal just goes nuts. Inside the loop means that it isn’t interacting with the other gain variables so much.

PRS: In your opinion, how does this amp work with single-coils vs. humbuckers?

JM: I’ve never explained something in one word in my life. It’s an intricately designed simple device.

This is the tone I've been looking for. Thank you @prsguitars. We have liftoff.