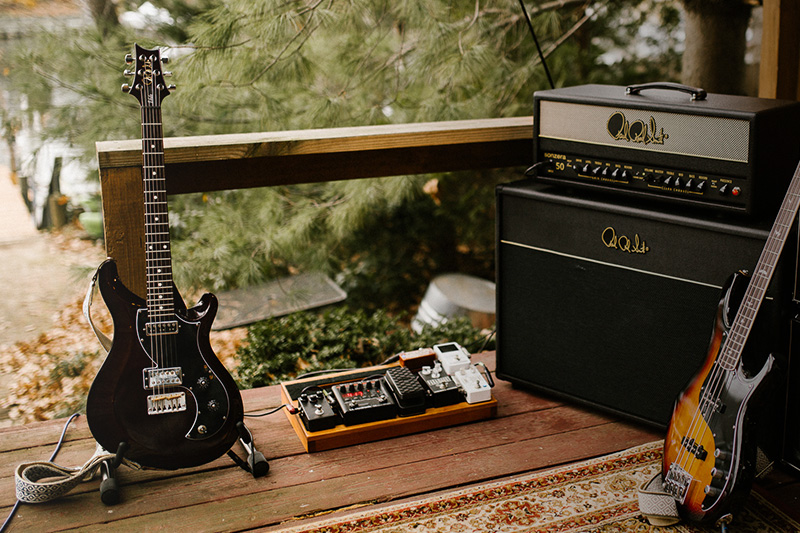 The PRS S2 Series was made for those who need a musical tool they can trust for gigging, writing, or beating the crap out of. Around the world, hundreds of artists are using S2 models on stages and on their albums, no matter the genre of music.

For this behind-the-scenes look at the S2 Series, we interviewed 3 professional touring musicians who each use their S2 guitars a bit differently, but still at the heart of their gigging rigs. Below, get an inside look at their favorite gear, warm-up techniques, and more!

First, meet the artists and the S2 models they use: 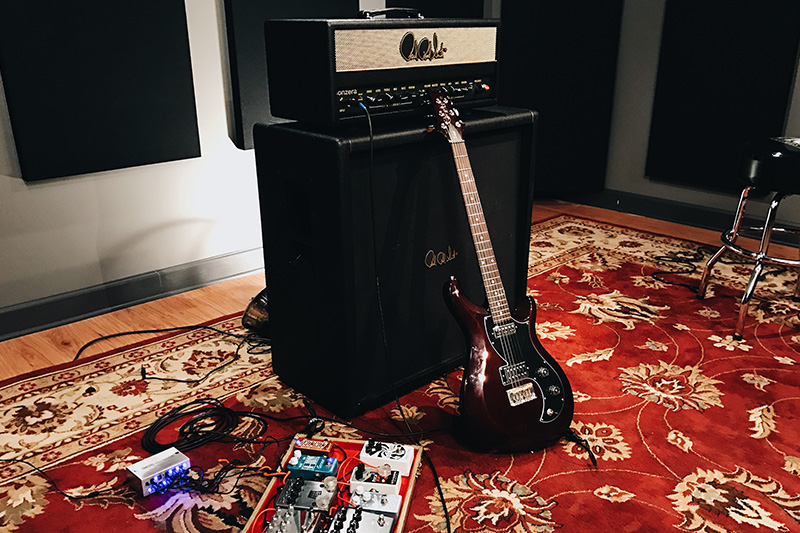 What S2 model do you play and what aspects of your S2 guitar drew you to it?

Marissa Nadler: I play a S2 Singlecut Semi-Hollow in Antique White. For many years, I only played acoustic guitars and am almost exclusively a fingerpicker. I was looking for something that would cleanly translate the sound of my picking style but be more adaptable, sonically, because of the innate nature of an electric guitar. I find the semi-hollow was a really good choice for me because I didn't have to change my right hand style to become an "electric" player and my style of playing really comes through. I really like the warm tones of this guitar and the beautiful design. When I got the guitar, I almost felt like it was made for me and was a perfect fit.

Jimmie Deeghan: I’ve been playing the S2 Mira for the past couple of years. What really drew me towards the ‘Mira’ model was the simplicity of the design. A no frills rock machine that could take the abuse I was willing to hand out on the road night after night. Mine have 57/08 pickups that allow me to drive the guitar pretty hard and get it sounding mean just the way I want it to.

Louis Malpeli: I play both the S2 Mira and the S2 Semi-Hollow Body Mira. The aspects of the guitars that drew me in most are the incredibly light body, the tonal versatility, neck profile and physical appearance of the instruments. 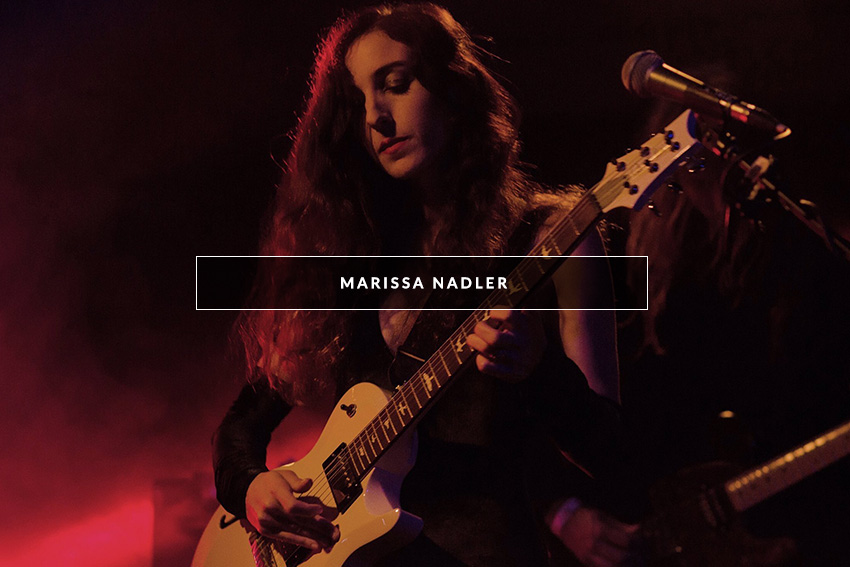 How do/did you go about finding your own sound as a guitarist?

Marissa Nadler: Well, a lot my style came about because I'm a lefty who learned on a right-handed guitar. It was the only guitar in the house. As a teenager, when I was learning, I wasn't immediately given a lefty guitar, and didn't want to wait for one. I was eager to learn and eager to start writing songs. So, I just learned righty. My right hand, at first, was very resistant and I remember sitting on my bed in high school for hours at a time trying to keep a rhythm. Eventually, it clicked. But, the most natural way of picking for me has always been to use just my thumb and first finger. Sure, I've had a lot of people give me unsolicited advice over the years, but most often have heard how I should really add the rest of the fingers. For me, though, as is the case with most art forms, there's no right or wrong way to do something.

I play a version of the Piedmont blues style of playing, which I arrived at first by my own limitations but then grew to really love the clarity of having less fingers involved. I alternate the bass notes with my thumb and play the melody with my first finger. I fell in love with finger-style guitar at a very early age, listening to Joni Mitchell and early Leonard Cohen records. From Joni, I also became very involved in open tunings. Some of my first tours, dating back to well over a decade ago, were with American Primitive guitar players like the late Jack Rose, James Blackshaw, as well as a long friendship with the critically lauded Glenn Jones. I learned a lot from them about technique and the exploration of the instrument and definitely have to mention them as having a major influence in my development as a guitar player.

Jimmie Deeghan: I never truly ‘searched’ for guitar sounds until I got older… and even now it just kinda happened naturally. I grew up playing Rock music and went for the complete opposite of what most people might call ‘dynamic’ playing. I wanted loud, heavy, rock guitars. The way live country music has transitioned into somewhat of a ‘rock show’ has allowed me a place in country music that used to not exist among chicken pickers etc. I’ve always found country players styles so fascinating and it’s really cool to see the kind of marriage that’s happened between rock and country… really all music.. I love how blurred genres are becoming. A great song always wins .. and I’m always down to throw down some guitar in any type of music.

Louis Malpeli: As a guitarist when I developed my sound, and continue to further my development as a guitar player, what I did/do the most is try to learn as many different techniques as possible from the many great guitarists before me, and from there give that technique my own personal interpretation. Bends and unison bends, chord voicings, picking technique, etc. I believe all of that is vital to being a unique sounding guitarist. 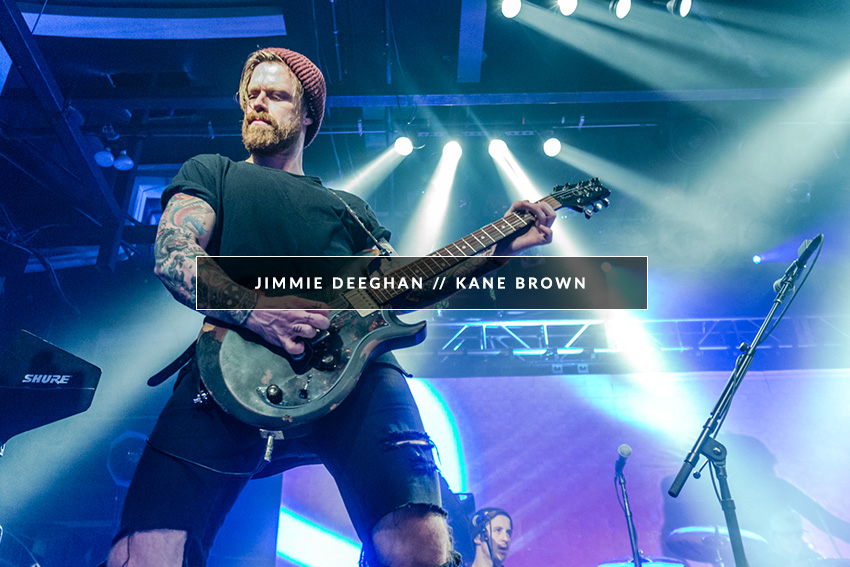 Do you have a favorite or most used pickup position? If so, what do you like about it?

Marissa Nadler: I honestly have found them all useful. When I want the clarity, especially if I'm picking a stripped back solo song, I'll use the treble pickups. I use a combination of the treble and bass pickups when I'm playing with my band because the clarity pokes through while also adding some warmth and body. To tell you the truth, I'm still discovering some of the combos that I can use.

Jimmie Deeghan: Bridge position hands down… sounds the meanest. If I’m playing something lighter (maybe a nice clean delay part’ I’ll use the middle position to clean it up and round it out a little so it’s a little more of a ‘pad’ vibe.

Louis Malpeli: My go-to Pickup position is definitely the Bridge Position Pickup fully tapped. For the Rock Music I primarily play it packs the hardest punch. For clean bridge parts and smooth delay parts, the Neck Position Pickup is best. 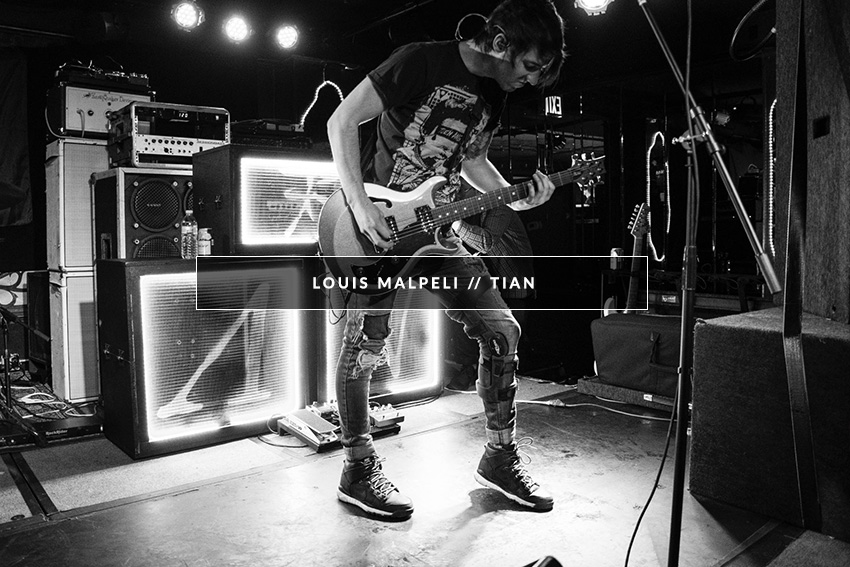 What do you do to warm up before you hit the stage?

Marissa Nadler: I generally, if there's time, do a full hour of vocal warmups. I particularly like Joy Askew's vocal warmup tape or the Reinhart School of Music warmups. Then, I often listen to my favorite music before stage to remind myself of the "why," which is often easy to lose sight of in this industry. I should say I do scales or something but I don't. Maybe I'll start.

Jimmie Deeghan: I honestly probably should warm up more before shows but something that’s always been exciting to me is the anticipation of just holding the guitar and not playing it until I walk out on stage.. it’s a little more exhilarating. Come to think of it I guess I kind of warm up in a sense by working on my music most days recording demos and creating on my laptop on the road.

Louis Malpeli: To warmup before I hit the stage I always do finger fretboard exercises, mostly scales and picking exercises up and down the guitar neck to warm up my hands. I also always stretch out and do some push-ups to get my blood flowing. I'm very active while performing.

What song or album could you listen to three times in a row?

Marissa Nadler: Joni Mitchell's Hejira was the first thing that came to my mind. But, I could probably come up with a bunch to fit that description. I think she was around my age when she wrote that album and the lyrical themes have been deeply resonating with me lately.

Jimmie Deeghan: First song that pops into my mind is Ryan Hurd’s song ‘Hold You Back’. When it came out I listened to it on the plane I think 4 times in a row. I’m a huge fan of songwriting and this song along with the instrumentation hit me just right. I’d also say The Cardigans ‘A Good Horse’ simply because the guitar tone in the opening is , in my opinion, unbelievable. I’ve been chasing that sound a while now. If we’re talking ROCK music, I love throwing on bands like ‘Oh Sleeper’ and ‘Four Year Strong’ for some heavy guitar mixes.

Louis Malpeli: I could definitely listen to my newest album, Heaven, three times in a row at least. I may be biased, ha!

Connect with the artists in this story on Instagram!

Click HERE to get an in-depth look at our S2 models!