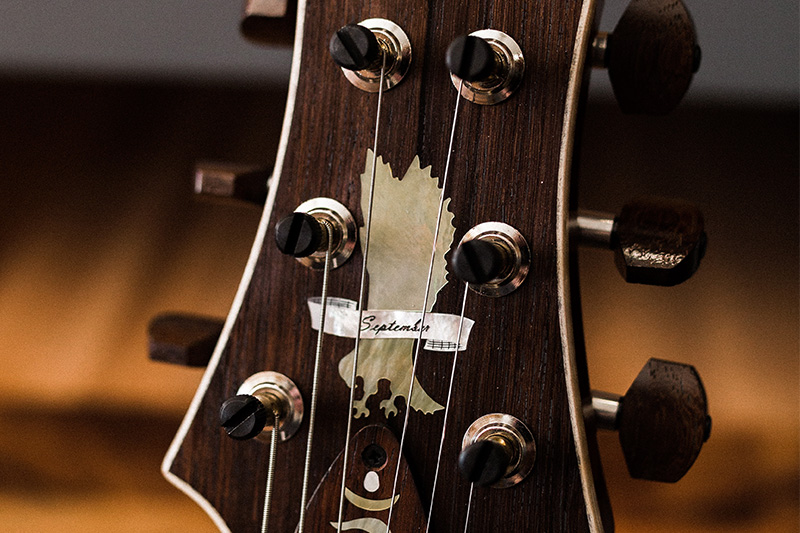 We call the September Guitar Of The Month, the "24 Fret McCarty Singlecut Trem."

Gold is the theme for our September guitar of the month which features over 25 3" x 3" squares of 23K gold leaf and gold mother of pearl bird inlays. The instrument was inspired by a special gold leaf instrument built for Carlos Santana, one which he continues to use extensively on tour. In addition to the classic Santana/PRS combination of a 24.5" scale length, 24 frets, and a tremolo bridge, this guitar utilizes a "custom wound" 58/15 treble pickup for a little more power in the bridge position, just the way Carlos likes it. 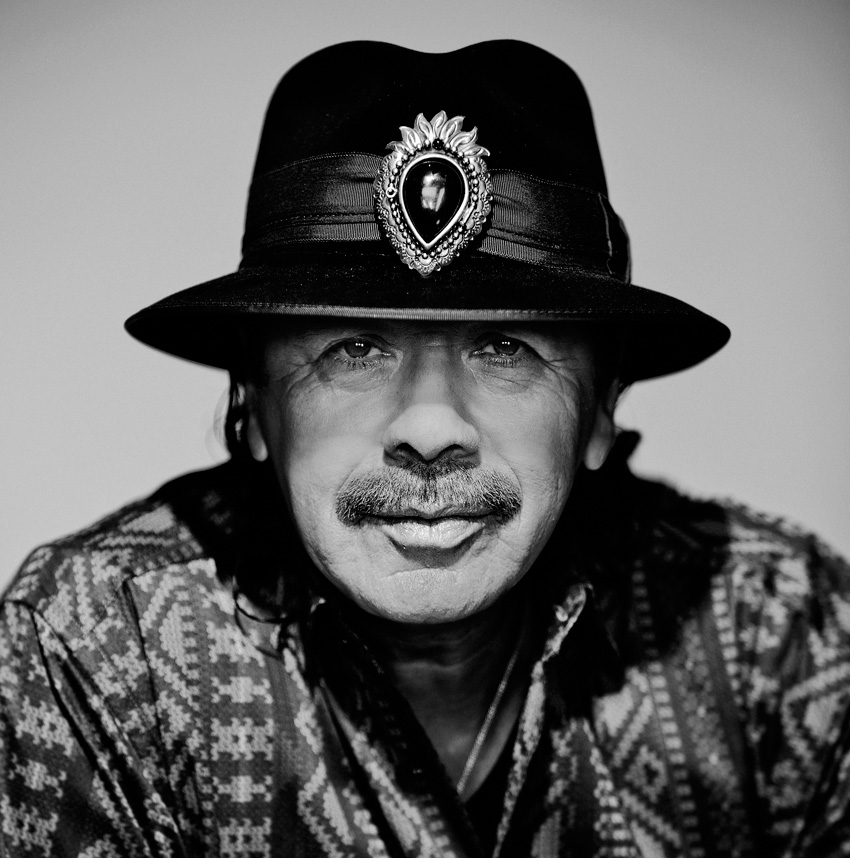 Like every Private Stock instrument, these guitars are built with an incredible amount of detail and hours of meticulous hand labor. See photos of the September Guitar Of The Month being built below! 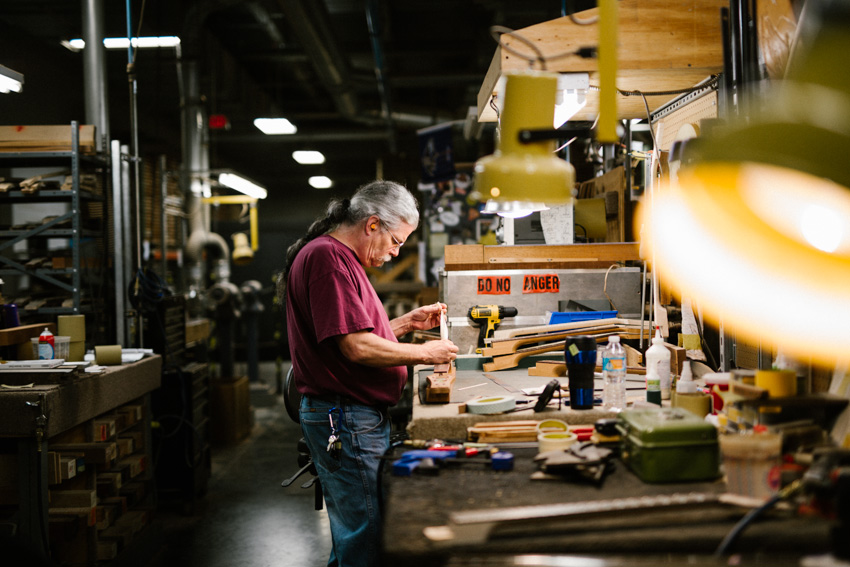 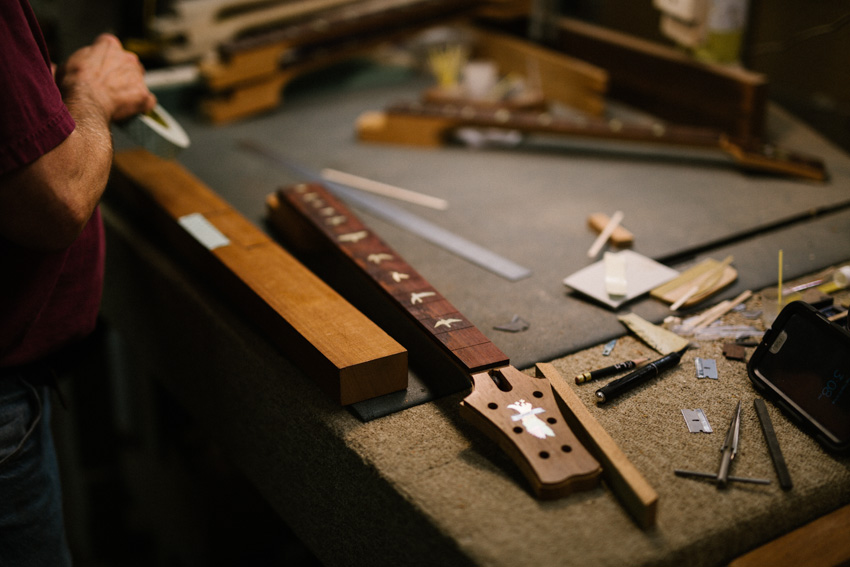 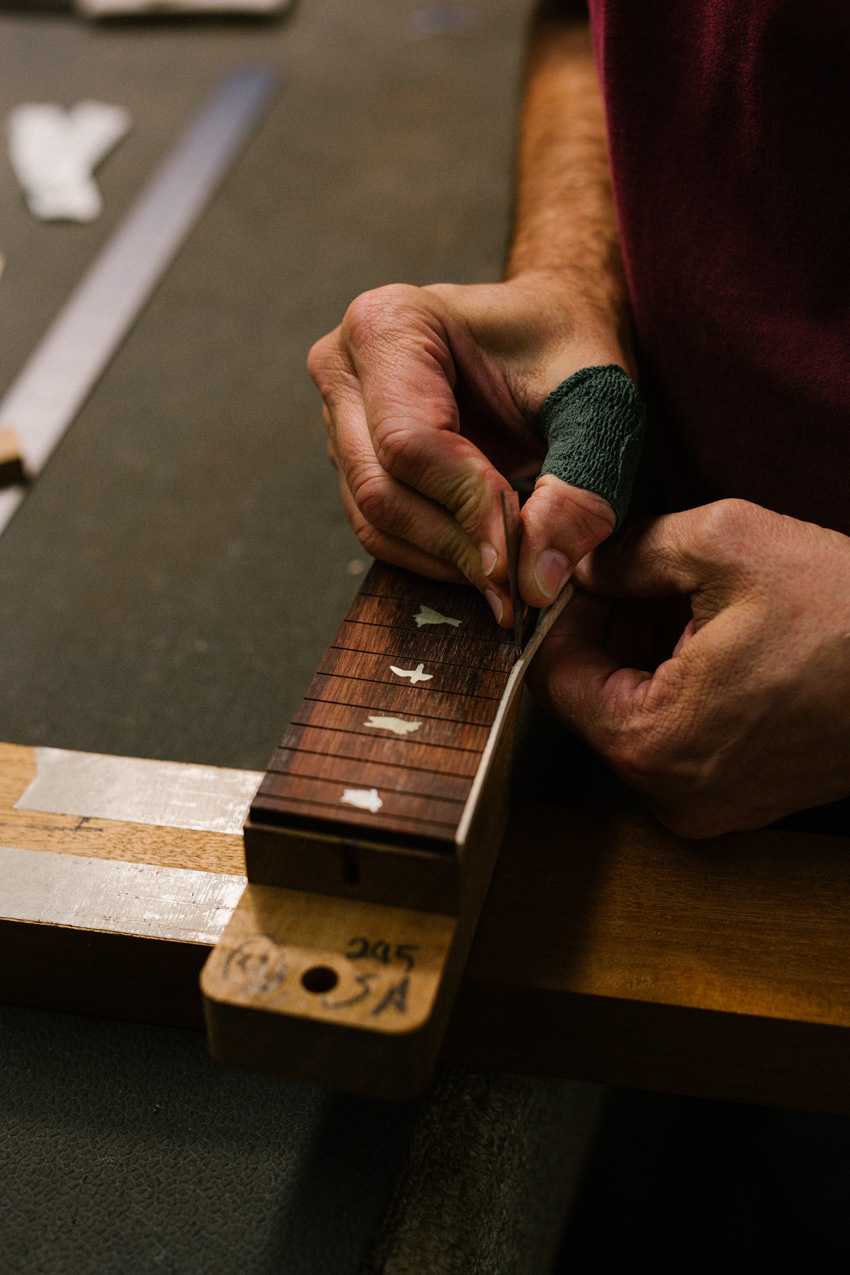 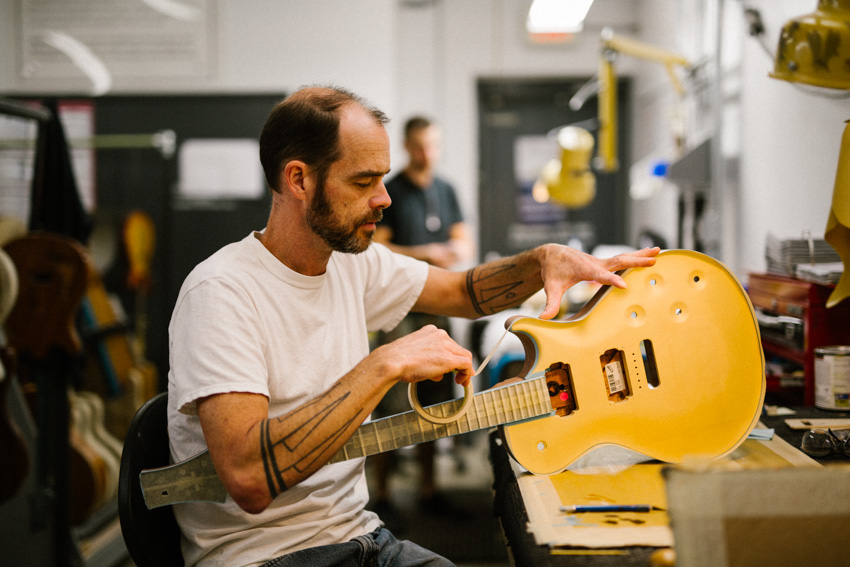 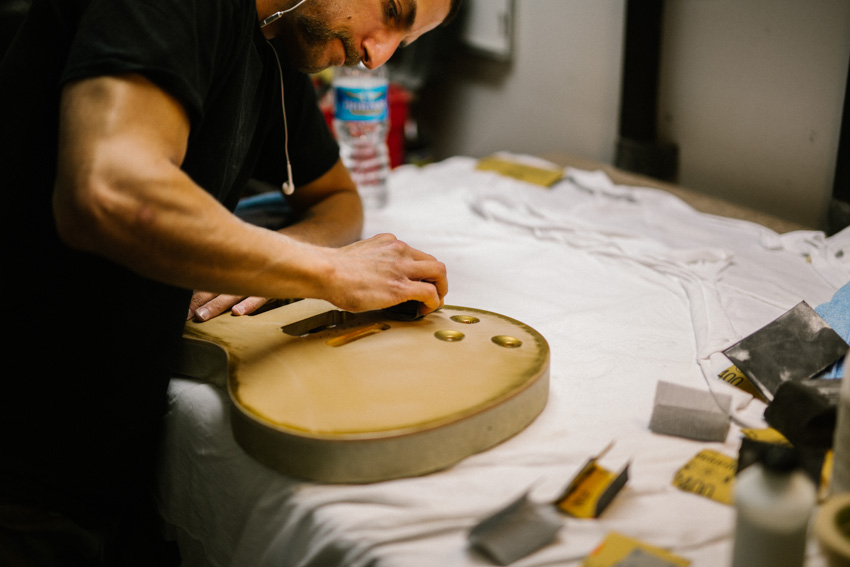 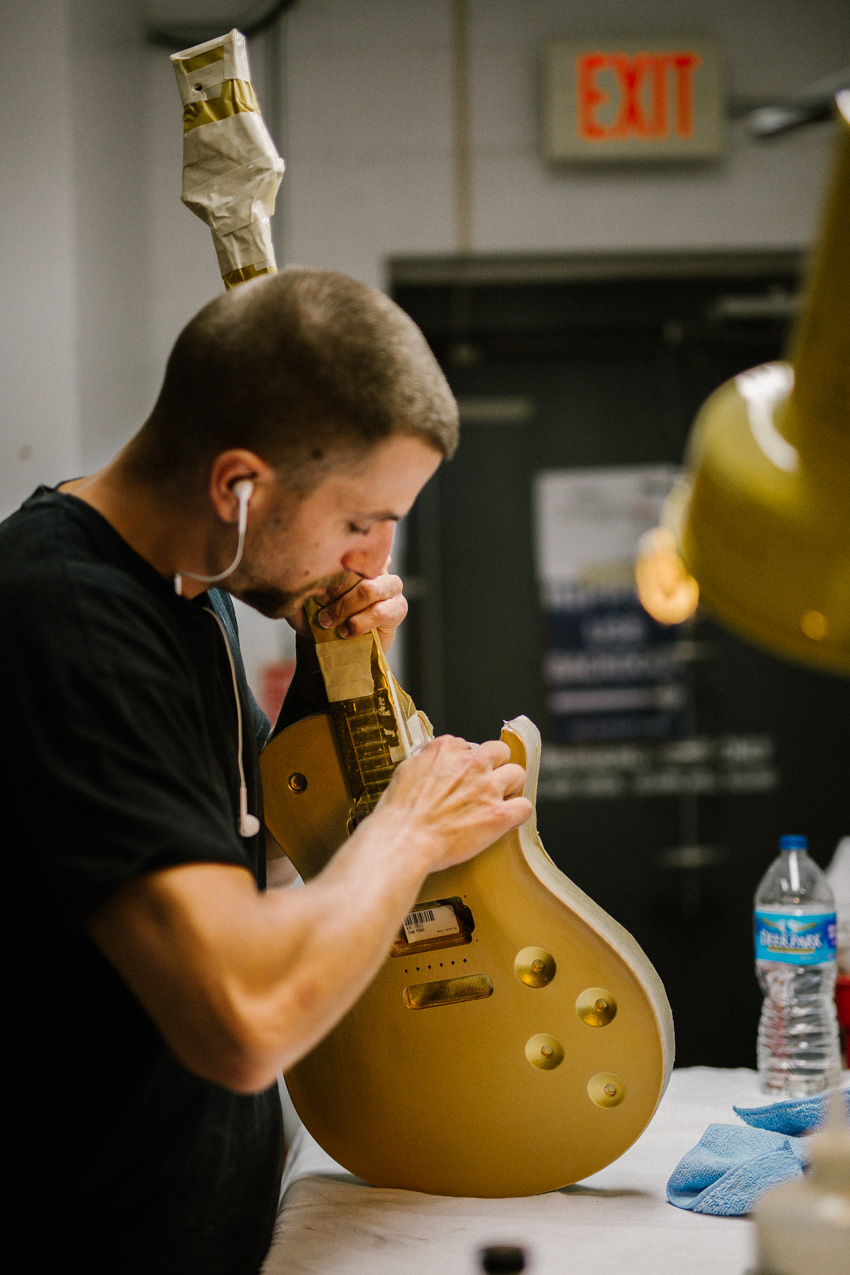 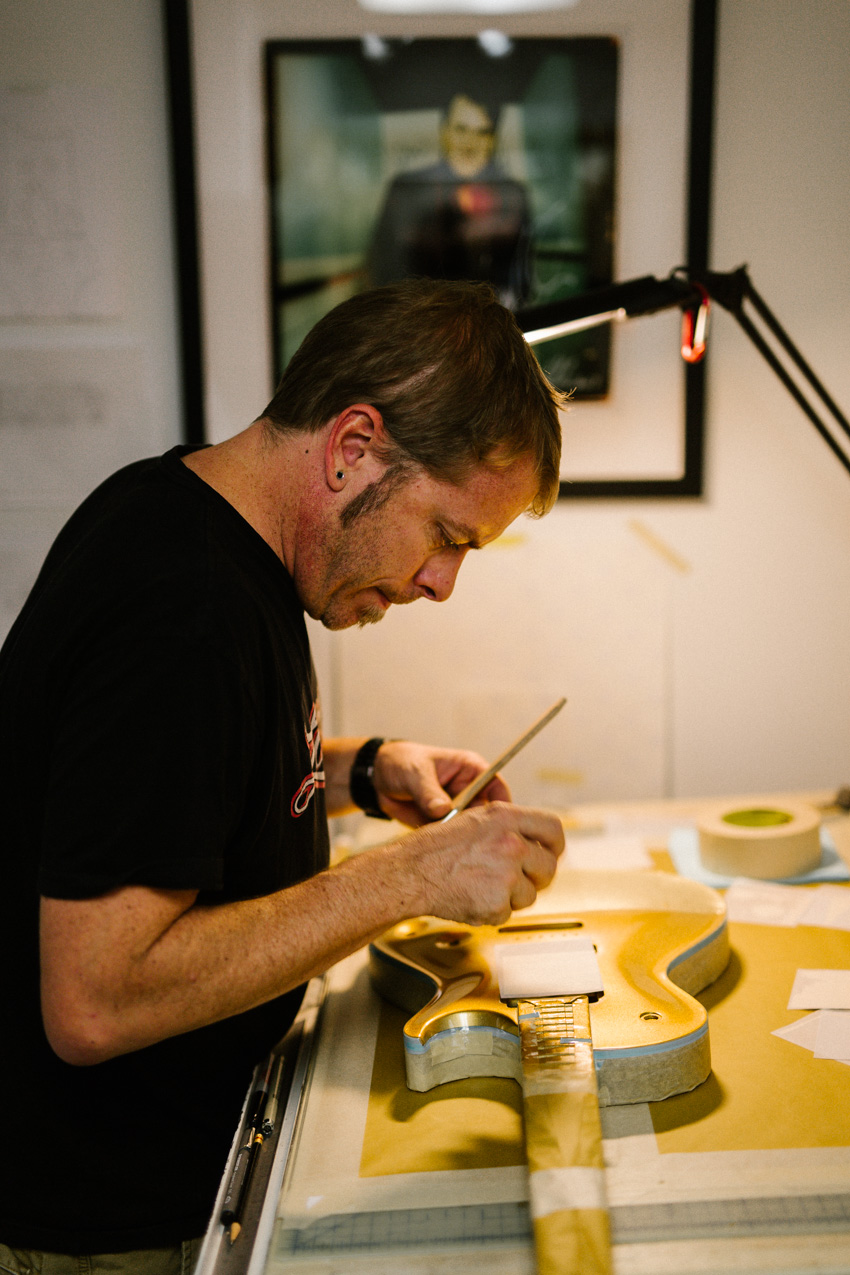 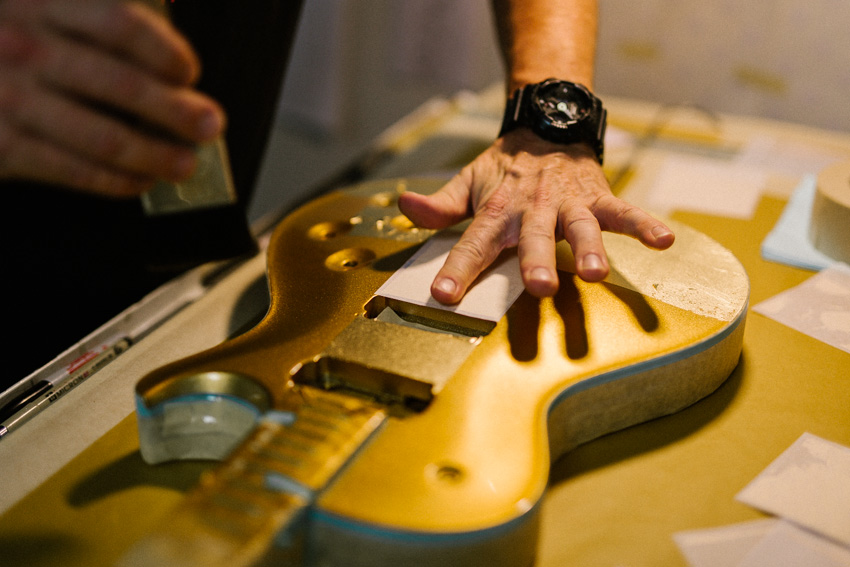 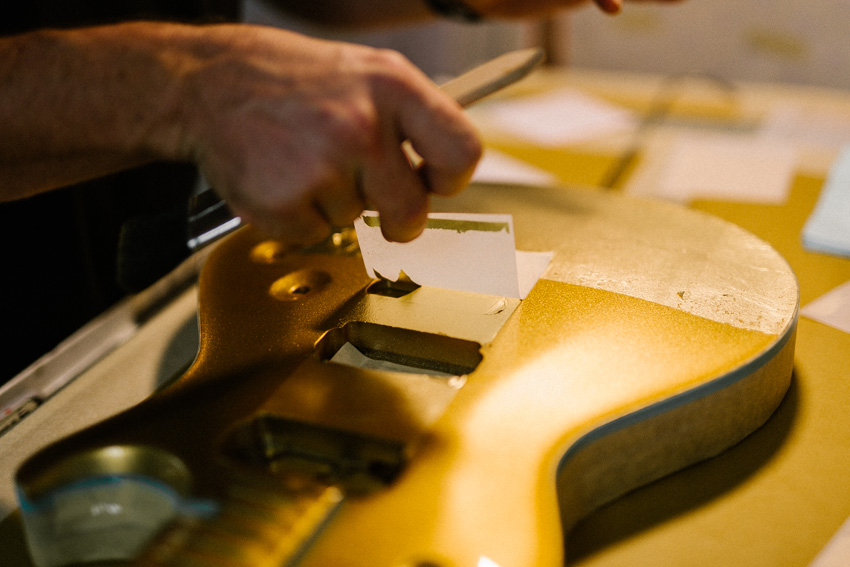 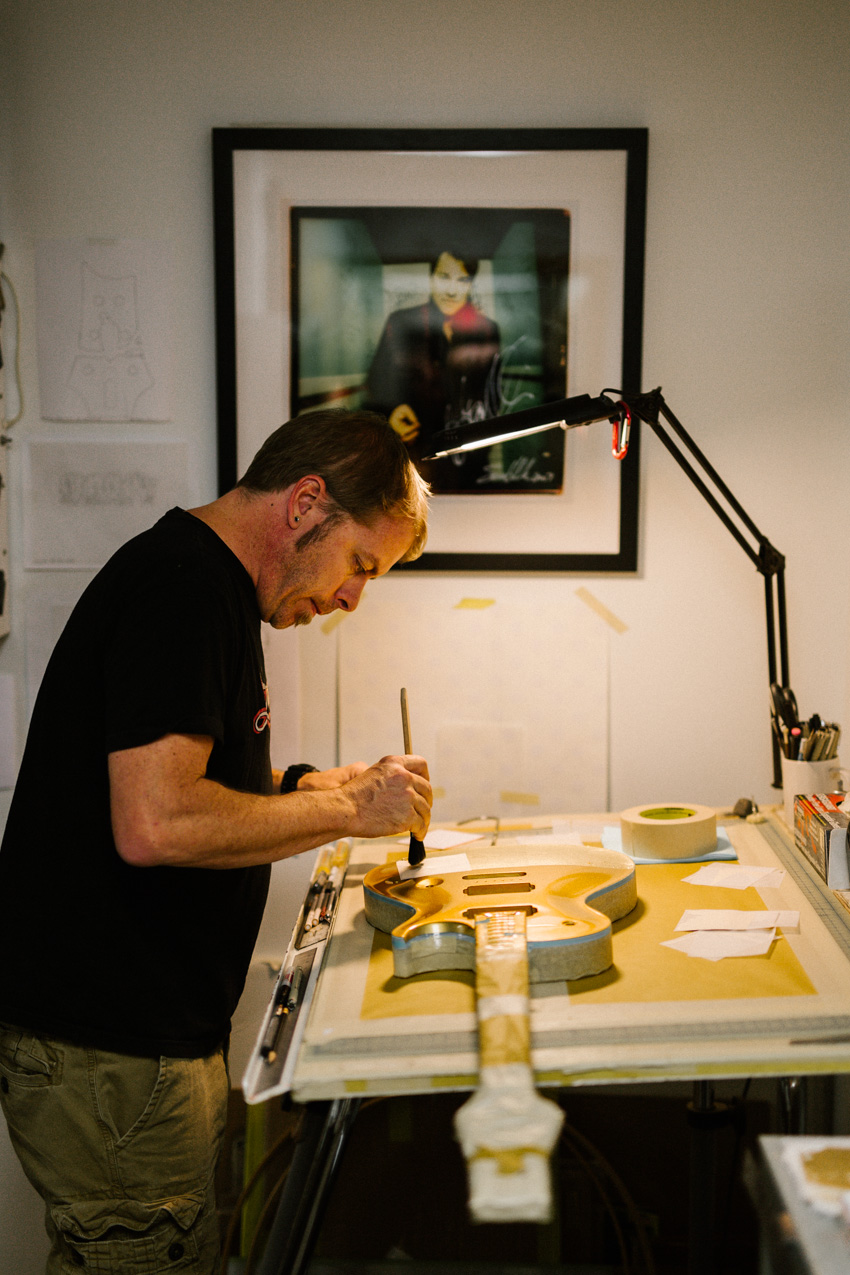 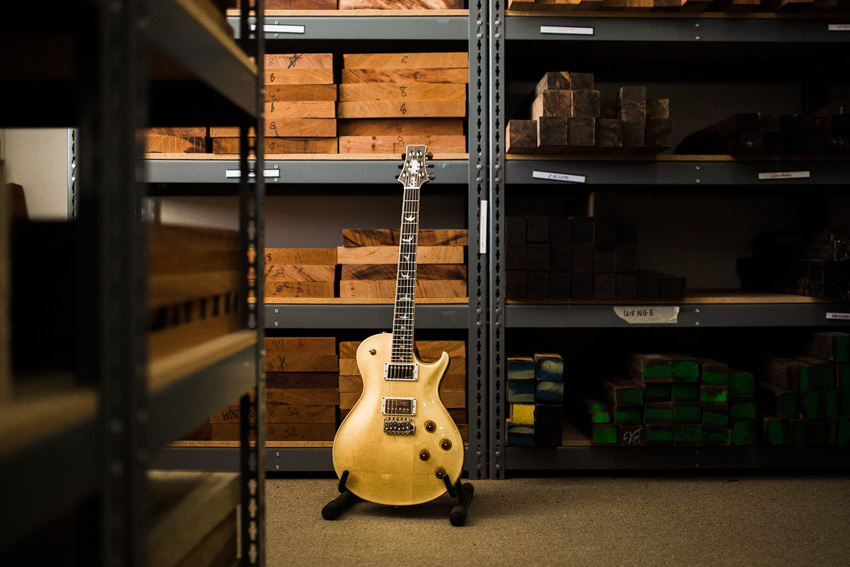 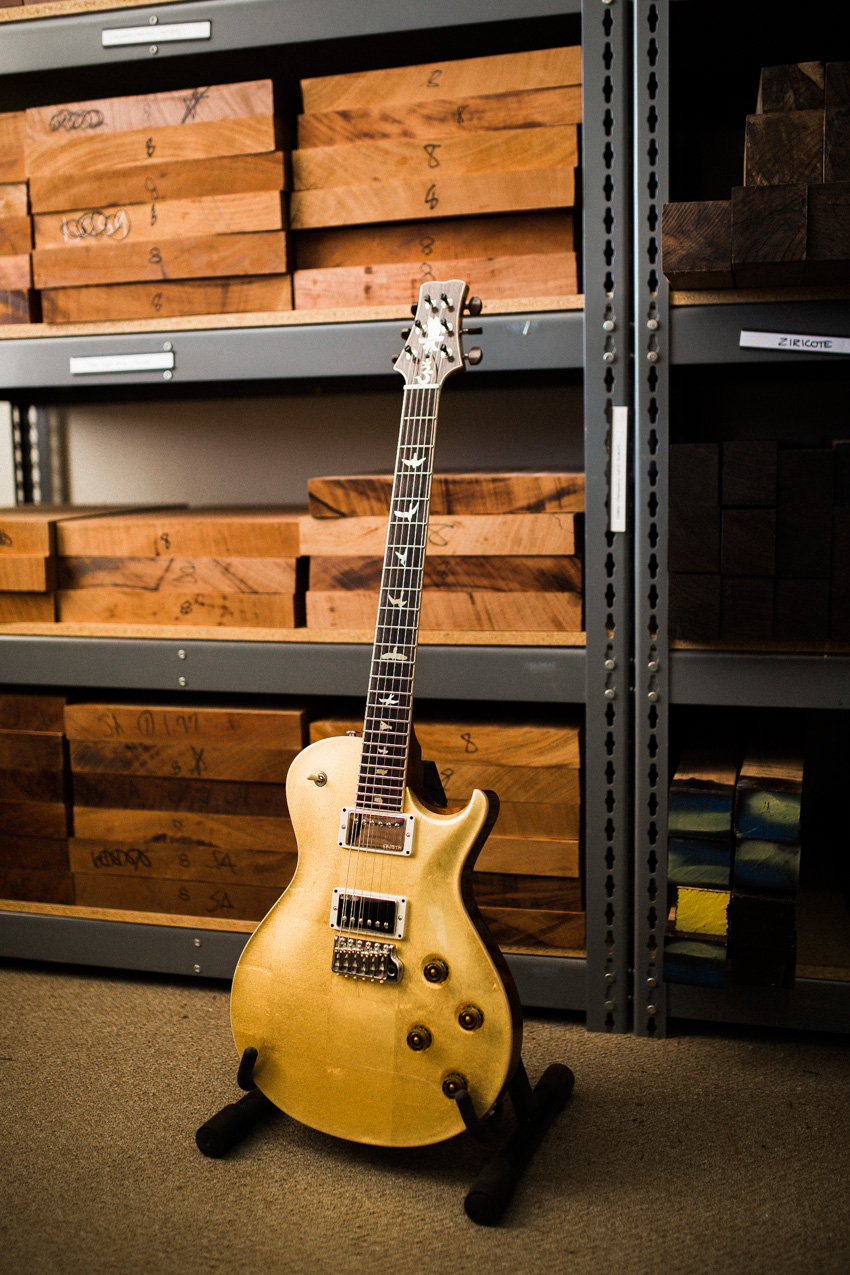 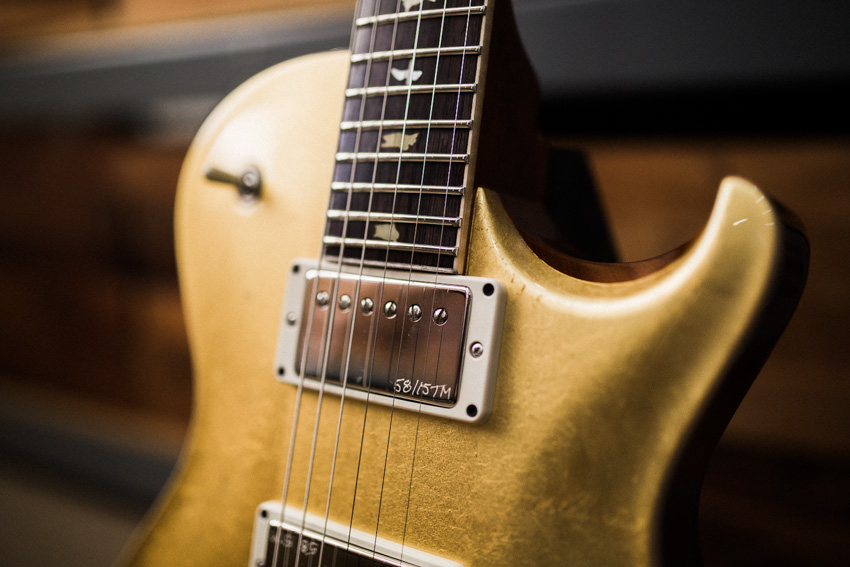 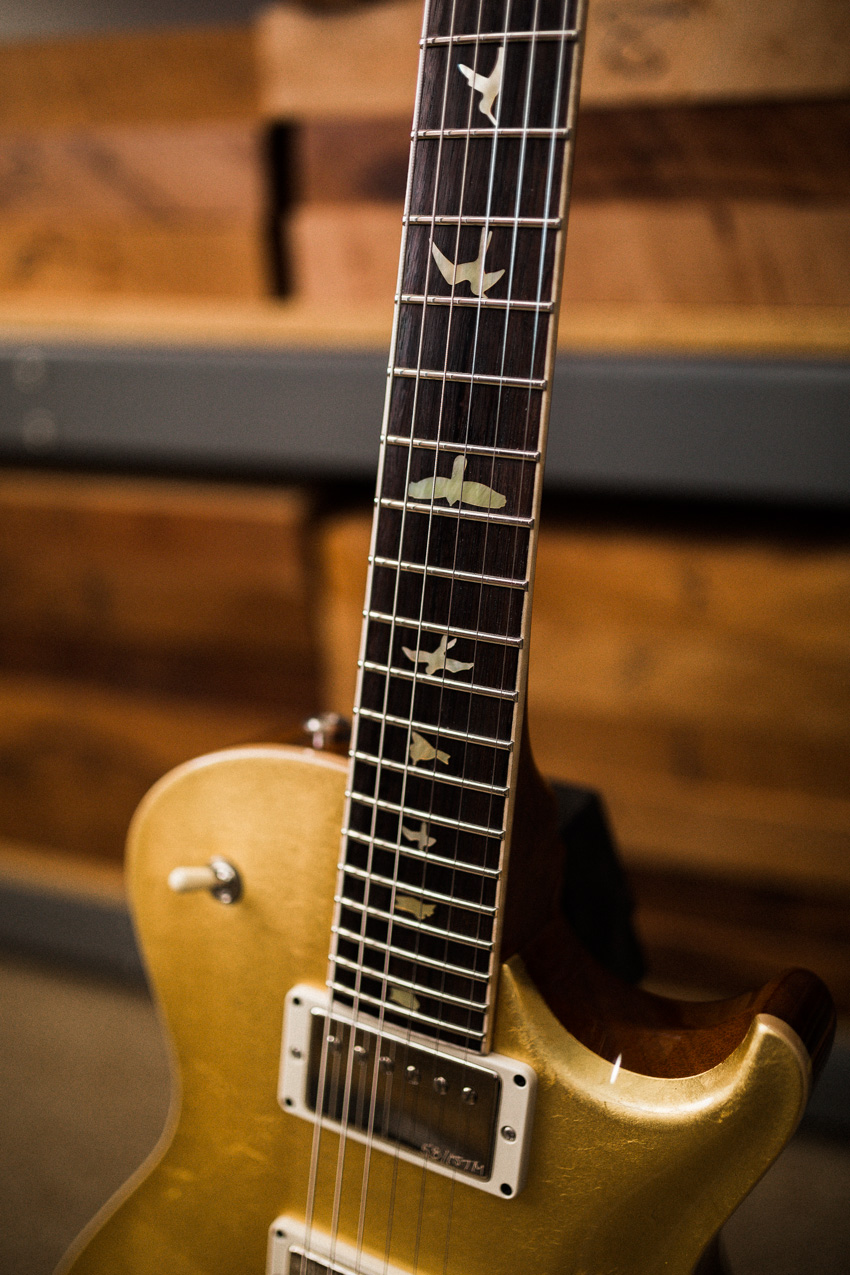 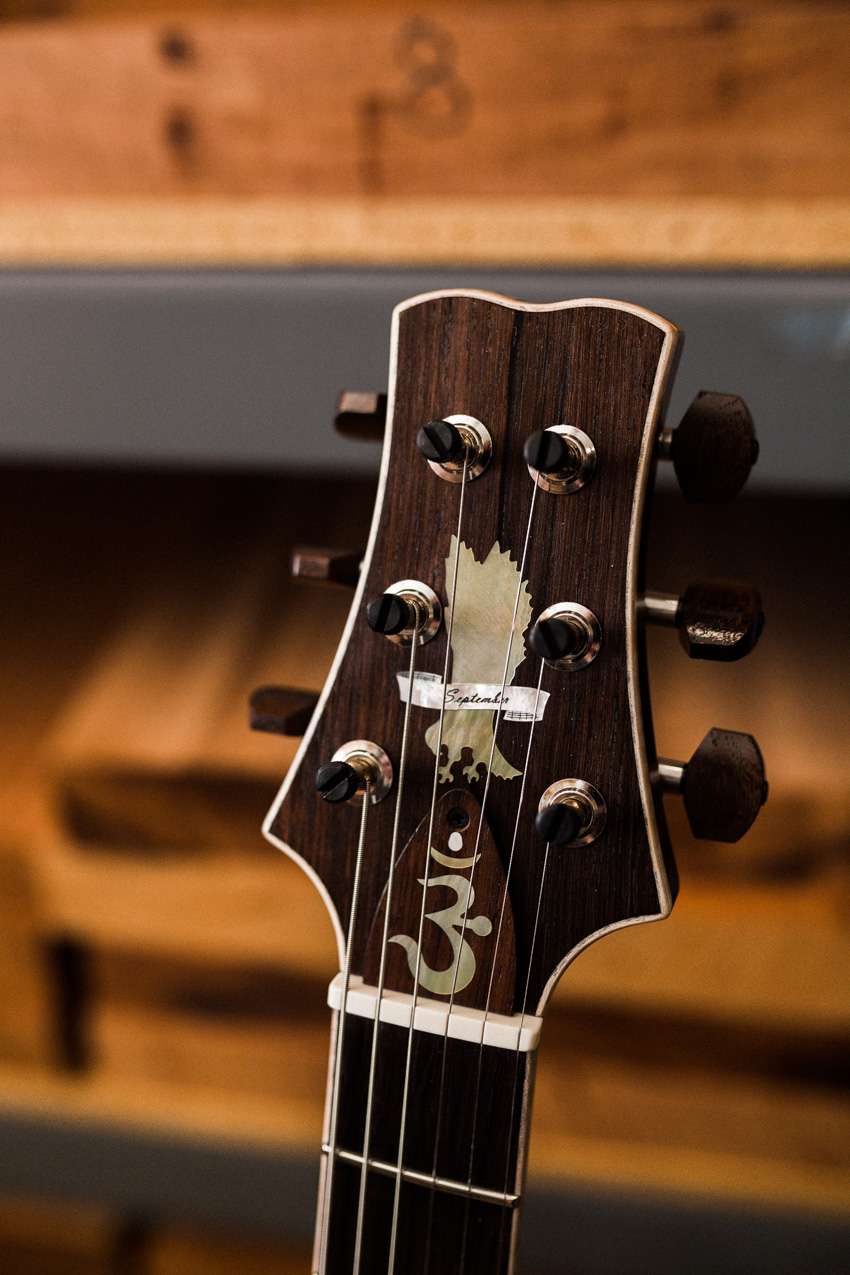 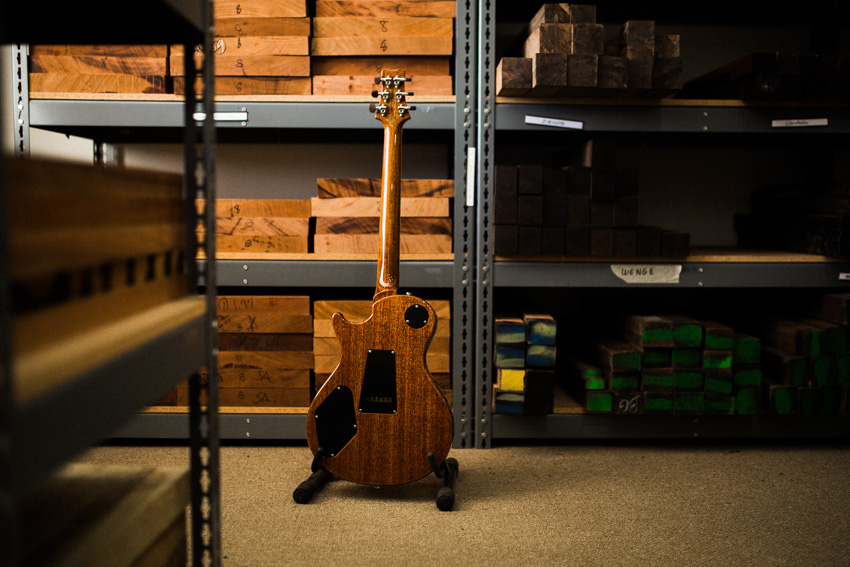 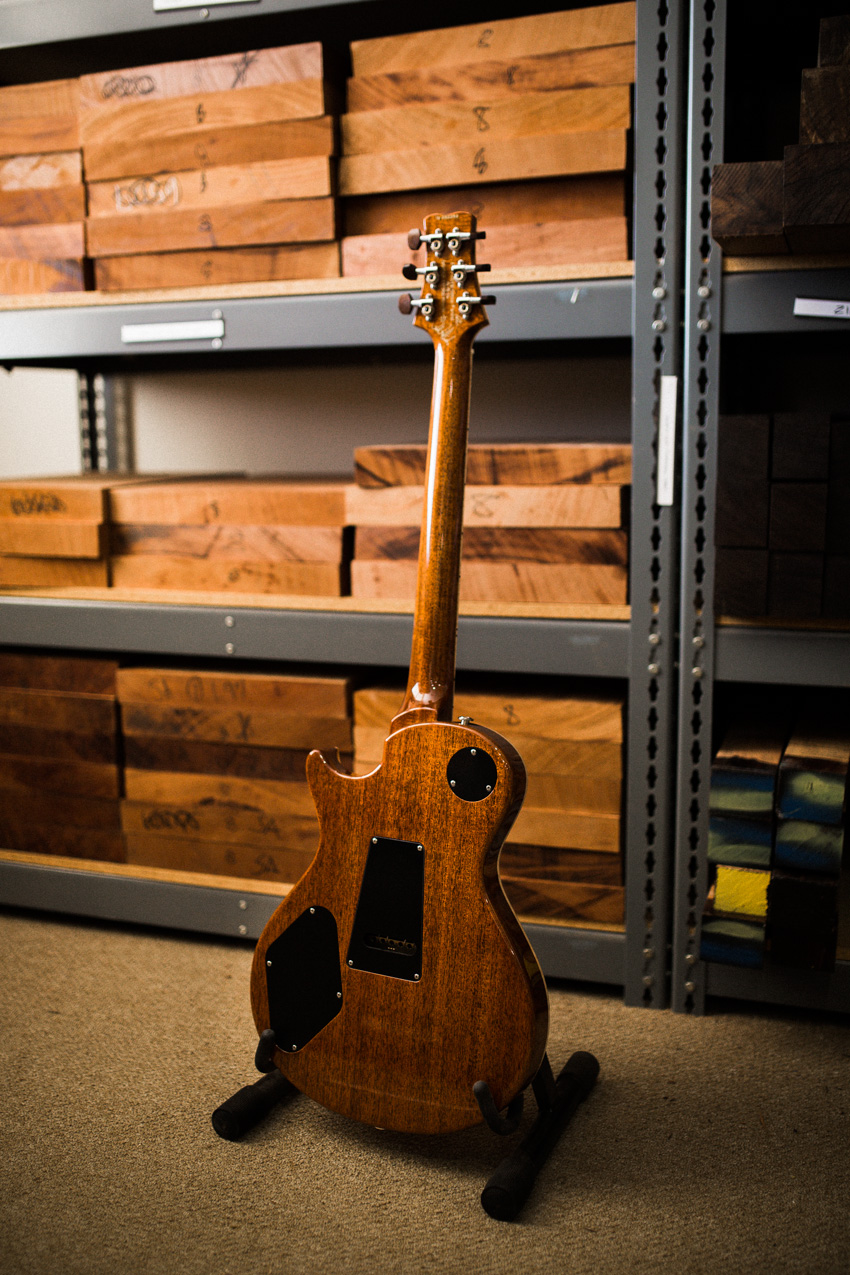 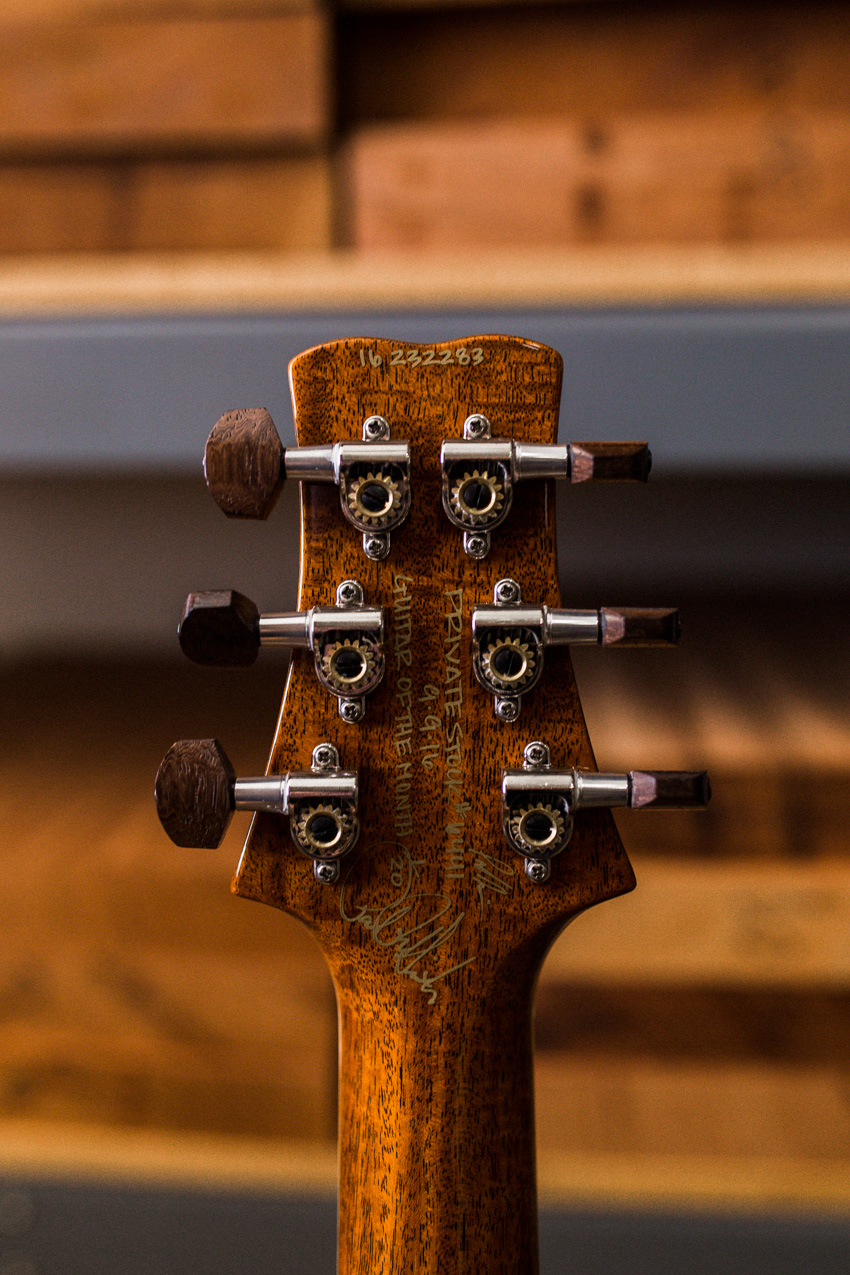 See the full specs for the September Guitar of the Month here!

This limited run will be offered in a quantity of only 20 instruments and can be found through the following dealers: