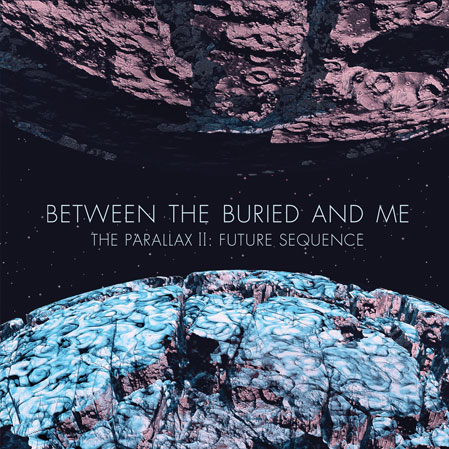 Between The Buried And Me's critically-lauded, 72-minute opus, The Parallax II: Future Sequence, is available today via Metal Blade Records. The 12-track album was described by Tommy Rogers (vocals, keyboards) as: "A conceptual journey that takes the listener to worlds that seem familiar and worlds that make you scratch your head." The band's 2011 predecessor, The Parallax: Hypersleep Dialogues EP, laid the groundwork for the story behind the Parallax releases, Prospect I and Prospect II. Loudwire described The Parallax II as " quintessentially brilliant," while awarding the release a perfect score. Alternative Press said the band "continue to dominate progressive metal" and are musically "expanding on every already-top-notch aspect." Outburn called the album "otherworldly," while Decibel added that BTBAM are "one of progressive metal's most singular, unique and genuinely progressive bands." A number of aural and visual clips have been released leading up to the release with the most recent addition audio clips from the entire release, which can be found here: youtu.be/HFTbp3UFmyE. The band has also released a stunning, effects laden video for "Astral Body": youtu.be/u8Q9DknFFuM and a series of instructional videos (guitar, bass and drums) for "Telos": http://youtu.be/qQZmTXCSO00. www.facebook.com/BTBAMofficial www.metalblade.com/btbam www.twitter.com/btbamofficial www.facebook.com/metalbladerecords
← Back To Blog