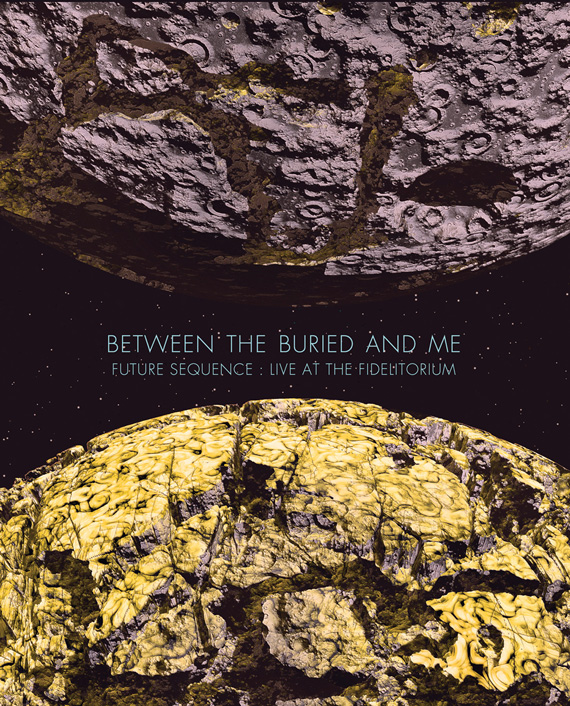 PRS endorser Dustie Waring plays a Floyd Custom 24 in the highly successful band, Between the Buried and Me. They will be releasing "Future Sequence: Live at the Fidelitorium" this month on Metal Blade Records. The September 30th release will be the band and label's first ever blu ray release. The video will also be available on DVD and via digital retailers."Future Sequence: Live at Fidelitorium" was recorded at Fidelitorium Recordings outside of Winston-Salem, North Carolina. In the video, fans will see Between the Buried and Me performing their more recent album "The Parallax II: Future Sequence" in its entirety. The 2012 album was rated by Guitar World Magazine as #18 on their list of top 50 albums of the year, and earned the band praise from Decibel Magazine, who claimed: "the band's technical ability can now give the likes of Dream Theater and Opeth a run for their prog metal money."  Drummer Blake Richardson comments on the approach to recording this DVD/blu ray: "We've always been fans of dvds where it's just the band, you don't have any other distractions". Vocalist/keyboardist Tommy Rogers explains further: "We wanted to give the fans something that made them feel a little closer to us, and made them almost feel like they're at practice with us". "Future Sequence: Live at the Fidelitorium" will be in stores on September 30th, 2014. A trailer is on-line now, along with pre-order bundles, at metalblade.com/btbam. "Future Sequence: Live at Fidelitorium" was directed and edited by Justin Reich, with director of photography Ismail Abdelkhalek, and audio engineers Jamie King and Kris Hilbert. Audio mixing and mastering was completed by Jamie King. Guest musicians include: Walter Fancourt (tenor saxophone, flute), Julian Hinshaw (Tuba), Will Goodyear (marimba, glockenspiel), Taya Ricker (violin), David Parks (violin), Leigh Dixon (viola), and Socrates Razo (cello). Upon its released in 2012, "The Parallax II: Future Sequence" became the band's highest Billboard Top 200 chart debut of their career at #22. The album was recorded during the Spring of 2012 at The Basement Studios in Winston-Salem, N.C., and was produced by the band and longtime creative partner Jamie King. It was Between The Buried And Me's first full-length release on Metal Blade Records, preceded by "The Parallax: Hypersleep Dialogues," an EP that began the story of the two characters: Prospect I and Prospect II. "The Parallax II: Future Sequence is a 72-minute, 12-track concept album drawn in widescreen proportions of near-insanely detailed intricacy." DRUM! Magazine   "their sixth and most ambitious album to date" SPIN.com Learn more about BTBAM at the follow links: www.facebook.com/BTBAMofficial www.twitter.com/btbamofficial www.youtube.com/BTBAMofficial
← Back To Blog