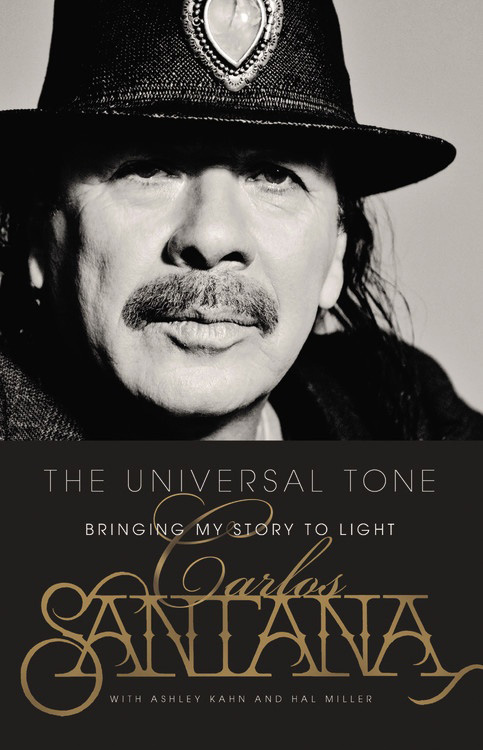 Carlos wants to invite you to his book tour supporting his recent release of The Universal Tone. Three dates for the book tour have been announced and are taking place in early December. All tickets include a signed book and an evening to remember where Carlos is in conversation, discussing his life, brand and music. Here are the dates! Carlos Santana with Cheech Marin on December 1 at 7:30 PM at the Orpheum Los Angeles, CA Tickets Carlos Santana with Ben Fong-Torres on December 3 at 7:30 PM at the Castro Theatre, San Francisco,CA Tickets Carlos Santana with Cheryl Jennings on December 4 at 8:00 PM at Dominican University in San Rafael, CA Tickets The Universal Tone is not just the history of a rock band that sold millions of albums. It is the story of an individual who is ceaselessly creative, spiritually focused and yet fearlessly part of a world that brought him fame and adulation and challenged his dedication to his music and to doing good. Santana's memoir is filled with well-remembered historic details and visceral storytelling, beginning with his humble childhood in Mexico one can smell the food of his early youth in Autlán,growing up the son of a violin player and the scents of playing at the local El Convoy bar in Tijuana when he was just a teenager. He also shares recollections of his emergence in the 1960s rock underground scene as a young "adult after he moved to San Francisco and goes on to tell of his explosive later career success and reaching a new generation with the epic album Supernatural.
← Back To Blog