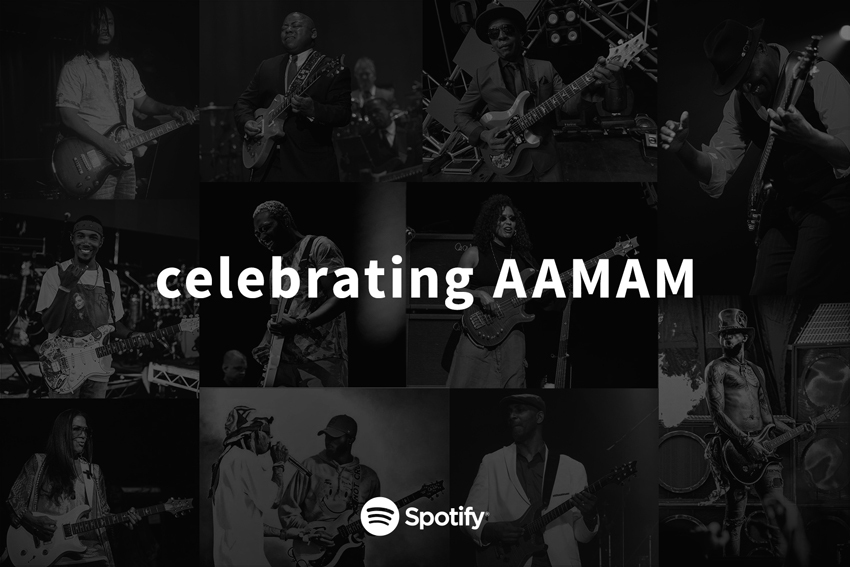 To honor our BIPOC artists and the influential musicians who came before them, we asked PRS artists to name an influential black musician and song that inspired them to pick up their instrument. Those songs, along with a song from each PRS artist/curator, are below.

Artist of Choice: When I was a kid, I was studying classical guitar. I had the opportunity to see Earl Klugh perform when I was 16 years old at the Santa Monica Civic Auditorium and he left a lasting impression on me. He helped make the instrument make so much more sense to me. I attribute a lot of my playing style and techniques to him.

Artist of Choice: BB King is one of the reasons that I not only started playing guitar, but he's one of the reasons I got into music in the first place. B.B. King was one of the first African-American Guitar Heroes, influencing everyone from Hendrix to Prince! At 3 years old, every weekend, I would go listen to my grandfather, dad and uncle play BB King songs in their blues band. When I began playing guitar, my grandfather gave me a BB tape, and it really fueled my passion for the blues and for the guitar. I was lucky enough to meet Mr. King twice at both of the concerts where I saw him live! He was a true master of the guitar, a music pioneer and really, the King of the Blues.

Artist of Choice: James Brown: “The PayBack” which taught me about placement, structure, an the "2 & the 4." Playing your part whether it be any instrument and most importantly how to “feel” and make listeners feel. James Brown being so intentional with every song taught me the seriousness of what I do constantly. During this era of music there was a guideline set into play that conquered music in this decade. Or even cats like Earth, Wind and Fire and the song “September“ - the pocket and expression of the guitar magic.

Special shout out to my dad and aunt for inspiring my sound, my brother for keeping me surrounded by music all through life. The late “AJ” & lucky Peterson DFW’s greats, for the inspiration and constant push and seeing greatness in me. My late grandmother, Marguritte McClellan, who we lost during Covid season. She was my musical influence in every way. From faith to skill.

Lastly, incredible thanks goes to my mom Sheila Lyons, who taught me all the most incredible tips to playing and what to give my focus on and to in any playing / performance environment.

Artist of Choice: I would like to highlight my father, Aubrey Ghent Sr. My eyes watered when I first heard him play Amazing Grace. It was the greatest rendition on a lap steel guitar my ears had ever experienced. He made his guitar cry, moan and sing in a way I could not truly explain. I was 12 years old, and my musical approach has never been the same since.

Artist of Choice: My musical Journey really started around age 6 1/2 watching the Jackson 5 on the Ed Sullivan Show performing “I Want You Back” and “ABC”. It was the first time that I really believed in my heart that I could be a real musician. I was so impressed with seeing this talented black family, all so young! They made me believe that I could become a performer at a young age. I got my first guitar at age 7 for my birthday. My Dad and I always stopped and stared at guitars that were hanging in department stores...saying one day I might have one.

I didn’t really start learning how to play it until age 8 and then I picked it up very fast, self-taught. The first song that I learned to play was “Get Ready” by The Temptations. By age 9 1/2 I was already in a band and starting to perform in night clubs and cabarets. Our band was managed by an older gentleman who also managed an adult jazz band. After playing for a couple of years...my guitar universe was expanded by the guitar stylings of Ernie Isley of The Isley Brothers. “Summer Breeze” was the song that really inspired me to become a great guitar solo player. I gained childhood local celebrity status for learning to play that solo note for note as well as other solos.

I love being a PRS Artist! You really pay critical attention to detail, make beautiful playable instruments and have been extremely supportive of my craft! All in all, I’d have to say you have been like family to me. Thank you for your love and support!!

Artist of Choice: Prince has inspired myself and many others to be better. He was an amazing songwriter, producer, singer, musician, dancer, entertainer and friend…one of a kind.

Artist of Choice: Marvin Gaye because he was an artist I grew up listening to. His songs were so meaningful, and I did not realize that until I grew older. To sing about the people, the communities and the struggle was real. He knew how to reach us. We felt as if he understood us. Being able to perform with him on his last tour was a dream come true. The emotion and passion of his gift was infectious. He is a true icon and truly missed.

Artist of Choice: Ernie Isley with The Isley Brothers - Ernie was almost single handedly responsible for the extraordinary longevity of the band’s career by bringing in fresh ideas in the 70’s, to a band that started having hits in the late 50’s. One of a handful of guitarists, that kept the sound & fury of Jimi Hendrix’s influence alive & thriving! Still the most underrated of the 70’s Guitar Giants.

Artist of Choice: Larry Graham - I saw him at a concert at Morgan State. It was the first time I've ever heard a bass being played with the Thumb Pop style. It was mind blowing!! Never seen anything like that before. I immediately started working on how to get that sound… and I’m still working on it! No one can play it like Larry Graham to this day.

Artist of Choice: Prince was one the first people that I ever saw express themselves through an instrument. I had taken an interest in drums originally until I discovered Prince. His character, musicality and stage presence was unprecedented. Prince, Jimi Hendrix and my grandfather, Robert Gueringer, Sr. were the ones that ultimately made me want to play the guitar. George Benson and Django Reinhardt have also been big musical influences on me.

Artist of Choice: I first heard of George Benson when he played on an album called “Cookbook”. His melodic sense of harmony, musical dexterity and style of mixing soul and blues with jazz harmony is so impressive. Not to mention, he is a phenomenal singer as well. He is just an all-around great musician in my book.