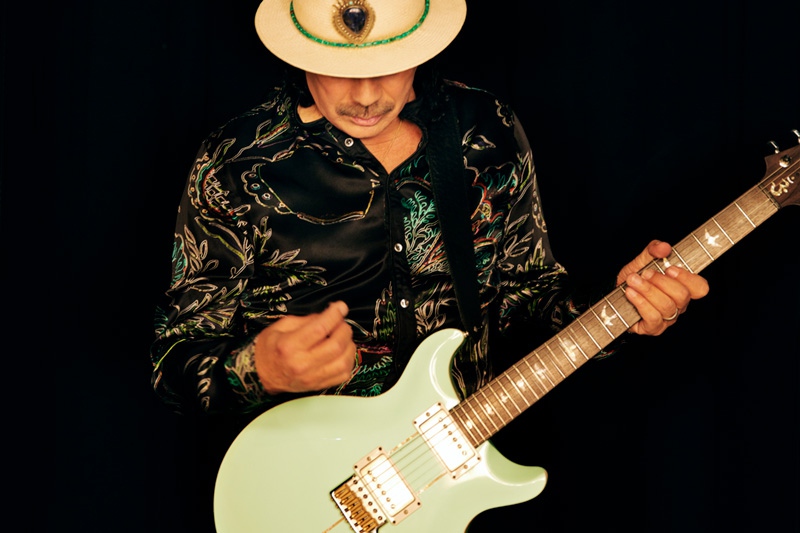 Cindy Blackman Santana and Carlos Santana are among the first musicians to join forces with SongAid and WhyHunger’s ongoing effort to fight the global hunger crisis exacerbated by the COVID-19 pandemic with their version of the John Lennon and Yoko Ono-penned classic “Imagine.” Starting on May 29, each week SongAid will release new music from a growing list of contributing artists. Each time a fan listens to a SongAid song, the streaming proceeds will go to WhyHunger’s Rapid Response Fund. Content will be distributed through a partnership with leading music distribution company The Orchard and made available to fans listening on Spotify, Amazon Music, YouTube Music, Apple Music and sharing on Facebook, Instagram and TikTok.

The first SongAid playlist features Cindy Blackman Santana & Carlos Santana’s “Imagine”, Darryl “DMC” McDaniels & The HellRaisers’ “I Was Born”, Tom Morello’s “Save the Hammer for the Man”, and The Silkroad Ensemble with Yo-Yo Ma’s “Take the “A” Train.” Each Friday, SongAid will release new songs from a growing list of contributing artists, including Wilco, Jesse Colin Young featuring Steve Miller, independent artists like Galactic, Otis McDonald, Martin Luther McCoy, Mike Marshall and Darol Anger, and many others.

“It is an honor to work alongside WhyHunger on the SongAid campaign. We have always been strong supporters of their work and it gives us great joy to share John Lennon’s message of peace and light, together with them, to make a tangible difference in the world and feed those in need. The world is in need of a spiritual hug, healing, and love and it is our hope that the divine intentionality of ‘Imagine,’ combined with the energy, interpretation, and new arrangement, will touch your heart and feed those in need. We are in service to Yoko Ono, and everyone at WhyHunger for the incredible work they are doing and their beautiful mission to feed the hungry,” said Cindy Blackman Santana & Carlos Santana.

“Now more than ever, it’s important that we all come together to ensure no one in our world goes hungry,” said Yoko Ono Lennon, a long-time supporter of WhyHunger. “That’s why I am once again standing with WhyHunger and SongAid as they galvanize the music community to help nourish people through the power of music and build a better world for our future. I am excited that Cindy Blackman Santana and Carlos Santana’s beautiful rendition of ‘Imagine’ is helping to kick off this important campaign and bring my late husband, John Lennon’s, vision of a peaceful world, free from hunger, to this critical cause.”

“SongAid is a simple charitable innovation primed for long term global impact,” said Fred Beteille, founder of SongAid. “Our united goal is to leverage the power of music to raise funds and provide direct, ongoing support to those in need. We’re proud to bring these people and industries together to create a sustained movement for change with our partner WhyHunger. We need to act now, this crisis is the challenge of our time and at the root of it, many millions of families around the world are food insecure. Inaction is unacceptable.”

The music will be made discoverable thanks to SongAid’s partnership with The Orchard, and available on Spotify, Apple Music, Amazon Music, Facebook and YouTube Music. Each time a fan listens to a SongAid song, the streaming proceeds will benefit WhyHunger. In addition to its streaming playlists, which will be curated by well-known musicians and public figures, SongAid will be supported by a series of virtual music, gaming and art activations on social media platforms that will take place throughout the summer of 2020.

“Hunger was a global crisis even before the pandemic. Now that millions of people are newly unemployed and without resources for basic human needs, food insecurity is spiking unlike anything we’ve seen in our 45-year organizational history,” said Noreen Springstead, executive director, WhyHunger. “WhyHunger’s history is grounded in activating artists to build awareness and spark action. I’m encouraged by and thankful for initiatives like SongAid that support our efforts to ensure everyone’s human right to nutritious food. The proceeds from SongAid will have a profound impact on local communities across the globe. Thank you to all the artists and companies who have donated to this cause and for the fans who are listening. We must come together to fight this crisis.”

SongAid is a collaboration between ASCAP, Bonsai, The Orchard, Shukat Arrow Hafer Weber & Herbsman, LLP, TrackTribe and WhyHunger, with corporate support from Hard Rock International and EY. To learn more, to donate music or to get involved, visit SongAid.com.