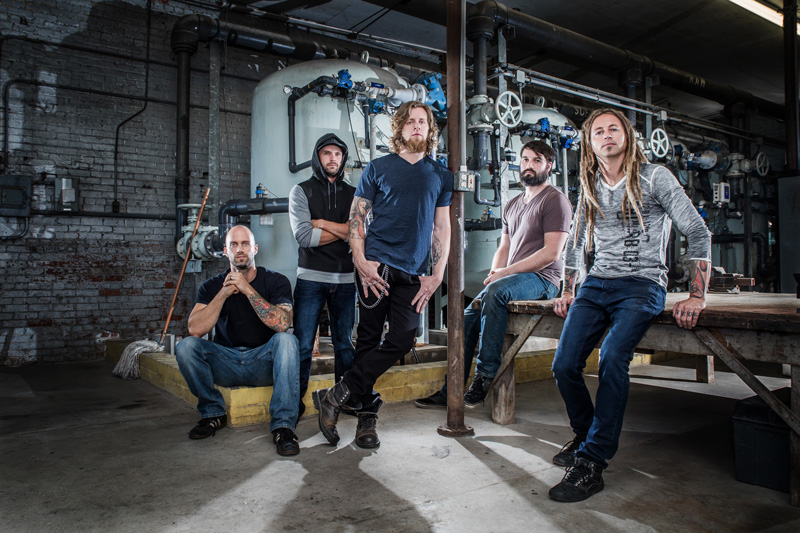 After a hiatus, Decyfer Down is back in action with their new album, The Other Side of Darkness, dropping on April 1st! PRS artist Brandon Mills is a guitarist for the band and used his Custom 24 extensively on the album. Hear the story behind one of the album's singles, "Nothing More," below!

"Nothing More" is available for order on iTunes now! -- Take Grammy and Dove Award nominations, a trio of best-selling major label albums, seven chart-topping singles, plus songs in major sporting events (UFC, WWE) alongside countless viral videos, and it’s certainly been a productive decade for Decyfer Down. Add in countless headlining tours, a double bill with Korn’s Brian “Head” Welch, plus support for Breaking Benjamin, Theory Of A Dead Man, Skillet, Thousand Foot Krutch, Puddle Of Mudd and Red (amongst many others), and it’s been nothing short of an all around whirlwind leading up to its latest (and somewhat belated) long player, The Other Side Of Darkness (set to release independently through The Fuel Music). 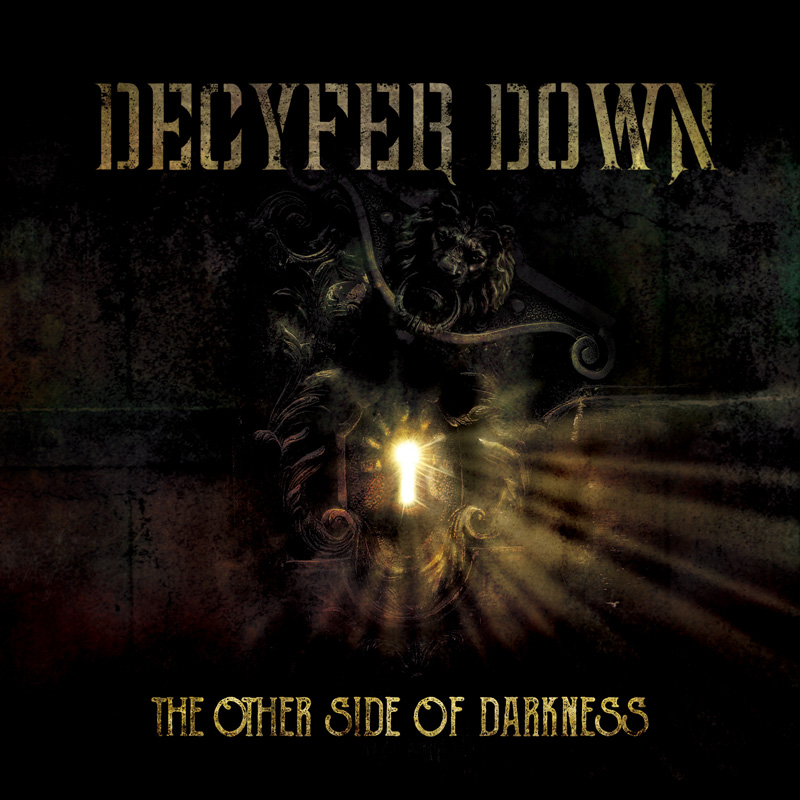 Sure the guys from a small North Carolina town were overwhelmingly appreciative for those opportunities, humbled at the worldwide response and thankful for at least three lifetime’s worth of experiences. However, with growing families, the constant riggers of traveling (mainly the logistics, never the people or places), coupled with mounting pressure to maintain the merry-go-round, the tension proved so tangible that at the peak of what appeared to be the perfect musical dream come true, Decyfer Down quietly unloaded the tour bus for what felt like the last time and simply retreated from public view. “When a band first comes together in their garage, there’s something magical about being with friends and playing what’s cool to you,” observes Chris of the band’s initial beginnings more than a decade ago. “But along the way if you have any kind of success, there’s a bar that’s put into place and then there’s a reset bar. You have to go higher and higher each time, so it becomes more of a business and therefore becomes more stressful. It’s so easy to fall into a ‘well, if we had one song work, we have to stay with that sound and write a hundred of those.’” Adds Brandon: “During the last couple years before we took a break, we were burned out from trying to write hit songs, touring and being away from our families all the time. I think we could all agree we thought it was over at that point and we weren’t really enjoying it anymore, which is really a shame because it’s such a privilege to play music, to have a platform and for people to even like our music.” For two years, the group practically stayed out of sight, parting ways with their label, plugging back into home and seeming perfectly content to live outside of the musical spotlight. “It’s nothing that we really talked about, but we started spending more time with family and getting locked into a somewhat normal life,” shares TJ. “It wasn’t like we made a decision to not go out, but it just kind of happened and evolved into what it was.” But then completely out of the blue, Decyfer Down got a call to join the CityRockfest Tour with Disciple, Nine Lashes and Seventh Day Slumber, a truly unexpected development considering the band was without management or any official infrastructure whatsoever. “It was kind of cool and scary at the same time, but we decided, ‘man, we can just go out and play some shows,” recalls Brandon. “We definitely had some stuff to overcome, like doubting our abilities to bring it all back, but once we got out there, we saw that people actually missed Decyfer Down. Being able to go back out and reconnect with people was super inspiring and made us feel like our story wasn’t over yet. It’s really cool the Lord tapped into our hearts that there’s still a song to be sung and something to be said. The more we got together, the more we started writing and everything felt really exciting and just a whole lot of fun.” 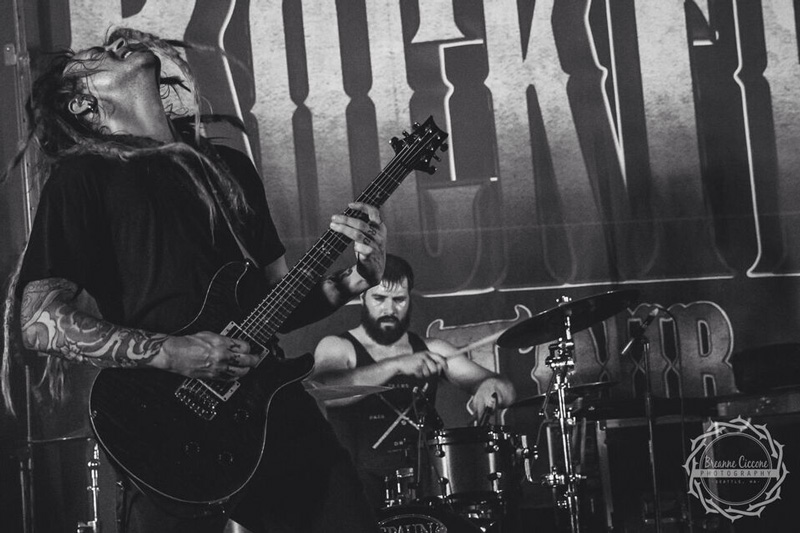 Continues Chris of the circumstances that finally lead to The Other Side Of Darkness: “It was so stressful for so long that being able to pull back this time and go back to the beginning- to just be together as brothers writing music- was unbelievably freeing and refreshing. I know every artist says ‘this is the best album we’ve ever done,’ but there is definitely some of the best sounding stuff we’ve done in a long time just because there are no limits. We can write about whatever we want to write and we’re not in a box.” Not only did that open canvas allow any creative and lyrical ideas to enter the fold throughout The Other Side Of Darkness, but it also gave the group a chance to partner directly with its fans and friends for the project via IndieGoGo. In fact, the title for the dynamic tunes contained therein couldn’t be more appropriate, chronicling both Decyfer Down’s specific journey from exhaustion to exhilaration, paired with the idea of overcoming obstacles of any nature. “The burnout was part of the title and tying that in,” confirms Brandon. “It was very discouraging laying our baby to rest and everything we had worked so hard for, plus me, TJ and Chris have lost some guys and had to replace people. But now that we’re able to continue, we’re in such a good spot and there’s a peace and transparency within this band.” Piggybacks Chris: “The record is dealing with a lot of demons, but it’s also wrapped in hope. Darkness is a valley, but there’s the light of God’s love on the other side. A lot of people we talk to say ‘man, I’ve done too much bad stuff to get to heaven and there’s no way God could love me,’ but that’s not true. With all the subject matter we’ve talked about, we just want people to know on the other side of darkness is God’s love. We all deal with darkness every day in our life and we all personally know how it feels to be constantly submersed in the valley, but there’s the other side of that too.” One of the key tracks in that awakening is the lead single “Nothing More,” a fists-in-the-air anthem that ranks right up amongst Decyfer Down’s most aggressive and attention grabbing to date. “We kind of left that open for a little bit of interpretation, but basically everyone is going to deal with something in their lives where you wake up in the morning feeling like it’s just pounding you,” explains Chris. “If the Holy Spirit has convicted you of something, Satan can use whatever he can to weigh you down, so it just talks about severing the ties with whatever that is. You want nothing more in life to get rid of that problem that’s weighing you down and getting in the way of your relationship with God. Everybody deals with that, whether it’s an addiction or a relationship. There are lines in the song where some people might think it’s a person, but it’s basically a cry out to change for the better.” 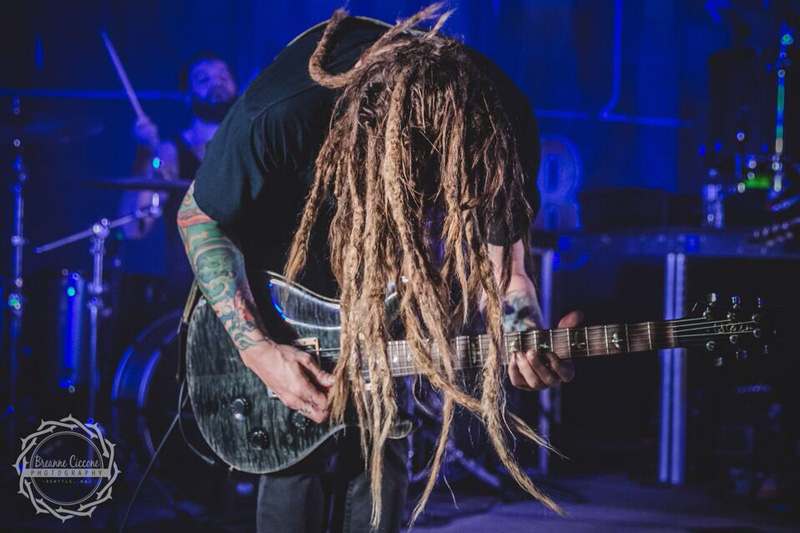 Another standout is the equally assertive “Rearrange Yourself,” which chronicles another spiritually-centered struggle anchored around standing up for one’s beliefs. “There’s no doubt Christians are under attack more so than ever,” notices Chris. “You can’t do things anymore without offending someone or getting in trouble, like if you say the word ‘Jesus’ at school or almost anywhere. ‘Rearrange Yourself’ is a double standard song that says ‘don’t pick me apart. You need to rearrange yourself first and then we can talk.’ We all know someone who, as much as we try, is still hard to love. They want to pick us apart as a Christian just sitting there judging us and watching every move. That’s one of the songs that comes out guns blazing.” “There’s a little bit of angst on this record for us,” concurs Brandon, who along with the rest of the guys in the band was raised on a steady diet of alternative rock, grunge and even some groove-based metal. “It’s probably one of our heaviest records, but there are also some chill songs. I would definitely say on the heavy end, I love ‘Rearrange Yourself’ and ‘Nothing More,’ and then when it comes to mid-tempo tunes, ‘Dead Skin’ and ‘Beautiful Lies.’ It’s going back to where we started, but maybe a little harder on the aggressive side in places.” Indeed, Decyfer Down made a conscious decision to shatter all comfort zones, whether they be artistically or thematically, as evidenced in the all around no-holds-barred approach to The Other Side Of Darkness. “There’s a lot of stuff going on in this world, and if you watch the news for an hour, you can probably figure out ten songs you want to write about,” remarks Chris. “And let’s face it, we all have these conversations that no one wants to talk about that need to be talked about. Just because you’re a Christian doesn’t mean you can’t be pretty blunt with someone when you’re upset about something or share a struggle that you’re going through. I think it’s just important to be real, even if that might make people uncomfortable. Rock and roll has always been dangerous, so where’s the line that says if you’re a Christian band you can’t cross that line to talk about certain issues? Not only should we talk about them, we should try to figure them out and help people try to deal with those things.” Even with the overt commitment to their core beliefs, Decyfer Down’s reach has stretched well beyond simply spiritual circles. In fact, the group is just as accustomed to playing in clubs, theatres and arenas as it is faith-based events and churches, which accounts for an incredibly diverse fan base. “People are people no matter what four walls surround them,” suggests Chris before Brandon expands. “That’s always been the heart of our band. We want to sing about the struggles we go through as Christians, but chances are there are those who are going through the exact same struggles and trials. We’ve never set out to be a mainstream band or a Christian band. Whatever doors open, we just walk through them. We love playing everywhere and we love meeting people.” And Decyfer Down will have plenty of chances to do just that while embarking upon a massive tour alongside Disciple, Seventh Day Slumber, Spoken and Children 18:3 in support of The Other Side Of Darkness. But rather than setting their sights on the grandeur that came the first time around, the guys simply want to energize and rejuvenate their fans, while taking enough pauses personally to simply enjoy the ride. “Ten years plus of doing this has been a crazy trip but it’s been awesome,” admits TJ. “After taking time off and going back out, it’s been great to see some familiar faces and hearing how they’ve grown as people and in their relationship with Christ, plus we still hear from people who heard us on mainstream radio and how a song changed their life. Everyone’s from all different backgrounds and situations, but hopefully we’re all growing.” “We definitely hope people are encouraged and challenged through this record,” sums up Brandon. “We are just enjoying the whole process again, and if people love it, awesome, and if they don’t, at least we really enjoyed making this record together. It’s exciting to think about what it could do, but we’re not dependent on it now that we’re all married and are all dads, which is a great place to be. It’s a different season and it feels like we’re in a new place. It all feels new again, it’s fresh and it’s just cool.” CONNECT WITH DECYFER DOWN Website / Facebook / Twitter / Instagram