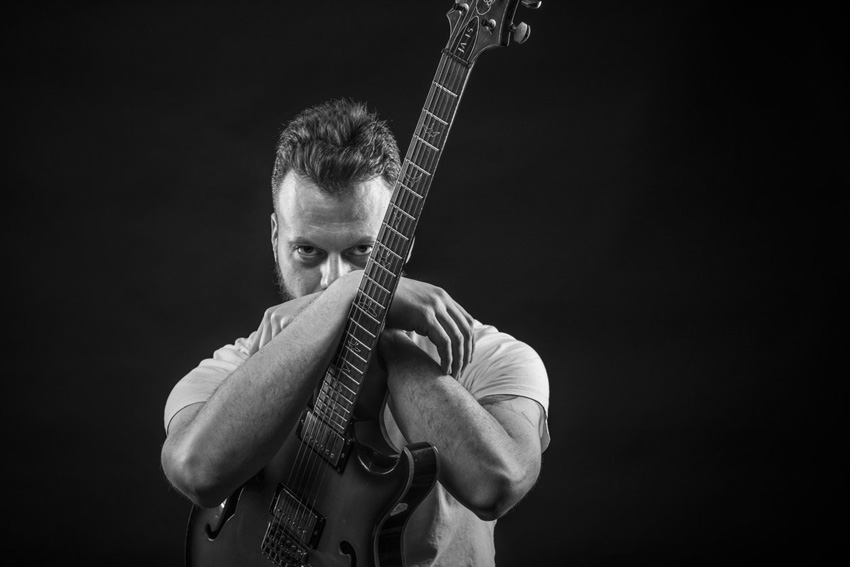 ^ Photo by Alex Morgan PRS artist Emil Werstler stayed busy for most of 2017 and early 2018 working towards the release of his album, Verlorener. The unique self-produced project embodies a sound Emil has had in his head and always wished to share with the world. "Devil In The Room" was the first song to debut in February of 2018, and now the first to have its own music video. ABOUT THE MUSIC VIDEO The footage that comprises "Devil In The Room" is mostly found footage from many decades ago mixed with shots of Werstler playing his PRS JA-15. Emil elaborates in an interview with Premier Guitar, “I went down to Atlanta and did a 14-hour shoot on a Sunday, and they had what they needed. It’s cool to see something that ancient—that digitized found footage—with glitching and all this weird stuff happening. The footage is a mixture of 35 mm, 16 mm, and 8 mm test film, with models and actors, combined with recently found 8 mm reels the director’s grandfather shot in the ’40s, ’50s, and ’60s. They embody the Americana era that no longer exists and wasn’t as quaint as it seemed underneath the surface. Although this era is often the collective, romantic fantasy, we can neither recreate it, nor do we truly crave that way of living 50 years later. We all have the capability to be the devil in the room in our personal relationships as they fall to pieces.” ABOUT THE SONG Emil shares, "‘Devil In The Room’ is heavily influenced by the harmony of Manouche Jazz and late 80’s era Depeche Mode. It was the final song written for the record and features a cello trio over beats with a solid guitar performance through out. Although the song is unique instrumentally, ‘Devil In The Room’ is an accurate depiction of the record’s sound as a whole." Watch the music video below: