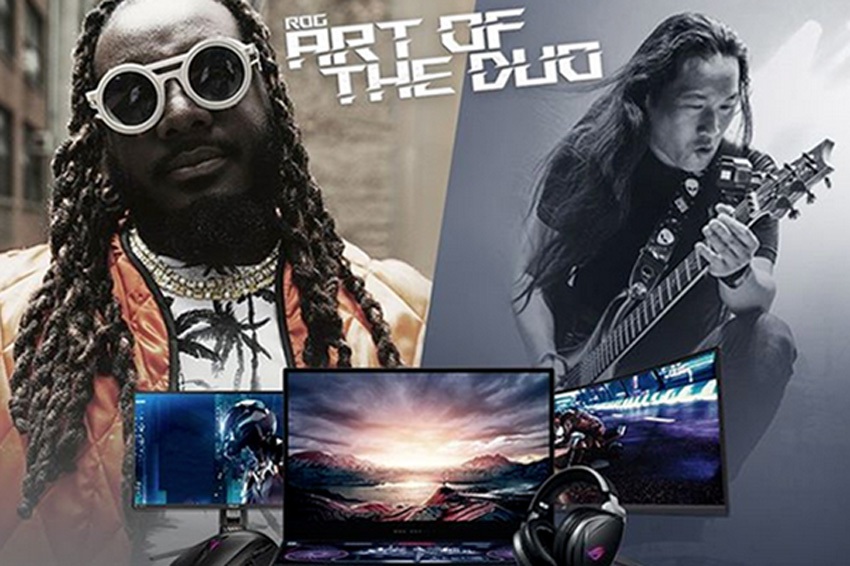 Herman Li, lead guitarist for pyrotechnic power metal band, Dragonforce, has gotten involved with an interesting new venture. The famed shredder is participating in a unique new competition sponsored by the ASUS ROG (Republic of Gamers) brand of gaming PCs. The basic premise of the contest is to pit two teams, or duos of artists against each other in a creative showdown like no other.

Teammates must work to together to produce a series of short videos, no longer than thirty seconds a piece. They are free to create any type of content they wish and have been outfitted with ROG’s new powerhouse laptop, the Zephyrus DUO 15. The winning entries will be determined by the gaming community at large, who will judge the entries based on their creative merit and then vote online. There are tons of great prizes up for grabs, including a pair of Zephyrus DUO 15s that will be handed out to two lucky members of the voting public.

Herman’s team is a little unorthodox, in that he hasn’t been partnered with another individual artist. Herman’s partner is The Kingdom of Something; a small boutique animation studio operating out of Amsterdam and Berlin. Herman has been collaborating with Maxwell Reed and his internationally coordinated team to create video game inspired shorts. Together they face off against an opposing duo consisting of rapper T-Pain and Rafael Varona, an established Illustrator, animator, and art director.

Watch this behind the scenes video that prominently features the sick one-of-a-kind custom PRS we recently built for Herman:

The Art of the Duo campaign kicked off on the 13th of August and will run through October 28th.

Learn more about the teams here!