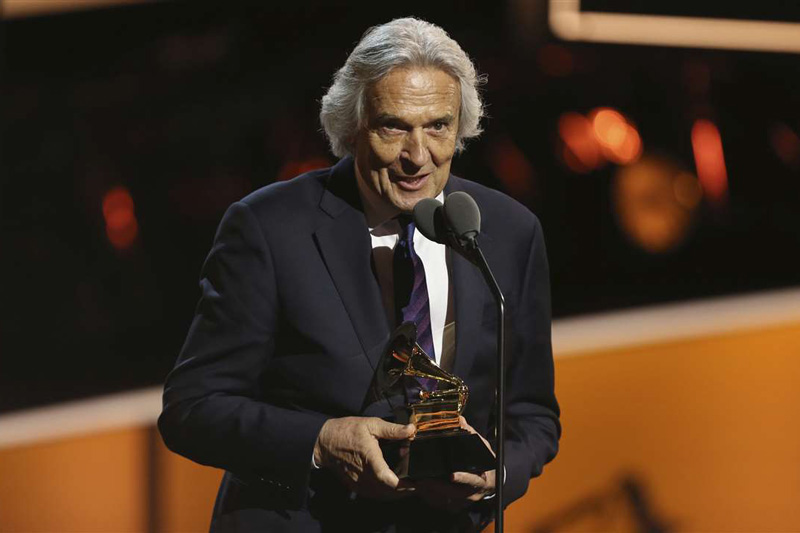 John McLaughlin just celebrated his second Grammy win, and his first as a Solo Artist. Presented at the 60th Annual GRAMMY® Awards, John McLaughlin won "Best Improvised Jazz Solo" for the live track “Miles Beyond” from his album, Live at Ronnie Scott’s. John said of the honor, “Winning a Grammy is a wonderful experience, but to win it for improvisation is the jewel in the crown! Thank you!” This marks the first solo win for the legendary guitarist (John was included with Chick Corea in a 2009 win for Five Peace Band.) This also marks the first Grammy Win for McLaughlin’s label, Abstract Logix, home to genre bending composers and creators. In tribute to his nearly 50-year career, McLaughlin recently finished his final U.S. tour. The Meeting of the Spirits Tour – took McLaughlin and the 4th Dimension across the country for over 5 weeks before winding up on December 9th at a sold out UCLA’s Royce Hall in Los Angeles, CA. The tour was a collaboration with one of McLaughlin’s favorite musicians, American guitarist Jimmy Herring, who joined the Maestro with his own band, Jimmy Herring and the Invisible Whip. Show reviews were unanimously spectacular, raves from critics at Buffalo News, Relix, Downbeat, Chicago Sun-Times, Billboard, Guitar Player and more have overwhelmed the guitar legend. Recently the Boston Globe testified, “Fans knew what to expect: blinding speed on the strings and often eccentric time changes. What they got was thrilling realization that McLaughlin, one of the most lauded fusion guitarists for decades, has gotten better at his craft. He’s faster, more inventive, more soulful...A memorable farewell.” Hear a sample of the Live at Ronnie Scott's performance at the following link: https://mahavishnujohnmclaughlin.bandcamp.com/album/live-at-ronnie-scotts -- *Story photo courtesy of Matt Sayles / Invision / AP.
← Back To Blog