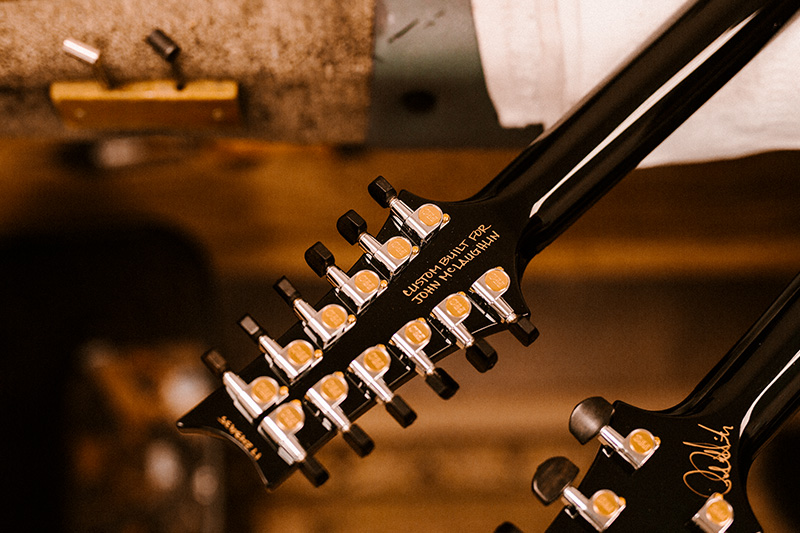 John McLaughlin’s pioneering impact on the world of fusion guitar and for that matter, guitar in general, is difficult to put into words. John’s career began in the 1960’s and has now covered a span of more than 5 decades and resulted in over 20 albums. His work has caught the attention of Miles Davis, Carlos Santana, Al Di Meola, and countless others with whom he has collaborated and performed along side of.

Paul Reed Smith has been a long time fan of McLaughlin’s work and admits that for years he worked to build a guitar that John would fall in love with. Eventually, John was given a “magic guitar” built by Paul Smith and soon began playing this PRS live and in the studio. 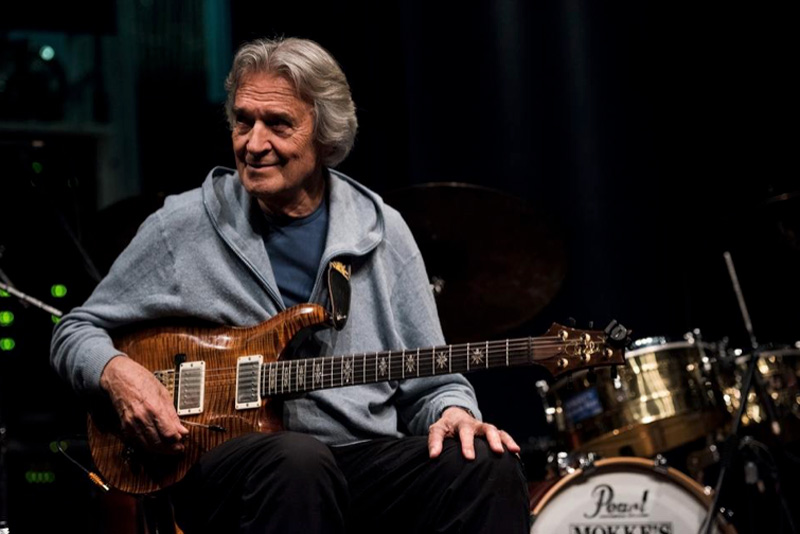 Paul Reed Smith commented, “I am so pleased that I have a picture of John McLaughlin with his PRS guitar on my office door. As a guitar maker, to be able to build an instrument for such a remarkable musician and human being warms my heart. On top of that, the guitar goes with him everywhere!” 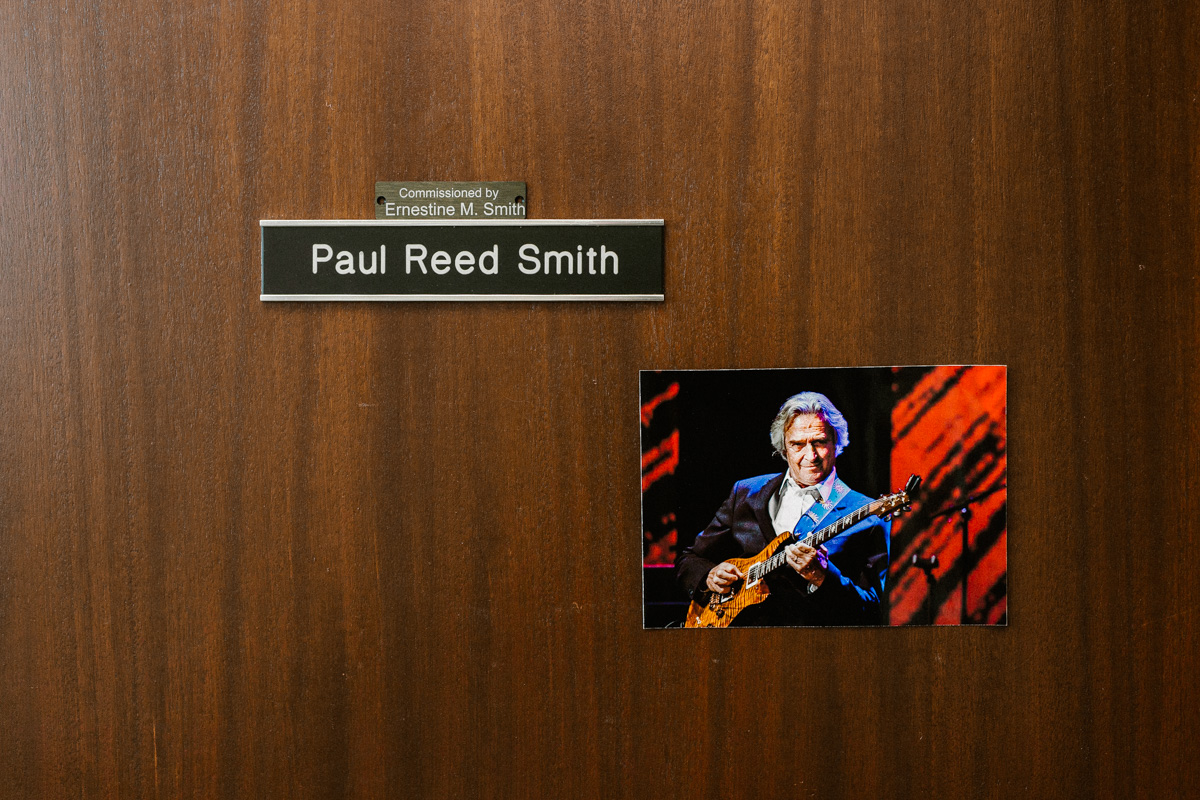 This week, John has kicked-off what will be his farewell U.S. tour. “I’ve been touring since the age of 16, so that adds up to a lot of years on the road,” McLaughlin said in an interview.

His upcoming series of shows, dubbed the “Meeting Of The Spirits” tour, joins McLaughlin with fellow PRS artist Jimmy Herring for 23 dates along the east coast United States and finishing in Los Angeles on December 9th.

Check out one of the incredible live performances filmed at New York's Capitol Theatre: 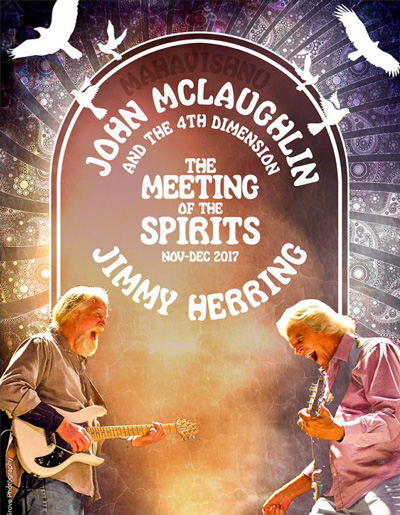 It was in preparation for this tour that John reached out to Paul Reed Smith and Bev Fowler (PRS Artist Relations) regarding a double neck guitar. The PRS team got to work.

Check out a few behind the scenes shots of our Private Stock team building John’s new double neck: 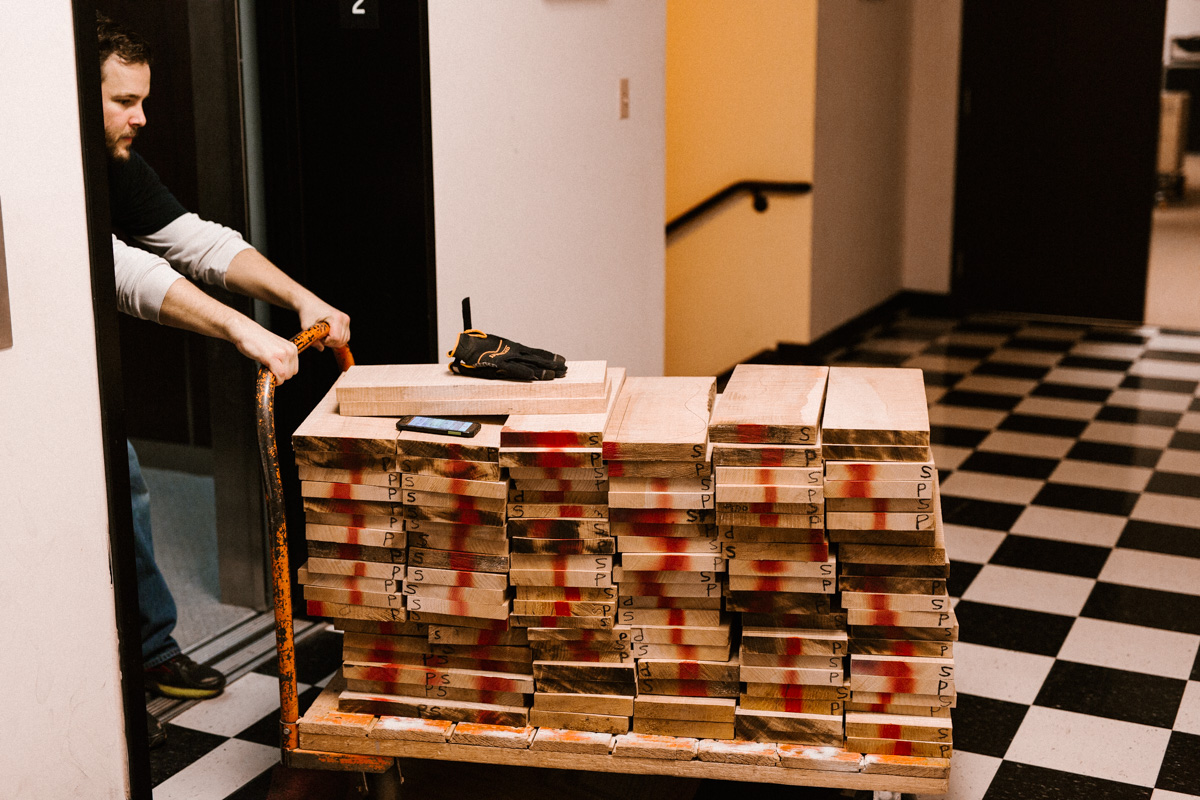 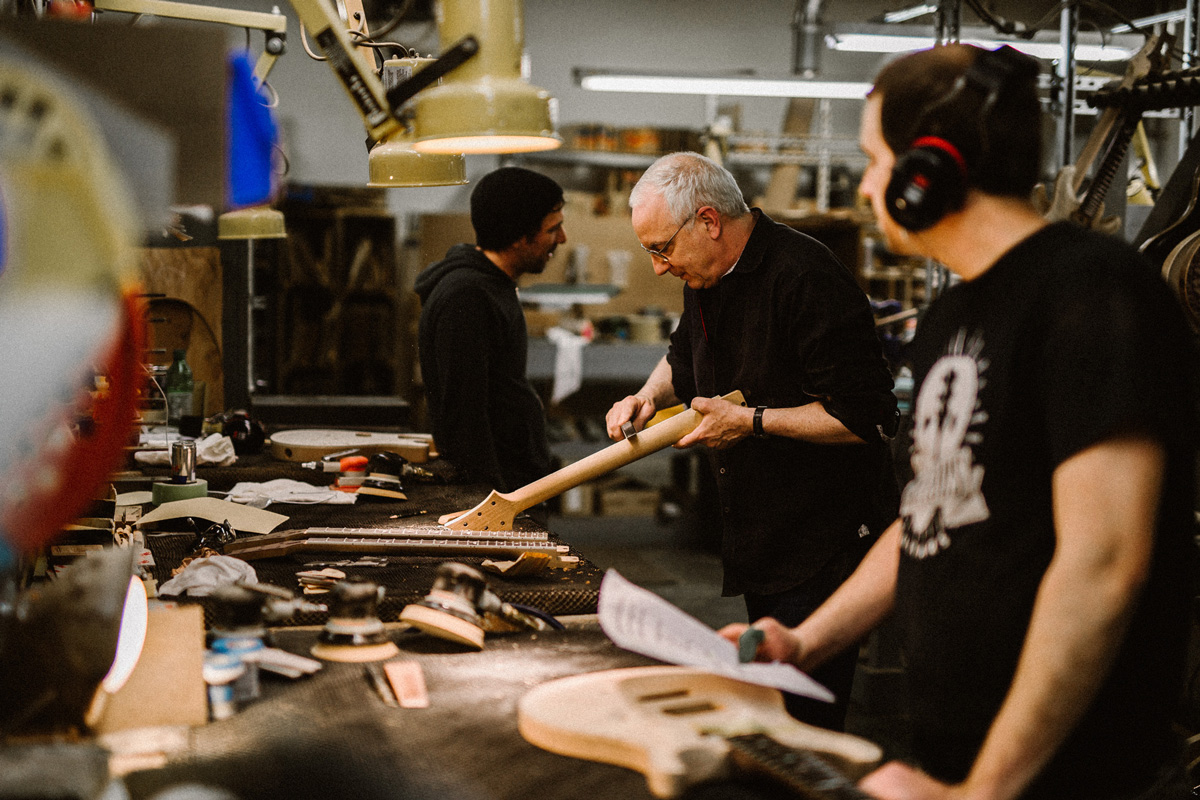 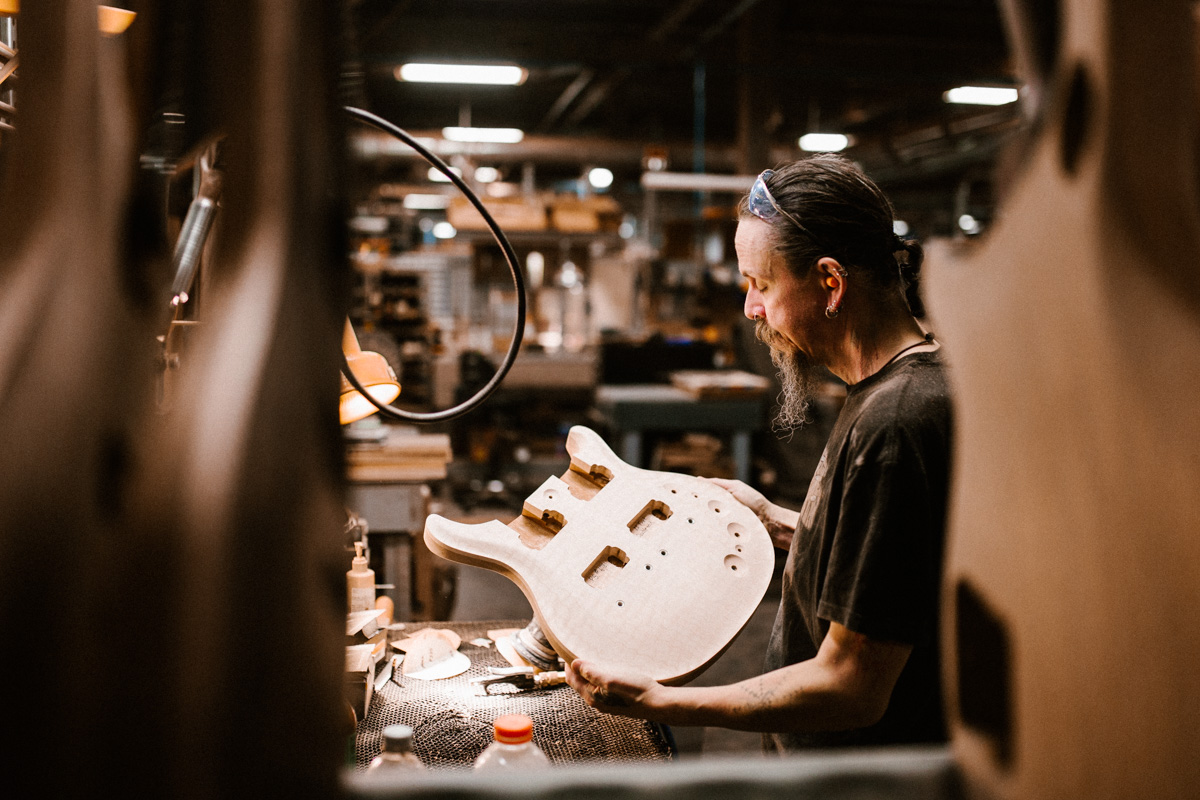 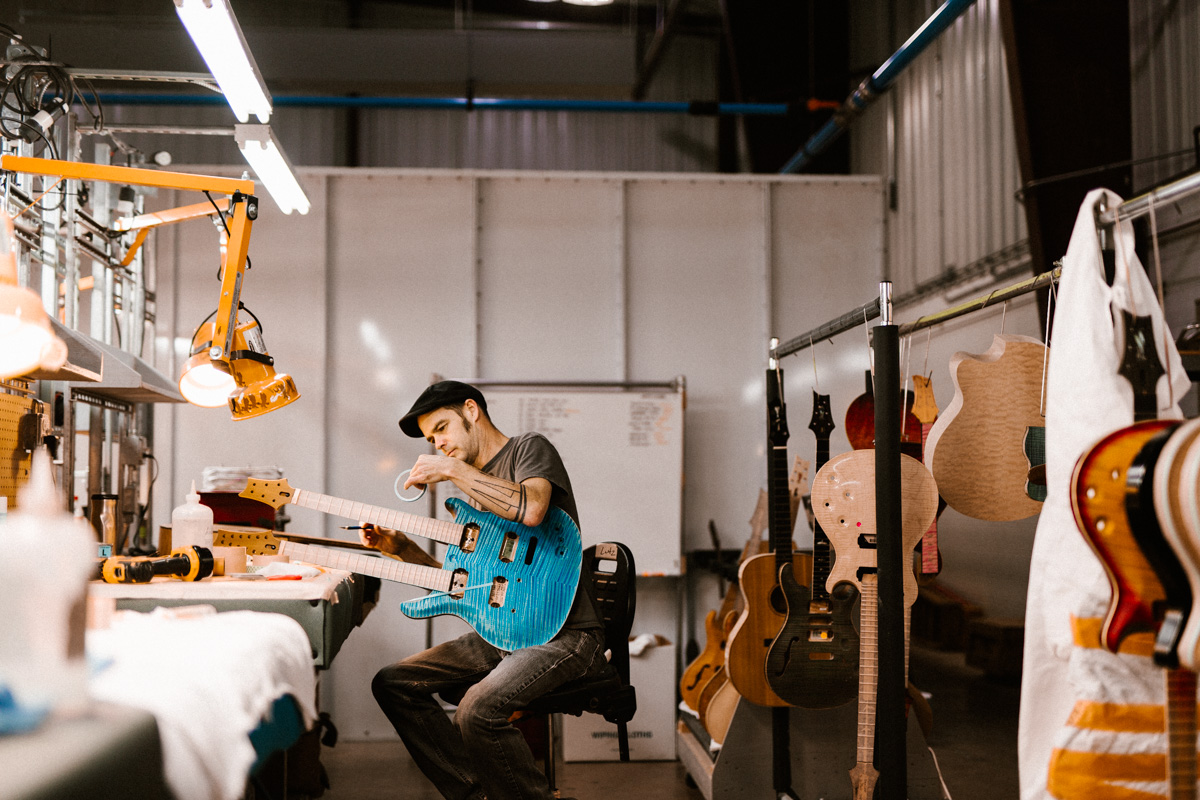 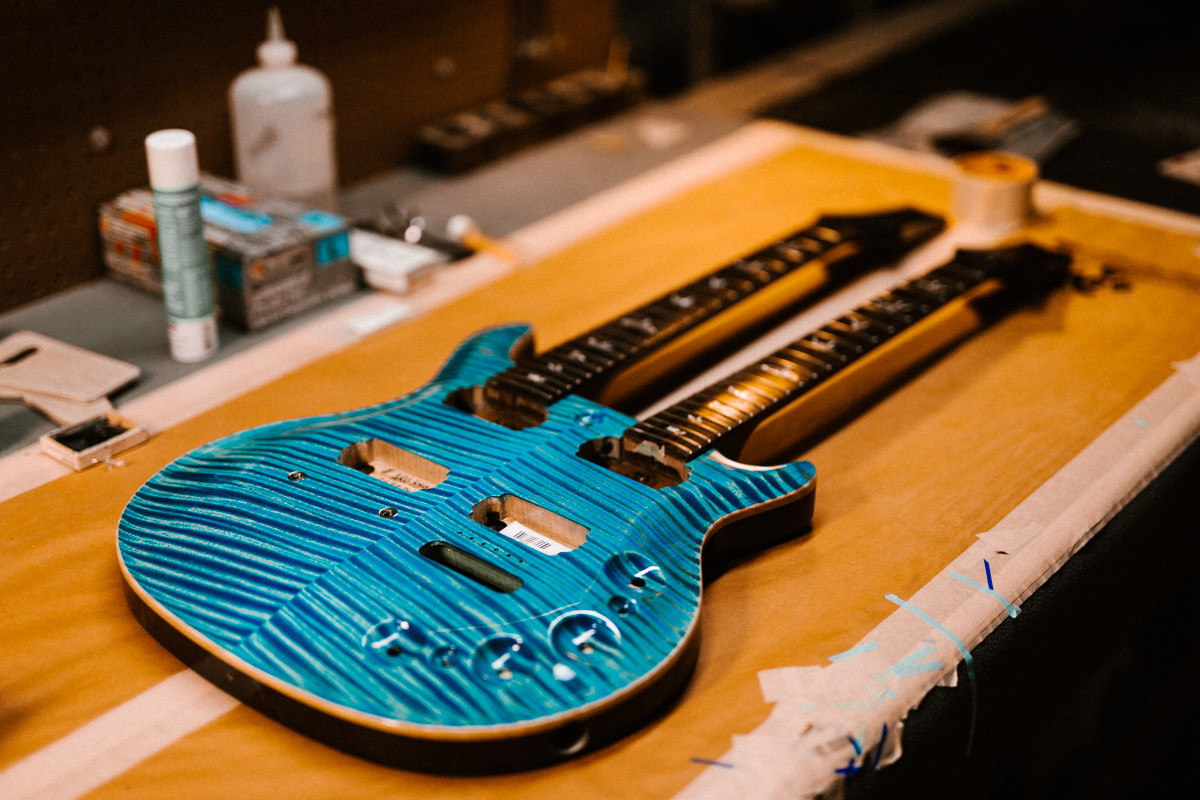 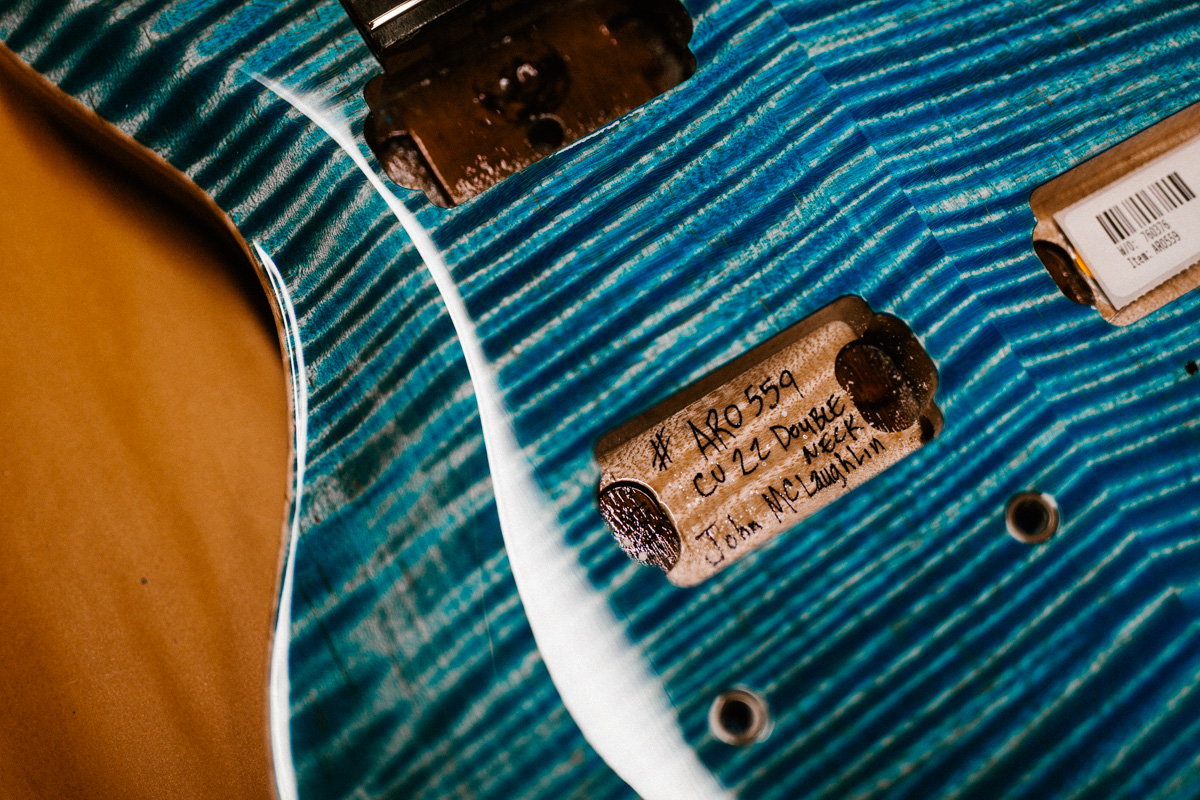 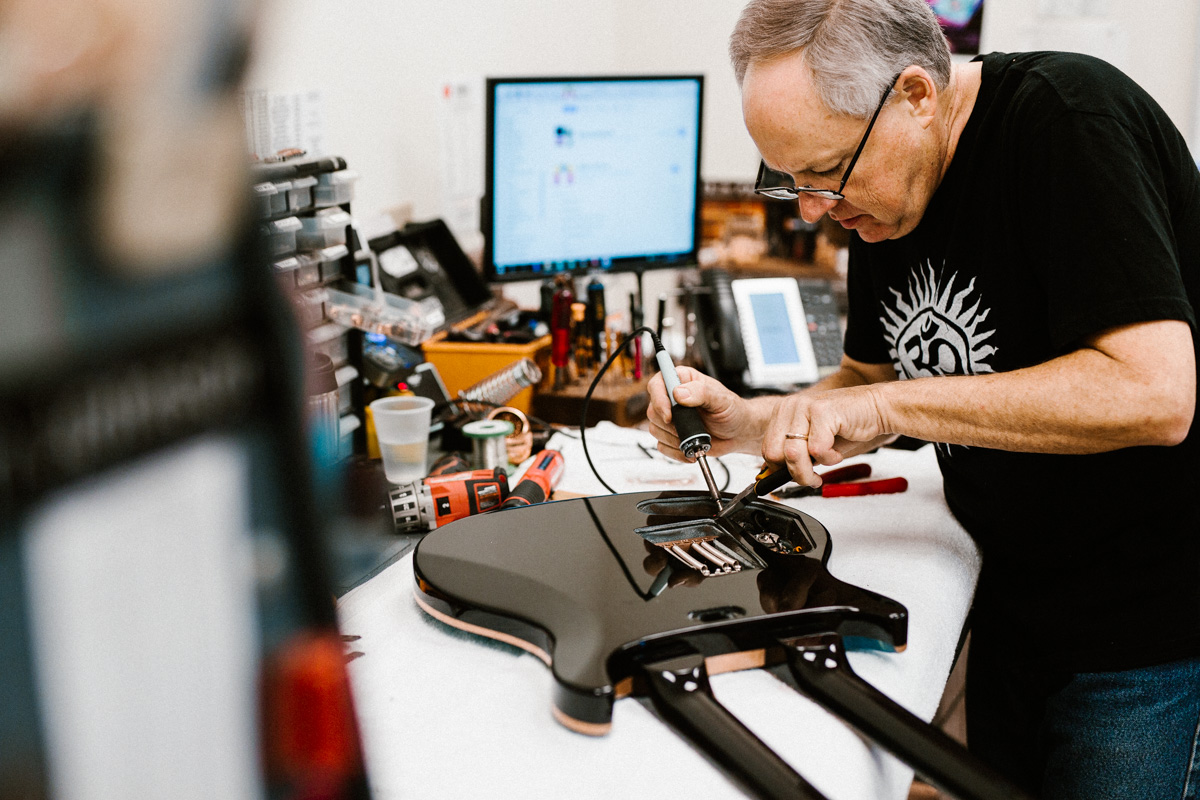 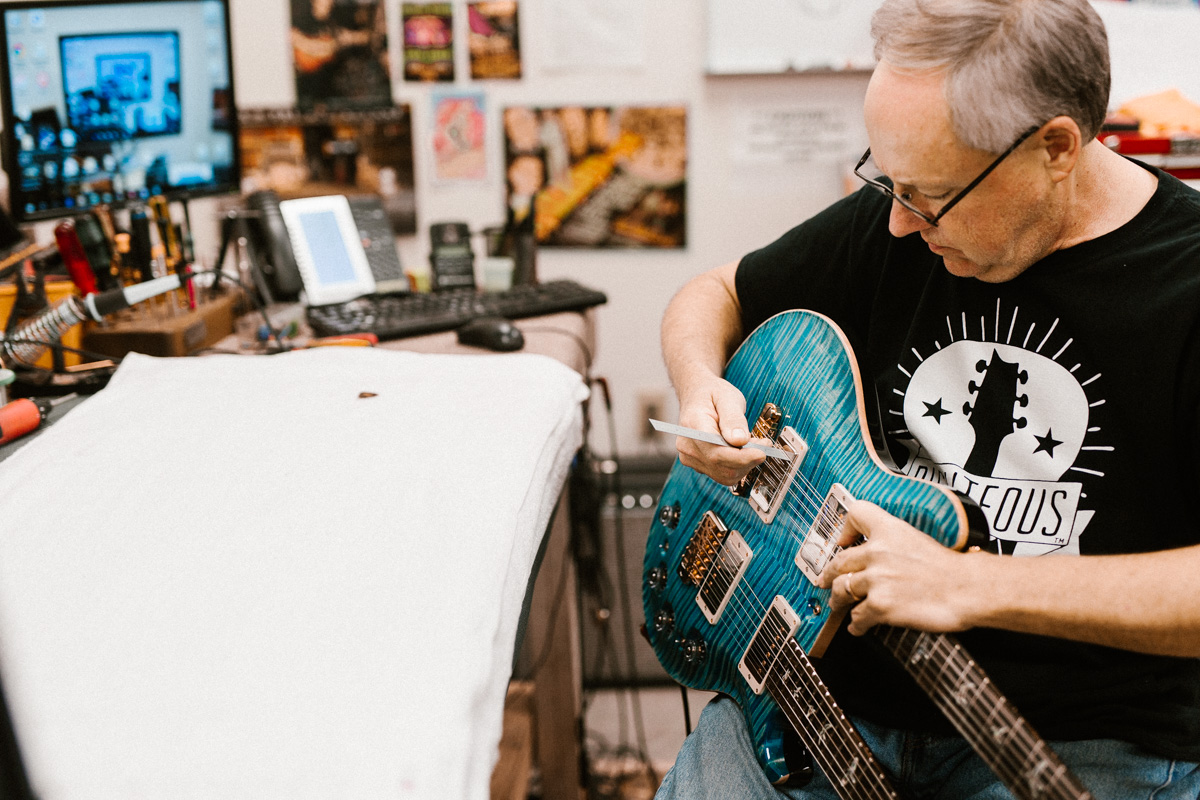 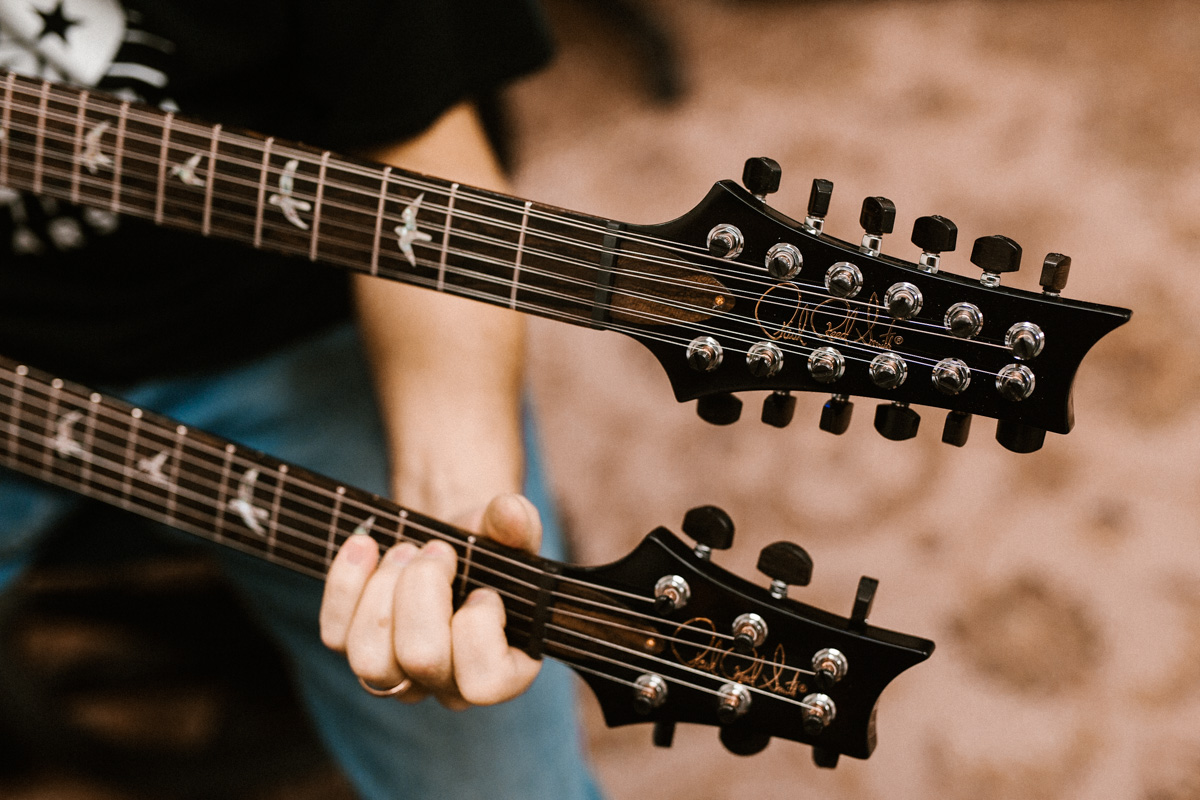 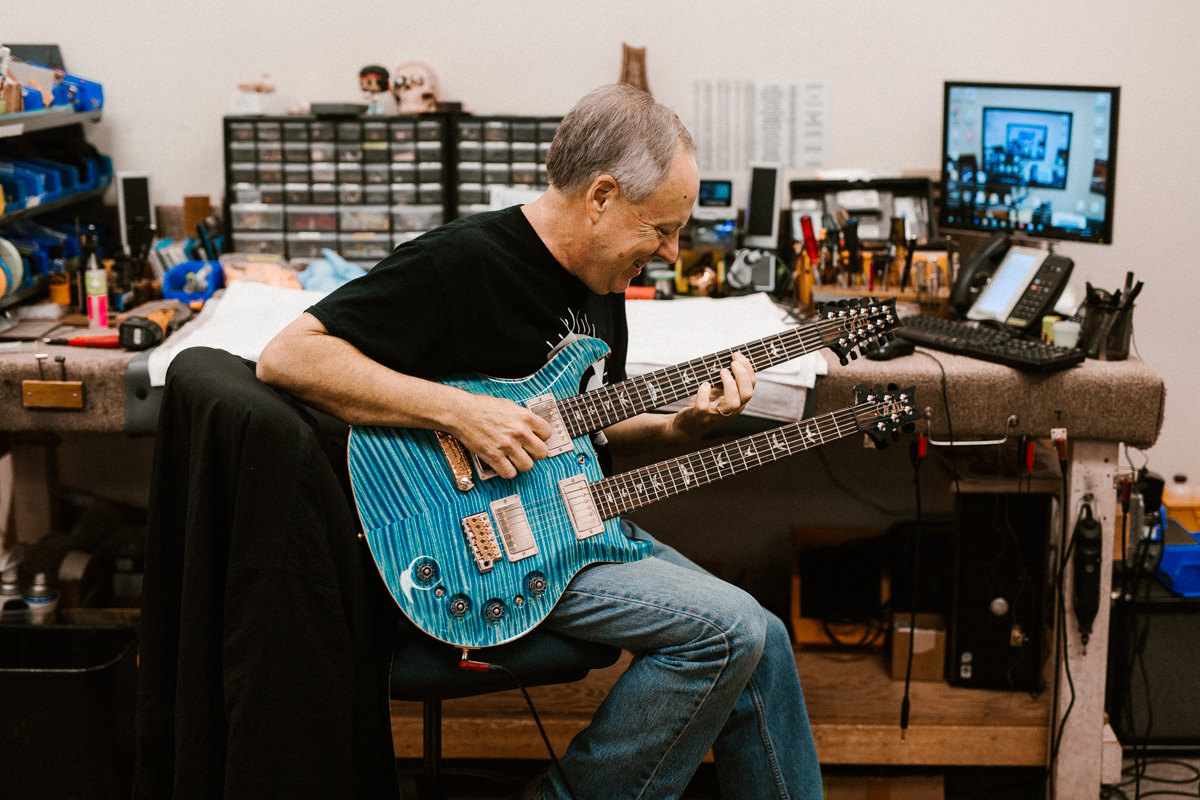 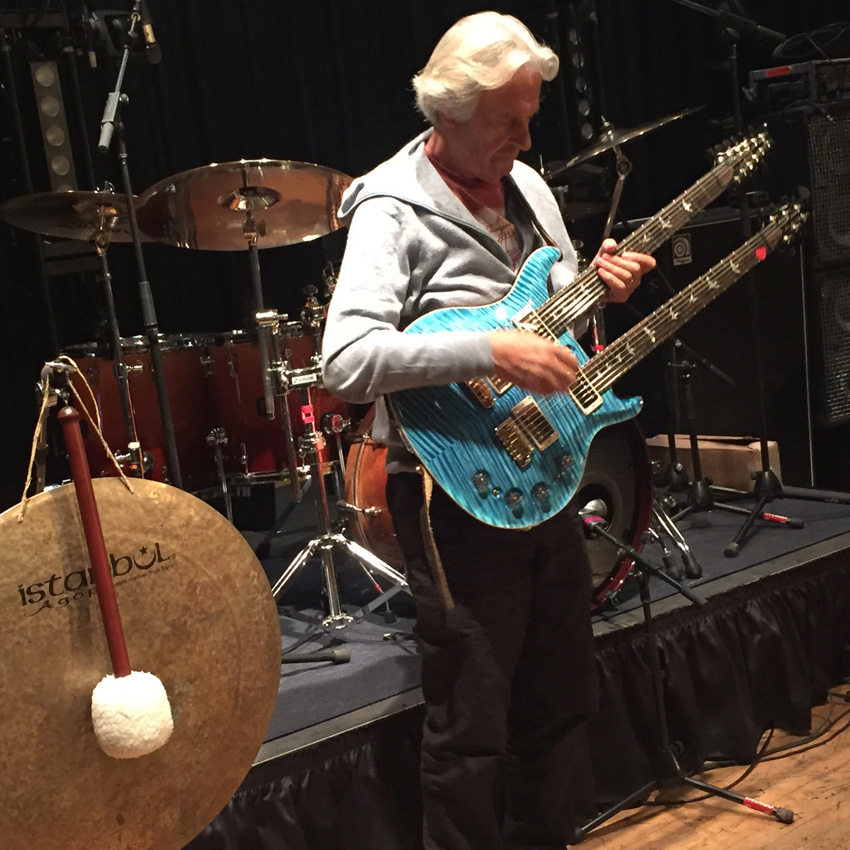 At the conclusion of the tour, John has pledged to auction this guitar off in order to donate 100% of the funds to the "Music Therapy Programme" for children in Ramallah, Palestine.

John writes, "For my farewell tour of the US, Paul Reed Smith built me the guitar of my dreams. It is hand made and integrates everything I need in a guitar. It is a magnificent instrument of great intrinsic value, and after my final and farewell tour of America, it will become priceless to me. It is for this reason I wish to auction it at the end of my tour, to raise money for the people who are healing through music, traumatized children and adults, in Palestine."

John has created a campaign to raise funds for this cause.

With excitement we wish John and Jimmy success on their upcoming tour, click the link below to find a venue near you.

MEETING OF THE SPIRITS TOUR DATES