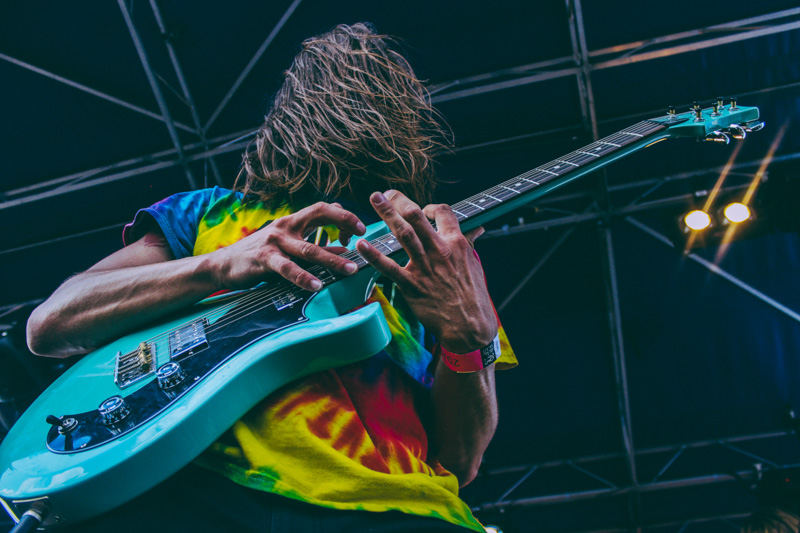 Jordan Smith is a singer and guitarist for Nashville-based rock band Diarrhea Planet. The band tours frequently and is known for their rowdy live shows and expertly crafted riffs. Recently Jordan began touring with a PRS S2 Vela in Seafoam Green, check out his first impressions of the new axe.

Jordan will take it from here:

The neck was BY FAR the easiest neck to adapt to playing on I have ever encountered. The fretwork was impeccable and perfect, neither myself nor my tech could find any sharp edges or dead spots. The finish was incredibly even and did not seem to inhibit the tonal resonance of the guitar at all. I have to say that this is the highest level of skilled workmanship I have ever had the opportunity to play. I felt comfortable during the first show with the guitar. It felt like I had already been playing it a long time. The weight of the guitar and the way it rests against your body when playing is also a huge plus as its incredibly comfortable. I also really like the bridge.

Now on to the fun part, let’s talk about this guitar sonically. My initial reaction was holy hell, the thing has the smoothest tone I have ever heard. It is tight and focused without sounding small. I really like the smooth midrange that this guy likes to put out. The articulation of the bridge pickup, even with multiple gain pedals running, is pretty amazing. Everything always sounds clean and clear. Leads really explode out of this guitar in a cool way. They sound a lot rounder and fuller than a lot of the bolt on neck guitars I have been using. I really like playing lead on this thing. Also, this guitar has the only neck pickup I have ever used live. I have always been a bridge pup only kind of player. This neck pickup is the shit. I love coil tapping the bridge humbucker and putting it in middle position to blend both pups. You can actually get some great tele like tones out of this thing! And the neck pup by itself sounds absolutely wonderful for solos. Its got that thick sound without getting too wooly or muddy, which is very rare. This guitar really excels at being sonically diverse. I don’t know if I have played something that could get such a wide range of excellent tones that were all so different. 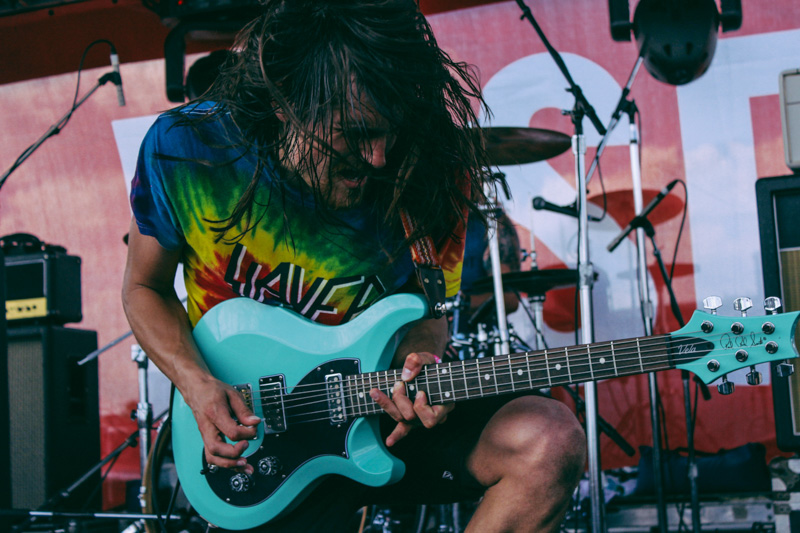 However, the main thing I wanted to touch on about this guitar that makes it truly unique and something that is fun for me is its transparency. You hear that word thrown around a lot when talking about pedals and amps, but rarely a guitar. It took me a second to fully figure out in words what I was hearing. When amplified, the electric sounds coming out of this instrument are the most pure representation of my hands that I have ever heard. There is no color, there is no raunch, there is no hair, there is no mud. There is just the crystal clear sound of my hands. I can hear where I excel at playing, and I can hear where I am sloppy and need to work on my technique. The fit and finish of the guitar won me over initially, but this was by far my favorite characteristic of the guitar. It makes it fun to play, and even more importantly, it makes it fun to listen to. I think the PRS team has hit a home run with the Vela. In terms of quality and tone at this price point, I don’t think anyone else is making anything remotely close.