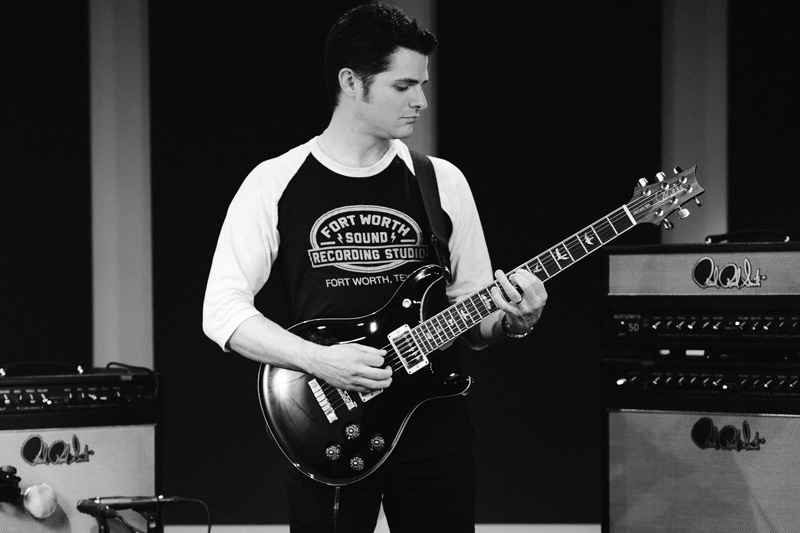 Since diving headlong into the wonderland of Snarky Puppy, the powerhouse band with whom he has won multiple Grammys, along the way working with the likes of David Crosby, Erykah Badu, Kirk Franklin, and 50 Cent, Fort Worth-based guitarist Mark Lettieri has plumbed his deepest waters in a string of solo albums. Starting with Knows (2011) and Futurefun (2013), then moving on to the Billboard-charting Spark and Echo (2016) and, most recently, the appropriately titled Deep: The Baritone Sessions (2019), Lettieri returns with Things Of That Nature, his most personal effort to date. As a sonic experience, it’s both three-dimensional and metaphysical, and in that sense represents a giant leap of intuition. Joining him over the edge are Jason “JT” Thomas on drums and percussion, Wes Stephenson on electric bass, Justin Stanton on Moog and Fender Rhodes, Shaun Martin and Bobby Sparks on an even wider array of keyboards, and Bob Reynolds on tenor saxophone. As with each of Lettieri’s records, this one is a time capsule of life experiences shared with musicians he trusts to convey those experiences in photorealistic detail.

Listening to the emblematic "Naptime," one gains keen insight into the mind of an artist who blurs lines in more ways than one. Not only because the song was hammered out between waking hours while his newborn daughter slept, but also because Lettieri is an idiomatic chameleon, jumping nimbly from one mood to another while the rest of the world slumbers. Like much of the set presented on this, his fifth album as leader, it grew out of seeds planted in Lettieri’s home studio, watered to fruition under sometimes-urgent circumstances.

In the music video for "Blockheads" below, Mark is using his black McCarty 594:

Whether in the R&B-inflected "Point Iz," a slow jam with plenty of fruit left over for more, or the fingerstyle acousticana of "Ojai," the results will feel just as familiar to new listeners as surprising to longtime fans. Where the latter, based off a David Crosby tuning, ends the album left of center, "Blockheads" finds Lettieri in a heavier mode, waving a banner of epic harmony. Striking up a mid-tempo rock groove, he nurtures ideas already planted in Futurefun, and sees this anthem as a sequel of sorts to that 2013 EP’s Catboy. Its soaring guitar work points to another corner piece of Lettieri’s sonic puzzle: namely, his ability to adapt to every moment in texture and dynamic range. Here, as also in the 7-string guitar funk circus that is "Bubinga" and the retro vibes of "Huh" (an upbeat yet twisted tune loosely inspired by the song “Radar Love” by Dutch 80’s glamsters Golden Earring), listeners will encounter astonishing technical variety.

Lettieri’s solo work gives him space to exercise total creative control. Such freedom of expression abounds in "Seuss Pants," a gorgeous ride through fantastical vistas, and "Chicory," a laid-back groove in the vein of John Scofield with tropical touches and a hard-edged saxophone solo. By the sum of these flawlessly moving parts, it’s plain to see that Lettieri is as comfortable in his skin as he’s ever been. The more he rides this train, the more he feels content in watching landscapes flash by, capturing impressions thereof in musical memories. Over time his idiosyncrasies have matured into a recognizable style, and through that process allow a deeper humanity to shine through a crisper compositional profile. They all sound like Mark Lettieri, but nothing is the same.