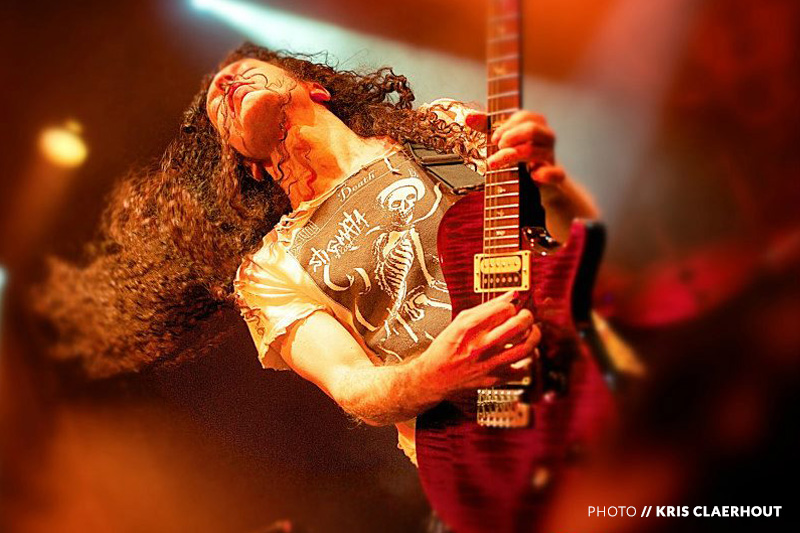 Iconic guitarist Marty Friedman is ecstatic to announce his first tour of North America since 2003 -- a 21-date headlining run that will kick off Sept. 9. The trek marks the latest leg of Friedman's ongoing world tour in support of "Inferno," his Billboard-charting, critically acclaimed solo album that so far has seen him complete a record-breaking tour across South America; perform extensively in Europe with acts such as Gus G. (Firewind, Ozzy Osbourne), Arch Enemy and Kreator; and play multiple high-profile gigs in his current home country of Japan, including a set at the country's largest heavy metal festival, Loud Park. 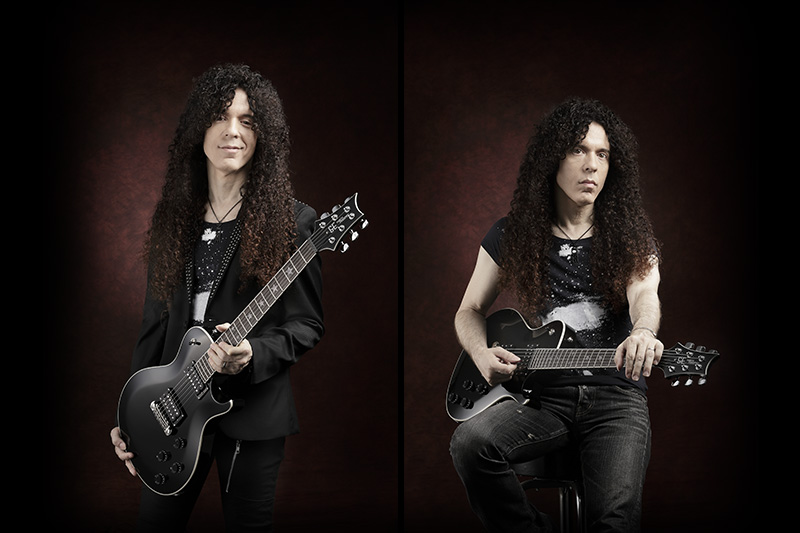 Friedman commented on his imminent return to his home continent: "On the rare occasion that I stop and think I about it, I realize I've done an insane thing: I left a successful international band to concentrate my efforts on the domestic music scene of a country thousands of miles from my home. Different culture, different language, different planet. Since I went to Japan, so many Americans have supported me, and while many doubted I would ever play live in my homeland again, now it's happening. Choosing the setlist and doing prep for this tour has been a blast. Words can not describe how excited I am about finally touring North America!" The upcoming North American leg of the "Inferno" tour will start in Friedman's hometown of Baltimore and wrap up on the West Coast on Oct. 3. Support will be provided by the Los Angeles-based extreme shred outfit Exmortus. See below for full tour dates. General admission and VIP packages are now available. For more information, visit: www.martyfriedman.com 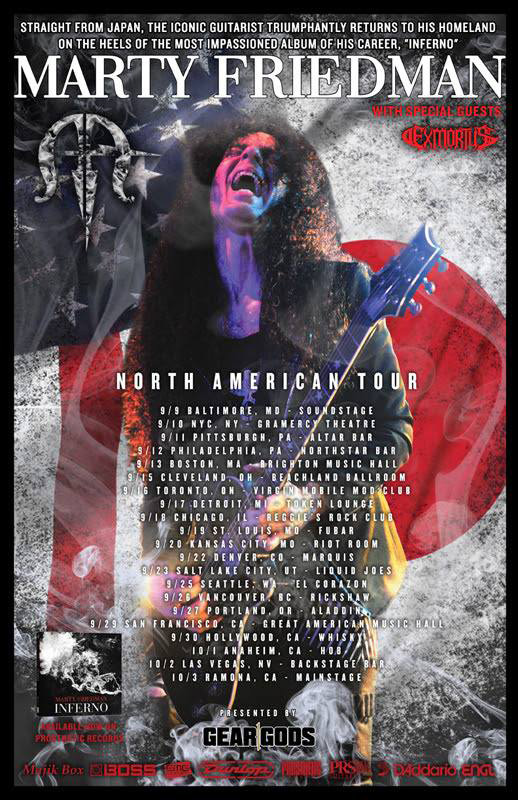