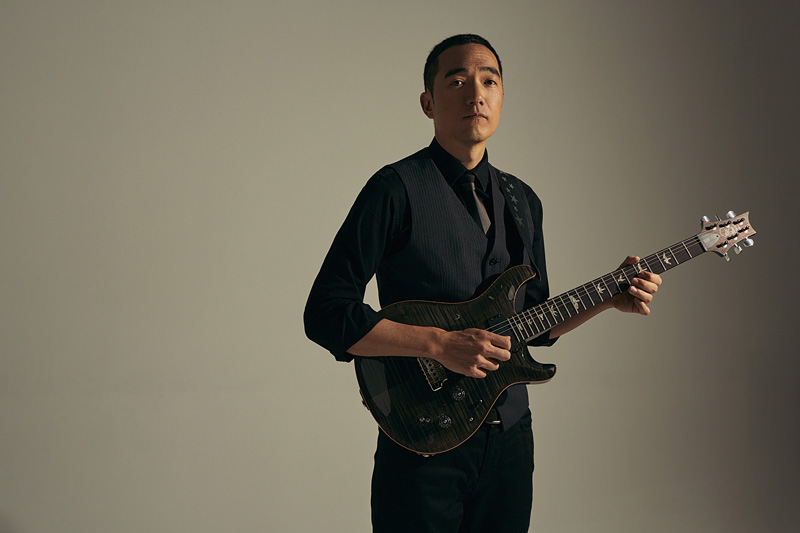 Lawrence Ku is one of the finest and most well respected musicians in China today. Originally from Los Angeles, California, Lawrence has made China his home for almost 20 years, first in Beijing, now in Shanghai. A stylistically diverse guitarist and composer, Lawrence is involved in many different musical projects, and has appeared as a leader and sideman on club, festival, and arena stages all around China and the world. His own projects include The Red Groove Project, which has received multiple Golden Melody Award nominations (best producer, best album, and best composition in 2014 for “Flow”, and best producer in 2016 for “Proper Up!”), and the Lawrence Ku Trio, which received best instrumental album of 2015 for “Pictures” at the China Music Media Awards. Lawrence has also performed or recorded with Chinese pop artists such as Shunza, Li Rong Hao, Karen Mok, and internationally renowned jazz artists such as Dee Dee Bridgewater, Laura Fygi, Sinne Eeg, Jon Morrison, David Friesen, and David Braid, just to name a few. Lawrence is also very much involved in music education in China, and is the principal of the JZ School in Shanghai. He has taught and influenced hundreds of musicians that have gone on to bright careers of their own.

"I love my PRS 509! I play in a lot of stylistically different musical projects and the 509 has got tones for any occasion. It’s such a versatile instrument that I know that whatever musical situation I find myself in or whatever rig I’m using, the 509 will fit in beautifully with its bell-like clarity and all those pick-up options. And of course it doesn’t hurt that it’s such a slick-looking guitar as well!" - Lawrence Ku Watch Lawrence perform with his 509 model below!