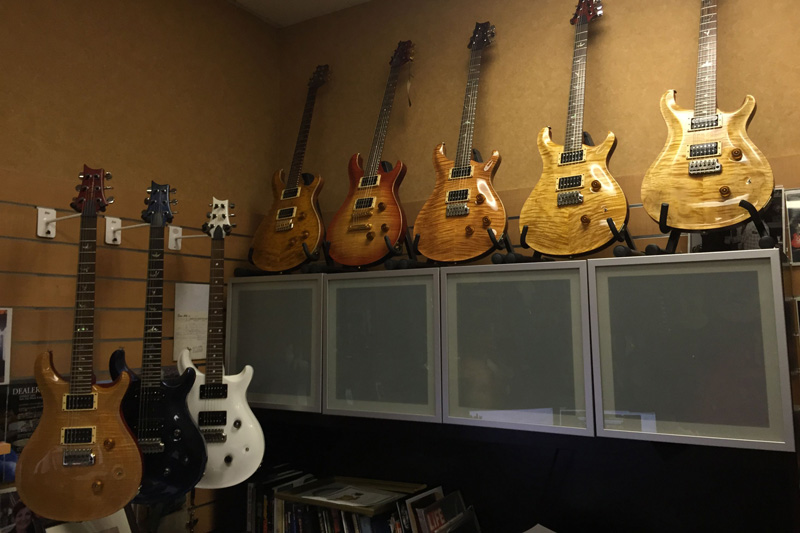 Our dealer network is important to us here at PRS Guitars! After all, they’re the folks taking care of our guitars after we make them and before they get into our customers hands! We started “Meet the Dealer” so you can get an inside peek at some of the shops that sell PRS Guitars. Check out the story below about the Sam Ash / PRS relationship!

Sam Ash Music and PRS have a long and rich history together. As one, if not the first, dealers Paul signed up, we are still proud to be a top seller of PRS guitars since 1985. Paul even used his first product order (PO) that Richard Ash wrote to present to the banks and secured the loan that started the company. As the earliest adopters of the PRS Culture and products, Sam Ash has seen PRS grow from a great idea to a great company.

Sammy himself is a good friend of Paul’s and the two always look forward to seeing each other as they did during the last NAMM Show, 2016. As collector guitars, Sammy’s PRS instruments are some of the most prized that he owns. He is the proud owner of the Blue Prototype, serial numbers 5 0004 & 5 0006, Signature Series #2 (personalized by Paul), the Prototype bass (serial number 1986), and another 8 instruments and amps.

One of his more fun possessions is the only known white Japanese 24 fret standard that was signed by everyone at Paul’s 40th Birthday party in Maryland. Paul still wants it back! Paul and Sammy have designed several successful instruments together both in small batch Customs and large quantities of CE’s which PRS just re-released this year.

A few fun facts about PRS and Sam Ash:

- Paul taught Sam’s son Ben how to bend in tune when Ben was first learning to play the electric.
- The very first PRS deal was consummated over the phone while Sam was at home with double pneumonia and because of his New York accent and heavy breathing Paul thought he was dealing with a Mobster.
- It was Richard Ash that prompted Paul to make the Metal series of guitars.
- Paul’s oldest child’s name is Sam…any coincidence? I think not!
- Over 30 years later Sam Ash Music is prouder than ever to be a PRS full-range dealer in all locations keeping the most exclusive and elusive pieces in our Guitars of Distinction room in the central office.

Paul, Max and Sammy Ash at the factory. 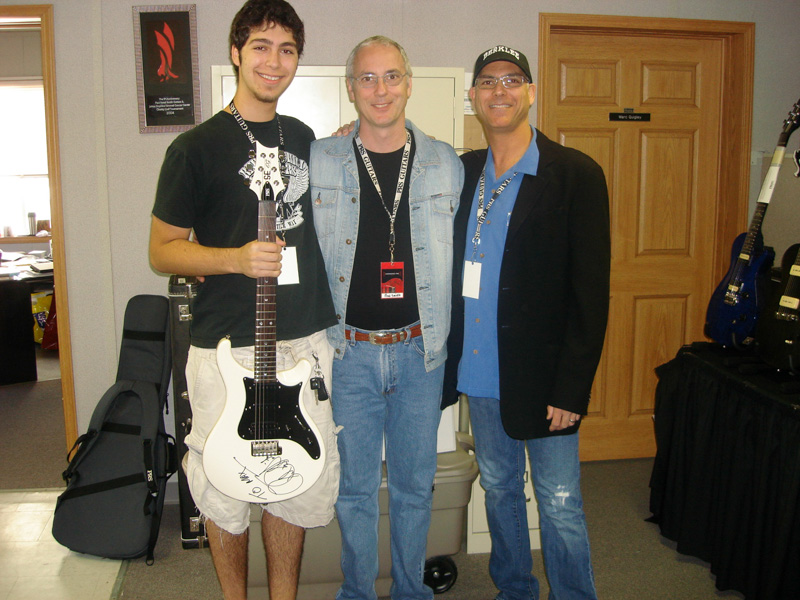 Paul and Sammy hamming it up at NAMM in the late 90’s. 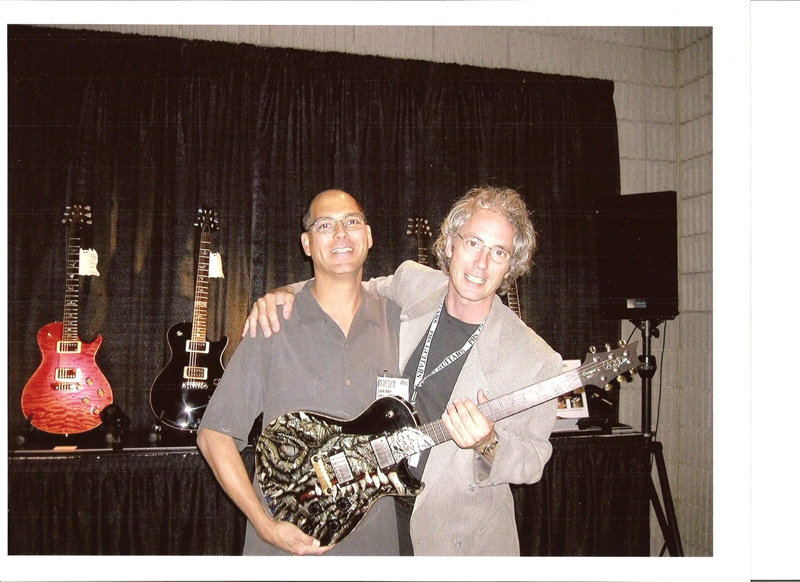 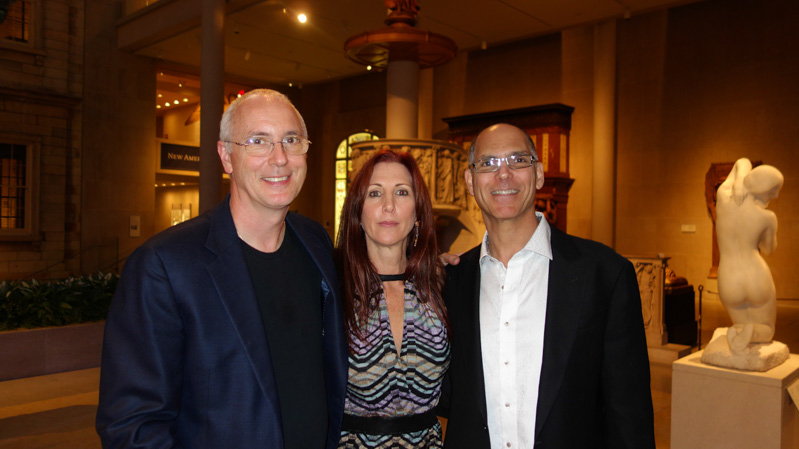 Paul giving Ben Ash a lesson in bending in tune at the factory. 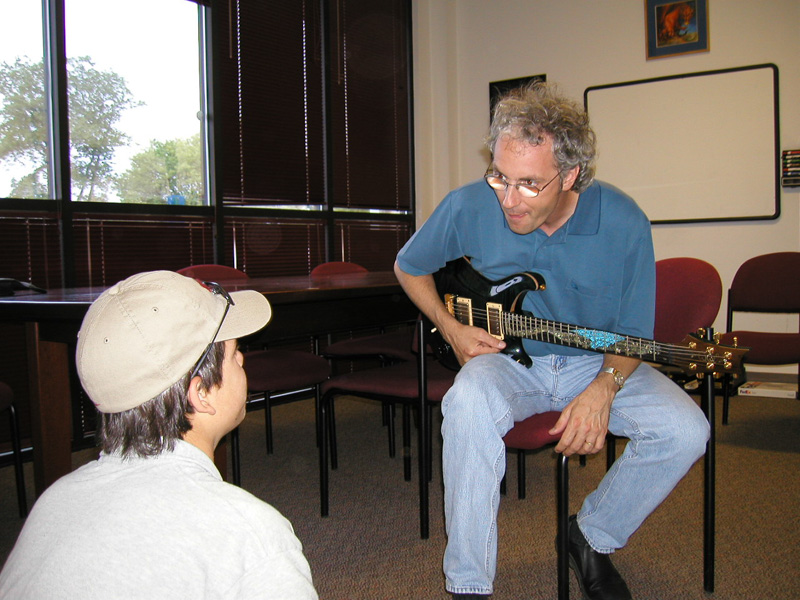 Ben Ash proudly showing off one of the earliest Private Stock Guitars. 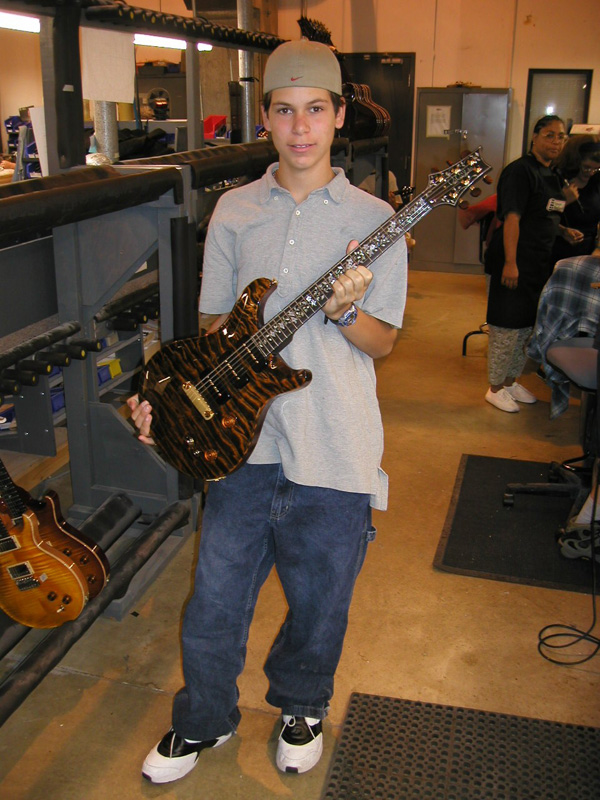 Sammy Ash kicking back at the Very first Experience PRS playing one of Paul’s first basses. This picture was featured in Bass Guitar Magazine. 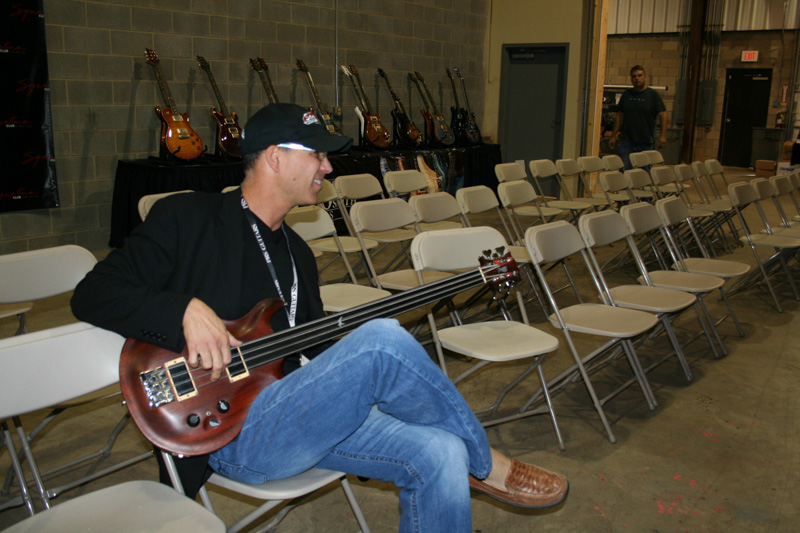 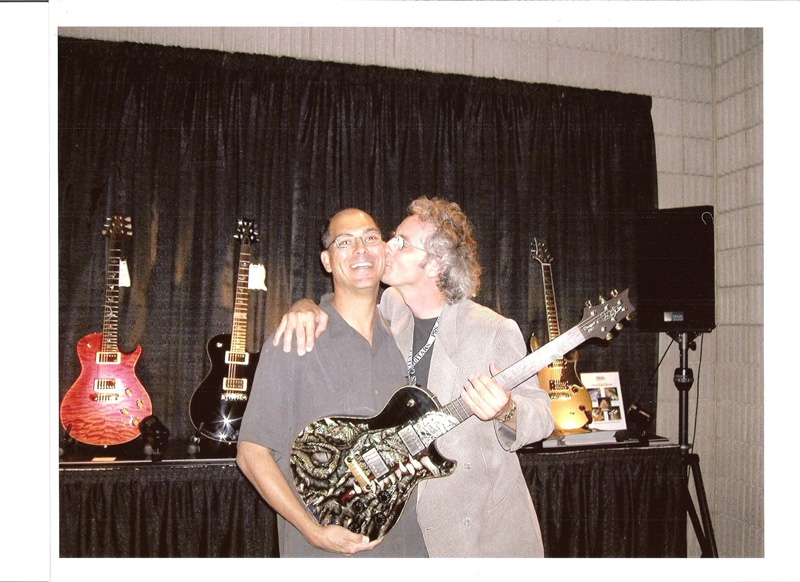 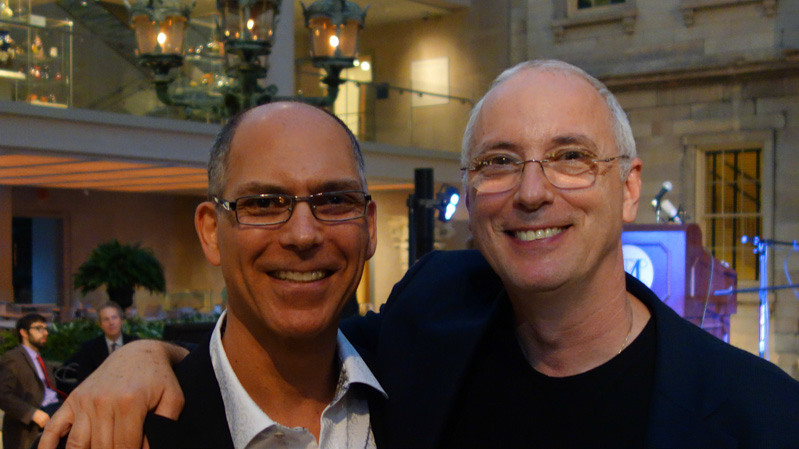 Paul and Howie Mendelson (EVP of Sam Ash) at one of the many meet and greets at a Sam Ash location. 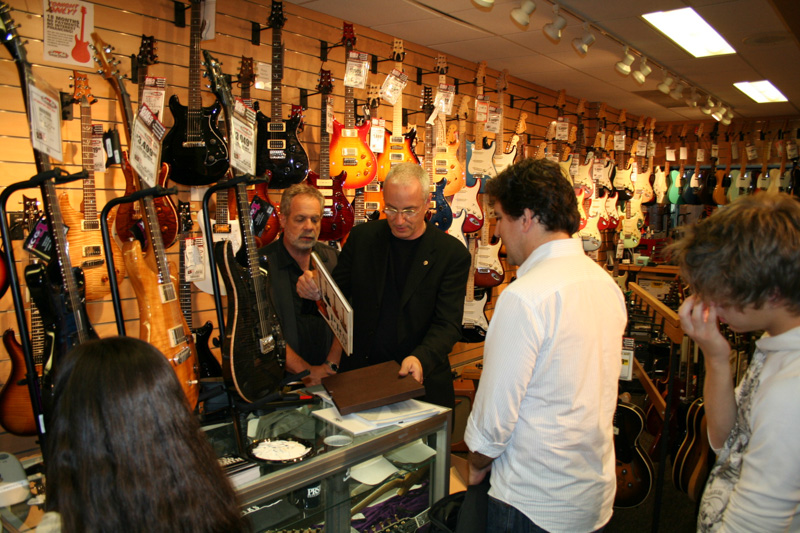 One of the many Sam Ash on-site trainings with Paul. 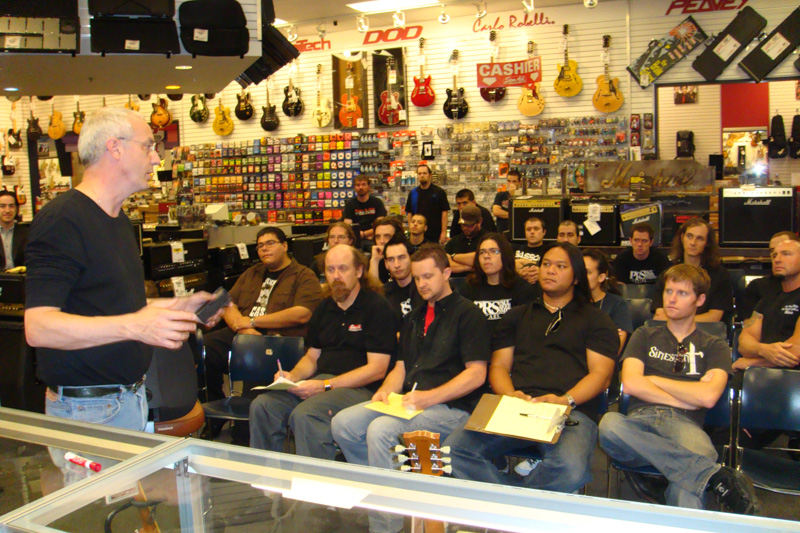 Some of Sammy’s collection. 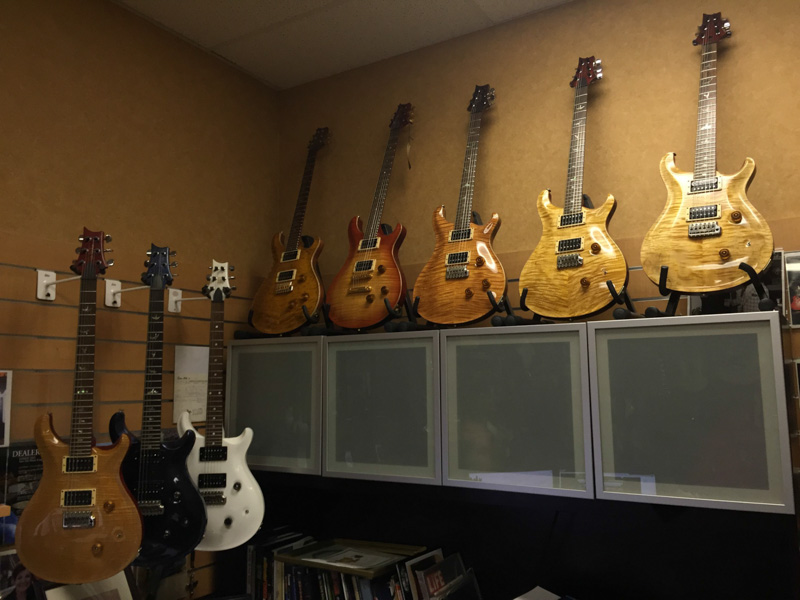