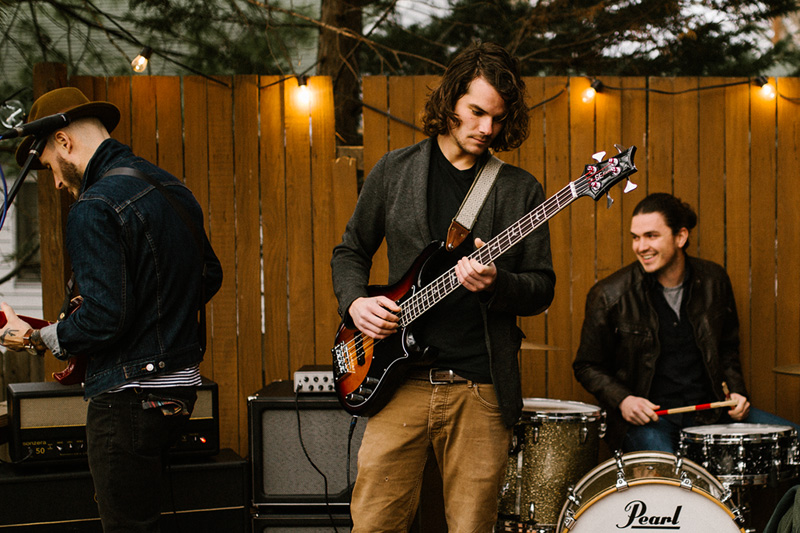 In the summer of 2014, we introduced SE basses to the world for the first time with the launch of the SE Kestrel and SE Kingfisher. During the project's development, our goal was to offer two highly unique, versatile, and extremely dependable basses.

For resonance and sustain, both SE basses are designed with neck-through construction and string-through bridges. Below, let's take a look at the differences: 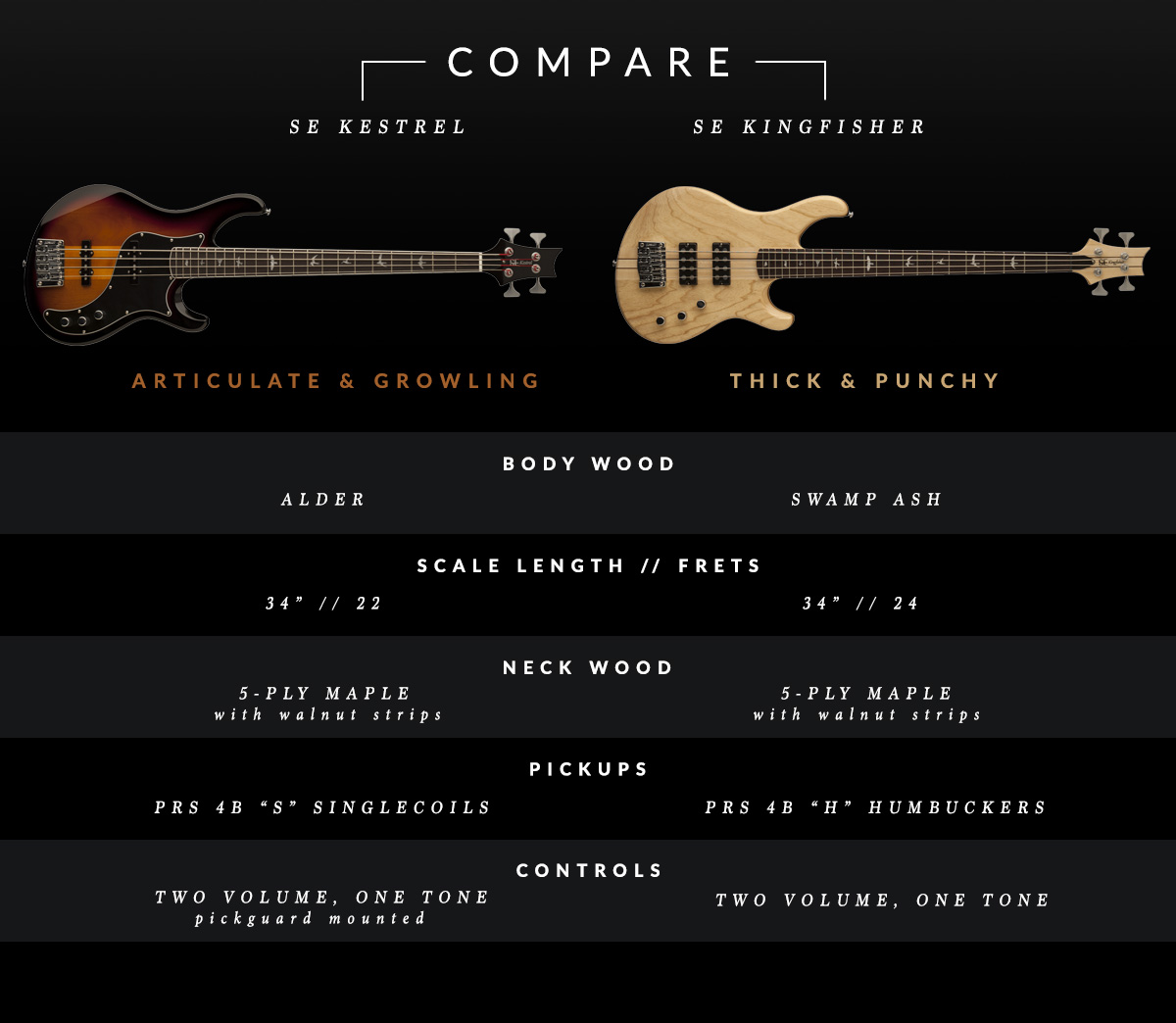 A number of prototypes were made for the SE Kestrel's PRS-designed singlecoils and SE Kingfisher's PRS-designed humbuckers, landing on final designs that are voiced perfectly for their instruments.

Check out the product demos below to hear the basses in the context of a band.

These basses have been road tested by artists including Aaron Pauley who uses the SE Kestrel on the road and in the studio with his band Of Mice And Men. 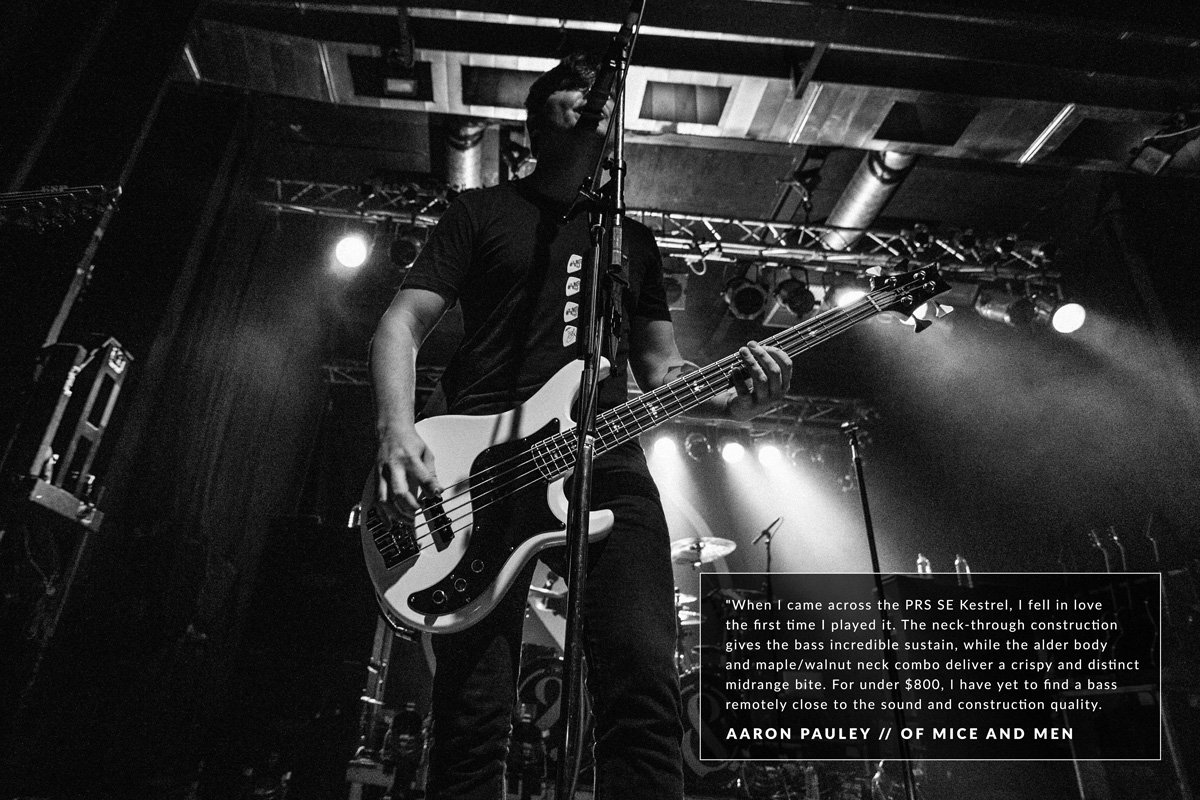 Check out Aaron Pauley's playthrough of "Real" by Of Mice And Men: