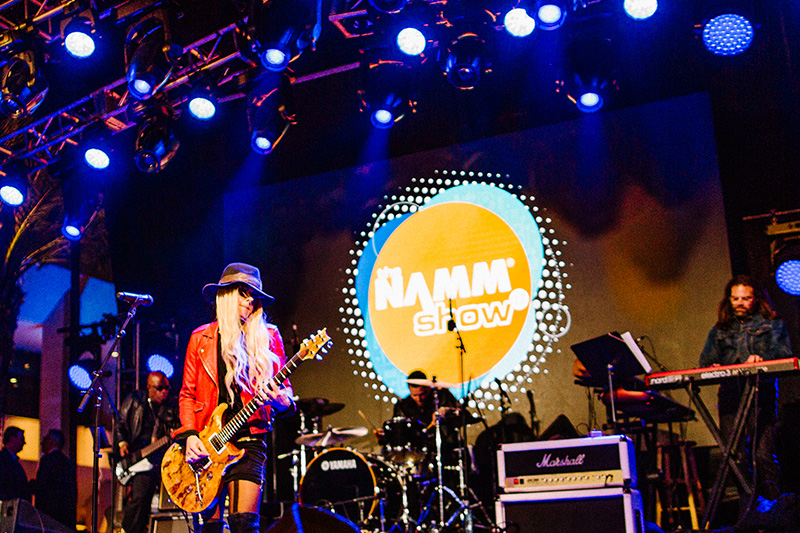 This year, PRS celebrated our 32nd year at the winter NAMM show. For those who are unfamiliar with NAMM, here’s a brief rundown: “NAMM” is short for National Association of Music Merchants and the 4-day show is a music industry trade show that offers a place for music companies around the globe to come together and show their latest innovations in musical products, recording technology, sound, and lighting. Imagine 1,000,000 sq ft. of music companies and equipment on display - it's awesome.

For the past few years, PRS has been in room 210A - a private room located above the main show floor. The room gives our dealers and customers an intimate location to see our line of electric guitars, acoustics, and amplifiers. 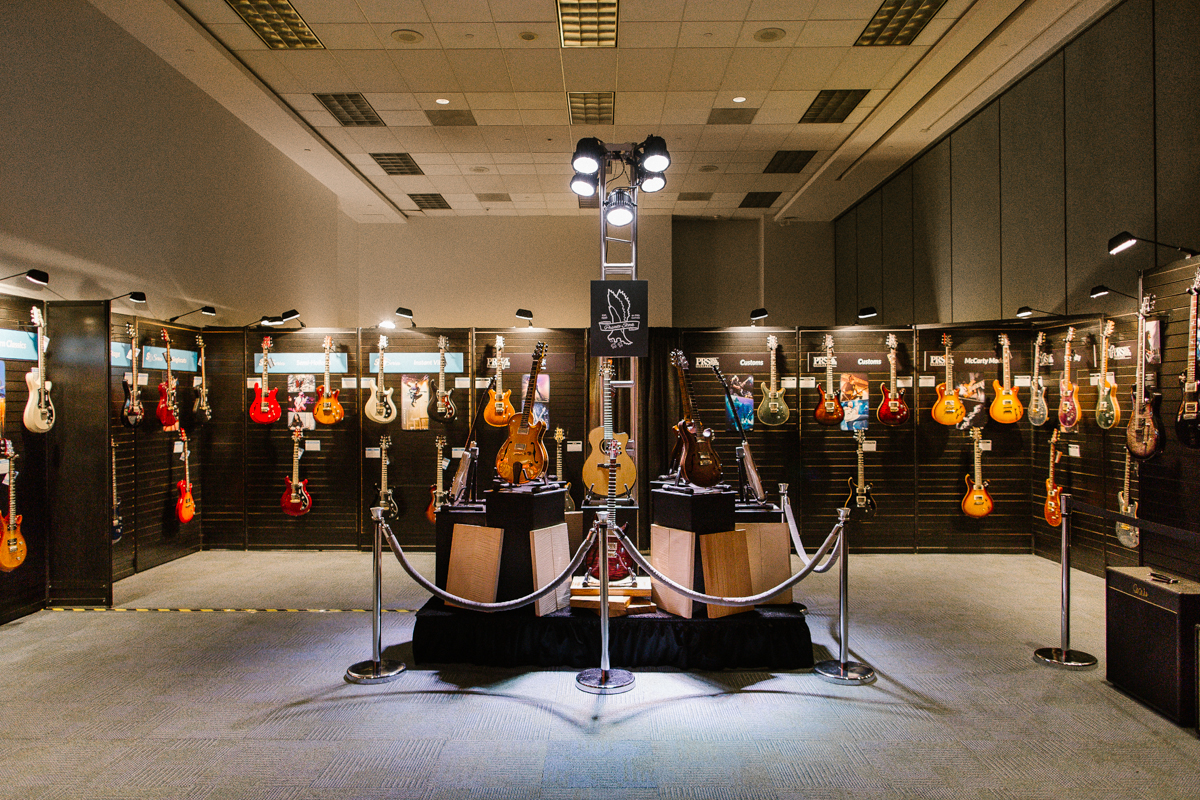 This year, we had a few breakout products that were at the NAMM show for the first time, most notably our two new additions to the PRS amp line: Sonzera and the J-MOD 100. Both were extremely well received and we were proud to display them to the public after months of development! 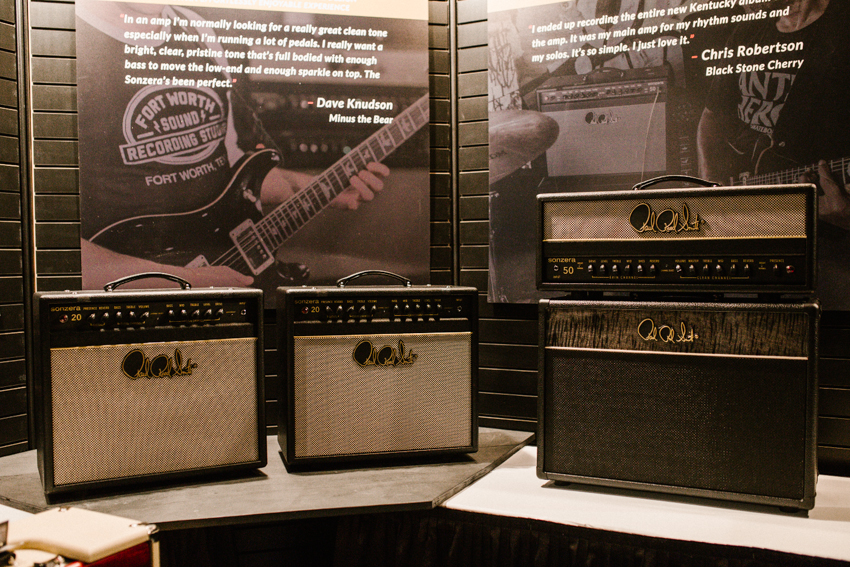 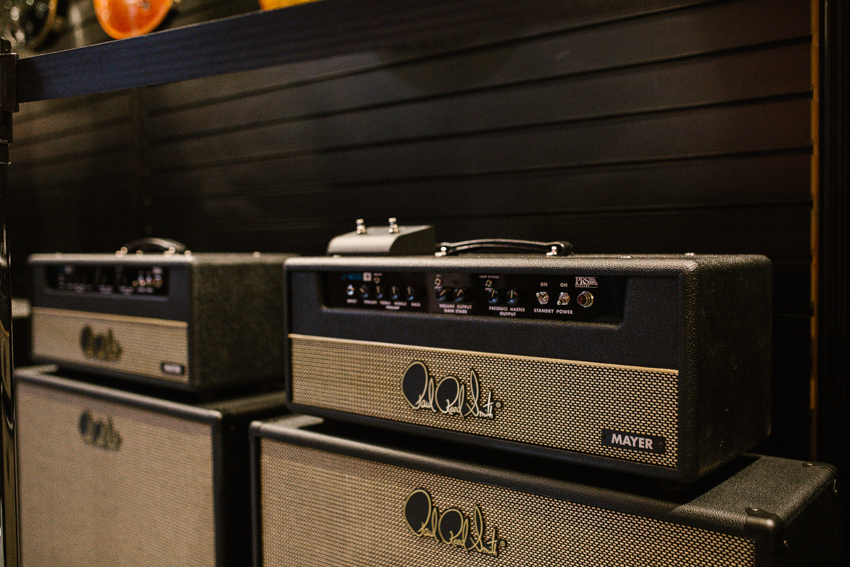 Check out the video below as Paul Reed Smith guides us through a tour of our 2017 booth!

Even more cool things happened at our booth this year, including a visit from musician John Mayer who spoke to the press about his latest collaboration with us, the J-MOD 100 amplifier. John spoke about the extensive research and development with Paul and PRS amp designer Doug Sewell, as well as his use of these amp prototypes during his tour with Dead & Company. 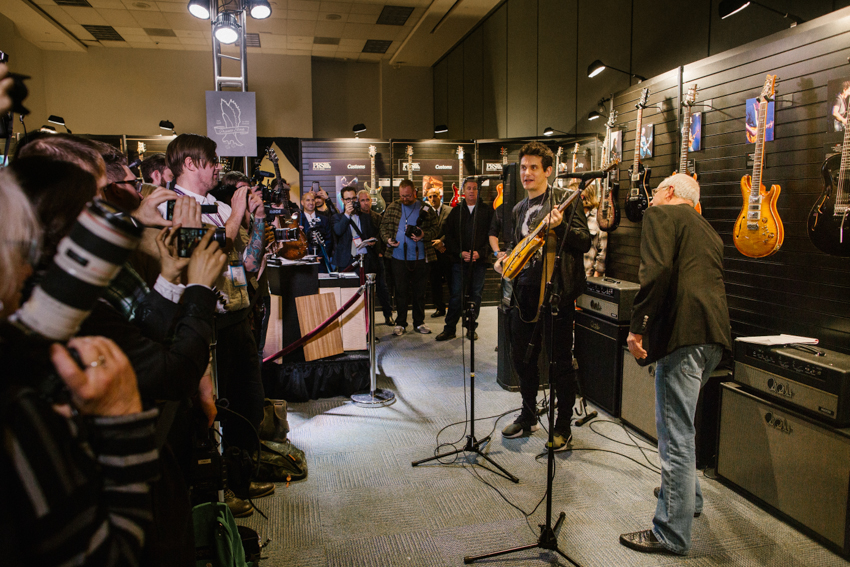 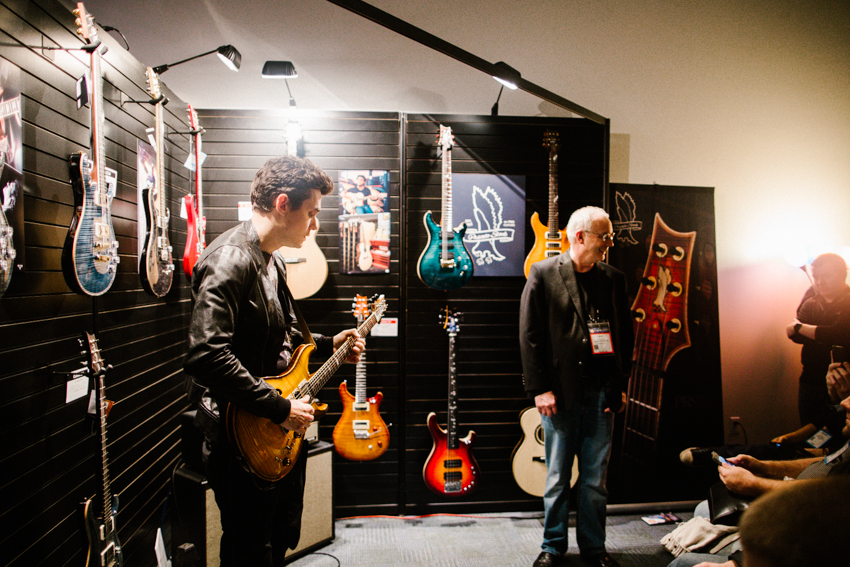 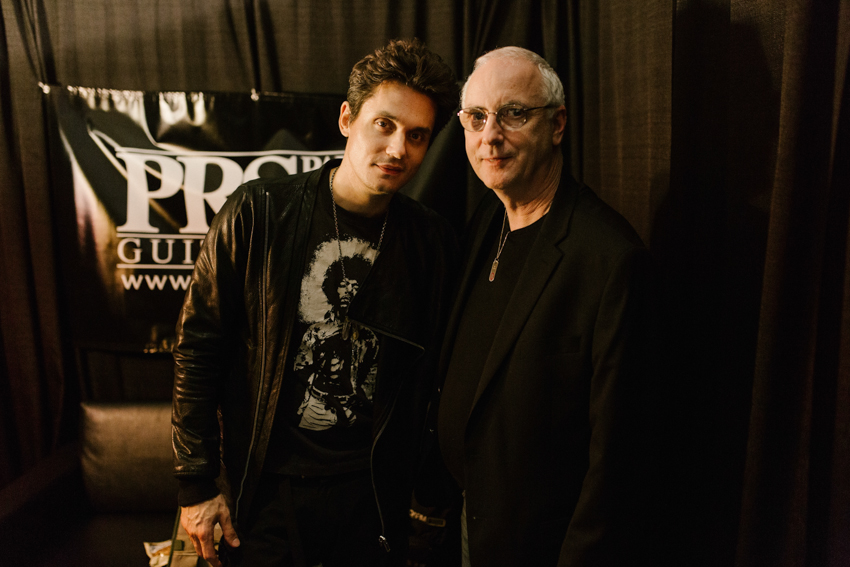 You can watch the full press conference with Paul and John Mayer below!

A number of other PRS artists visited our booth including Vernon Reid, Aaron Pauley, Mark Lettieri, and Andy Wood just to name a few.

We had some PRS artists hit the NAMM mainstage for performances throughout the week. Three-time Grammy Award winner Keb Mo played a Sonzera 50 on stage, and on Thursday night, PRS artist Orianthi performed a set with Richie Sambora to a huge crowd outside of the convention center. Check out the photos below! 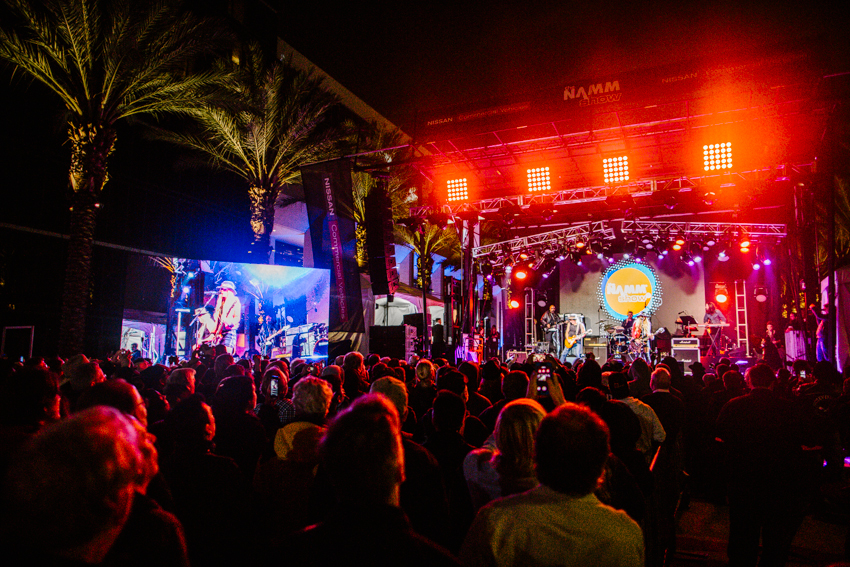 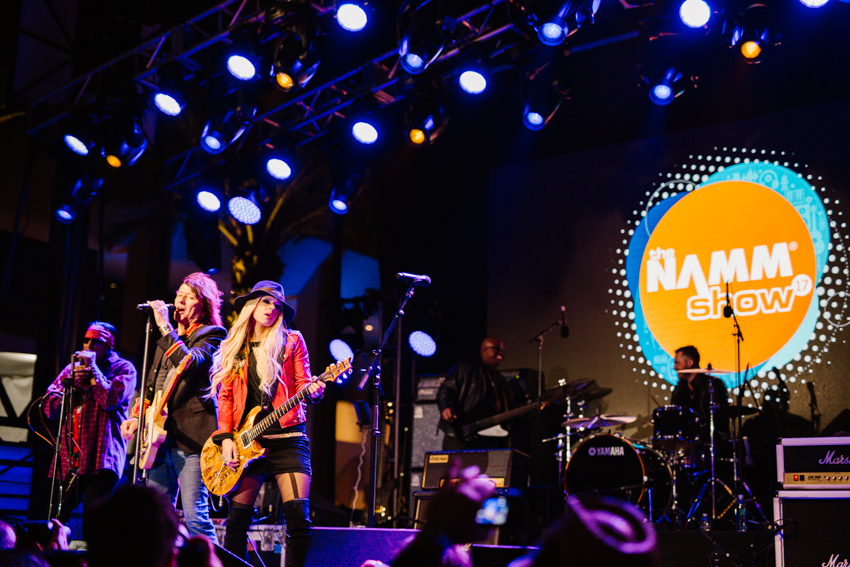 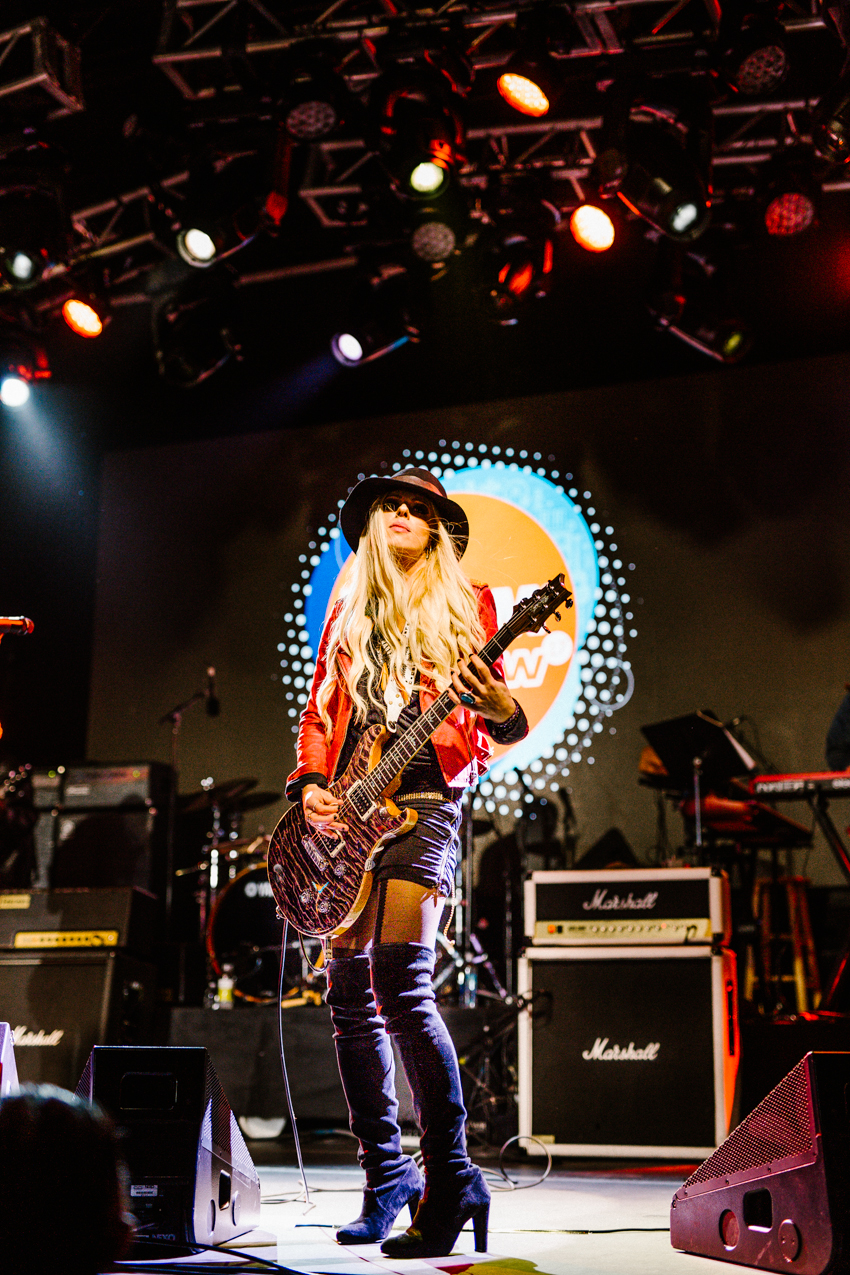 Speaking of awesome female rockers, this year PRS sponsored the annual "She Rocks" awards show which takes place each year at NAMM. PRS artist Kat Dyson performed in the house band and one of our very own, Bev Fowler (Director of Artist Relations) received the "Spirit Award." 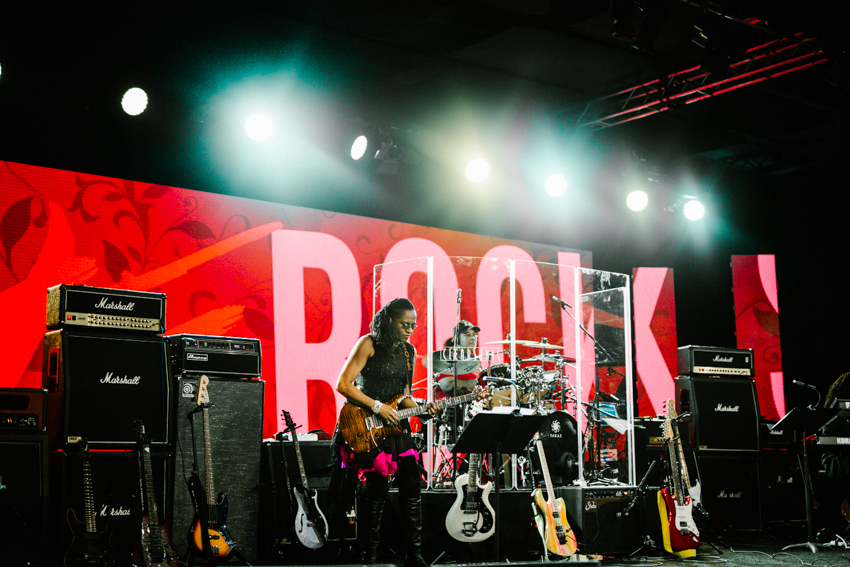 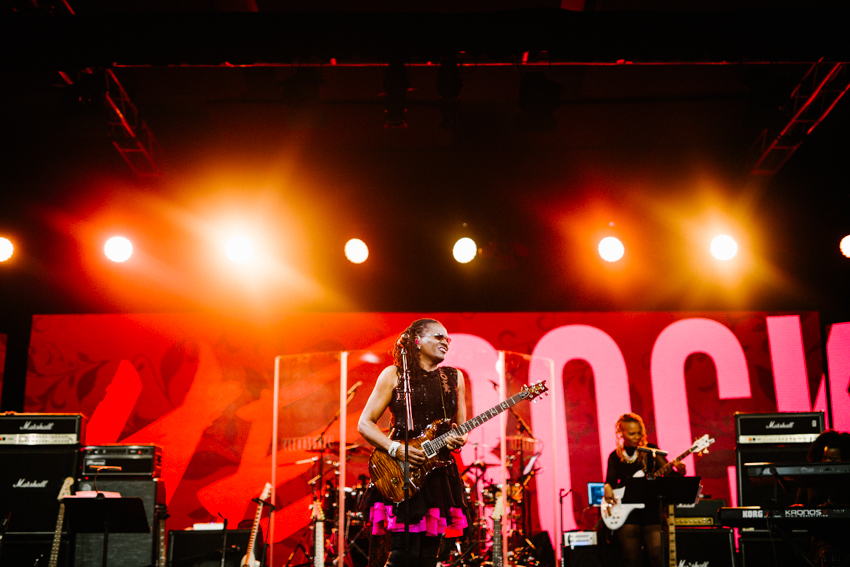 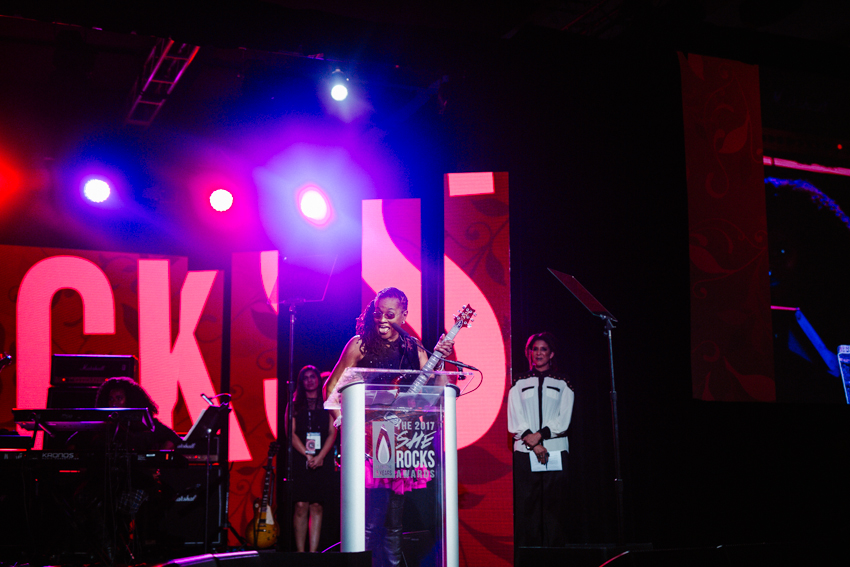 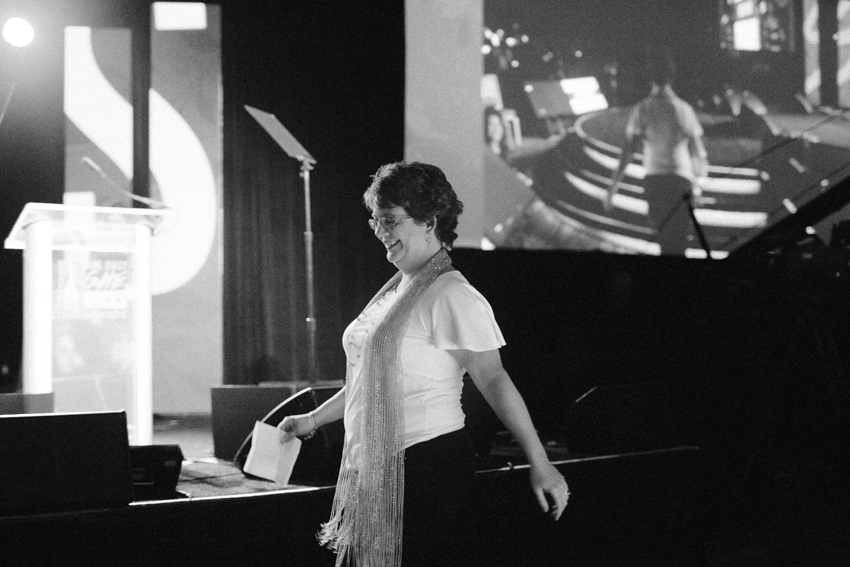 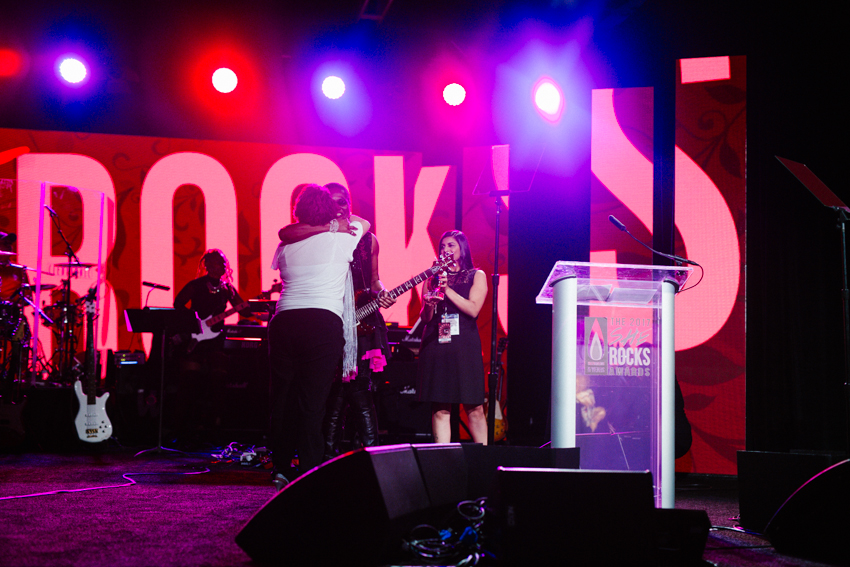 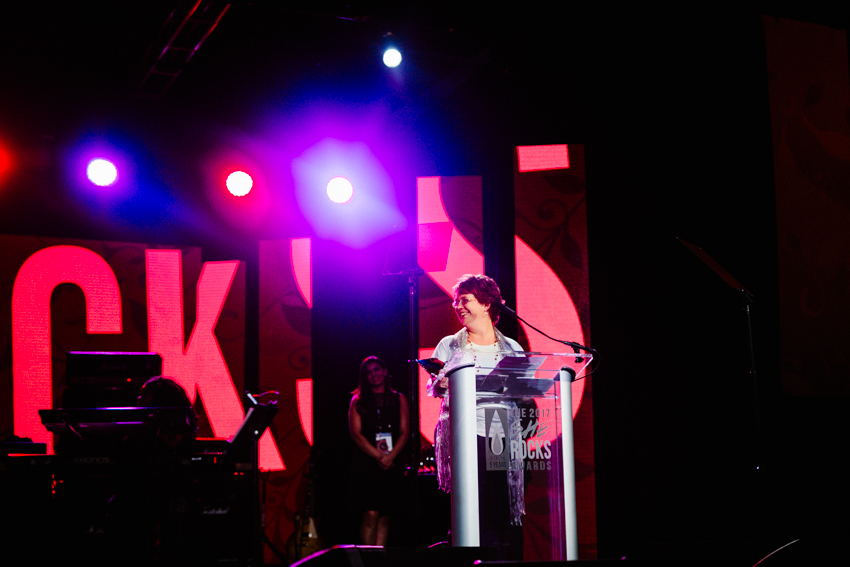 We had a wonderful time at NAMM 2017, and we're looking forward to next year's show already! Check out more behind-the-scenes photos of our adventures at NAMM below! 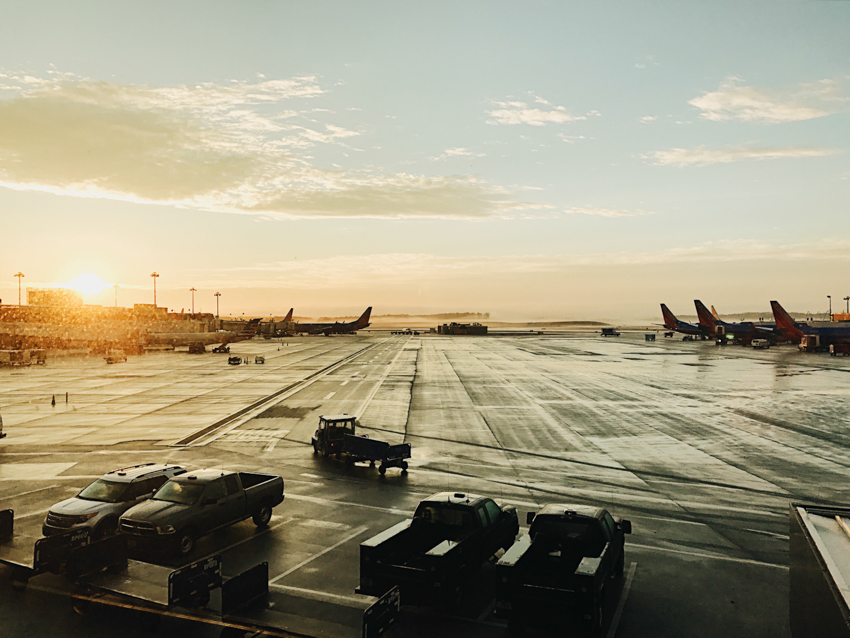 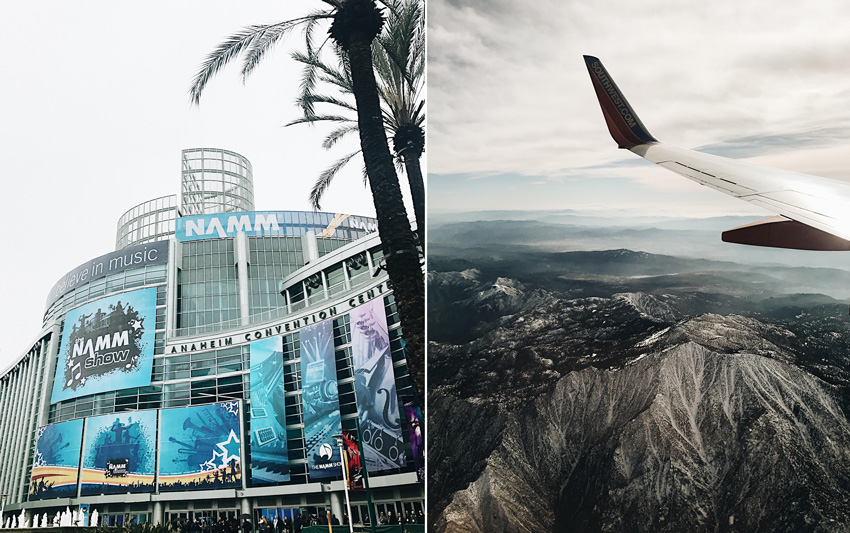 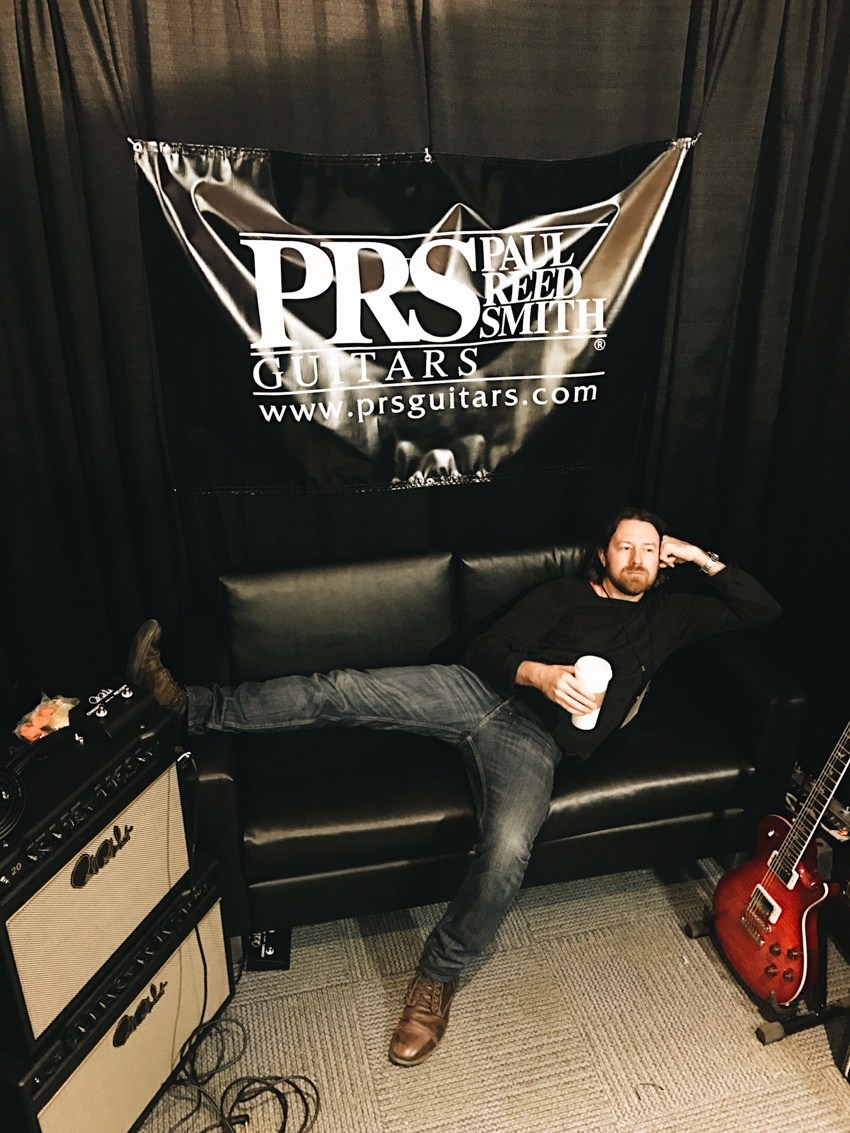 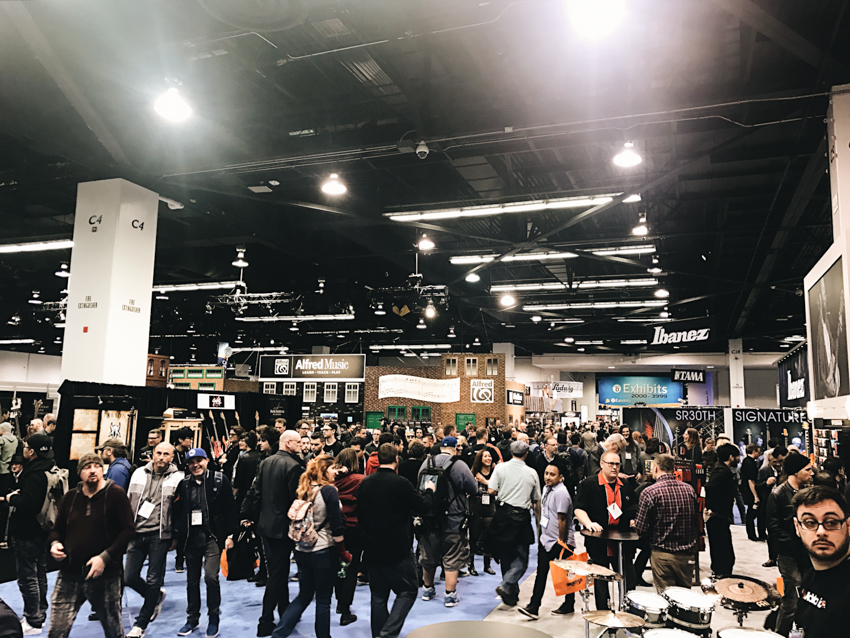 ^ a view of a very small portion of the main NAMM show floor. 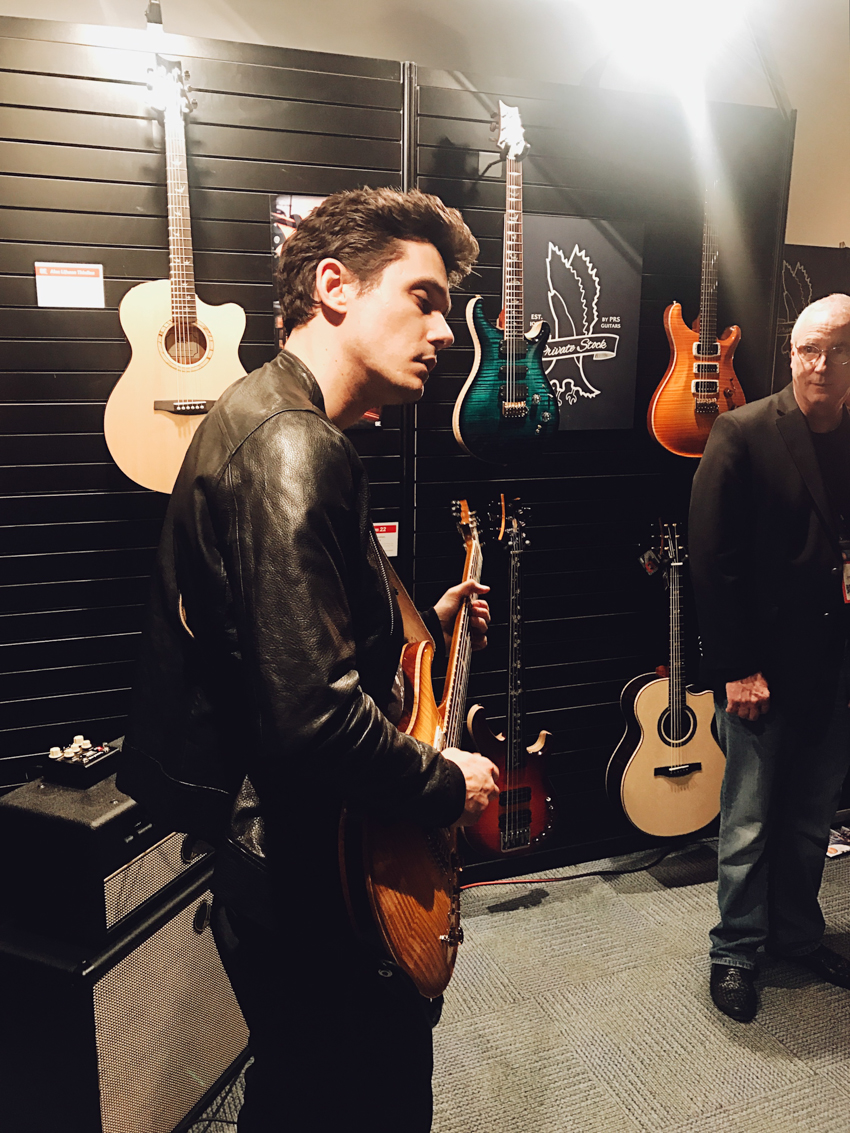 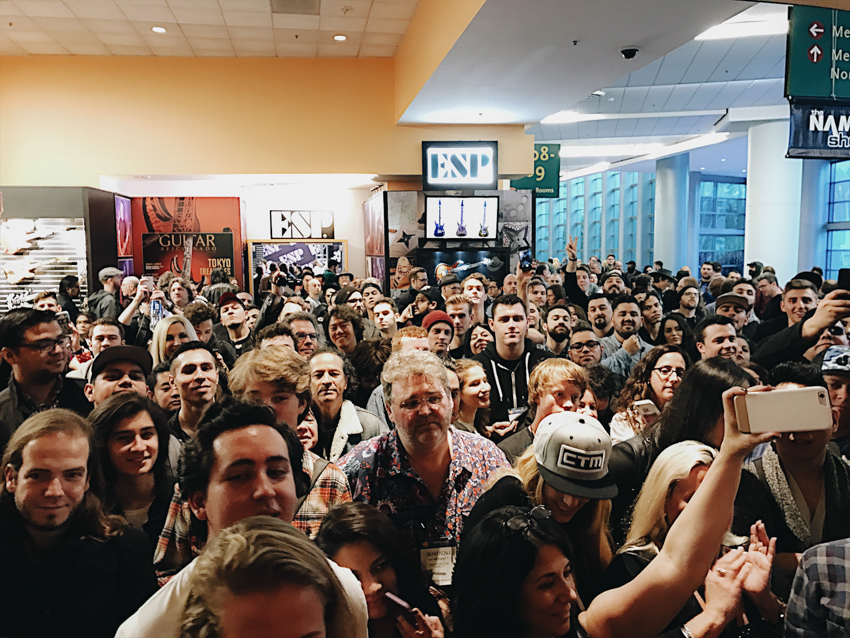 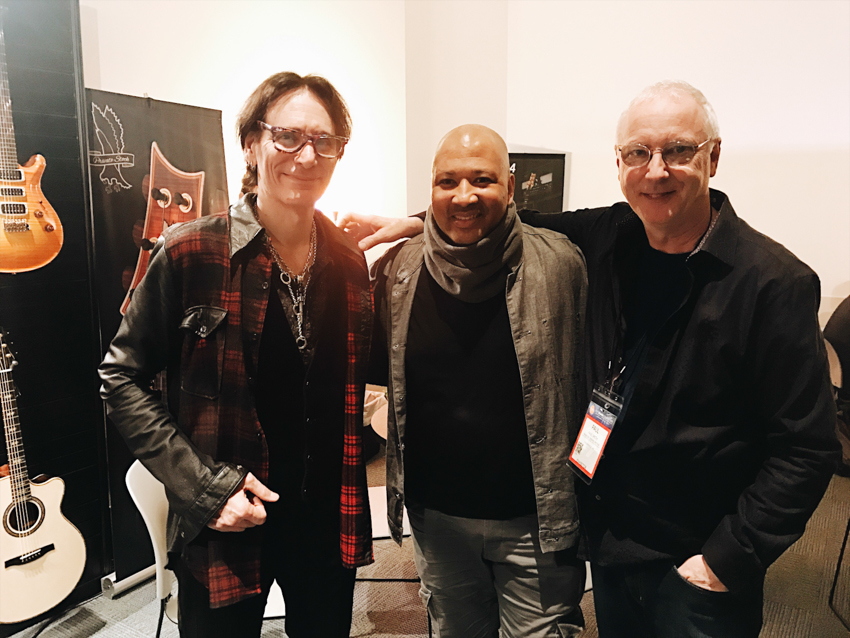 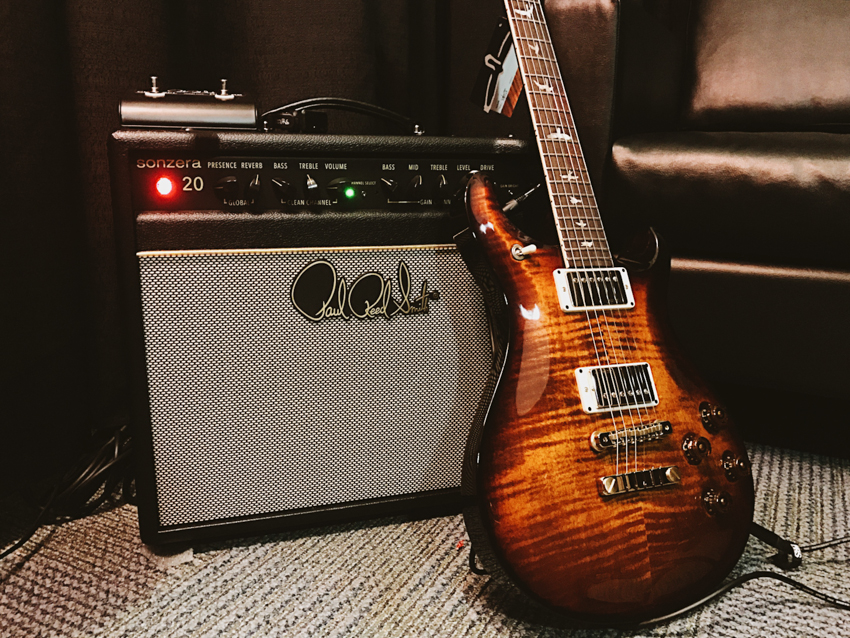 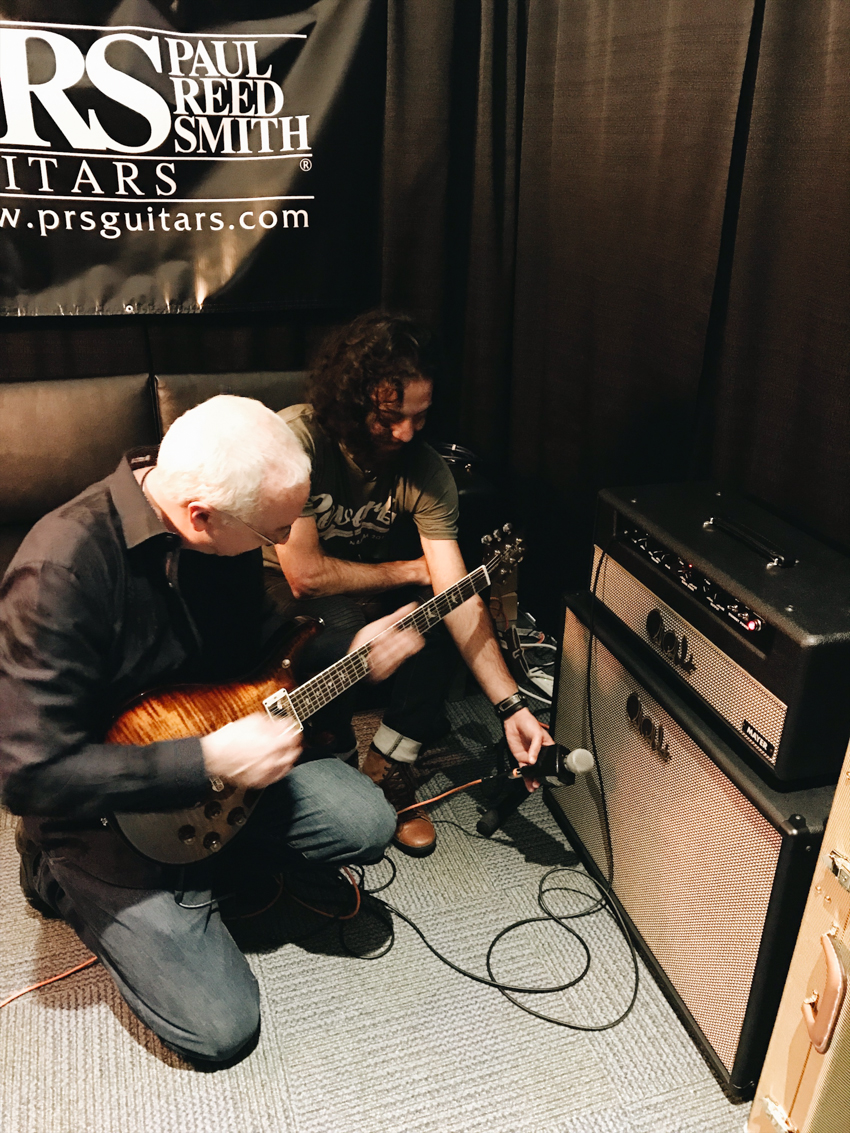 ^ Paul demos the J-MOD 100 during one of his many media appearances. 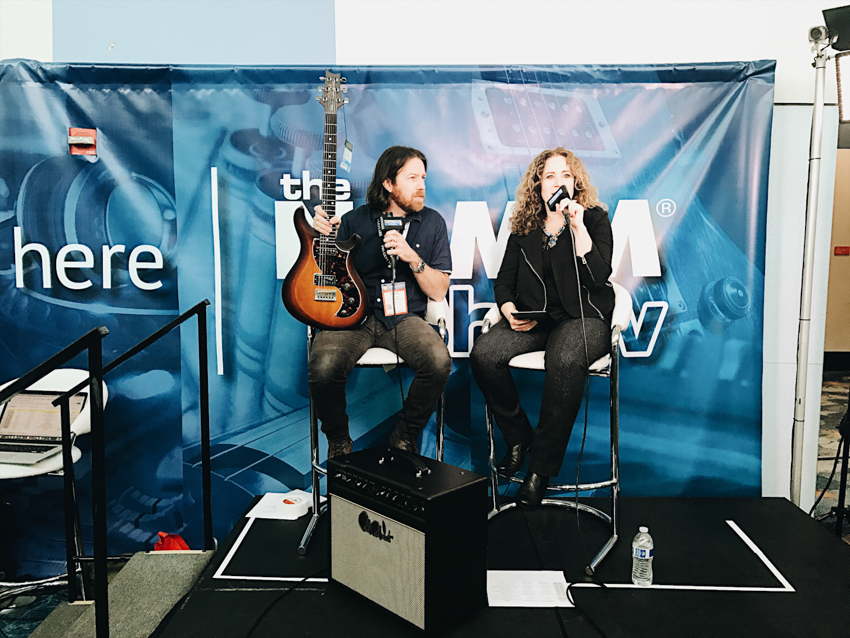 ^ PRS product demonstrator Bryan Ewald does a segment on "NAMM TV" with the S2 Vela Satin, and new Sonzera amplifiers. 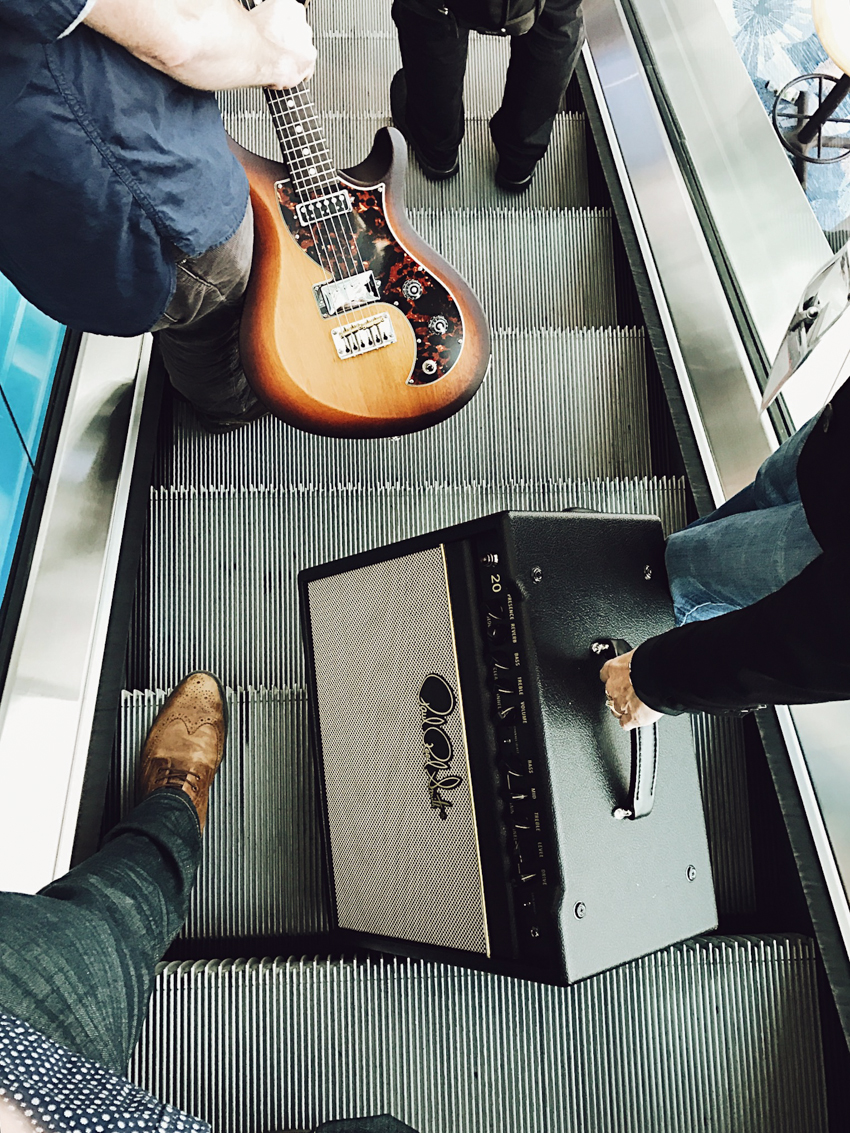 See you next year, NAMM!