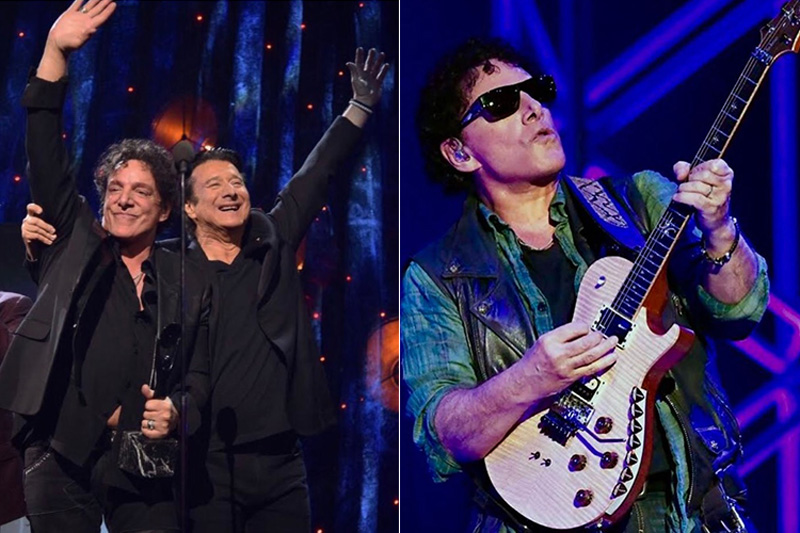 The 32nd Annual Rock & Roll Hall Of Fame was recently held at the Barclays Center in Brooklyn, NY. PRS artist Neal Schon and his fellow bandmates in legendary American rock band, Journey, were there to be inducted. -- Neal Schon’s history with Paul Reed Smith goes back to Paul’s “pre-factory” days in the late 1970’s. Throughout the years, PRS and Neal have collaborated on many guitar builds, culminating in the NS-14 and NS-15 signature models. The relationship Neal and Paul have shared is a cherished piece of PRS Guitars’ history. Below, an early photograph of Neal Schon holding a PRS double neck:

The Journey performance from the Hall of Fame ceremony will air on HBO on April 29th. Steve Perry reunited with the band for the ceremony but did not perform on stage. “For almost my entire guitar-making career, I’ve had the honor to work with Neal Schon. I enjoy it. We’ve made some magic guitars over the years, and he has made them sing in concert, and for that I’m very grateful. Congratulations, Neal.” – Paul Reed Smith
← Back To Blog