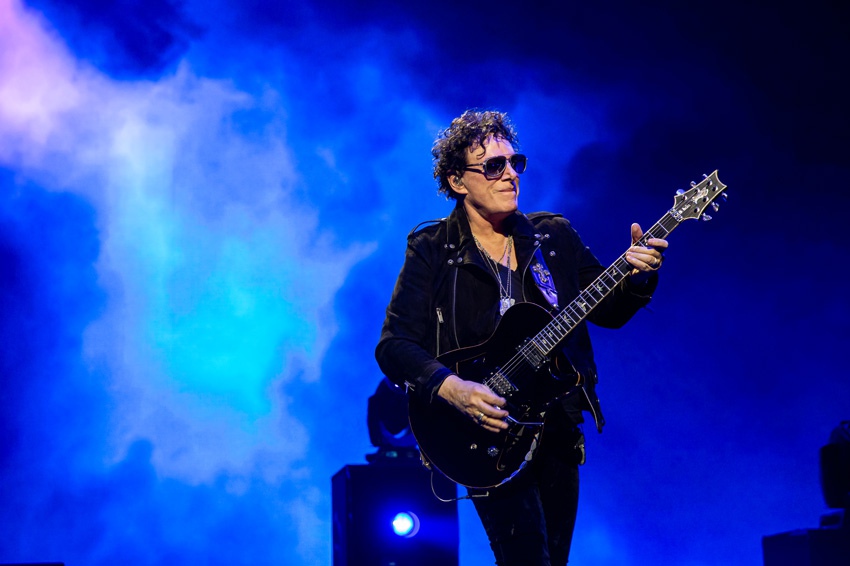 Famed Journey guitarist Neal Schon has just released his long-awaited tenth solo album, Universe. Produced and co-written with Journey drummer Narada Michael Walden, Universe features a mixture of both original tracks and a few covers. The songs covered include tunes from Stevie Wonder, The Beatles, Prince and Jimi Hendrix who has two songs on the record. Neal also offers a fresh take on some of his own material, revisiting the classic Journey song “Lights”. Neal’s Custom NS -14 and custom NS -15 were used extensively throughout the recording of the album.

1. "Something in the Heart"

Listen to samples from the album, and grab your copy here.