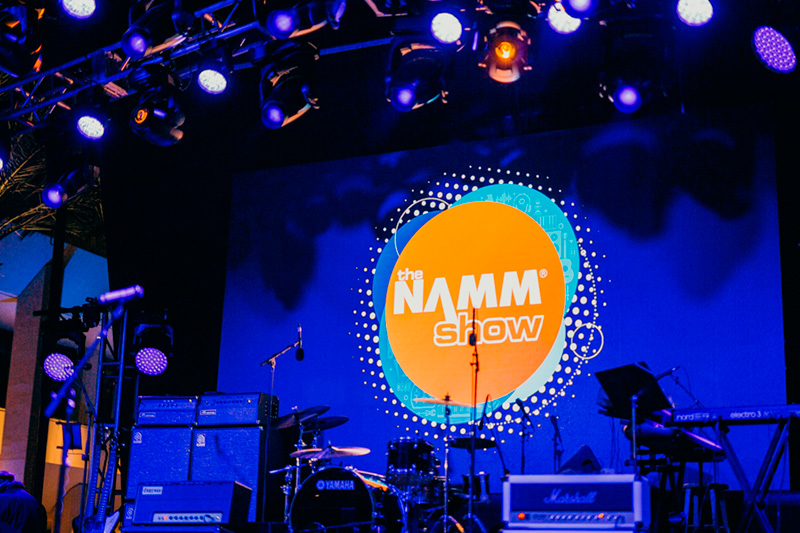 It's that time of year again as we trek to sunny Anaheim, California for the annual NAMM show! The National Association of Music Merchants or “NAMM” is a music industry trade show inaugurated in 1901. The show exists to support the music industry and show the world the latest innovations in musical products, recording technology, sound, and lighting. This week, tens of thousands will gather at the Anaheim convention center for a few days of business and music-filled fun.

This year PRS will again be in room 210A, if you'll be at the show, stop by to check out our new products and say hello! We will have dozens of electric guitars, acoustics, and amplifiers on display. We'll even have an interactive booth where you can demo the gear you've been itching to try.

Below, check out the new gear we will have with us for NAMM 2018!

The MT 15 was born from a partnership with longtime PRS endorser, Mark Tremonti. The MT 15 is a commanding two channel amp with balanced aggression and articulation. Powered by 6L6 tubes, the MT 15 has a large, bold sound, so you can dig in heavy with rhythms but also get singing lead tones out of one amp. Whether recording, practicing, writing, or playing a small room, this amp has everything you need.

Also, in collaboration with Mark Tremonti, we are excited to re-introduce the SE Mark Tremonti Standard. It has a powerful voice that is well suited to heavy rock rhythm playing and melodic, soaring leads. The Tremonti “S” pickups and dual volume and tone controls allow players to dial in a wide variety of tones, never losing this model’s signature articulate aggression. While the SE Standards are our most affordable guitars to date, we haven't compromised on tone, versatility, playability, or reliability.

We've added another great artist signature model to our lineup by teaming up with Dustie Waring (Between the Buried & Me). His band is known for a sound that is both heavy and melodic, lush and menacing. The new DW CE 24 “Floyd” accomplishes all of this and more. This model starts with the PRS CE bolt-on platform and includes a satin-finished maple neck, maple fretboard, a slightly modified Pattern Thin neck carve (Waring’s carve is slightly thinner front to back), and Floyd Rose tremolo system.

The all new 2018 SE acoustics are offered in six (yes, six!) varieties. Our goal? To offer players a wider selection of features than ever before, and no matter the model, to give musicians the perfect tool to utilize for songwriting, studio recording, or live gigging on stage.

Check out this blog to hear the demos and see these great new acoustics up close!

The S2 Studio takes the Standard 22 platform into new sonic territory with a single/single/hum pickup configuration and updated switching system. This versatile setup allows for a whole new scope of sounds that are only possible with a three pickup guitar, whether you’re looking for punchy singlecoils, vintage scooped tones, or the chunky kick of a bridge humbucker. With seven combinations in all, the S2 Studio covers classic tones but maintains a unique voice making it a perfect “desert island” guitar.

The Private Stock Hollowbody II 594 Limited Edition brings a new set of features to one of our most beloved models – the Hollowbody II. With fully hollow build construction, the Hollowbody II is a resonant guitar with warm, woody tone. 58/15 LT II pickups ensure that these guitars sound exceptionally clear and musical, and volume and push/pull tone controls for each pickup offer plenty of versatility. The detailed additions of a two-piece bridge, 24.594” scale length, and Pattern Vintage neck carve impart old-school character to this already classic instrument.

The Custom 24-08 keeps all the same foundational specifications as the original Custom 24 – maple top, mahogany back and neck, 24 frets, 25” scale length, the PRS patented Gen III tremolo, and dual 85/15 pickups – but adds a new level of versatility with its simple switching system. Featuring mini-toggle coil tap switches (like the PRS 408 model), the Custom 24-08 has eight different pickup settings that provide an array of humbucking and singlecoil tones, including a dual singlecoil option unique for this model.

In case you missed it, in November of 2017 we released our full lineup of 2018 SE instruments. For an in-depth look at all of the new models, including a lefty, exotic top options, and a new signature SE, check out this blog!