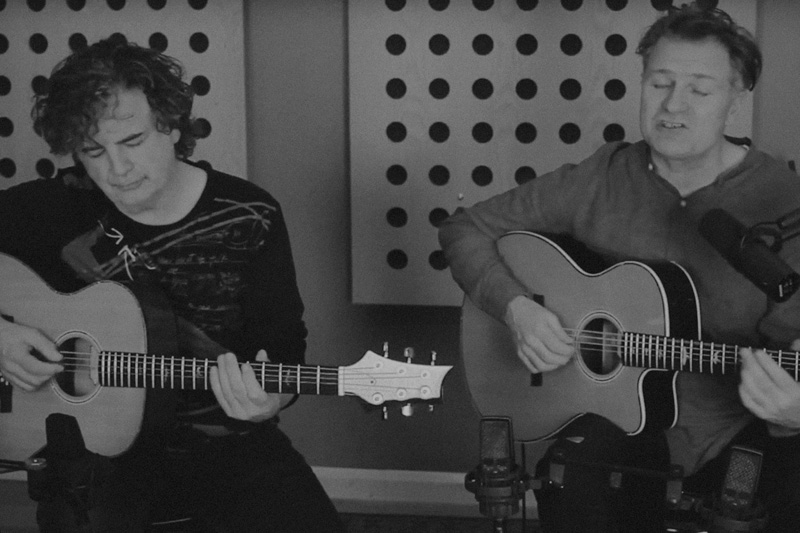 Nick Harper & Jakko Jakszyk are each incredible musicians in their own right, but put them together and you're in for a real treat.

Nick Harper is a singer-songwriter and guitarist hailing from the UK. He was inspired to pick up the guitar at age 10, in part by his father Roy Harper, a masterful folk songwriter, as well as his father's well known friends: Keith Moon, Jimmy Page, Robert Plant, & David Gilmour.

At 20 years old, he made his musical debut on his father's 1985 release, Whatever Happened to Jugula? He spent many years touring with his father, building a fan-base, and eventually releasing his own EP in 1994, Light at the End of the Kennel.

Tom Robinson of BBC6 Music sums up Harper's talents well, "To call Nick a superlative singer/songwriter could put his highly lauded guitar talent in the shade, and to call him a guitarist's guitarist might slight his distinctive, soulful voice and passionate songs."

Jakko Jakszyk is best known for his work as a singer and guitarist for King Crimson, but prior to King Crimson, Jakko had led bands for over 30 years. He's worked with countless musicians around the world and is a multi-talented record producer, session musician, and actor.

What makes Jakko such a masterful guitarist is quite possibly his incredible diversity and understanding of all types of music. From pop, to progressive rock, to world music, Jakko draws deeply from many musical wells.

Jakko Jakszyk is on the SE T50E while Nick Harper plays the SE A40E.

Nick has modified his SE A40E with a special set of tuners that allow him to quickly and accurately adjust the string's pitch mid-song.

Watch him perform his tune "Evo" below: