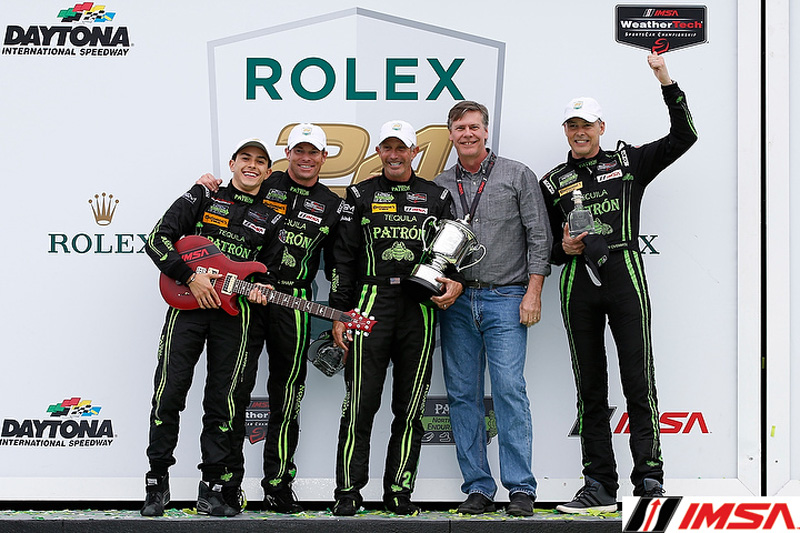 Hello! Jack Higginbotham here – President of PRS Guitars. I recently returned from the Rolex 24 at Daytona, our partner IMSA’s most high-profile racing event. I have not attended this race in a few years since the NAMM show (the music/gear industry’s largest tradeshow) and the Rolex have traditionally landed on the same weekend, so it felt somewhat nostalgic to land at the tiny Daytona airport and make my way back to the track. Here is a bit of a story about the weekend…

Television fails to convey the sheer size of Daytona. Once you’re parked, you’re walking. Well, technically you could catch a tram and ride around, but I prefer to let my slightly ADD personality take control and walk, allowing me to detour as often as I see fit.

And distractions are everywhere. 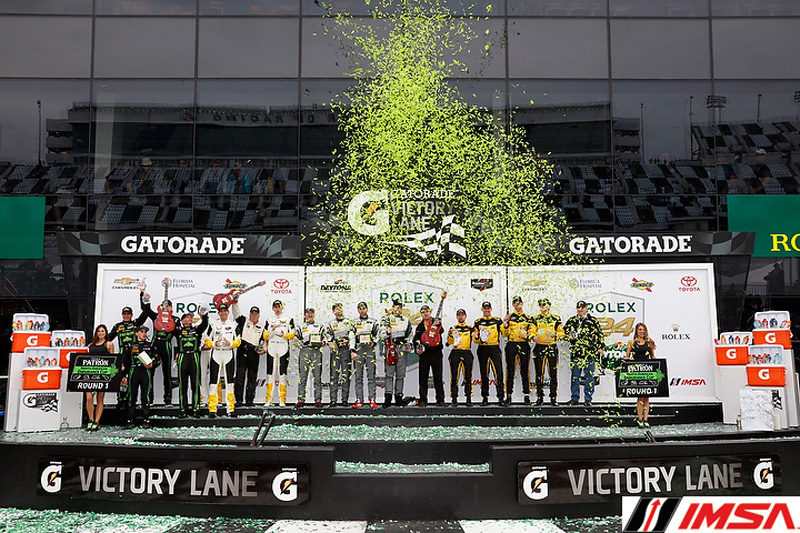 From a race fan’s perspective, the best thing (and unique in professional motorsports) is the amount of interactivity and openness that the ticket holder is afforded. You are not confined to your seat, or even the stands. The infield is completely open to explore. The paddock garages are open to view so you can see the teams prepare for the race. Most teams even make themselves available to answer questions. Imagine going to a concert where you can go backstage, talk to the techs and go back to your seat if you feel like it. That’s the difference that IMSA brings.

My weekend was filled with marketing meetings, getting to know new IMSA staff, promoting our PRS IMSA trophy guitars and an interview with FOX Sports. When FOX asked where I wanted to do the interview it was pretty clear Action Express would be a good spot. 20 hours into the race, their car was in the lead and looking very strong. Matt Yokum with FOX showed up, and we reviewed the shoot. Suddenly there was a flurry of activity. The pit crew moved quickly toward the garage. Matt and his camera man left without as word, and the #5 car came roaring around the corner, onto pit lane, and drove straight into the garages. In the lead with fewer than four hours left, they had a broken axle. Without words the car went in, went up, and came out in about 5 minutes. Chris Mitchum (the team manager and my good friend) walked back to pits smiled and said “that was unfortunate.” It isn’t that he didn’t care – he is just a consummate professional. The level with which that team prepared and the precision with which they diagnosed, repaired and returned to the race was astounding. They went on to not only complete the race, but finished in 4th position.

I see a lot of similarities between PRS and these teams. We all strive for perfection. We are obsessed with our worlds. When we’re not working, we are playing in our respective fields. We love to build and use precision instruments, and we believe in building to the highest level we can. Fast cars, rock and roll, and electric guitars have always fit together nicely to me, and this weekend made that more clear than ever.

The trophy guitars that each winner will get this season is a PRS SE IMSA-branded guitar. They are also available for fans to purchase through the IMSA online store.

The IMSA circus will cover a large part of our country this year. From New York to Florida. Virginia to California. Wisconsin to Texas. Check the schedule and go see a race….see if you agree with me. And keep in mind, if you buy one of those PRS trophy guitars, IMSA’s open access to drivers and teams makes it really easy to get an autographed-laden keepsake.

Below you can see a PRS commercial spot that aired during the Rolex 24 Daytona race, as well as an interview with Jack himself!

Check out some photos below of PRS Guitars’ involvement in the racing world over the years! 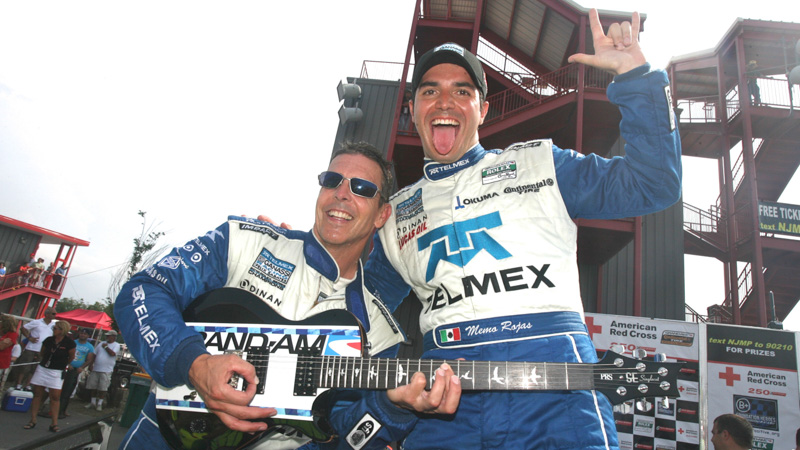 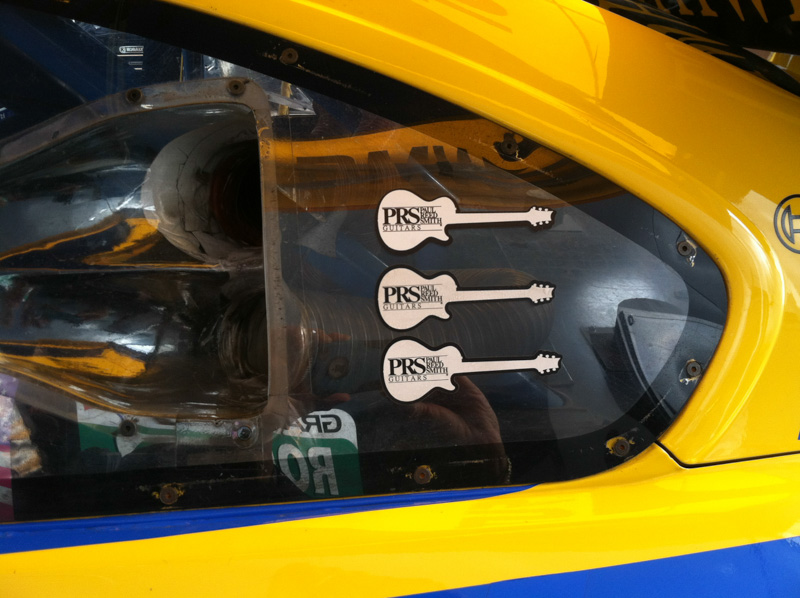 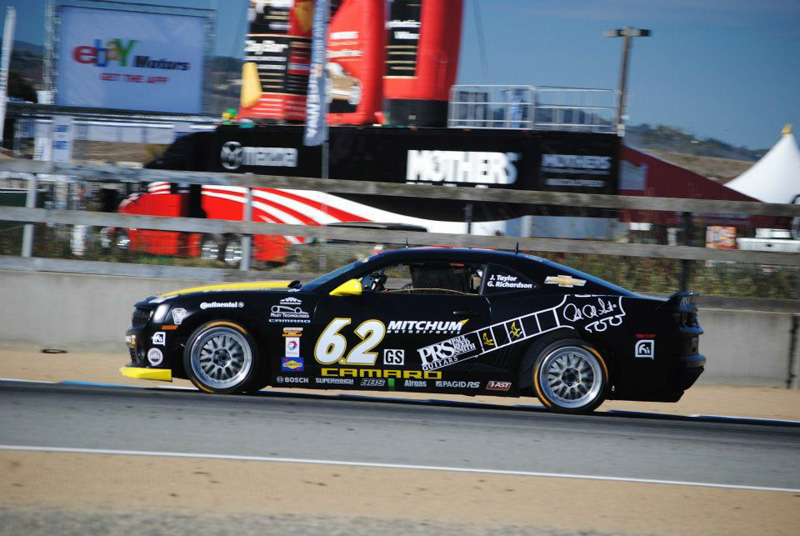 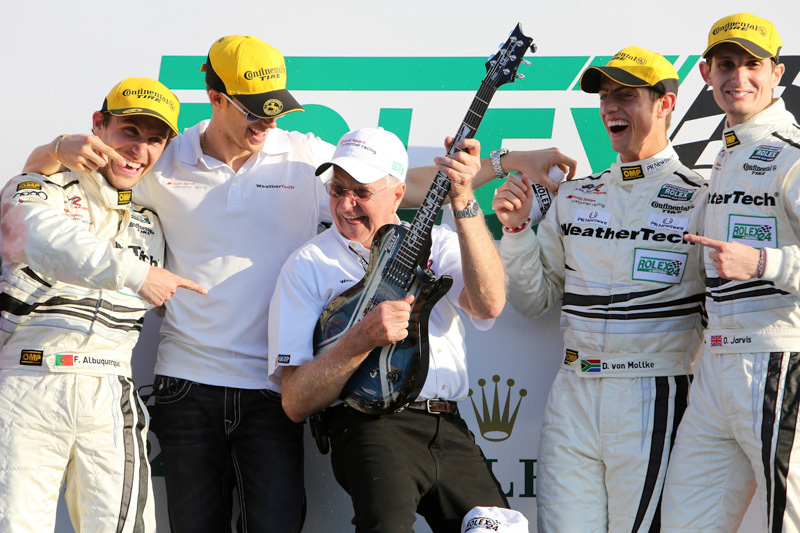 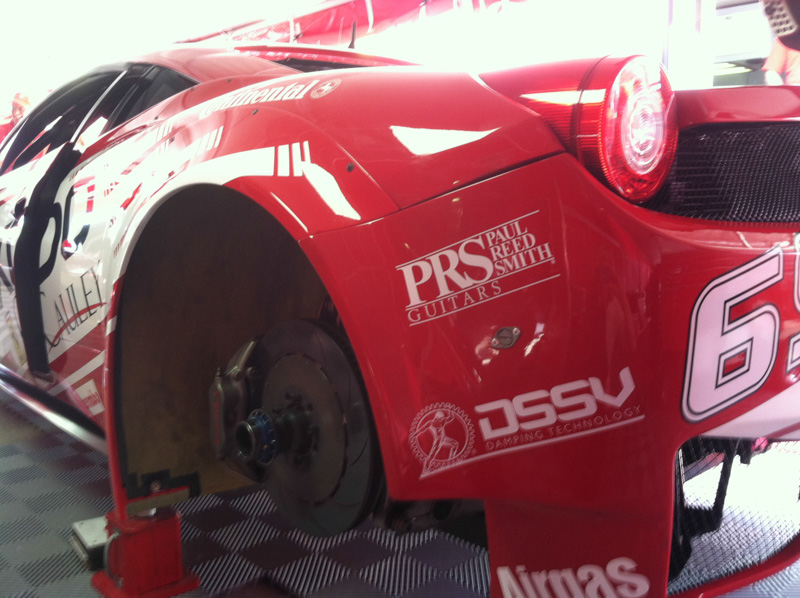 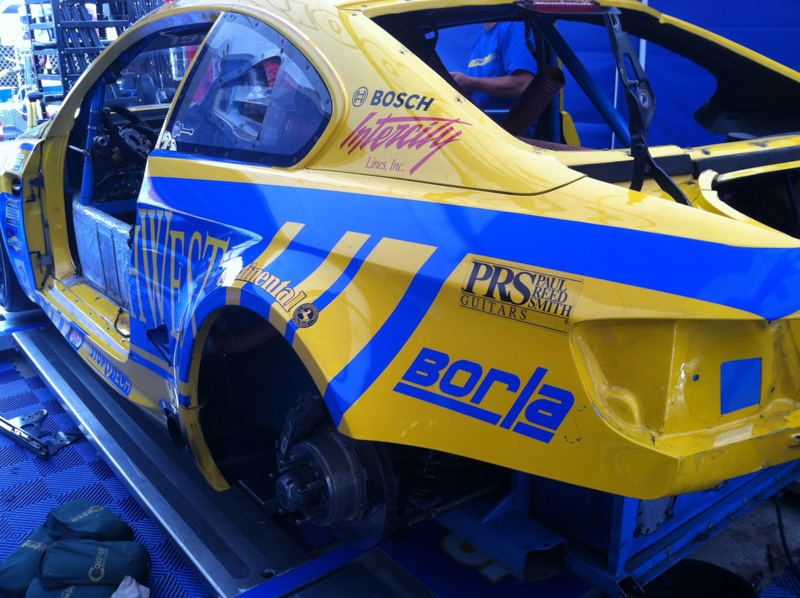 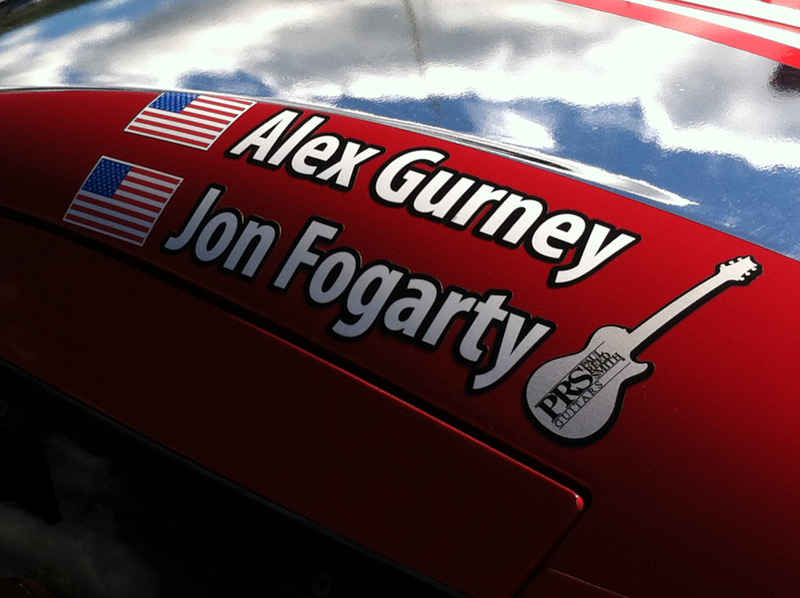 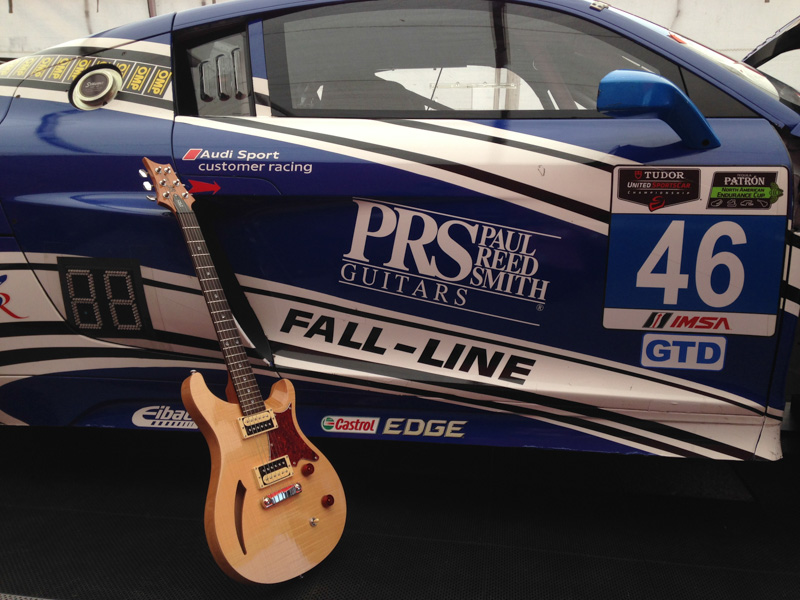 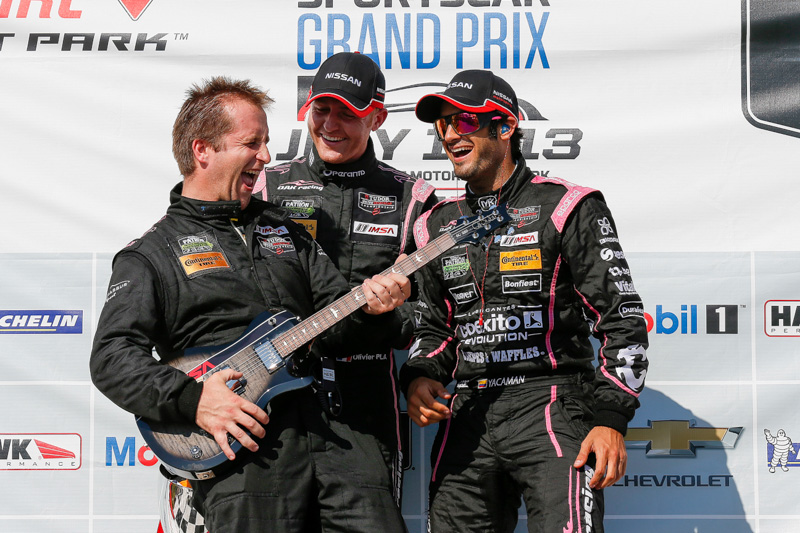 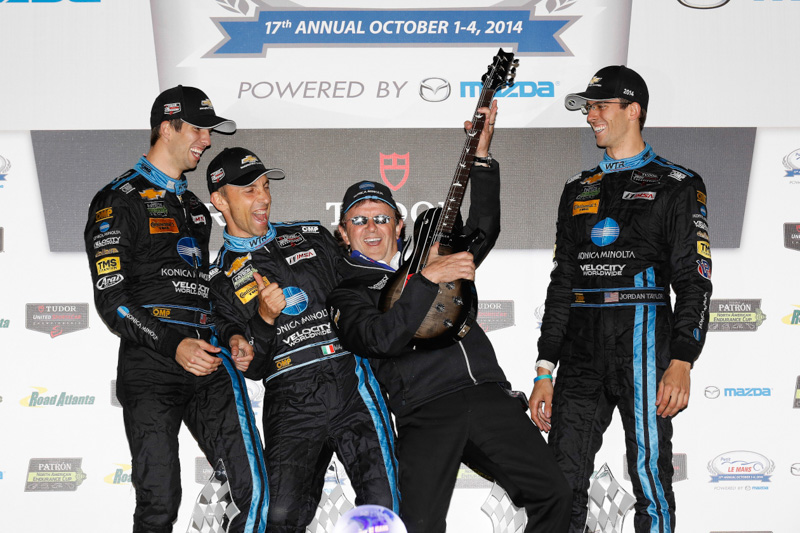