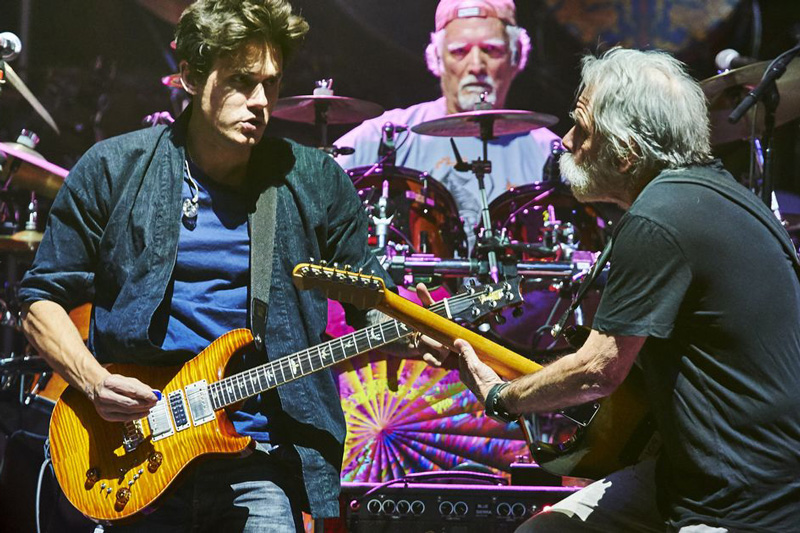 One week into their much anticipated tour, the new Dead & Company band has been stirring up quite a buzz in the music scene with their resounding renditions of Grateful Dead classics. The band features three original members of the Dead, Bob Weir, Bill Kreutzmann and Mickey Hart, alongside longtime keyboardist Jeff Chimenti and two newcomers: John Mayer and Oteil Burbridge. After a short run of five Fare Thee Well shows, which took place earlier this summer and several weeks of practices and rehearsals, the result of this new group is captivating; the display of musicianship is spectacular and one that is not to be missed. The addition of John Mayer has brought excitement to this iconic jam band. His soulful vocals and passion for the music is extraordinary; he is fluent and precise in his playing and makes the guitar sound magical. 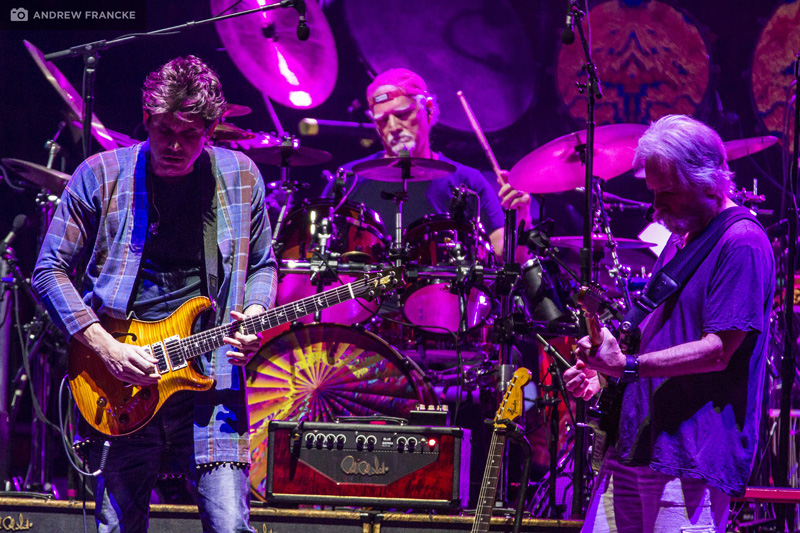 Many have taken notice of Mayer’s new axe – an inspiration and vision of John’s that ultimately led to a collaborative effort and design with Paul Reed Smith. “Working with John has been a real joy. His knowledge and understanding of music and what he likes in a guitar is brilliant, in a way; not to mention his skills as a player. Turning John’s vision into reality with a guitar that he plays with such authority over a variety of tones has been challenging but fun and rewarding at the same time”, says Smith. -- www.deadandcompany.com
← Back To Blog