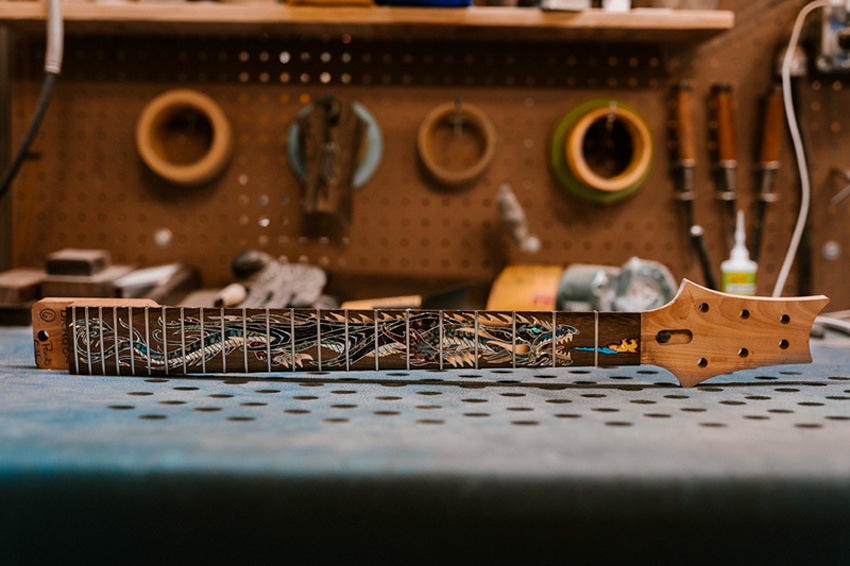 Throughout our company's history, the Dragon models may be the most visually striking instruments we've ever created. From ornate inlays featuring abalone, gold, and pearl, to our most highly figured woods, every limited edition Dragon is a union of art and musical instrument. This year we're excited to offer another iteration of this celebrated collection, and because it's an anniversary year, we thought it would be fun to look back at all nine PRS Dragon instruments, from 1992's Dragon I to this year's 35th Anniversary Dragon.

“When I was a teenager, I had a dream about a guitar with a dragon inlaid down the neck, and in 1992, I was able to realize that dream for the first time. It has become an important part of our history to celebrate the technology that allows us to create these intricate inlays and the idea that dreams can become reality.” - PAUL REED SMITH 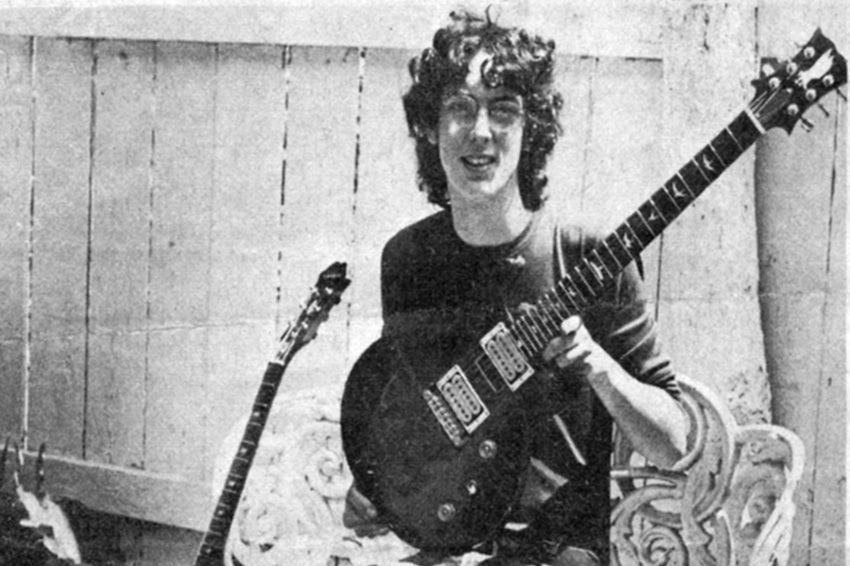 As a 16 year old, Paul Smith's dream of a guitar with a dragon inlaid down the neck could be nothing more than that, a dream. Technology limitations at the time made it impossible to design the Dragon how he envisioned. Fast forward to 1992, PRS is a growing business (7 years old at the time) and Paul hears that the technology is available to inlay a complicated design with laser sharp precision. Excitedly, he gets to work building what will be known as “Dragon I,” a 22-fret maple top guitar with 201-pieces of inlay in the neck.

We gathered all nine PRS Dragon guitars in the same room for a special episode of From the Archives. Watch as Paul and Marc discuss the history of each model, the stories that inspired them, and at the end - a special play-through featuring all nine guitars!

THE DRAGONS IN DETAIL

The 201-piece abalone dragon inlay was not the only thing that set this guitar apart from others in the PRS product line. For the first time in the company’s history, the Dragon I came with a 22 fret neck, a newly designed PRS stoptail bridge, and dragon pickups. With a limited quantity of 50 and a list price of $8,000 in 1992, the Dragon I became an instant collector’s item. The first prototype is held in the PRS archives at our Maryland factory and proudly on display in our new West Street East factory store.

DRAGON I SPECS // LIMITED EDITION OF 50

The next year, in 1993, Paul began working on the “Dragon II.” Similar to the Dragon I, PRS utilized an inlay company by the name of Pearl Works to develop an even more complicated dragon design. In addition, the typical abalone headstock design featuring Paul’s signature was inlayed in gold.

The Dragon III, similar to the Dragon II also contained gold - lots of gold. Larry Sifel of Pearl Works was building the Dragon III’s intricate neck inlay and recalls receiving the materials from the suppliers. “We had a truck that would come by every Thursday for months on end to deliver $4,000 worth of gold each time. They’d ask, ‘What are you guys doing?’”

The Dragon III was built in 1994 and the inlay was comprised of some very tiny pieces of material, some as small as a pin-head. The Dragon III prototype is currently on display with the National Guitar Museum’s traveling exhibition.

After the Dragon III, we took a 6 year hiatus from building the now world-renowned Dragon guitars. The time off culminated in the release of what many considered to be the most outrageous design devised yet - the Dragon 2000.

Instead of a neck inlay, the Dragon was inlayed on the lower bout of the guitar’s body - a challenging task considering the depth of our PRS body carve. We released the Dragon at the NAMM show in 2000.

Before the Dragon 2002 was released, we had been prototyping and developing a single cut body shape. In 2002, for the first time, the Dragon line of guitars featured this new single cut body. With over 90% of the guitar’s top inlayed with material, the Dragon 2002 was our heaviest guitar to date. The design used for this guitar provided a close up view of a dragon - a fierce looking eye, snarling teeth, and a snout that extended onto the upper frets.

In 2005, we celebrated PRS’s 20th Anniversary in a big way - the release of the 20th Anniversary Double Neck Dragon. With a whopping 863 pieces of shell, stone, metal, and wood — the guitar displayed two dragons on the body each with tails extending onto the necks. “20th” was inlayed on the truss rod cover commemorating the anniversary.

After a 5-year gap from the previous Dragon model, we released our seventh run of Dragons in 2010 for PRS’s 25th Anniversary. The guitar featured a familiar Santana body shape with an intricate dragon inlay covering most of the 24-fret neck and extending onto the truss-rod cover. The Dragon’s elaborate fretboard work is more complex than its predecessors and provides an intimate view of a snarling dragon.

The 30th Anniversary Private Stock Dragon - became the 8th Dragon guitar to date. The guitar features an elaborate dragon inlay designed by Jeff Easley, a fantasy artist famous for some of Dungeons & Dragons rulebook covers. Aulson Inlay deconstructed Easley’s artwork and recreated it into several distinctive sections that have been embedded into the body of the guitar and conclude with the dragon’s tail whipping up the fretboard.

The Private Stock 30th Anniversary Dragon nods toward our history with a “pre-factory” style carved top and a pre-factory style Pattern Regular neck. The extraordinary Private Stock grade woods were hand selected for this very limited series and were accompanied by 2015's newly introduced 85/15 treble and bass pickups.

Meet our newest and ninth Dragon guitar in the series - the 35th Anniversary Dragon. The layout is based off of the PRS McCarty model, featuring a thicker back, PRS Stoptail bridge, and a classic volume, push/pull tone control, and 3-way toggle electronics layout, but with TCI model pickups from the Paul’s Guitar and Phase II Locking tuners for a unique balance of vintage and modern specifications. The extraordinary Private Stock grade woods were hand selected for this limited series and include a curly maple top, African ribbon mahogany back, and a chaltecoco Pattern neck with a 25” scale length, 22 fret ziricote fingerboard.

BEHIND THE SCENES OF THE 35TH ANNIVERSARY DRAGON

*Special thanks to Dave Burrluck, whose work recording our history in The PRS Guitar Book and The PRS Electric Guitar Book will forever be a source of fantastic PRS Guitars’ information and history…even for us!