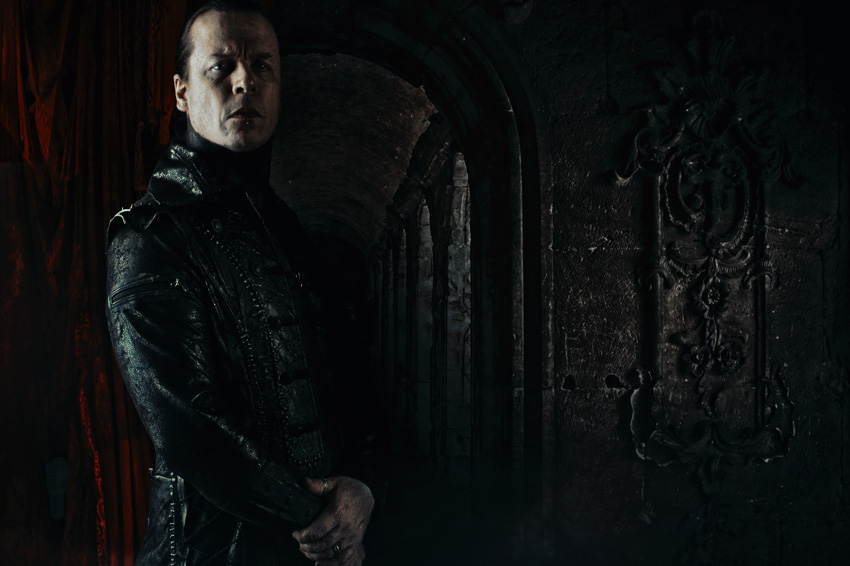 PRS artist Paul Allender, best known for over two decades in the British metal act, Cradle of Filth, has come back from the grave, returning from a musical hiatus to join the theatrical production of the epic musical “DiAmorte's The Red Opera."

Coming on as the production’s first permanent member and visionary partner, Paul’s enthusiasm for the traditional theater and opera production is a welcomed asset to DiAmorte with a shared desire for something that goes far beyond the traditional band arrangement.

DiAmorte is more than music, it is a fully immersive experience. Stories set to the picturesque sounds of savage orchestral arrangements and metal instrumentation and full theatrical imagery. These epic songs are completed with the powerfully enchanting voices of two female opera singers and a male opera vocalist, melding with the bestial sounds of darkly classical gutturals.

Contributing members of this album consist of the bands Symphony X and THEM.

Watch the Lyric Video for "The Everlasting Night" below:

For more on DiAmorte and to buy The Red Opera, click here.