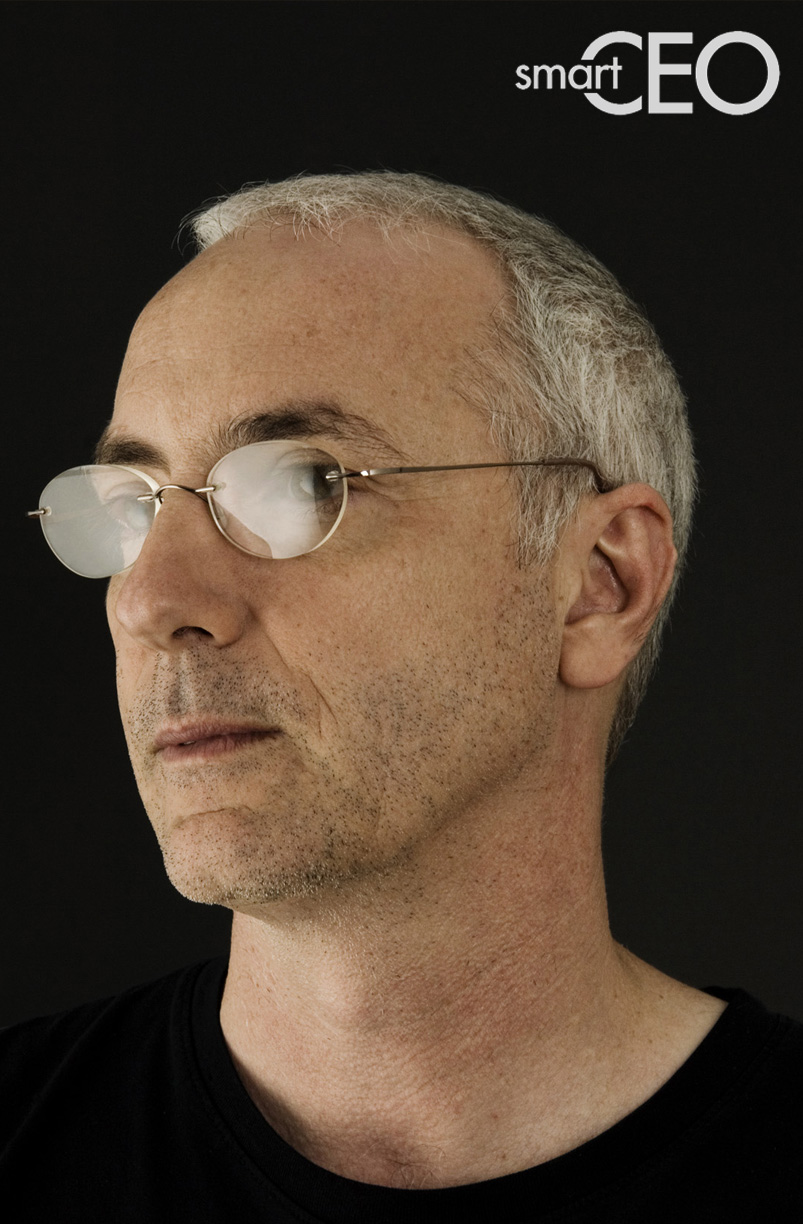 I didn’t know if I should try to look cool when I sat down across from Paul Reed Smith. He’s the CEO of PRS Guitars, a fine mark of craftsmanship and innovation based right across the Bay Bridge from Annapolis on the eastern side of the Chesapeake. I knew that Paul’s business had helped to make cool things possible, and I had a suspicion that both the art and process of making music—from painstaking songwriting to cheering crowds—had some parallels there in the manufacturing plant where we sat. So I asked my first question: “What’s the concert like here?”

I elaborated: “Who plays rhythm at PRS Guitars? Who can play a solo without throwing off the beat?” I wondered if I was marking myself as a geek, but Paul started to nod as he saw where I was heading. “The heartbeat–the rhythm of the place–is the people,” he told me, leaning forward and thumping a few times on the table. Inventing a new product model is like writing a song, and the R&D and prototyping are nothing more than the band rehearsing before they take the show on the road. “Customers buy the ticket, and the process is the tune.” And there are the tools of the trade—the amps, the drumsticks, and of course the guitars.

We sat at a conference table in a medium-sized room, surrounded by what seemed like a forest’s worth of wood. As I read off tree names like Korina and Curly Maple on the shelves, I wondered out loud about how much the wood makes the sound. Paul used the opportunity to tell a story of craftsmanship and quality that dates back centuries, to Italy and the maker of the Stradivarius violin. It’s one of the most prized instruments in history, and worth millions. Remember those sneaker ads with Michael Jordan where Nike told us, “It’s gotta be the shoes!?” Paul doesn’t think it was Jordan’s shoes or the local fungus that grew in the wood of a Stradivarius that made Jordan’s game or the old Italian’s violins what they were. “Maybe the old man knew what he was doing!” he exclaimed. Paul knows what he’s doing. He knows how to motivate people and optimize processes at the same time to turn out more and more great guitars.

In music, there’s rhythm, harmony, melody and poetry. “Guitar making is maybe 15 or 20 things all mixed together,” Smith says. There are processes you can pin down and automate and other elements that need human touch and sense. Paul learned lessons from music that carry over to manufacturing–you had better rehearse your scales until they’re second nature before you expect to play a solo that doesn’t fall flat. PRS technicians measure at every step of the production process to keep the details of the guitar the way they need to be for ultimate quality. “We’ve been measuring all morning,” Smith tells me, as one of his top people comes in to share an updated electrical reading on a new guitar. They have great measuring tools and great ears at PRS, since nearly 4 out of 5 employees are musicians themselves. That balance of machine precision and human judgment is how Smith has gone from making a great-looking guitar in your garage to manufacturing instruments that rock arenas around the world.

There’s an early PRS guitar on display in the Smithsonian Museum of American History because it is a symbol of what Americans can make. Each instrument that comes out of PRS could be in a museum, and it’s a treasure to its owner. But this is also a manufacturing company, mentioned in the same breath as companies like GM, Domino Sugar and Marlin Steel Wire as they prove the mid-Atlantic region’s will and ability to make stuff still remains strong. “Manufacturing is a deep, deep art form,” Paul reminds me, and that shows in the way PRS Guitars balances uniqueness with the need to produce and move large quantities. It’s not just the product but the process that bears the hallmarks of this CEO’s creativity.

Smith has made a lot of choices in order to bring the craft of guitar making up to industrial scale. You can’t fake fine woodworking, metal smithing, and instrumental design, so he knew he couldn’t sacrifice in those areas just to get more guitars out the door. What he did was introduce automation where it made sense and freed up more time in the process for the people who know the subtleties of how a perfect guitar should feel and sound to do their handiwork.

As production volume increases, quality control gets even tighter. You can read the crowd and even improvise, but the quality of your sound—your product—has to be consistent if you want them coming back and spread the word.

Floor managers in manufacturing can be like data conductors, making sure individual players and the whole group can interpret bits and pieces of information quickly and use data to make a final product that seems like it was always whole. It’s become something of common wisdom that it takes 10,000 hours of working at any given task to become an expert at it, and Smith knows who plays his guitars and how much time they’ve put in. Business and art both take time, just like anything you want to get good at, and Paul says he’s convinced it has taken him 40,000 hours to get good at making guitars, especially given the quantities and quality he requires. Smith echoes any serious musician’s mantra: practice, practice, practice.

Practicing means measuring and improving. Anything from humidity to human error could throw a PRS Guitar off of the sweet sound its player expects, so the manufacturing facility is humidity-controlled, and workers have data on their side to help them resolve potential problems early and quickly. Putting problems to bed with good procedures, Paul says, is the damage control part of the CEO’s job. The other part is answering calls at 4 in the morning, trading precious sleeping time for the monetary and spiritual rewards of knowing that your products rock and your customers are happy.

Paul’s direct competitors might be Fender or Gibson, and he’s part of a history of musical craftsmanship that dates back even before Stradivari, but he knows that these days his company’s guitars are also up against iPads. In the competition for time and money spent on creativity, American Idol and computer-based music surely have more allure than a six-string to some. Smith doesn’t mind. Technology has sped up his own innovation process, and if recording on an iPad helps a guitar player improve more quickly, then hey, the quicker they can get inspired to pick up a PRS. Those same iPads even provide a way for PRS to connect with anyone online– for example, the company’s Shop In Detail videos on YouTube give customers a real sense of how and where their instrument was crafted.

There’s a kitchen-table atmosphere at PRS that you can’t call anything but intimate. “What day does the CEO get analyzed?” Paul asks, rhetorically. He’s not only the boss, after all—he’s the company’s namesake. “It’s the day everyone goes home for Christmas.” The gifts employees buy to make loved ones smile; the bills they can pay and breathe easier—those are results of the way the CEO directed the company that year. Of course, the review process is really year-round. Every day, supervisors check employees and vice-versa. That’s how Paul Reed Smith Guitars keeps the right tone and the right team. “They’re gut-checking every word out of your mouth,” Smith says. If it sounds right to everybody in the shop, they’re proud to follow their conductor’s lead and keep making the best guitars around.

Author Tom Loveland is the Founder and CEO of: Mind over Machines