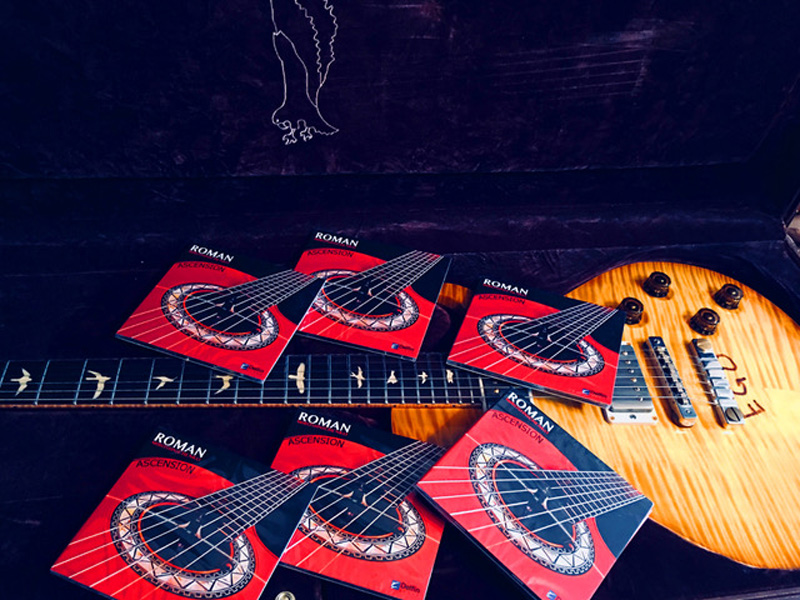 Being the 2009 - 2016 Independent Music Awards 4-times winner and the USA Songwriting Competition First Prize Winner, Roman is Russia’s most prominent and celebrated guitarist. His name is featuring on The Great Jazz Guitarists encyclopedia by Hal Leonard Books, the most comprehensive and competent guide to jazz guitarists ever published (from Django Reinhardt to John Mclaughlin and beyond). During his career he has worked with such musicians as Steve Vai, Al Di Meola, Marco Mendoza, Heather Headley, Djivan Gasparyan, Dominique Di Piazza, to name a few. For a few years, he played in a duo with ‘godfather of fusion’ Larry Coryell. Since 2016 Roman Miroshnichenko is an international projects director of the annual World Of Guitar festival which is one of the biggest and most prestigious guitar festivals in Europe. In 2017 Miroshnichenko joined the judging panel of the 16th annual Independent Music Awards (IMA) program among with Tom Waits, Slayer, Sepultura and others.

Roman celebrates his creative life jubilee by releasing a new album, Ascension. The new album was recorded with his long time band, which includes Val Chernook on drums and Oleg Kanakov on bass. He is also joined by special guests: Grammy-winning violinist Charlie Bisharat, famous Argentinian pianist Mario Parmisano, renown Floridian musicians Luis Alicea (drums) and Aron Ferre (keyboards), Danish virtuoso Henrik Andersen and world class percussionist Gumbi Ortiz. Al Di Meola, the legendary guitarist, commented on the release: "Roman's adventurous complex playing and songs take the listener on a tour de force journey. Carrying on with a great tradition of fusion well done!" The album included an electric version of Roman's Award-winning song Alien's Dream, which was written for the latest project World Of Guitar Trio and is dedicated to one of the greatest guitar players of all time, Steve Vai, who very kindly responded to the new release: "Congratulations on your record! And thanks so much for the touching Alien’s Dream. It’s quite beautiful! I like music that has some rich changes and cool melody!" Preview the new album below:

Grab the album on CD Baby or iTunes.