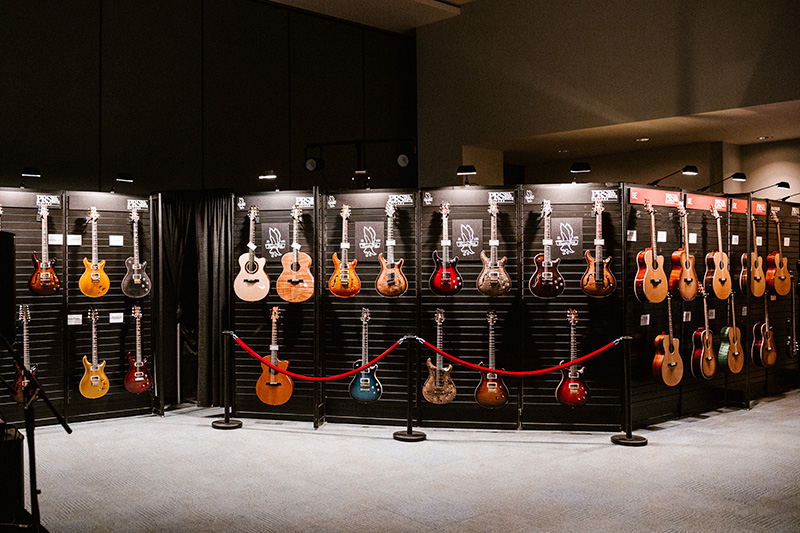 We just landed in sunny Anaheim, California for the annual NAMM show and the booth is ready! The National Association of Music Merchants or “NAMM” is a music industry trade show inaugurated in 1901. The show exists to support the music industry and show the world the latest innovations in musical products, recording technology, sound, and lighting. This week, tens of thousands will gather at the Anaheim convention center for a few days of business and music-filled fun.

PRS is again in room 210A, if you'll be at the show, stop by to check out our new products and say hello!

If you won’t be at the show, we filmed a video with Paul Reed Smith to give you a rundown of our 2019 booth layout. 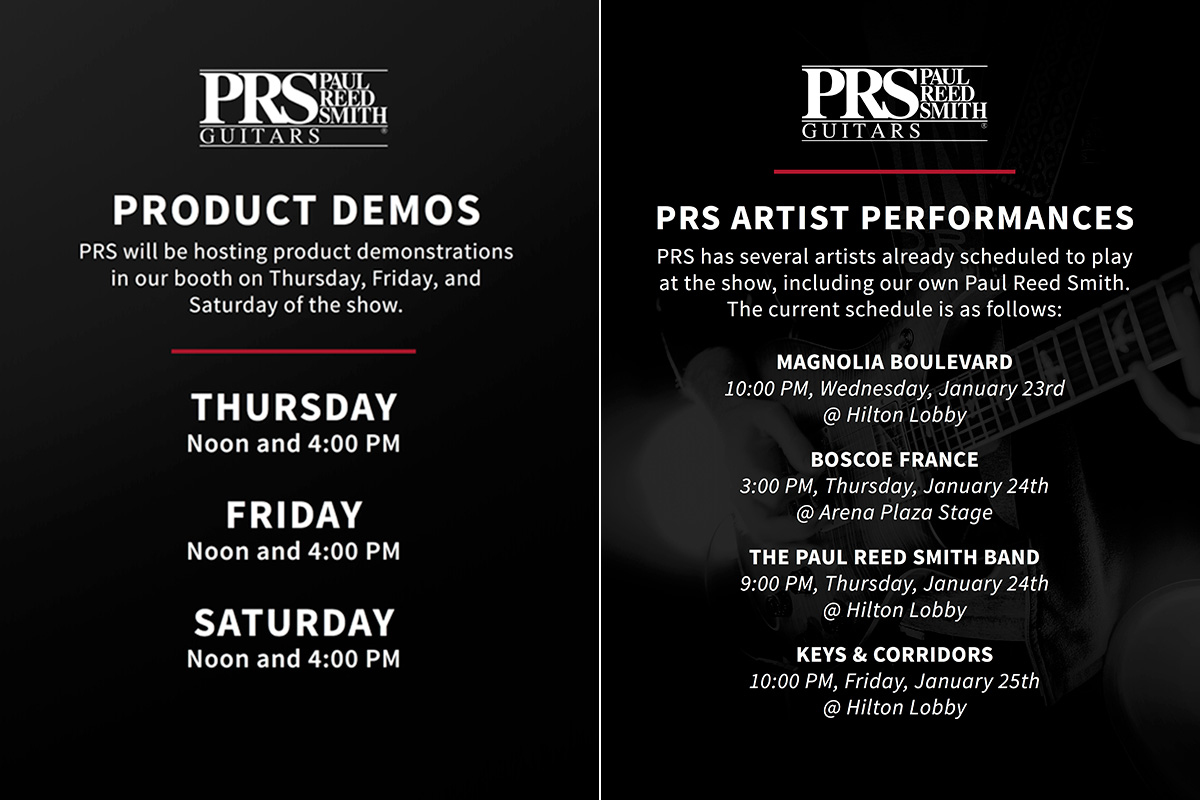 ^ In addition to daily product demos, at 1:30PM on Thursday we have a press conference featuring Jakko Jakszyk and Carlos Santana.

We have tons of guitars and amps in our booth this year. Here are the newest instruments that will be making an apperance at NAMM this year:

Historically, the Paul’s Guitar (like the Modern Eagle before it) has been a realization of Paul Reed Smith’s latest discoveries surrounding tone. This revamped model represents Paul’s vision not only as a guitar maker but as a guitar player who needs versatile stage- and studio-ready gear that can achieve all the right tones. As a man who has every option available to him, Paul’s personal design choices include mahogany bodies with maple tops, Honduran rosewood fretboards, Nitrocellulose finishes, “Brushstroke” bird inlays, and narrow pickup bobbins. The Paul’s Guitar model also includes PRS’s TCI (Tuned Capacitance and Inductance) treble and bass pickups with two mini-toggle switches that allow players to put either or both pickups in either humbucking or true single coil mode.

"I don’t just like the newest version of my guitar, I love it. With these new pickups, I can move from a strong bridge pickup to a very clear, “whoopy” neck pickup – you can hear every note – by just setting the mini-toggles and using the 3-way as normal. It’s a highly musical and very usable setup. This guitar has clear, spanky single coils when you split the pickups but a very full soapbar quality when they are in humbucking mode. It’s just beautiful.- Paul Reed Smith

The original CE was introduced in 1988, offering players traditional PRS design and features with a bolt-on neck. A favorite throughout PRS history, the CE 24 was reintroduced in 2016 and is now expanding to include a semi-hollow model.

"The CE 24 Semi-Hollow combines the snap and sustain of our maple neck bolt-on guitars but adds an airy resonance of a semi-hollow body creating a voice all its own. Every dealer who has come through the shop and checked out the prototypes has enjoyed the guitar. We think it is a fairly unique addition to our bolt-on lineup."- Jim Cullen // PRS Director of Sales

The SE Custom 24 is one of our most popular models and it's easy to tell why: versatile tones paired with a great feel and look. Last year, we decked out our SE Custom 24 with a selection of unique veneers. For 2019, we're continuing to dress up these models with the option of a zebrawood or ziricote veneer. An exotic look on a classic model.

In order to the full story of the SE Paul's guitar, we filmed a video with Paul and Jack, check it out here.

2018 was a very exciting year for PRS acoustic guitars as we added 6 new models. For 2019, we are taking it a step further with some beautiful sounding additions.

The SE A55E and T55E continue to bring our Private Stock aesthetic to the SE Series with quilted maple back and sides offered in two colors: classic Black Gold Burst or striking Abaco Green.

The SE A60E and T60E also bring impressive aesthetics to the assortment, with ziricote back and sides, curly maple binding and heel cap, and abalone purfling and rosette details.

Rounding out the acoustic additions are burst options for the 40 and 50 series guitars! And as always, the 40 series comes with beautiful Ovangkol and the 50 series with flamed maple.

“SE acoustics are born from our work inside the PRS Private Stock team making highly-individualized instruments. With years of intimate work experience to build on, we have applied our bracing pattern and other foundational design elements to the SE line, resulting in high-value instruments that we love. We are proud of our manufacturing partners and humbled by the reviews and support from our dealers as we continue to grow this offering.- Jack Higginbotham // PRS Chief Operating Officer