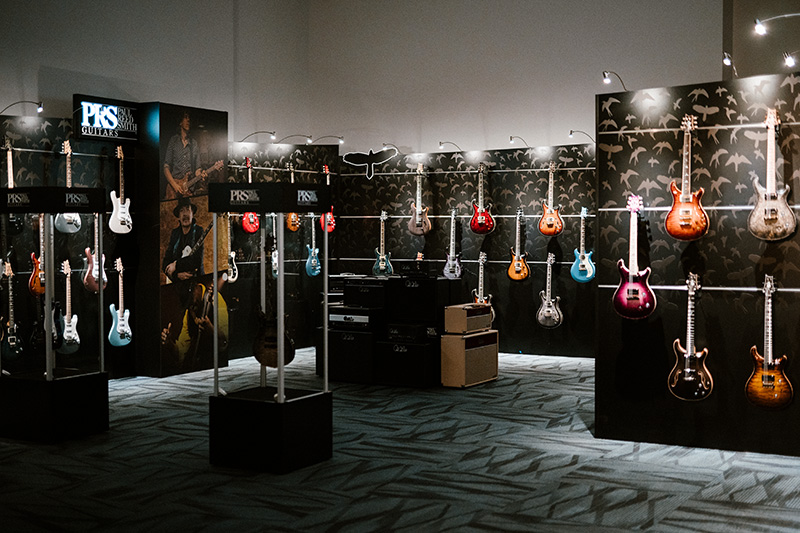 We're headed to sunny Anaheim, California for the 2020 NAMM show and our booth is almost ready! The National Association of Music Merchants or “NAMM” is a music industry trade show inaugurated in 1901. The show exists to support the music industry and show the world the latest innovations in musical products, recording technology, sound, and lighting. This week, tens of thousands will gather at the Anaheim convention center for a few days of business and music-filled fun.

This year PRS will be in room 210 A/B, if you'll be at the show, stop by to check out our new products and say hello! 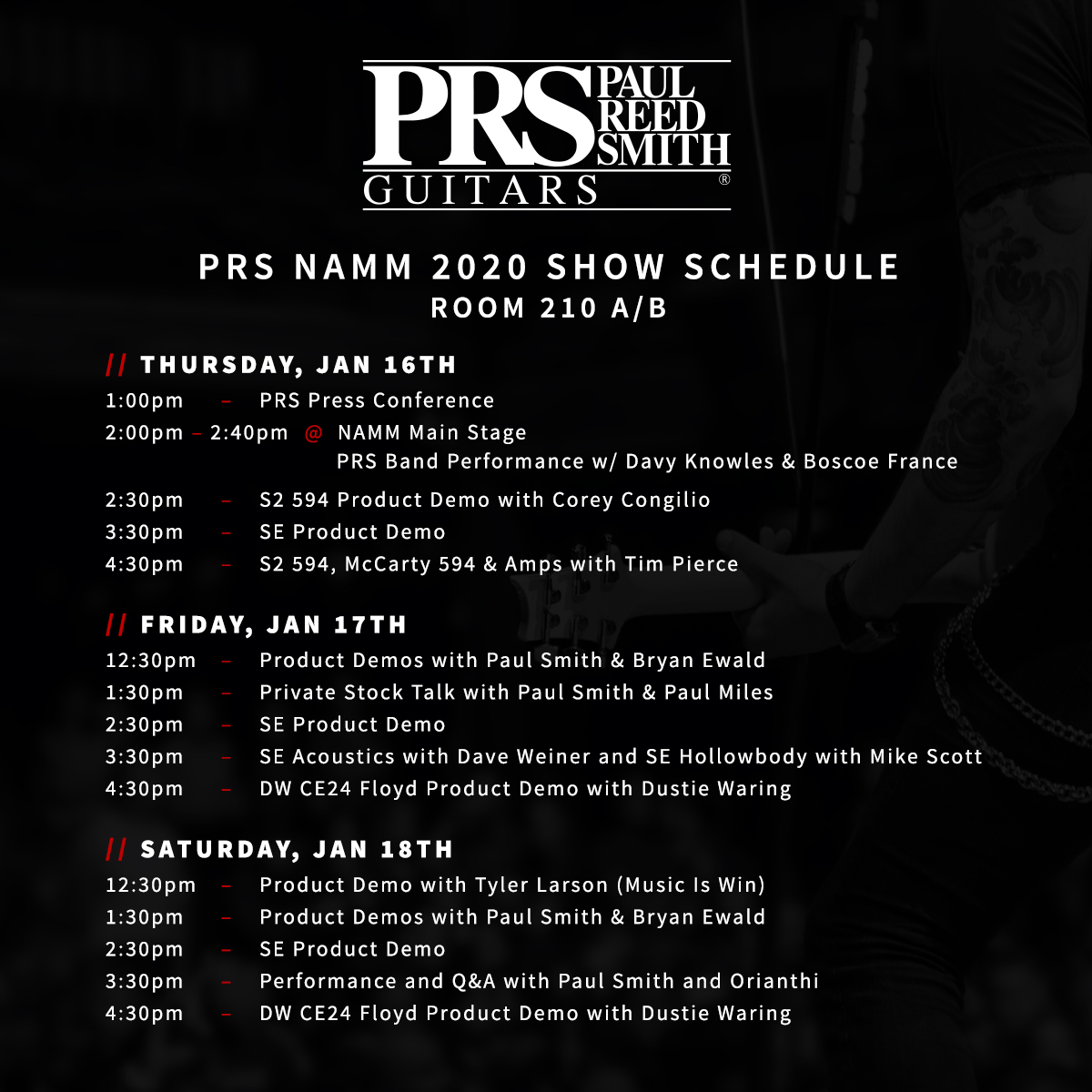 We have TONS of guitars and amps in our booth this year. Here are the newest instruments that will be making an apperance at NAMM this year: 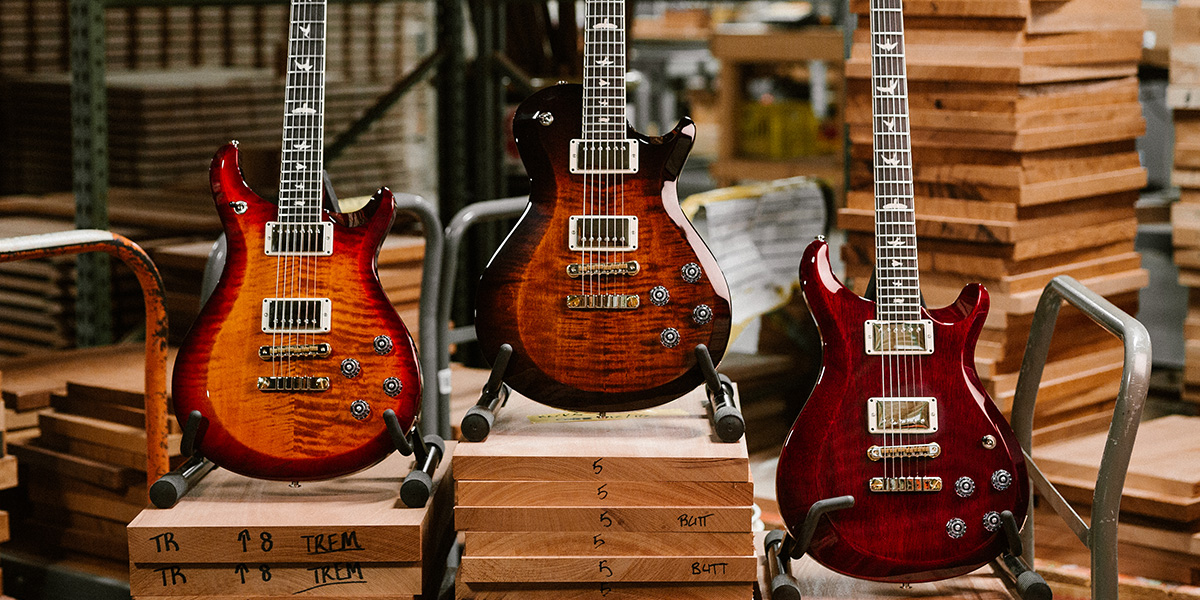 Ahead of NAMM we've announced three exciting new additions to our S2 Series lineup: the S2 McCarty 594, S2 McCarty 594 Singlecut, and S2 McCarty 594 Thinline. Designed to capture the heart of the McCarty family of instruments and stay true to the unique spirit of the S2 Series, these new solidbody electrics deliver vintage-inspired appointments with the precision of our modern manufacturing techniques and craftsmanship. These guitars also represent the first time a McCarty model has been offered outside of the PRS Private Stock and Core lines! 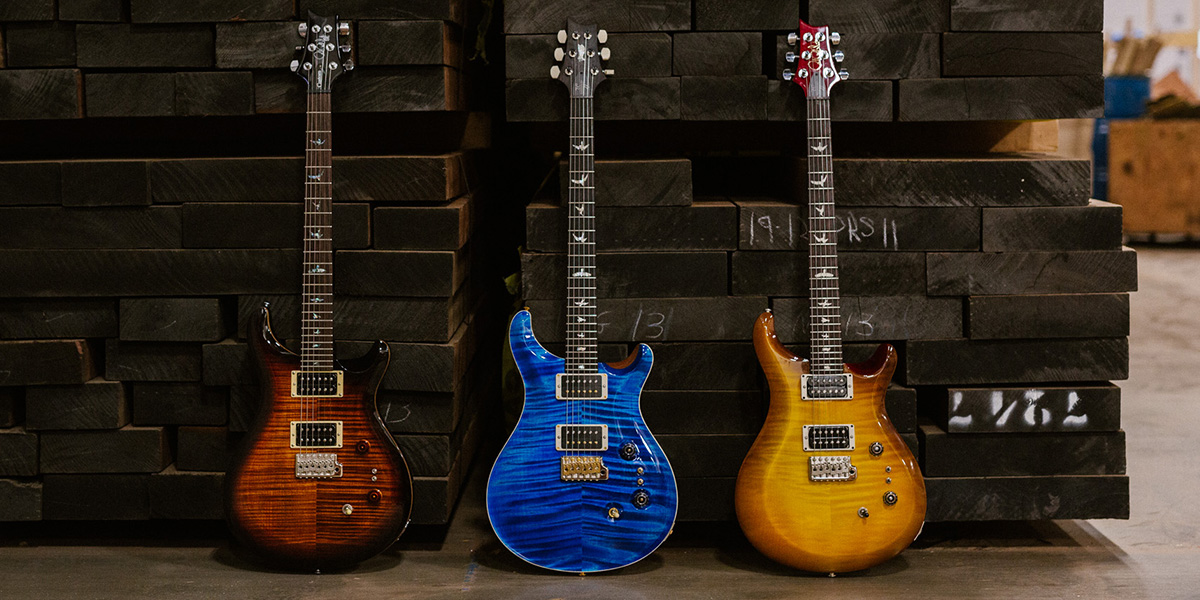 We're celebrating 35 years of guitar making and innovation with three new 35th Anniversary Custom 24 models in our Core, S2 Series, and SE Series line ups. Designed around the guitar that started it all, the Custom 24, these limited-edition models capture the foundational elements of the iconic PRS model and add the musical functionality of the Paul’s Guitar, creating a new, versatile platform. The 35th Anniversary Custom 24 models feature TCI (or TCI “S”) treble and bass pickups that are paired with two mini-toggle switches that allow players to put either or both pickups in humbucking or true single-coil mode. The clarity and unique tone of these vintage-inspired pickups is both big and nuanced, so players can easily find their sweet spot.

“35 years…it’s special what is going on at PRS right now, and we wanted to capture that by celebrating the guitar that helped put us on the map: the Custom 24. These models have new special pickups and switching system, and they sound and play great. The humbuckers are balanced, and the single coils are musical and full. - Paul Reed Smith 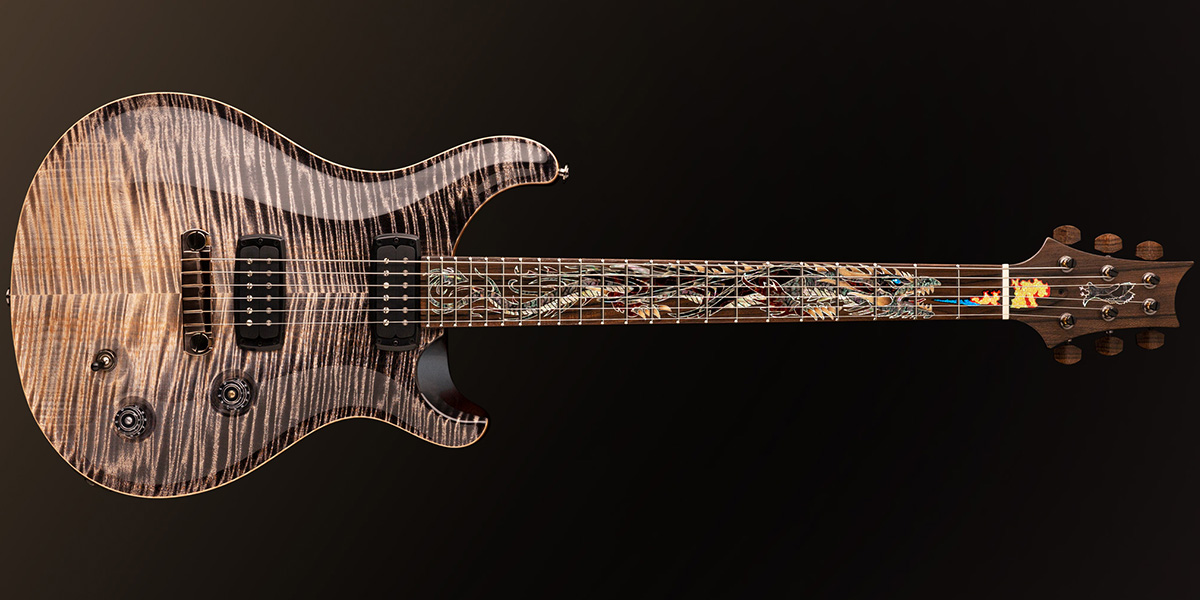 The 9th installment of our Dragon Series is here, the Private Stock 35th Anniversary Dragon features Private Stock grade woods, a Frostbite Dragon’s Breath finish, and over 225 parts of inlay.

“When I was a teenager, I had a dream about a guitar with a dragon inlaid down the neck, and in 1992, I was able to realize that dream for the first time. It has become an important part of our history to celebrate the technology that allows us to create these intricate inlays and the idea that dreams can become reality. I really like this new 35th Anniversary Dragon. - Paul Reed Smith 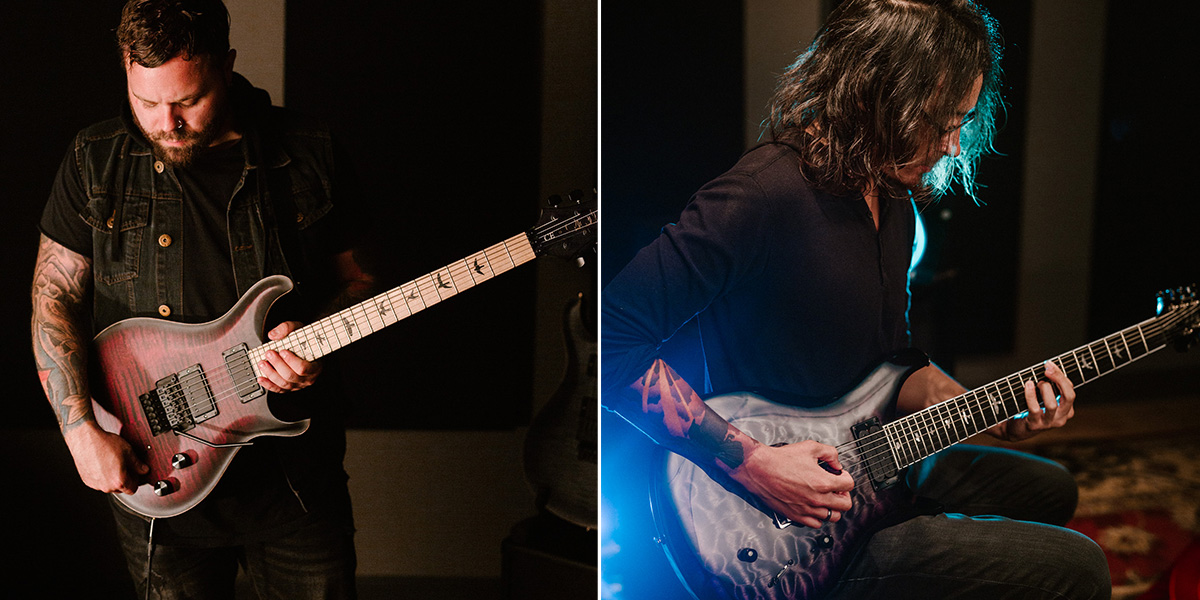 Leading up to 2020, we announced two long-awaited signature models: the DW CE 24 "Floyd" and the SE Mark Holcomb SVN. Born from collaboration with each artist, we worked to make their visions a reality. Fortunately, we're not the only ones pleased with the results!

"This model has been the most stable, pleasure-to-play instrument I’ve ever had. I’ve put it through the paces, and it’s made me proud to have my name on it."- Dustie Waring // Between the Buried & Me

"My SE SVN has become the perfect counterpart to my SE six-string, and an absolute mainstay in Periphery’s live rig. It’s designed to be aggressive, but its core features allow it to be diverse enough to handle clean and mid-gain tones just as effectively. If you’ve played my SE six, you’ll find that this builds off what we established with that guitar and more."- Mark Holcomb // Periphery 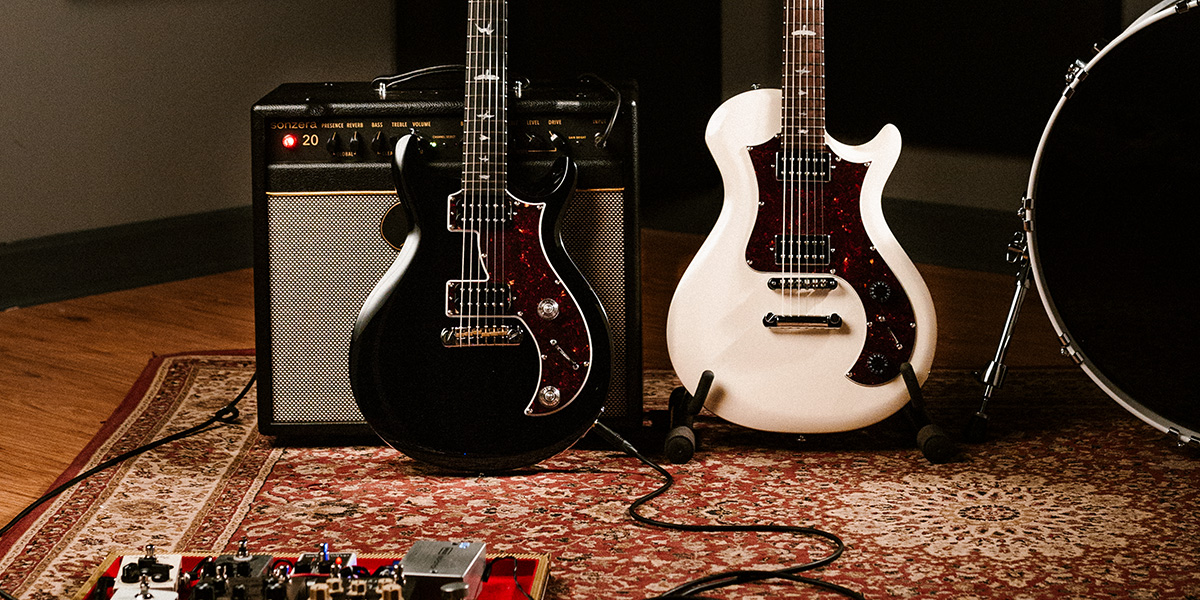 The Mira and Starla models have a storied past in the PRS line up, and as two of the newest SE Series models, they look to have a bright future as well. These designs deliberately diverge from the classic PRS profile, offering a retro vibe and captivating voice for players who prefer their rock a little left of center. The pickups in the new SE Mira and SE Starla Stoptail models were selected to provide well-rounded, explosive, punchy tone, and the push/pull tone control brings added versatility. With all-mahogany body construction and pickguard-mounted electronics, the SE Mira and SE Starla Stoptail are two guitars that beg to be played. 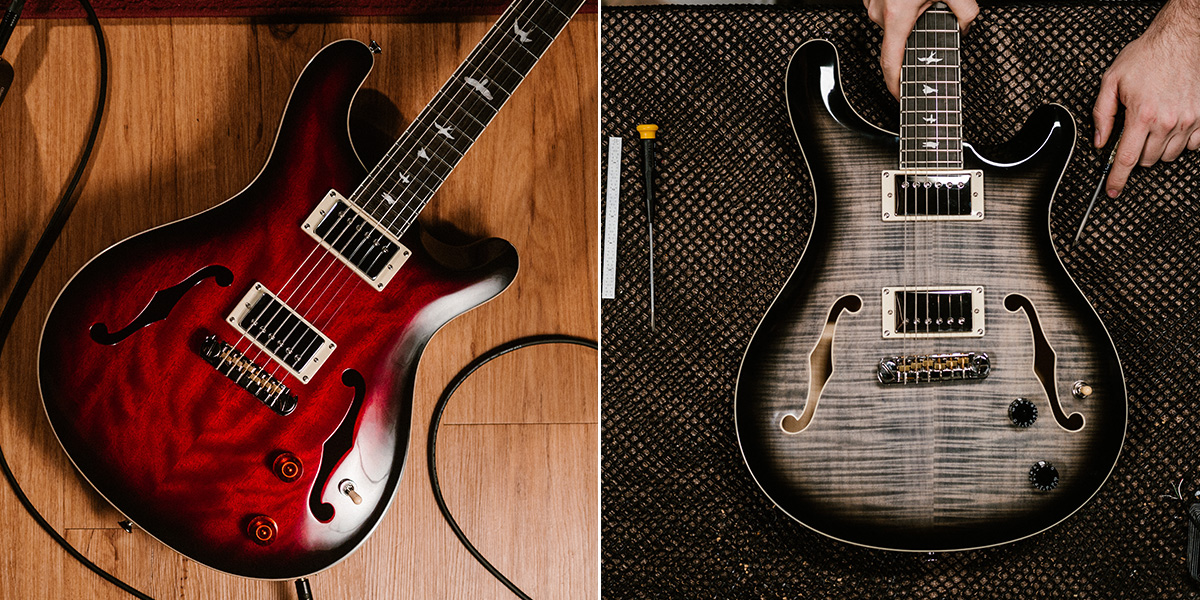 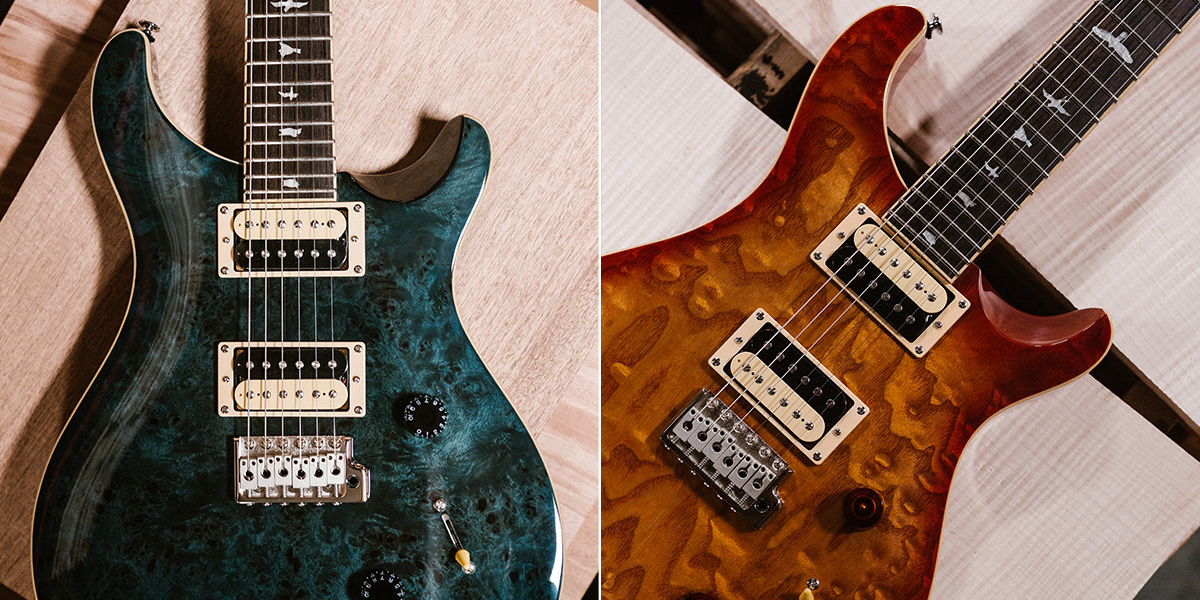 The PRS SE Custom 24 is the quintessential SE guitar, designed to faithfully reflect the PRS model that started it all. The SE Custom 24 Poplar Burl and SE Custom 24 Burled Ash add a distinctive new look while serving up classic PRS playability, reliability, and vibrant tone. These models keeps all of the foundation specifications as the SE Custom 24, including a maple top, mahogany back, Wide Thin maple neck, 24 frets, 25” scale length, the PRS patented molded tremolo, and dual 85/15 “S” pickups with a 3-way blade switch and push/pull tone control for coil tapping. The exotic veneers add a unique, head-turning flair to this gig-ready and studio-sound instrument.