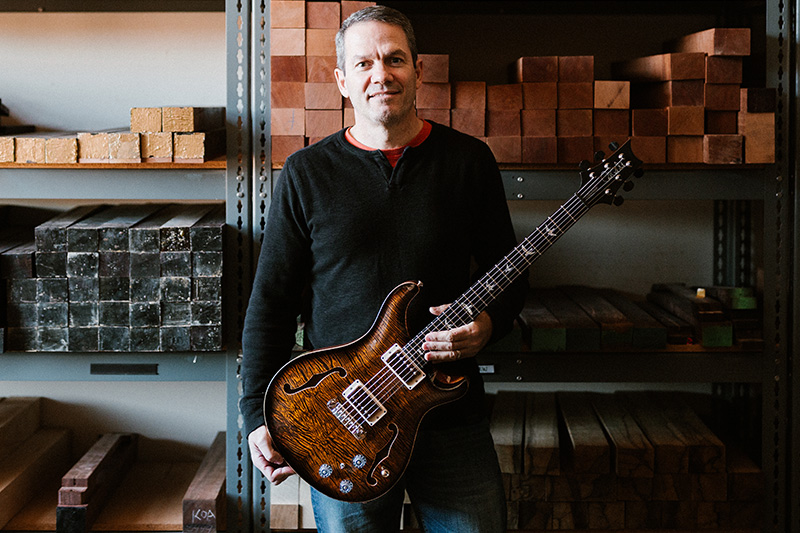 After seeing a job posting in the newspaper, Shawn Nuthall joined the PRS team in 2002. Shawn was initially hired as a body sander where he spent a year honing his sanding skills before joining the base coat team prepping guitars before finish. He made a jump from the factory to the offices in 2004 when he joined the customer service team. His experience in the factory aided him in answering a broad range of guitar-related questions from customers. Today Shawn manages our customer service team. While the customer service team is small in headcount, they make up for it in a combined 80 years of experience working at PRS.

In his leisure time, Shawn enjoys traveling to “stir the soul” - some of his favorite destinations include Sicily, Brazil, and Thailand. One of his most passionate hobbies is yoga, Shawn is frequently up at 6AM practicing yoga before heading into the office, he also enjoys teaching yoga in his free time. 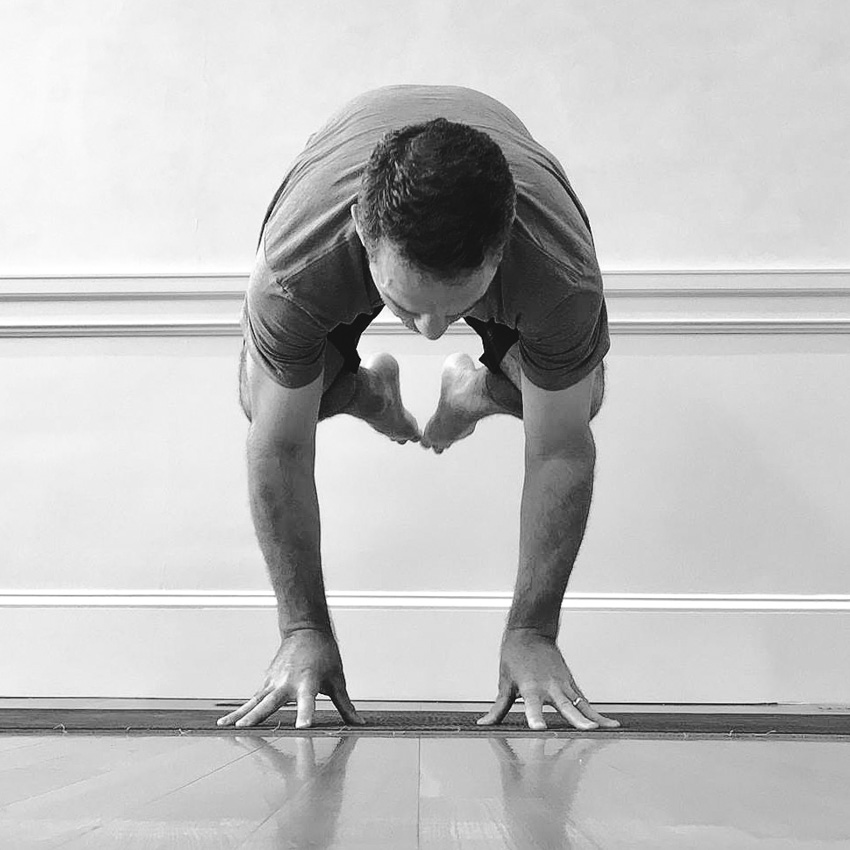 SN: It varies quite a bit. I oversee the flow of guitars coming and going from the factory for repair work and PTC modifications. Most of my day involves a lot of emails and phone calls with customers about their PRS instruments, but I also spend a great deal of time traveling in the factory, putting out fires. Metaphorically speaking, of course.

SN: We’re a small team, but we like to give everyone a personalized answer, sometimes this process takes time and real effort. We receive a huge range of questions, some answers may take us 2 hours of research and talking to people in the factory just to get the facts.

You have seen and handled quite a few PRS Guitars in your lifetime, do you have a favorite PRS model or color? 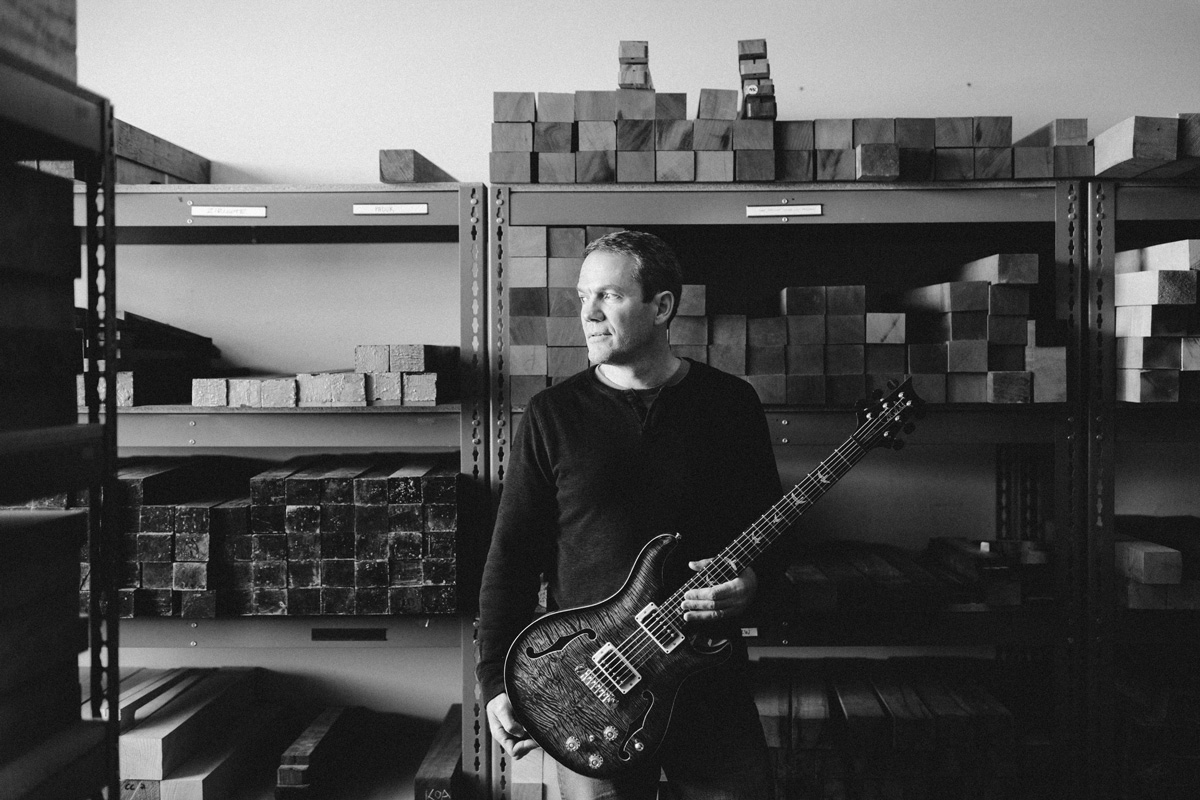 Do you have a favorite customer service story?

SN: Dude, I could write a book! One particularly funny conversation involved a guy who said he kept his guitar in bed with him while he slept. I didn’t ask him to elaborate. Oh wait! I got a letter from a guy who designed a guitar and wanted us to build it. He titled his design “If God Had An Axe (this would be it)”. I still have the letter.

Imagine you’ve got a private jet and a long weekend, where are you going?

SN: Somewhere in the Himalayas.

SN: I don’t really have “favorites” of anything. But I do have a major sweet tooth and I’ve been listening to a lot of chill-out music lately - anything from ambient soundscapes to acoustic singer-songwriter stuff. 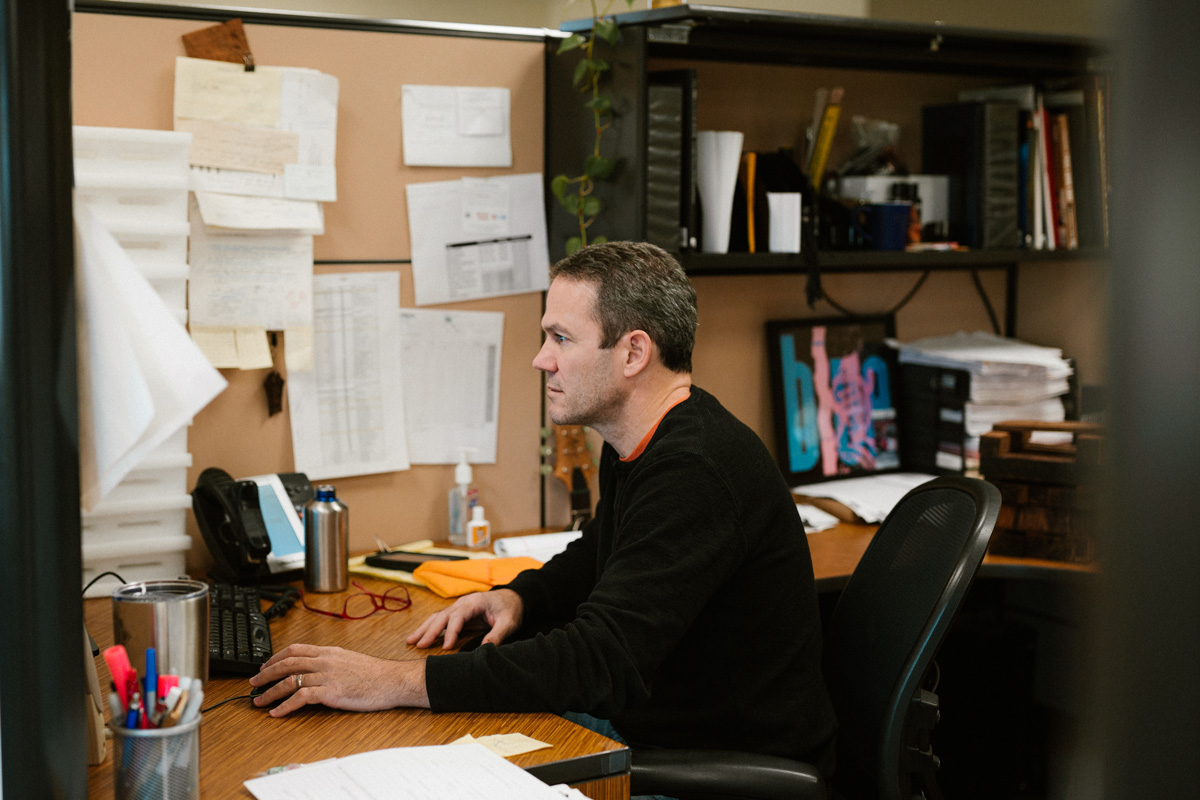 SN: There are so many factors that make PRS a special place to work. We make world class instruments. Very few people get an opportunity to do this for a living. We’re actively making history. We get to live in a beautiful part of the country. And we have a dedicated team of people.