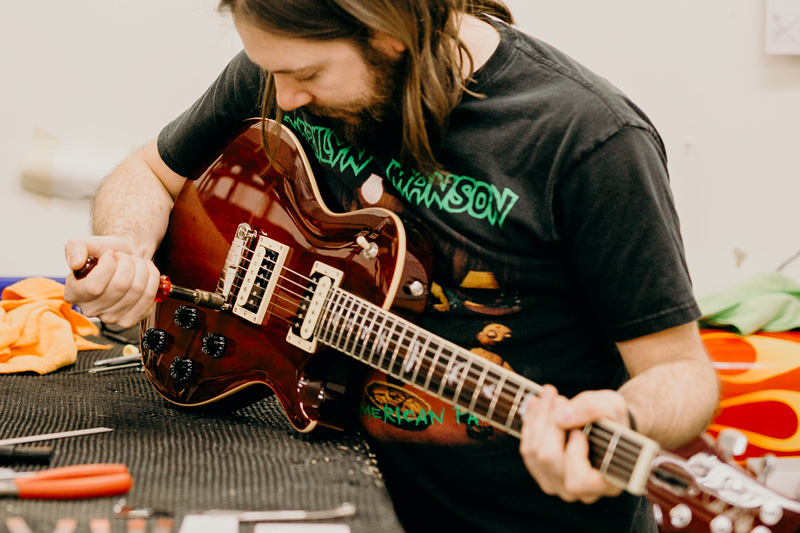 Tom Walls joined the PRS team in 2008, and for nearly his entire PRS career (10 years), Tom has been one of our SE guitar inspectors. Each day, Tom closely checks our SE instruments before they leave our shop and head to dealers around the country.

Outside of PRS, Tom is an accomplished musician and gigs frequently as a guitarist and background vocalist in the Red Hotts, an awesome cover band that plays in Pennsylvania and New Jersey. Because of his skill and ability to play a range of styles on the guitar, we have also used Tom on a few PRS product demos!

What’s your favorite part about working at PRS?

TOM: The ability to play guitar as part of my job is cool. Especially since I’m able to practice songs for my band while I inspect guitars. The people here also make this a great place to work.

What does your job at PRS entail, and how many guitars do you work through on a given day?​

TOM: I am responsible for making sure the SE guitars are up to our exacting specifications. I’ll check things like: neck relief, string height, intonation, fit and finish, electronics, etc. On any given day, I will work through about 20 guitars. 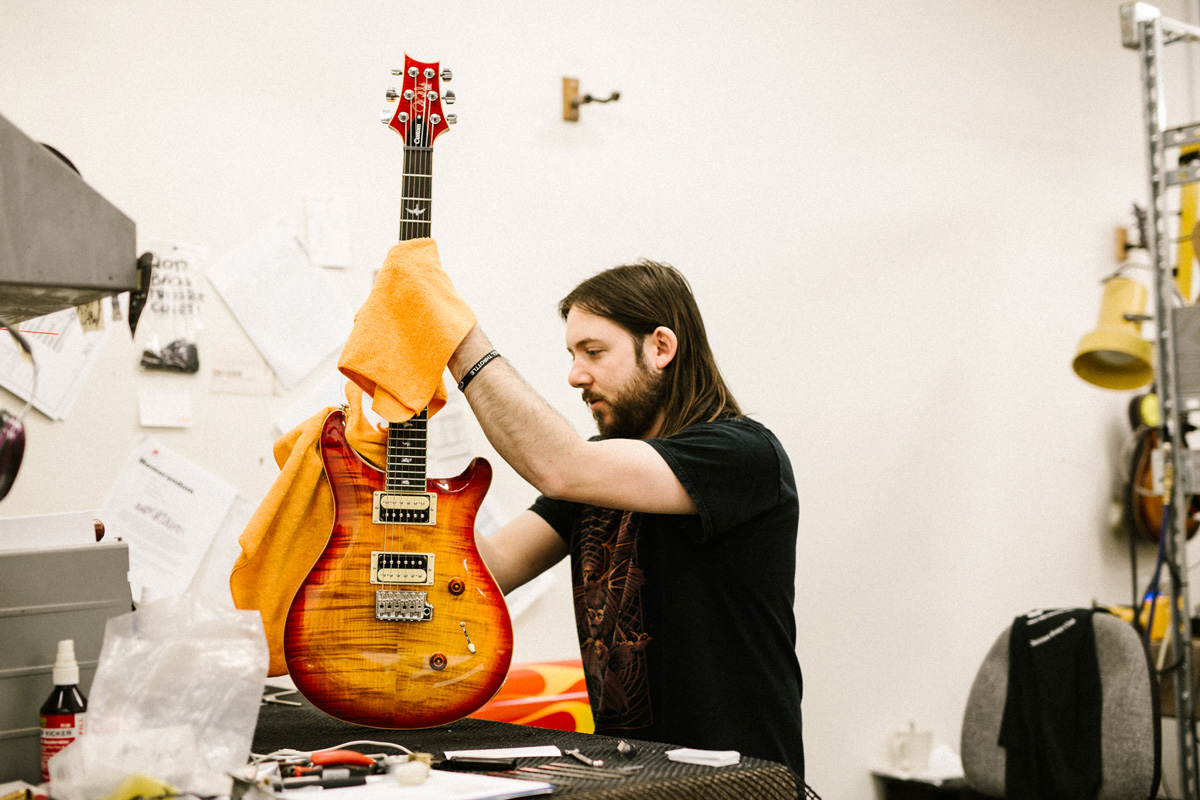 Tell us about your band, Red Hotts. What do you love about gigging and playing in a band?

TOM: I really enjoy playing music with people and being able to earn money playing guitar in front of a crowd. My band is a cover band and the members are really diverse so it’s fun to throw some R&B into a rock song or put a huge solo into a pop song to keep it fun. It can be hectic with the schedule of places we play (last year we played 105 gigs), but it is worth it. 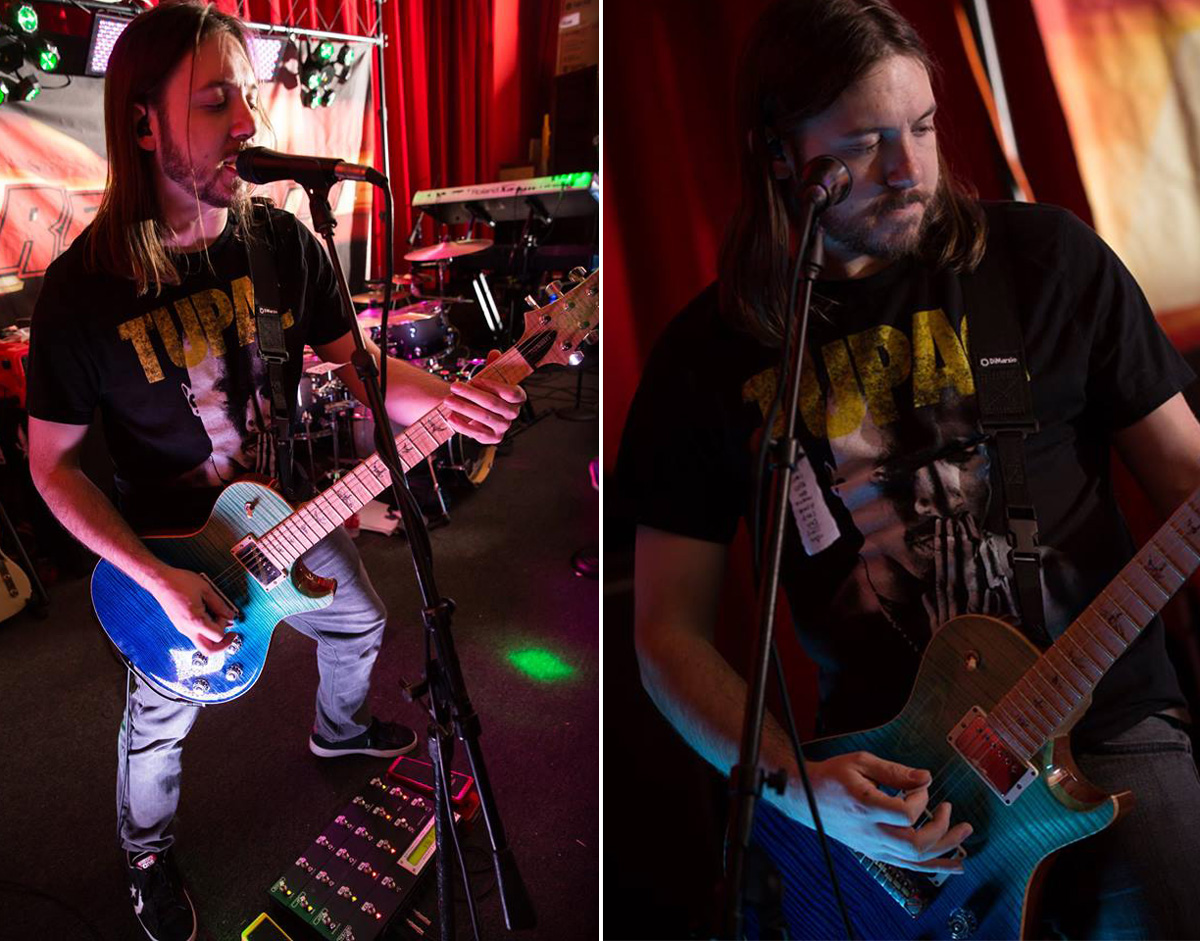 If you could travel somewhere for a month, where would you go?

TOM: Japan or just travel around the United States for a month.

TOM: In the SE line I love the 277 Baritone because it adds some cool dynamics with the lower tunings. It’s good for heavier music, but really comes alive when used outside of that realm.

In the Core line I’m a huge fan of the McCarty Singlecut 594 because it has some incredibly awesome sounds. The scale length really adds a lot to that guitar. I favor singlecut guitars over doublecut ones, and the Singlecut 594 is a perfect fit of old and new in one instrument.

Who is your favorite guitarist? Band?

TOM: Too many guitarists to count really. For me, the most influential would be Angus Young because he was the first musician that I heard as a kid that made my ears perk up. My dad would crank any AC/DC song way up in the car when I was young and it stayed with me. Also, Dimebag Darrell and James Hetfield for sure. My favorite band is AC/DC because it is the first band that made me want to play guitar and let’s face it….they’re the best rock band of all time.

To see the new SE guitars Tom and his team have been working on, click here!

Below are a few PRS videos Tom has been a part of!