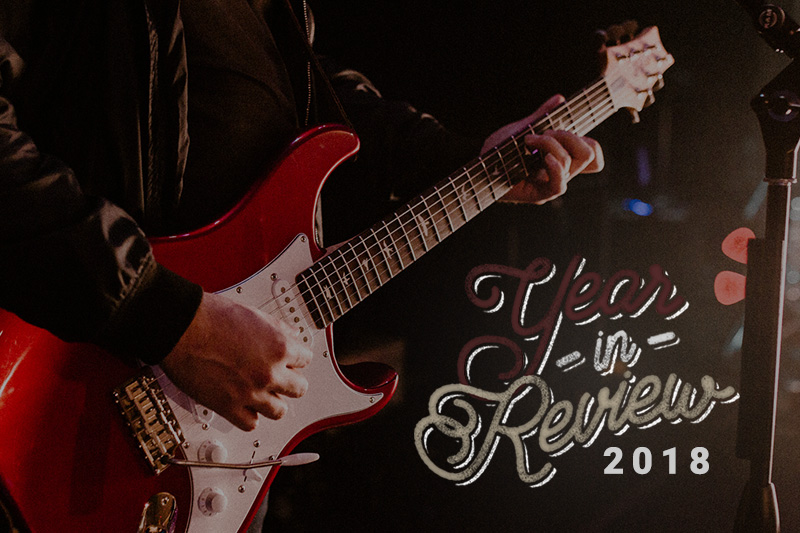 Believe it or not, 2018 is drawing to a close, and following the release of our first wave of new 2019 products, we thought it would be a great time to recap all of the wonderful product announcements and limited runs that have hit stores this past year. Let's recap below!

2018 started with a bang as we announced the all new SE acoustic lineup offered in six (yes, six!) varieties. Our goal? To offer players a wider selection of features than ever before, and no matter the model, to give musicians the perfect tool to utilize for songwriting, studio recording, or live gigging on stage.

If you missed it and want to dig in deeper, check out this blog to hear the demos and see these great SE acoustics up close! Also, we know this is a 2018 recap, but we would be remiss if we didnt tell you that we offered even more SE acoustics for 2019.

Exotic tops, a cool multi-foil finish, and even a lefty offering, 2018 was full of new and unique SE instruments.

Extended range players rejoiced with the release of our SE SVN. The specs are perfect for those who like to get heavy, jazzy, and everything in between: a wide thin neck, 26.5" scale length, a string-through plate style bridge, and our articulate 85/15 "S" pickups.

With a powerful voice suited for heavy rhythm playing and soaring leads, the SE Tremonti Standard was re-introduced with new Tremonti "S" pickups. Also unique to this and other Tremonti models is the trem-up route, try it and you may not want to go back.

Black Stone Cherry frontman Chris Robertson relies heavily on SE series instruments for his live playing and studio recording. For 2018 we worked closely with him to offer players something special, most notably a humbucker bidge pickup and soapbar neck pickup.

“The reason for the humbucker/soapbar pairing comes from my love of singlecoil neck pickups and soapbar pickups in general. The wide variety of tones the guitar is capable of with this set up is astounding! The middle position with the 57/08 split is beautiful. I hope everyone enjoys these guitars as much as I do!” – Chris Robertson // Black Stone Cherry

If you need a “desert island” guitar, look no further than the S2 Studio. Released in a limited order window, the S2 Studio took the Standard 22 platform into new sonic territory with a single/single/hum pickup configuration and updated switching system. This versatile setup allows for a whole new scope of sounds that are only possible with a three pickup guitar, whether you’re looking for punchy singlecoils, vintage scooped tones, or the chunky kick of a bridge humbucker. With seven combinations in all, the S2 Studio covers classic tones but maintains a unique voice.

Here's another great limited-window offering. Dustie Waring and Between the Buried & Me are known for a sound that is both heavy and melodic, lush and menacing. Dustie's signature model, the DW CE 24 “Floyd” accomplished all of this and more. We started with the PRS CE bolt-on platform and added a satin-finished maple neck, maple fretboard, a slightly modified Pattern Thin neck carve (Waring’s carve is slightly thinner front to back), and a Floyd Rose tremolo system.

If you were a guitarist on the internet sometime in 2018, you may have heard of the Silver Sky. As players slowly got John Mayer's Silver Sky into their hands, it captured hearts and minds within months of its March release.

“It’s been a dream of mine for years to design a guitar that includes some of my favorite vintage specifications but with a modern spirit and aesthetic. After two years of study and refinement, the Silver Sky is my vision of what a reboot of the electric guitar should look and feel like.” – John Mayer

The Custom 24-08 keeps all the same foundational specifications as the original Custom 24: a maple top, mahogany back and neck, 24 frets, 25” scale length, the PRS patented Gen III tremolo, and dual 85/15 pickups – but adds a new level of versatility with its simple switching system. Featuring mini-toggle coil tap switches (like the PRS 408 model), the Custom 24-08 has eight different pickup settings that provide an array of humbucking and singlecoil tones, including a dual singlecoil option unique for this model.

If you were one of the lucky ones to grab a slice of this 60-piece limited run you're likely very happy. The Private Stock Hollowbody II 594 Limited Edition brought a new set of features to one of our most beloved models – the Hollowbody II. With a fully hollow build construction, the Hollowbody II is a resonant guitar with warm, woody tone. 58/15 LT II pickups make the guitar sound exceptionally clear and musical, and volume and push/pull tone controls for each pickup offer plenty of versatility. The detailed additions of a two-piece bridge, 24.594” scale length, and Pattern Vintage neck carve impart old-school character to this already classic instrument.

Looking for a lunchbox sized 15-watt amp that can blow your pant legs? The MT 15 was born from a partnership with longtime PRS endorser, Mark Tremonti. A commanding two channel amp, its balanced aggression and articulation is powered by 6L6 tubes. This amp allows you to dig in heavy with rhythms but also get singing lead tones out of one amp. Whether recording, practicing, writing, or playing a small room, this amp has everything you need.

THE EVENT OF THE YEAR (okay, we're biased), but if you attended our factory open-house this year, we hope you had a special time!

Over 3,000 PRS fans from around the world were in attendance and dozens of musicians put on exciting performances from our main stage to our jam stage, clinic stages, and more. Check out the full event recap here.

At this year's event, we released five limited edition guitars. The order window closed in August 2018, but if you reach out to your PRS dealer they may have one for you! 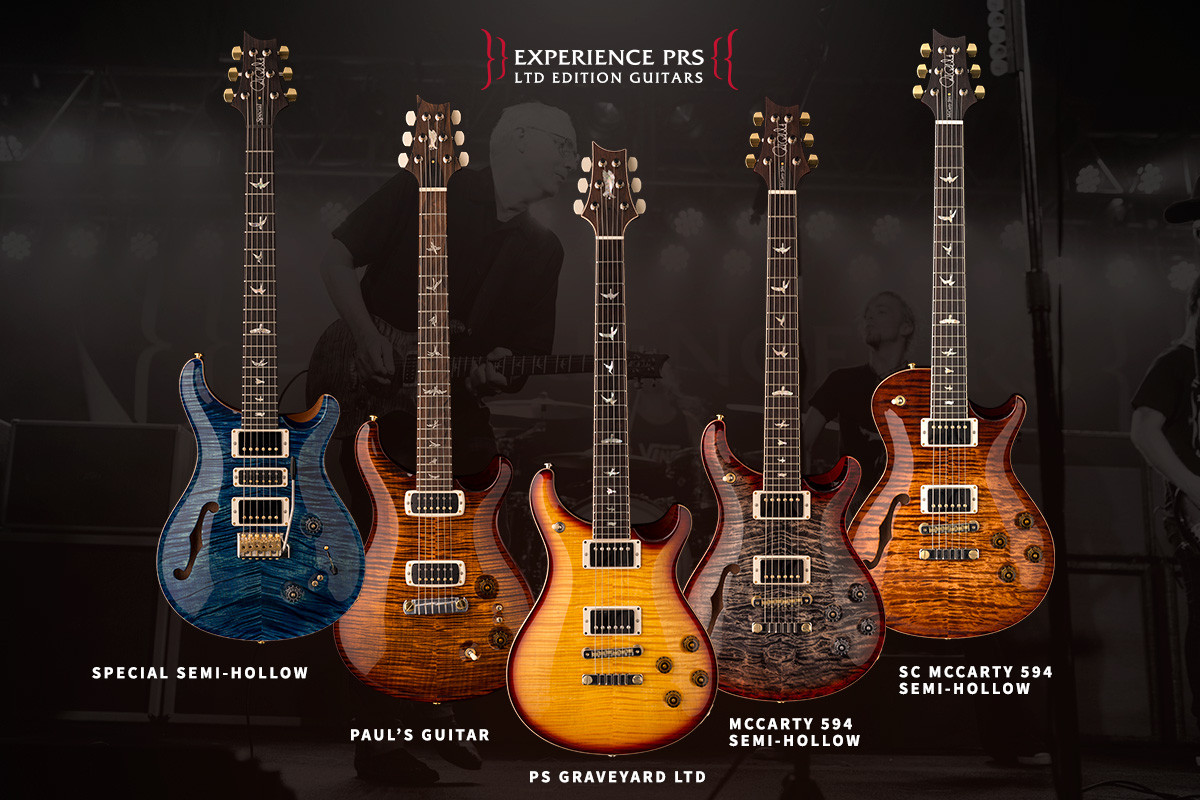 One of the unique releases at Experience PRS was the Graveyard LTD which used wood sourced from the top of a mountain on the East Coast of the USA. This mountain top is home to a Graveyard with Gravestones dated around 1884. The trees, forty feet to the first limb, are at least as old as the Graveyard they bordered. Our wood team was able to acquire a very unique batch of this curly maple to use for the limited run. And psst, for 2019 we just released the second wave of this limited run: Graveyard II.

PHEW, what a year! As we head into the new year, the team at PRS is still building the best instruments we can and loving every minute of it.

If you're a forward-looking individual, here's what we've announced so far for 2019 - it's shaping up to be a good one. Happy New Year!