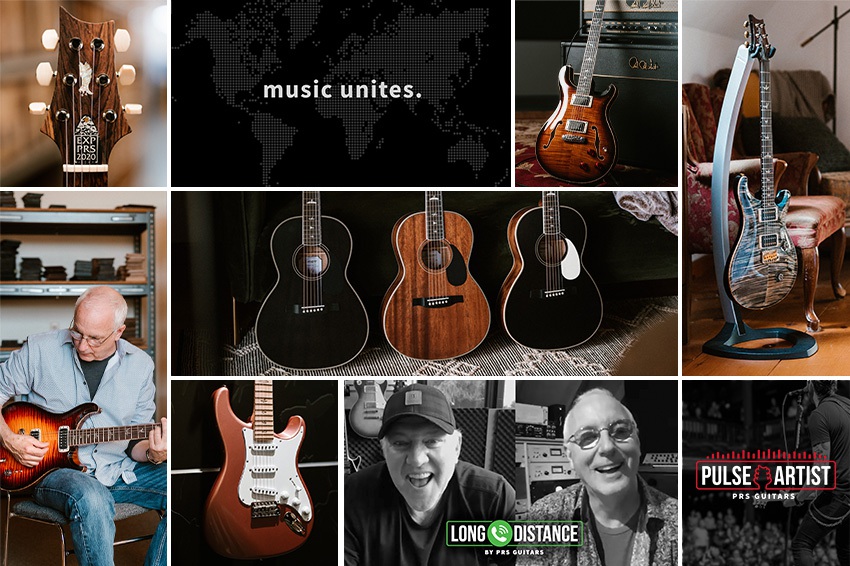 Well, the year is coming to a close. While many of us are excited to put 2020 in the rearview mirror, we’re hoping your year still had a few glimmers of joy and cheerful moments.

2020 was unkind to many industries, and the music and entertainment industry was no exception. As a company of guitar builders and music lovers, our hearts were burdened by the struggles many musicians faced - their livelihoods greatly impacted by the cancellation of tours and live performances.

Yet through it all, we’re humbled by how many musicians, beginners and professionals, young and old, are picking up PRS Guitars. We believe an increasing number of people are turning to music as a sense of comfort and joy in troubling times - and that is driving our passion for instrument making all the more.

Even with our factory closed for approximately 9 weeks and rearranged to meet new safety and health protocols, PRS was able to record our best year on record - a triumph only made possible by our hardworking employees, loyal PRS dealers, and passionate PRS fans - new and old. Thank you for sticking with us and sticking with music.

Below, we recap a few of the brighter spots of this year, including fun stats, a look back at 2020's new products, and cool projects the PRS team worked on.

In 2020, the PRS YouTube Channel saw more than 5 million views, here are the top 10 most viewed videos:

For the first time, we took to Spotify to curate playlists featuring a variety of music from PRS artists, and non-artists alike. We’re 7 playlists deep with more on the way, but you can listen to our diverse selection of current playlists by clicking the button below.

As we mentioned earlier, PRS products were more popular than ever this year. Here is a look at our most popular instruments and amplifiers across all of our product categories:

FIND YOUR NEXT PRS

In January 2020, the year kicked off seemingly normal with the 2020 NAMM show and a slew of new products.

A couple months later, we shut down for nine weeks, reset the factory floor and safety protocols, and had no idea how the year would go.

Later in the spring, we had to cancel our in-person ‘Experience PRS’ event that was scheduled for May, but we went virtual and over the summer, announced a few products that were previously planned to be part of the event.

But more than products came out of 2020’s strange, virtual world:

And we tried to give back to the music community and find new ways to come together. In addition to what we've already mentioned:

All of that + two more limited runs to finish out the year, Pauls 85 and an SE Parlor Acoustic in Powder Blue!

Phew! Now we’re gearing up for our 2021 Launch Party on January 14th and hoping 2021 brings some normal back!

Happy Holidays and here’s to a Happy New Year!