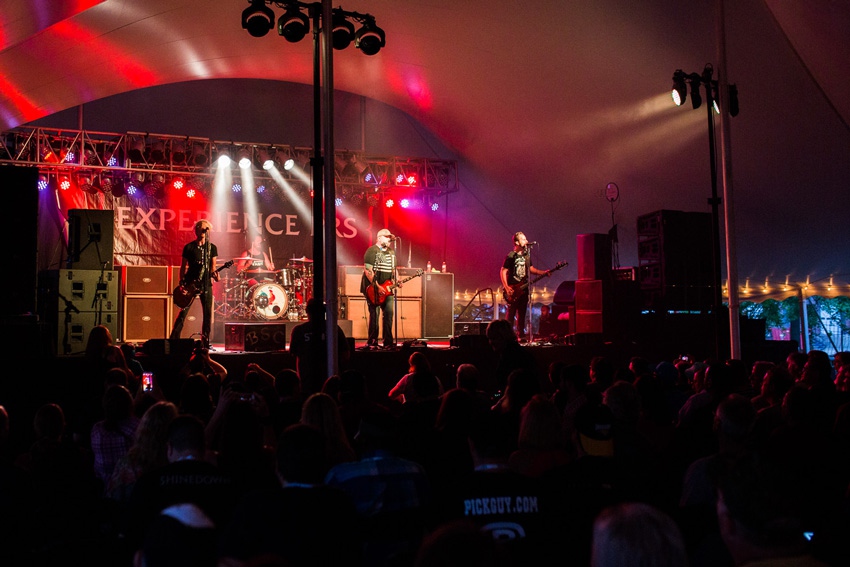 "The Human Condition" was produced by the bandmembers themselves and tracked in BSC bassist Jon Lawhon's recording facility, Monocle Studios. The release was completed mere days before the COVID-19 lockdown was imposed and as events progressed, it became apparent that the album the band was completing featured lyrics that were eerily prescient.

We interviewed PRS artist and Black Stone Cherry guitarist Chris Robertson about the new album below.

PRS: Black Stone Cherry’s newest album The Human Condition was self-produced, as was 2018’s Family Tree. What lead to the band pursuing self-production and do you think this is how you will handle all future records?

CR: I think more than anything we payed attention to what the producers we worked with in the past, and what we were feeling at the time. That said, our decision to self-produce our music has been one of the greatest ever for us! I absolutely think we will continue to record this way in the future.

PRS: What can we expect from the new album as far as its themes and overall sound are concerned?

CR: It’s heavier and punchier than Family Tree and our blues EP’s were. That was the one thing we had in mind and all were agreeing on when we went into the studio.

PRS: What guitars and effects did you employ while writing and tracking for The Human Condition?

CR: Almost all of my rhythm tracks and about 1/3 of the guitar solos I did on the record were recorded with an Indonesian made version of my signature PRS that I modified with SE locking tuners and an 85/15 “S” bridge pickup!! That guitar is more lightweight than my others and has a different midrange a little. I love it. Effects wise, I used a prototype of my new Analog Pedals signature series Dos fuzz, it’s essentially modified versions of two of my favorite fuzz circuits in one! The other effects I used were a standard Crybaby wah, an original Shin-Ei Univibe, an octave multiplexer and a Strymon blue sky!

PRS: Historically, who have been the most influential guitarists on your own playing, and are there any up and coming guitarists that have your attention?

CR: My dad and grandpa will always be the two responsible for my playing. As far as world famous ones though, Hendrix, always Hendrix, the Skynyrd lineups, Clapton and Tony Iommi have always ranked very high. I gotta say though it was “Ain’t Talkin ‘Bout Love” and EVH’s solo on that song that got me into lead guitar. As far as up and coming or newer, I really dig what Ayron Jones is doing - it is just brutally honest. I’ve seen some pretty amazing stuff from Marcus King as well!

PRS: What are Black Stone Cherry’s plans for the immediate future, following the release of The Human Condition?

CR: We are waiting to see how the world handles the pandemic. I mean, essentially, we (all touring entertainment industry workers) are all at the mercy of the virus and how it’s handled. Here’s to a healthier more proactive tomorrow, that way we can get back to shows sooner!!