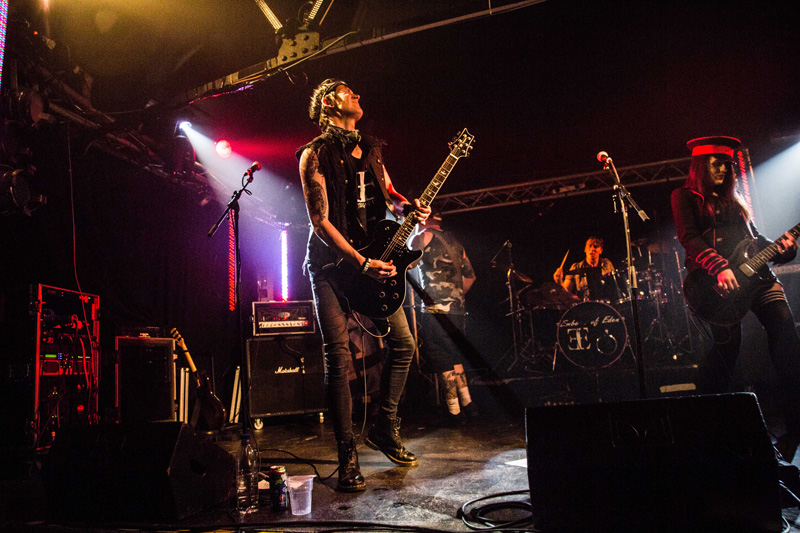 Since the release of their debut EP Call To Arms in mid 2015, Embers Of Eden have been working on new material, resulting in a more refined anthemic, groove laden offering. 'Dark' is the first taste of the new sound from the band, sure to thrill existing fans and enlist a whole new faction to the Embers Army. Below you can hear the single, see photos of the band, and read our Q&A with band members Alex 'Lexxii Embers' Dumbiotis and Oli White. 5 Minutes with Lexxii & Oli PRS: How did you start playing music/guitar? How old were you? Oli - I started playing guitar at age 15. I was turned onto music by my father, whom has always had an eclectic collection of records. I remember discovering a copy of Guns N' Roses "Appetite For Destruction" A week later, he had taken me to purchase my first guitar. Alex - I was lucky enough to be brought up in a very musical household (My Dad plays guitar and sings), so it was only natural that I should want to pick up the guitar. I remember being about 11 and having just stumbled into the world of Guns N Roses and Metallica – all I wanted to do was be able to play like that – so I asked my Dad if he'd teach me how to play. He gave me my first lesson on his CE22 (Which I later bought from him when I got my first job) and that was that! Addicted from the start. PRS: Who are your 3 biggest influences? Oli - For as long as I remember, Mikael Akerfeldt has been a huge influence on me. I'm a massive fan of his amalgamation between single note and chordal riffing. The atmosphere and almost mystical vibes they achieve within their (Opeth) songs are definitely something I strive to achieve. Mark Tremonti is also a main-stay in my influences, I've always been drawn his approach to solos and percussive riffs. Lastly, I've got to say, Zach Myers... massive, massive riffs! Alex - From very early on I always looked to James Hetfield as both as guitarist and a front person. He had and continues to have a huge influence on the way I play guitar. I've got him to thank for my aggressive picking hand and my love of the monster riff. Discovering Mark Tremonti was another huge one for me, his work in Alter Bridge completely blew me away. From the beautifully constructed intricacies of Broken Wings, to the absolute raw riffing power of Metalingus and beyond, I still get super excited at any new music from him. Another huge inspiration for me as a guitarist and a front person is the incomparable Myles Kennedy. As a vocalist he's really second to none, and has the guitar chops to match. Between him and Mark Tremonti I don't think there's a double guitar attack more threatening! PRS: Describe your warm up routine before you hit the stage. Oli -Before I hit the stage, I like to be physically warmed up, some press ups, star jumps normally do the trick! Then I'll spend at least 20mins running through the solos of the set. Alex -Before a show if I can I like to go and find somewhere quiet to run through a set or two of vocal warm ups, stretch out a bit and try to get into the headspace I like to be for a show – it's a bit like putting on a mask when the hat goes on! 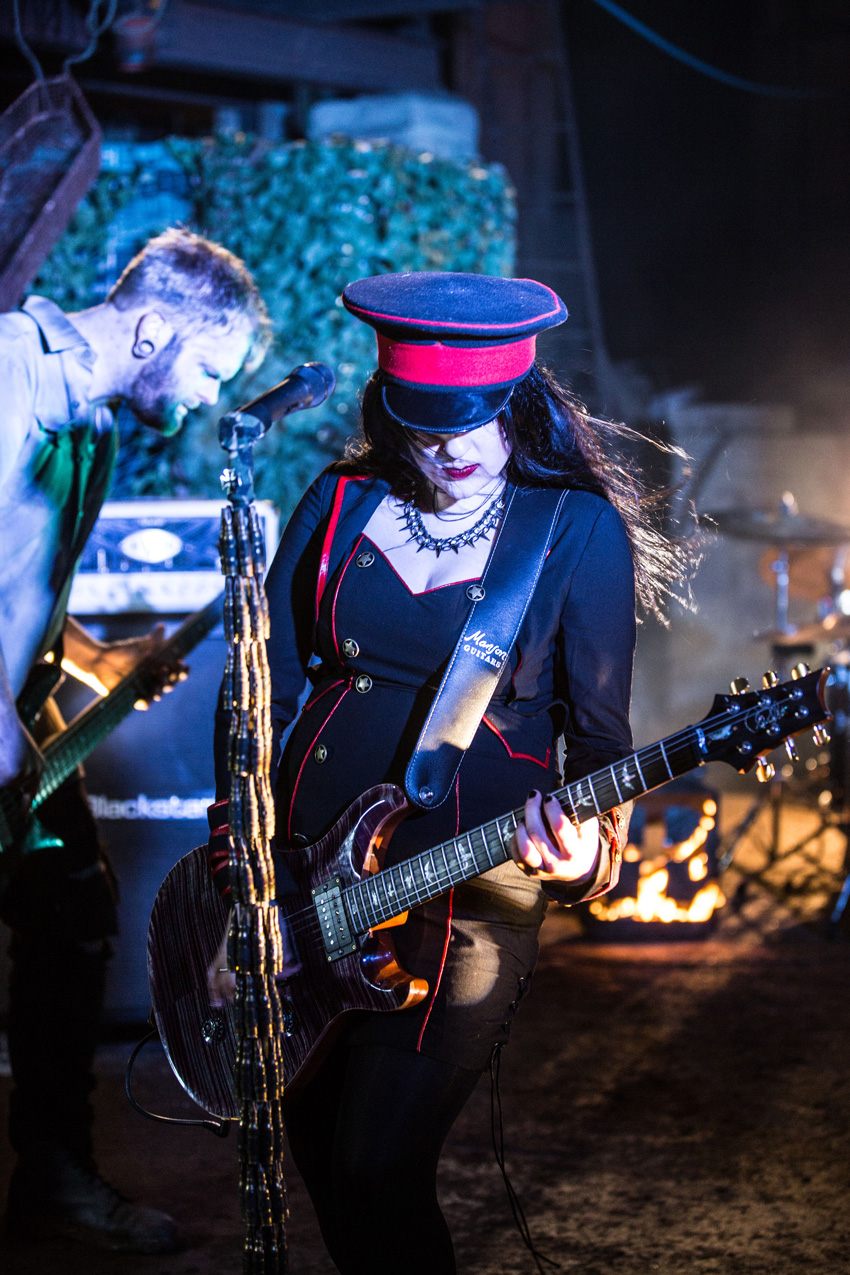 PRS: What attracted you to PRS guitars? What PRS models do you currently play? Oli - Having do many of my musical idols play PRS guitars, I naturally gravitated towards them. Their look on stage always stood out for me, coupled with such effortless playability, craftsmanship and tonal variation made them the perfect instrument ! I currently play a CE 22 and a Tremonti SE. Alex - Again, I can thank my Dad for that. He was the one who first put a PRS in my hands and as cliché as it sounds, it felt right. It was one of those things that you can't explain, from the way it felt, the way it played, the incredible tones, the way it looked. I experimented with other guitars for a while as you do when you're learning but it didn't take me long to come back to PRS, which is where I've stayed put ever since. Feels like home! I currently play a '98 CE22 which is my pride and joy, and a very beautiful Custom 24 Artist Pack. 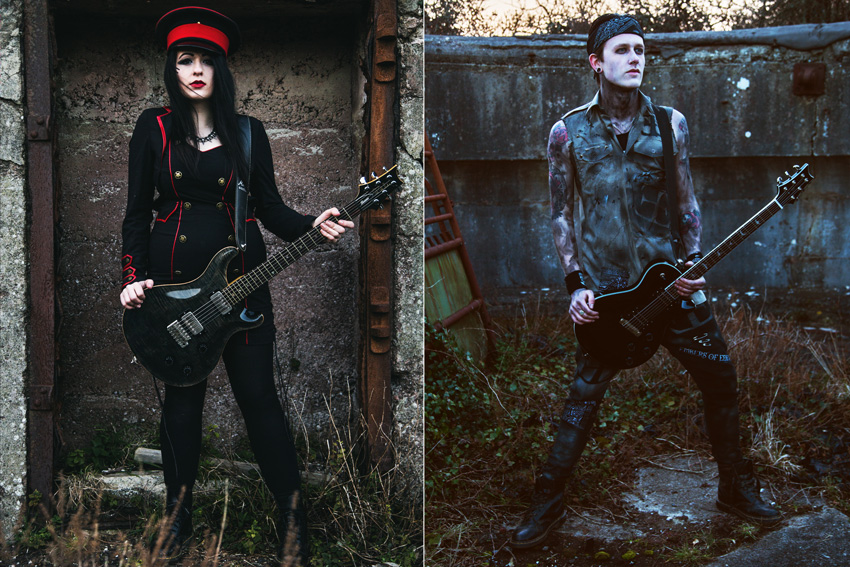 PRS: Do you play any other instruments other than guitar? Oli – I don't play any other instruments. Alex - I tried to learn piano as a child, but when guitar came into my life that was promptly forgotten about! PRS: Describe your creative process when writing and recording new material. Oli - We have a very collaborative approach to both writing and recording. It's rare the song is the same from it's inception to the finalized recording. With that being said, typically I'll bring a series of riffs and ideas to the band, of which we'll just jam out. I'm a strong believer in an organic style writing process, hundreds of ideas that we'll sift though... you know when you've come up with something great, we'll all feel it. In the studio is no different, we've never been a band to shy away from new and sometimes mad ideas! If it sounds great, we'll use it! Alex - Writing music in Embers of Eden is all about the team work. We might start with one riff, and by the end of the session have something entirely different. We may throw out hundreds of ideas in the process but that's just us working through all the options. I think if you have to force the writing process of a song, change it up. The best songs are felt, and should come together in some form of exciting, spontaneous combustion. We have a lot of fun in the studio, and adapt the same kind of mindset of not being afraid to try things out – you never know where it might lead! The studio is where our creativity can go up a notch too, the bones of the track are in, and this is where we can try anything from reversing guitars to trying to get am audio sample of the studio cat (No animals harmed of course) in order to really create our vision of the track. Anything goes! 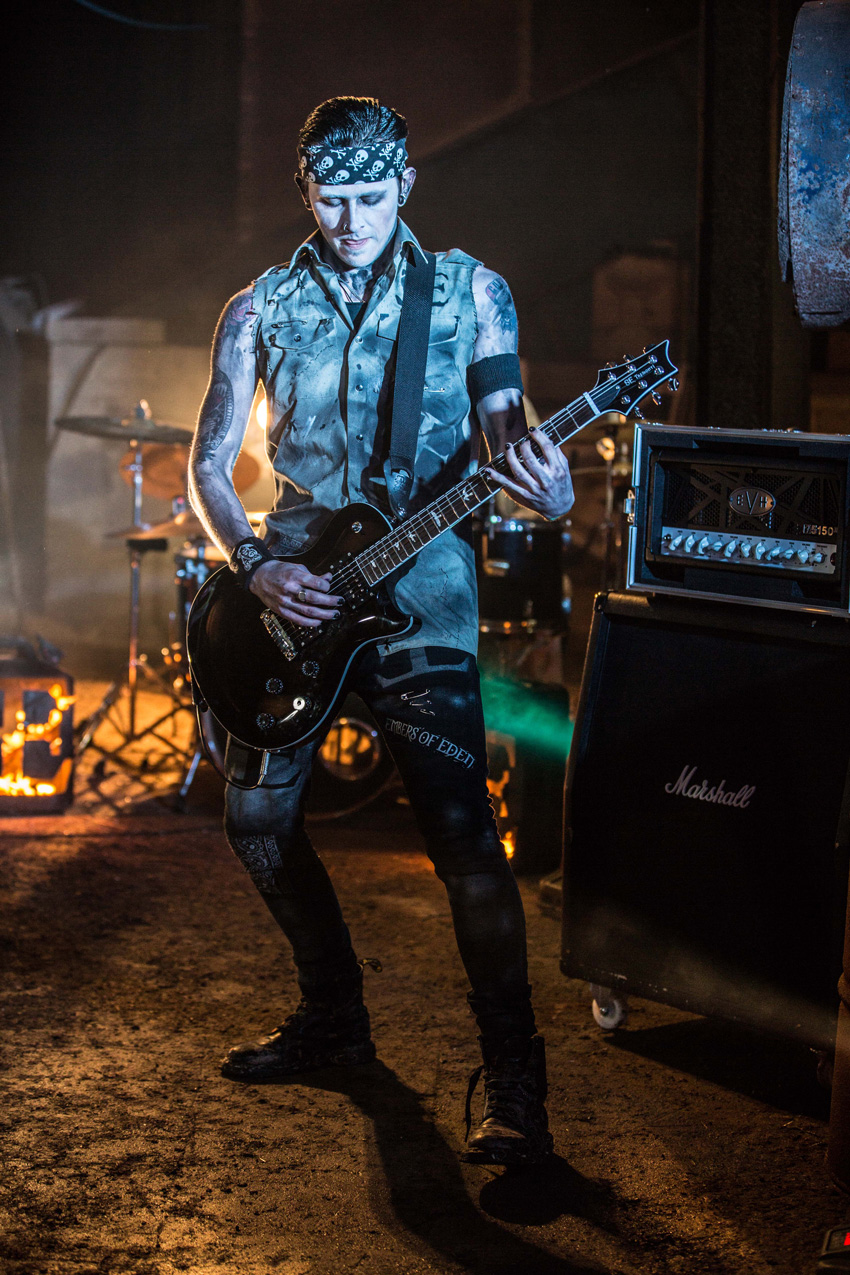 PRS: What's your favourite food? Oli - Indian food, without a doubt ! Wherever we are, I'll scout a takeaway out. Alex - My heritage wins out on this one. You can't beat some proper Greek food! Souvlaki, Kleftiko, Olives and a proper Greek Salad. It's the best! PRS: When you aren't writing music or touring, what do you like doing in your free time? Oli - Free time ?? I'm not sure what you mean? I'm a huge horror movie fan, so any down time we have is spent checking out the latest releases and old gems I've never seen. I take a lot of inspiration from horror movies when writing for Embers. Alex - Free time is at a bit of a premium around here, but if I do get some free time a like to indulge my inner book worm. Put anything by Anne Rice in my hands and you'll lose me for hours! Music Check out the music video for Embers of Eden's new single, “Dark.”