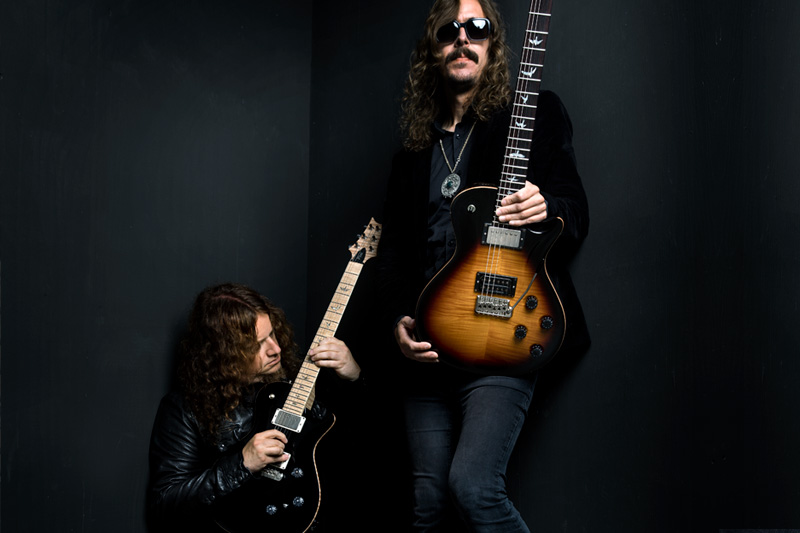 Opeth is set to release their newest album, In Cauda Venenum, on September 27th. We asked PRS artists Mikael Åkerfeldt & Fredrik Åkesson a few questions about the writing process, their PRS instruments, and more. Give it a read below.

PRS: Opeth’s new album In Cauda Venenum releases on September 27th, could you provide us with some insight into the album’s title and the decision to release parallel versions in English and Swedish?

Mikael Åkerfeldt: Well, I have always wanted a title in latin ever since I was a youngster. I always thought it looked cool. The aesthetics are still important to me so the way it ”looks” is almost as important as the actual meaning. It just so happened to be that I stumbled upon this term that roughly translates into ”the poison is in the tail” which is referring to the poisonous tail of a scorpion. The reference is a unwanted or nasty surprise at the end of something. It just worked for me on many levels. My main reason for using it is that I always treat each new record as a potential last album for us even if I want to stress that I hope this is not the case. But it keeps me on my toes. If we go out, we go out with a bang and a rather tidy protocol.

PRS: In terms of writing and production, what if anything has changed in your process since the recording of Opeth’s previous studio release Sorceress?

Mikael Åkerfeldt: I wrote more or less incognito. Nobody knew I was working on new music as I had told everyone I was going on a sabbatical of sorts. Now, writing music is always a pleasure to me, but perhaps moreso this time around since nobody was pestering me trying to book us up for future tours or anything like that. I had fun. I hope you can tell when you hear the record. It’s a bit more elaborate than any of our previous records. More epic I guess. I wanted to focus on my favorite type of music which is that kind that tug at your heartstrings. Music that could potentially make you cry. Music that’s ”more” than music. 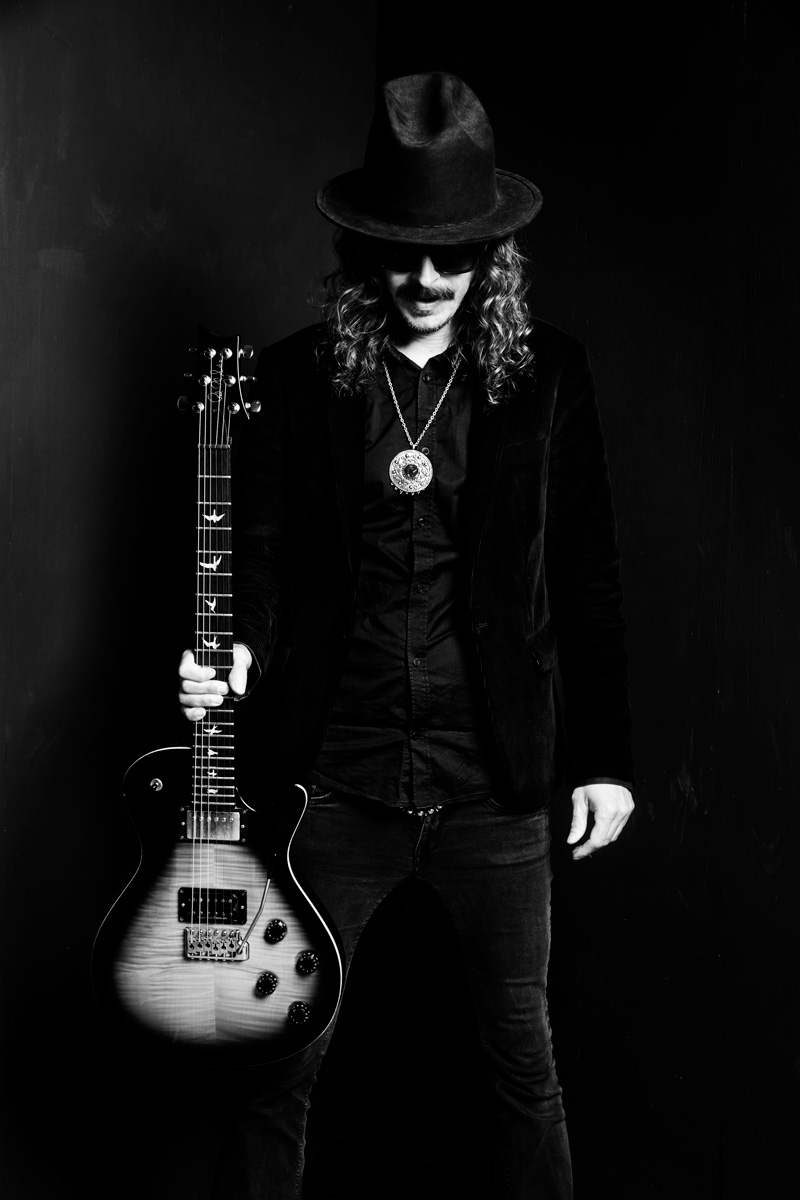 PRS: Two songs have been released thus far, “Dignity” (Svekets prins) and “Heart in Hand” (Hjärtat vet vad handen gör). The electric guitar tones on these tracks are rich and refined, what have been the primary influences behind this sound?

Mikael Åkerfeldt: Myself and Fredrik go through all options. Especially Fredrik loves to A/B test things. Everything from guitars via amps to pedals. I’m more restless I guess. ”Let’s go!” type of guy. But I’m really happy in retrospect that we paid so much attention to these details. We have toned down the crunch quite a lot over the years and go for more of a human sound. That goes for all the instruments I guess. I want to hear the human behind the instrument. We also make quick decisions and record all the effects as opposed to adding them later in the mix. It’s kind of old school I guess, but I find that it’s very beneficial to make decisions early on.

Fredrik Åkesson: There is an amp builder walking distance from my house called Ohlsson amps. And we have been working on a gain structure for a couple of years for a 20w amp. Right before we went into the studio John built us a 100w amp that made it for the rhythm guitars on the album. The lead tones where a mix of old plexi amps and Friedman amps. We had a wide selection of PRS and vintage guitars so we really made selections of witch guitars suited the sound frame for each song.

Listen to "Heart in Hand" below:

PRS: Which PRS guitars are you guys currently favoring out on the road and what guitars were used during the recording of In Cauda Venenum?

Mikael Åkerfeldt: On tour I almost exclusively use my beloved P24’s, I have three of them on tour most of the time. I love them. They cover everything I need, much thanks to the piezo bridge which is also a tremolo bridge. I have had a lovely McCarthy II out on tour as well. It’s got a fixed bridge which works for the ”Sorceress” title track since the E string is then tuned down very low. To a ”A” low octave. In the studio we don’t discriminate but use whatever the song needs, so there’s all sorts of guitars on there. PRS’s but also Fenders and Gibsons and Martins. I even used an old Bjärton for the nylon string parts. And a Levin lute from the 60’s! As far PRS's go I think the main one we used was Mark Tremontis signature. I also have the JA-15 (the jazz hollow body you guys did) for the song ”The garroter”. The PRS Angelus is on there. I remember pestering Paul to get one during a NAMM fair dinner we had together. I ordered ”more wine” on his tab, and when he was nice and relaxed I moved in for the kill. He wrote something on a napkin, gave it to his co-worker, winked his eye and said: ”It’s yours, kid!” Total Sopranos style. I absolutely love it!

Fredrik Åkesson: My main is my grey black P245 that I also used for many of the solos on the album. Also very fond of my 594 Blackgold I really like this scale length. The SC245 is also a fantastic work horse. We use the piezo live a lot. 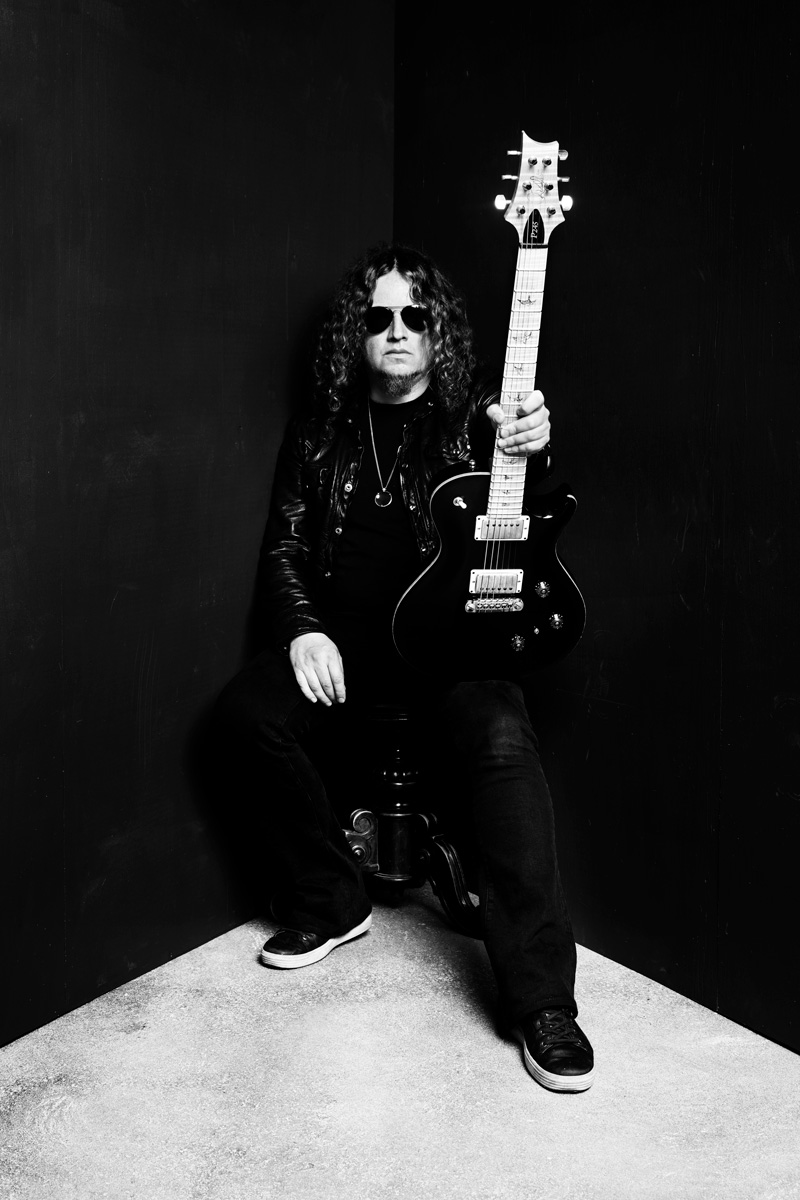 PRS: European tour dates in support of In Cauda Venenum have been announced through the end of the year, with additional stops in India, Japan & Australia. Can we anticipate a North American run in 2020?

Mikael Åkerfeldt: Yes you can. We’re looking at mid February to mid March or something like that. We’ll play some nice places. Like 2 nights at the Apollo in Harlem. We’re also playing in China, Hong Kong, Shanghai this year. A Scandinavian tour is happening in January 2020, and we’re also looking at South America for May 2020. Unfortunately a gig in Greenland was cancelled. The promoter simply disappeared. That’s a shame. It would have been a loss affair, but the deal included whale watching and stuff like that. It’s not happening now however.