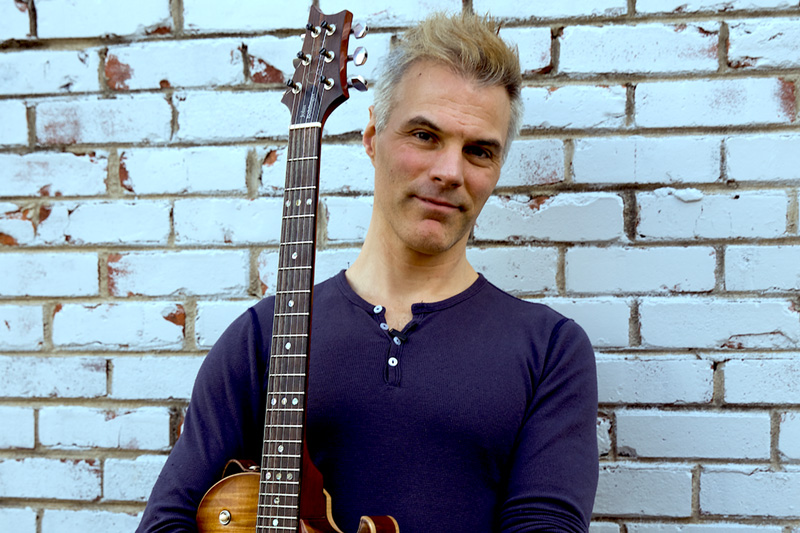 You may recognize John Bohlinger from the hundreds of gear reviews he’s filmed as Premier Guitar’s resident demo artist.

Along with his work for Premier Guitar, John has 15 years of uninterrupted work as a band-leader and music director for a number of TV shows and is currently on his 9th year working as the band-leader and music director for the CMT Music Awards. You’ve probably heard his work; literally hundreds of Bohlinger’s songs are on albums, films and television.

Bohlinger’s chops in the studio and on stage have been put to use alongside popular artists like Sheryl Crow, Miranda Lambert, Jordin Sparks, Joe Walsh, and The Beach Boys, to name a few.

Although John is a multi-instrumentalist routinely switching between pedal steel, mandolin, dobro, banjo, harmonica and bass, he is first and foremost a guitarist, and can often be seen using select PRS models on his various gigs.

We took some time to ask John a few questions about his career in Nashville, check it out below.

PRS: Tell us about your current gig with Premier Guitar. How did you land the gig, and what’s your favorite part about the job?

JB: About a decade ago I cold-called PG, pitching a column I had written about being a working musician. PG liked it and made me a monthly columnist. Eventually, my column, Last Call, became so popular that PG moved it to their coveted back page of the magazine. All the while, just for fun, I had been posting youtube videos of my PRS guitars, so my fellow guitar nerds could hear them. PG saw the videos and asked if I’d like to join full time. It’s a great gig: PG let’s me work around my touring schedule. Now, when I get home from the road, there’s always a big piles of amps, pedals and guitars waiting for me.

Worse part: Sending it back.

PRS: What do you think is the most important skill a session musician should have?

JB: Must play well with others.

PRS: You’ve had a fantastic (and diverse) career as a musician in Nashville, what piece of advice to you have for a young guitarist trying to “make it” in music?

JB: Don’t worry about your career trajectory. All the business stuff will work out if you focus on making good music and being good to everybody.

Below, check out a few examples of John’s lesson & demo work with Premier Guitar.