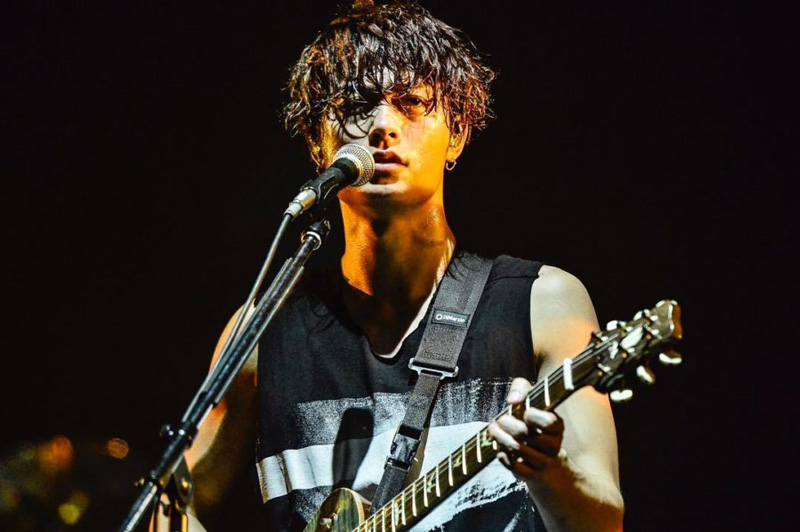 Japanese rock band One Ok Rock formed in 2005 and has since taken the world by storm. Their newest album, Eye of the Storm dropped on February of this year. Below, read our Q&A with PRS artist and One Ok Rock guitarist Toru.

How long has Eye Of The Storm been in the making?

Toru: About 1 and half years…which is longer than usual for us.

How would you say this record differs from our previous record(s)?

Up until now we did a lot of heavy guitars and layering, this time we decided to go with a more simple often single guitar sound. The whole “less is better” idea to really help the vocals stick out and shine.

You have a variety of PRS guitars – what is it that attracts you to this brand?

Toru: I’d say the overall balance. There are so many guitar makers out there but I think PRS really takes the best from everyone and then even pushes the bar further to make it really high quality. Even though all the models are different, I’ve never felt like there was a “bad” PRS guitar.

What is your favorite PRS model and why?

Toru: I’d have to say my Private Stock single cut. From the way it looks, to the way the low-mid sounds on it, especially when I play it on front pick up, I love it.

Name 3 things that you feel have attributed to the global success of this band.

Toru: 1. I think we still have a way to go to worldwide success, but I think it’s a sign of the times that we were able to start off with no label support because of the power of the internet and the different ways people can find new music. 2. Honestly, I think we have a great live show. I wish everyone that is attracted to our music would have at least once chance to come check us out live. That really attests to the power of music. 3. It doesn’t matter that we are Japanese or anything like that. We just kept making the music we love.

Do the fans in different countries respond differently to your music?

Toru: Yea totally. In America if we sing a ballad everyone is singing a long, clapping hands and kinda doing their own thing. In Japan it gets reallllllly quiet. It’s like they are hanging on your every word.

When you aren’t writing music or touring, what do you like to do during your free time?

Toru: I love cars and I just got a new one. Just love driving around.

Do you have any advice to share with emerging J-Rock bands?

Toru: I think there are a lot of hard times that come with touring and writing music…but in the end you just have to trust your band members. If you trust each other and everyone is all looking towards the same goal, the future will definitely be bright.