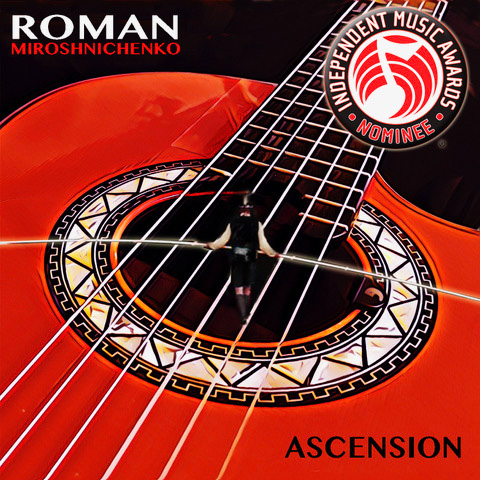 Al Di Meola, the legendary guitarist, commented on the release: “Roman's adventurous complex playing and songs take the listener on a tour de force journey. Carrying on with a great tradition of fusion well done!" The album included an electric version of Roman's Award-winning song Alien's Dream, which was written for the latest project World Of Guitar Trio (15th IMA multiple winner) and is dedicated to one of the greatest guitar players of all time, Steve Vai, who very kindly responded to the new release: “Congratulations on your record! And thanks so much for the touching Alien’s Dream. It’s quite beautiful! I like music that has some rich changes and cool melody!" Previous IMA Winners and Nominees including: George Benson, Jeff Healey, Larry Carlton, Meghan Trainor, Macy Gray, among many others; and influential press and talent buyers from the Americas, Europe and Pacific Rim. Winners will be announced at Lincoln Center for the Performing Arts in New York City on March 31st. -- Learn more about the Independent Music Awards.
← Back To Blog